Time May Slow Jackie Chan, But It’s Not Stopping Him 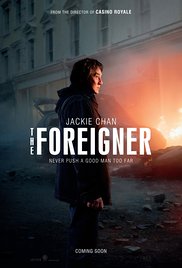 We don’t allow our action stars to retire anymore.  Instead, we’ve created a subgenre of films in which they prove that the old folks still have it – in the Red films or The Expendables franchise; in Taken and its sequels or the upcoming remake of Death Wish.  These are all movies with action heroes in their 60s and even 70s.  I once saw this genre called “Dadcore”, but let’s be honest.  That’s not so much Dadcore as Granddadcore.

So is The Foreigner, starring 63 year old Jackie Chan and 64 year old Pierce Brosnan, simply another entry in this cinematic rage against age?  Well, yes.  But it’s an exceptionally good one, and both leads get credit for the film’s success.  The Foreigner is based on a 1992 novel by Stephen Leather called The Chinaman.   The film’s title change may be less offensive, but it’s regrettably bland.  Fortunately, the film is more interesting than the title.  It’s both a paternal revenge quest (like Taken) and a political thriller.  Although the film is set in the present, it’s villains are a blast from the past – IRA terrorists (a new, rogue batch) setting off bombs in London.  Jackie Chan plays Quan Ngoc Minh, an immigrant restaurant owner whose daughter is killed in the first bombing.  The loss of his teenage daughter (after the much earlier deaths of his wife and other children) leaves Quan with nothing to live for, except to see his daughter’s murderers pay for what they’ve done.   When the police can’t provide answers, the grieving father packs up and heads for Belfast, where he becomes a thorn in the side of Liam Hennessy (Pierce Brosnan), a politician with roots in the pre-peace agreement IRA. 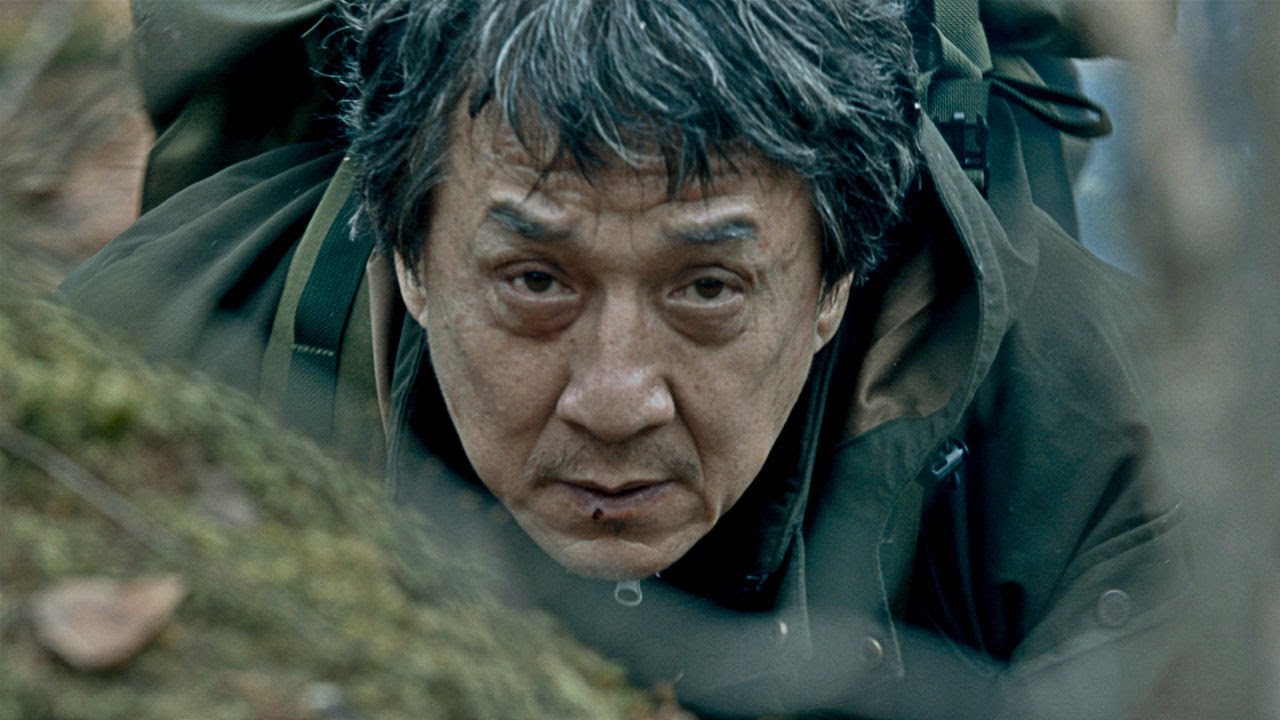 Quan’s hunch that Hennessy can provide answers seems to be based on flimsy evidence, but he is insistent – and correct.  His campaign to be given the names of the bombers starts politely enough with a phone call, but it escalates quickly.  The only real humor in The Foreigner is seeing Hennessy’s exasperated response to being beaten at every turn by a small, tired-looking, Asian man.

As I said, The Foreigner is part revenge film, and Jackie Chan is at the center of that storyline, pummeling and being pummeled.   He did most of his own stunts for the movie, and his fight choreography is still a beautiful thing to behold.  Quan is far more than just a restaurant owner.  He has, to borrow the obvious line, a very particular set of skills – not just in hand to hand combat but in bomb-making, trap setting and wilderness survival.  Is it all plausible?  Perhaps not, but it’s fun to watch.

Pierce Brosnan almost seems to be in another movie, centered on the political intrigues within both the IRA and Hennessy’s own family.   Hennessy’s built a career on working with the British government while also trying to maintain control of the IRA’s more belligerent factions, but the reins are slipping from his hands as the bombs continue to claim innocent victims. While Jackie Chan’s physical performance is a wonder, Brosnan’s emotional range is put to equally good use.  Initially smooth and charming, he becomes increasingly ferocious as he faces threats from all sides.  His eyes narrow, his voice grows rougher, and the ruthlessness of Hennessy’s past seems to push its way to the surface. 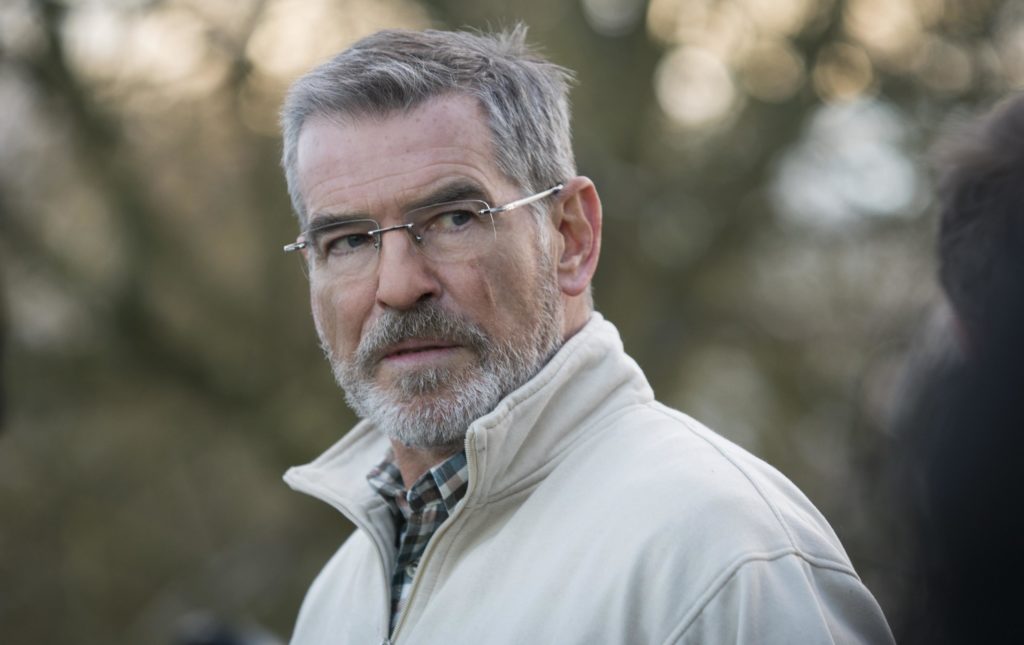 The Foreigner’s plot is dense and occasionally confusing, but the tension never lets up.  It also raises interesting questions about how a terrorist organization can ever really transition to respectability politics in just a few decades.  Is there a poisonous root that will always threaten to grow back?

I initially thought it odd to have the IRA – such an old school terrorist threat – in a modern setting.  But there’s a subversive response to bigotry and jingoism in The Foreigner.  It’s a reminder that Western Europeans, recently so concerned with threats of terror from “out there”, have a long history of killing each other – no foreigners required.  And the casual racism that Quan meets early in the film is given a very literal smackdown when this unassuming figure, condescended to by those in power, shows them who he really is.

The Foreigner was directed by Martin Campbell (GoldenEye, Casino Royale).  As labyrinthian as the plot is, Campbell never lets the suspense slacken.  He also never lightens the mood:  the foreigner is grim and brutal, and virtuous characters are in short supply.  Politicians are unscrupulous, police are ruthless, and the only justice a man will get is that which he seizes for himself.  If this is Granddadcore, it’s just the right kind for this cultural moment.