Tree  (Jessica Rothe) is a self-centered college student who wakes up in the bed of a man she just met the previous evening after what appears to have been a drunken fling. She is confused and angry and takes it out on everyone the rest of the day, from strangers to her roommate to a guy she went on just one date with who seems to think she owes him more, to her father, to her professor she is having an affair with, and the list goes on.

She ends her anger-filled day, after treating everyone like crap, to finally be murdered by a maniac in black who uses the school’s creepy mascot head as a mask. Then she immediately wakes up again in the bed of the same student she slept with the night before, Carter (Isreal Broussard), and everything appears familiar. She goes through the day again, treating the boy she ghosted (Caleb Spillyards) terribly, her roommate (Ruby Modine) terribly, and everyone else who comes in her way terribly. Then she ends this day by being murdered. Then wakes up in Carter’s bed again and…

Or Groundhog Day meets Scream. That would have been much quicker. 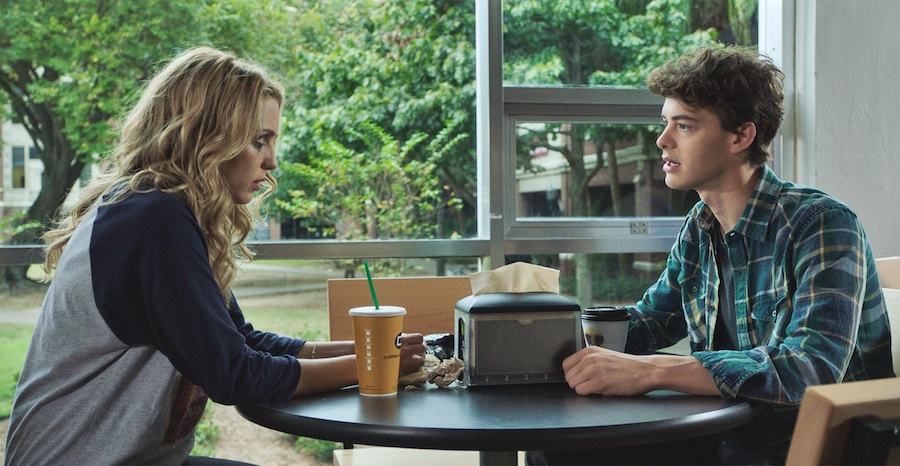 Happy Death Day is a high-concept horror movie that wears its 80s influences on its sleeve, and on the dormitory walls in the form of posters. The script is hardly brilliant, and even for what it is, it could have been smarter. But there is something about the movie that makes it hard to dislike. Even if the plot feels like an exec at a studio came into work some Monday too hopped up on coffee and yells “Groundhog Day meets Scream!”, it works.

The writer (Scott Lobdell)  and director (Christopher B Landon) have their hearts in the right place and their intentions turned up to best.

The film feels like the antithesis to a movie from this year that I hated, A Cure For Wellness. That was an example of everything a horror movie shouldn’t be: smug, self-indulgent, pretentious, lacking of any fun and not nearly as smart, scary or any other positive qualities it thinks it possesses. The awareness, spirit of fun and sweetness in Happy Death Day allows you to forgive its flaws.

Happy Death Day isn’t ultimately about how Tree is going to make it another day or who the killer is, even though a completely unnecessary and silly plot twist at the end almost derails the movie and makes me think the director isn’t quite in tune with what I appreciated about the movie. However, it is a movie that feels like a throwback to an 80s horror, but with a John Hughes heart (big Sixteeen Candles nod towards the end), and about the power of being a good person, but also knowing the politics behind what makes you that good person. 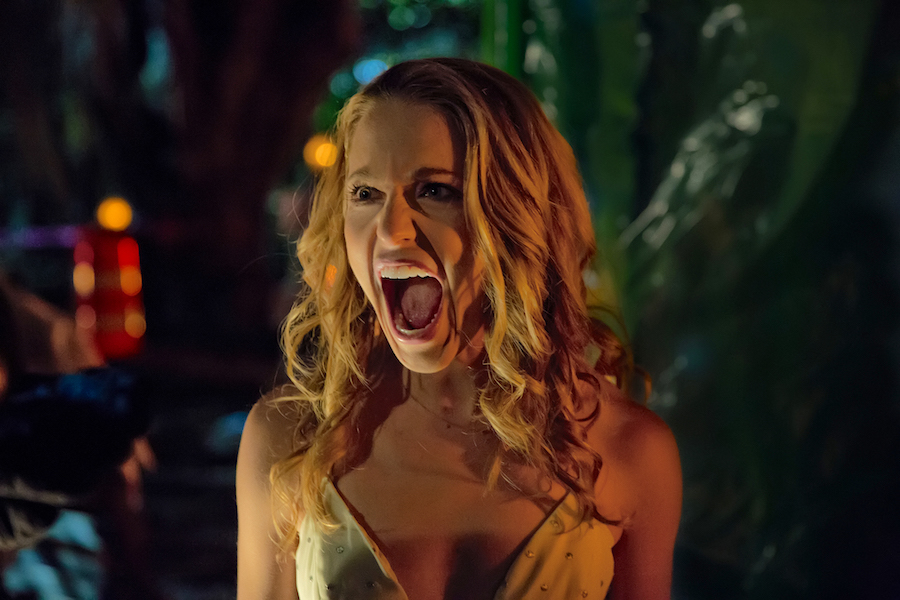 A lot of slasher movies focus on ‘goodness’ and mistake it for things like morality and sexual purity, but this movie takes those clichés and helps turns them on their head. It’s hardly an important movie, but at least helps the slasher and horror genre catch up on the idea that morality can mean kindness and just being a good person. And embracing your sexuality and repudiating slut-shaming puts you on the right side of good.

Another thing I appreciate is it’s a throwback to 80s horror, but not mid to late 80s horror, like most of these throwback movies are, but rather to the awesome early 80s movies. A time when giallo film was still morphing into slasher films. When the killer was a mystery and not just an indestructible killer you had to stop. Films like Terror Train, Pieces, The House on Sorority Row, Happy Birthday to Me, and even the original Friday the 13th.

So if you are still buzzing over the effects that the great film It had on you and want to bridge that horror passion to Halloween, then Happy Death Day is a movie that at best, you may have a great time with. And at worst, you will find yourself having trouble hating it as much as you think you should.

Plus, who doesn’t want to see Groundhog Day meets Scream? 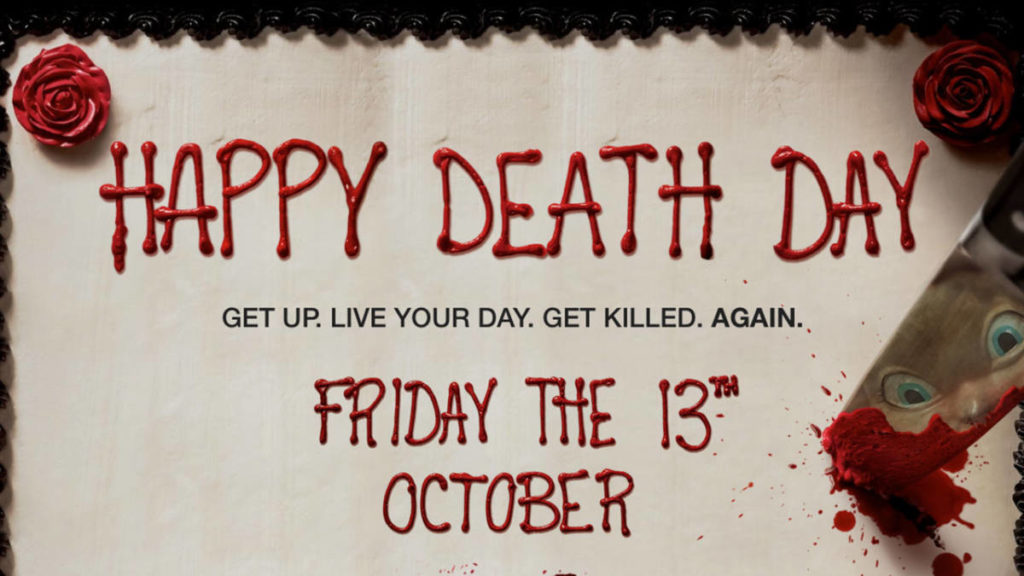