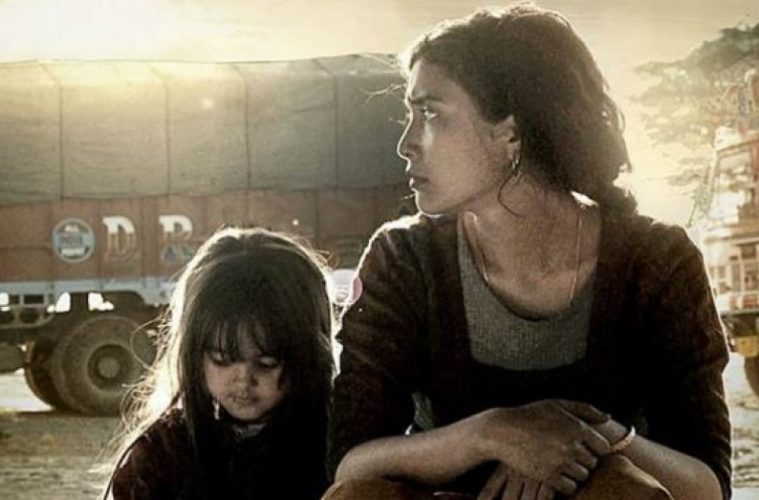 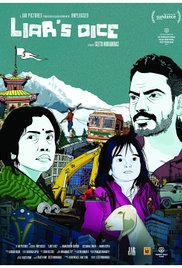 Liar’s Dice is the debut feature film from actress/writer Geethu Mohandas.  As an Indian woman herself, Mohandas delivers a story of one Indian woman’s journey from a small village to the large city of Delhi in search of her husband. For a debut film, this is a film with a lot of promise, effectively hiding its big reveal to the very end.

Geentanjali Thapa plays Kamala, a woman from a small village in India.  Raising a daughter named Manya (Manya Gupta), she nervously checks her cell phone for any sign that her husband has called, or made contact.  Having heard no word from him for the past 5 months, Kamala is worried.  She begins trying to make arrangements to go and find him in the town he took a construction job in, but this is looked down upon by the village chief who, like much of the country, have very specific expectations on what women, especially ones that are married, should and should not do.

As I’ve stated, this is a strong debut film with lots of promise.  Geethu Mohandas demonstrates a strong confidence as a director never rushing the journey, letting it unfold naturally. 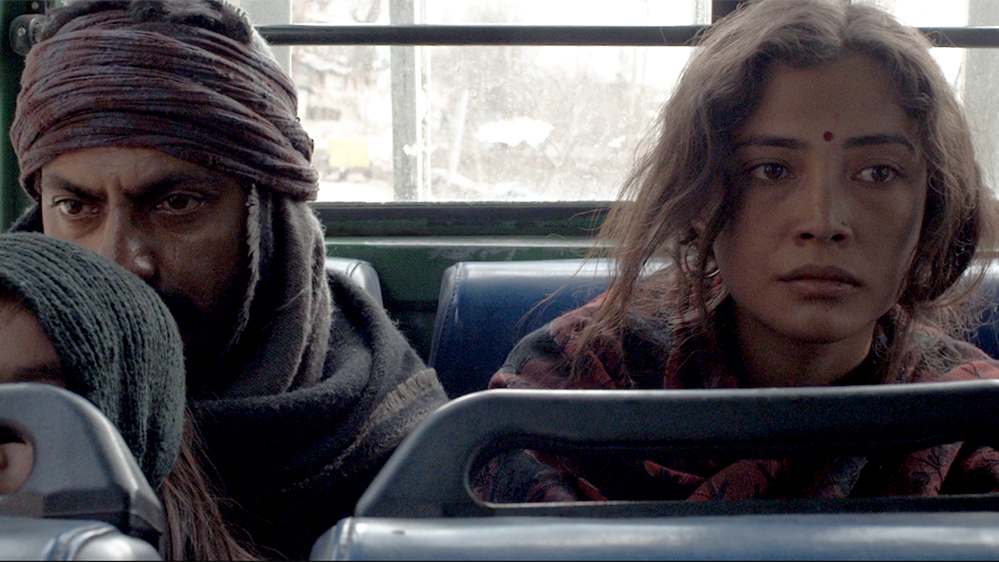 Sneaking out of the village at night with her daughter, and her daughter’s goat, they begin the dangerous decent down the mountain seeking to find transport.  In the middle of night, a truck happens upon them, carrying a mysterious drifter.  After the truck’s driver and passenger assault the drifter for riding in their truck illegally and finding a gun on the man, they leave, and Kamala finds herself near this strange man, alone.

Manya is not scared of this mysterious man like her mother, and soon has learned that is name is Nawazuddin (Nawazzudin Siddiqui-Lion).  Mostly quiet, Nawazuddin constantly keeps an air of mystery about him at all times.  Striking a monetary arrangement, Nawazuddin agrees to help Kamala find her husband, for just 500 rupees.  The rest of the film is the journey and search for a missing man, and the way the eyes of one woman from a small village is opened to the danger of the larger world around her.

Geetanjali Thapa provides the anchor and the heart of this film, as she encapsulates the strength and vulnerability of the character of Kamala.  She understands the nuances that can only be expressed with subtlety and she delivers.  Nawazuddin provides the mystery and creates a character that is induces fear, but more often than not, enough mystery to draw you in, disarming you much like he does with Kamala’s daughter.

As I’ve stated, this is a strong debut film with lots of promise.  Geethu Mohandas demonstrates a strong confidence as a director never rushing the journey, letting it unfold naturally.  She captures the look and feel of the location she is filming in, and that the story takes place in, and helps viewers feel as it is both a place they know, as well as feeling the fear that Kamala feels as she beings to lose her naiveté with each new experience on her journey.

Kino Lorber has delivered an interesting story from India and brought it to the rest of the world with this release.  Many might find the pacing to be challenging, but for those who take the journey, they will find a rewarding finale that shows a bright future for director Geethu Mohandas, and I look forward to her future directorial offerings.

The Kino Lorber release offers no extra features.  The film is presented in 2.35:1, 16×9 ratio, and in color.  It has a running time of 103 minutes and is presented in 5.1 Surround.  The language is in Hindi and provides English subtitles. 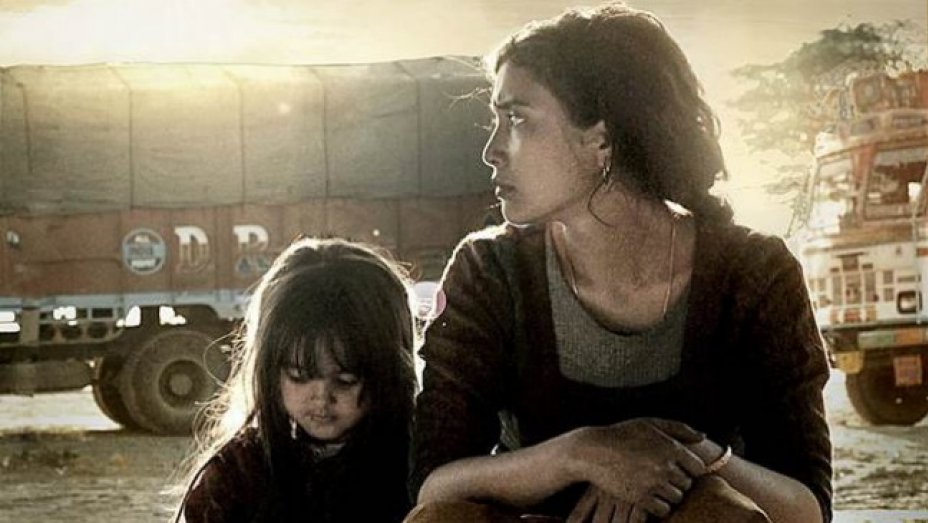