THOSE REDHEADS FROM SEATTLE (1953) – Blu-Ray Review 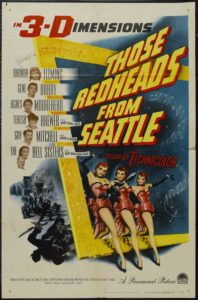 Those Redheads From Seattle are at it again! Now available on Blu-ray from Kino Lorber, this 1953 film marked its place in history as the first 3-D musical and Paramount’s first widescreen release.

During the 1898 Gold Rush, Vance Edmonds (Frank Wilcox) runs a newspaper in the tiny town of Dawson in the rough-and-tumble Yukon Territory. When The Dawson Bonanza—the name of the paper, I kid you not—runs a front-page editorial condemning the local saloon, he makes enemies with a hothead (John Kellogg) with a fatal trigger finger.

When his redheaded wife (Agnes Moorhead) brings their redheaded daughters (Rhonda Fleming, Teresa Brewer, Cynthia Bell) and lone blonde daughter (Kay Bell) up north for a surprise visit from—you guessed it—Seattle, they’re devastated by his passing. With no money to return home, they hunker down in the snowy town until they can raise travel funds. Quite conveniently, they trekked up north with two handsome locals (Gene Barry, Guy Mitchell) and with cello, violin, flute, and harp in tow. Perhaps this musically-inclined family will be able to sing their way back to Seattle after all.

At best, Redheads feels like a practice run for the classic Seven Brides for Seven Brothers, released just one year later.

Then again, those West Coast gingers (and maybe-adopted blondie Nell) barely break out in song enough times to call their adventure a musical. While Brewer and Mitchell’s saloon numbers especially bring energy, melodies are few and far between in this 90-minute picture. The Edmonds ladies may be charming, but the plot is so thin we learn little about them. Maybe even worse off? The guys. Barry and Mitchell’s characters have little definable motivation for anything they do so it’s hard to know what to want for them. As for Kellogg’s villain? He’s forgotten for most of the runtime, which makes him a poor antagonist. 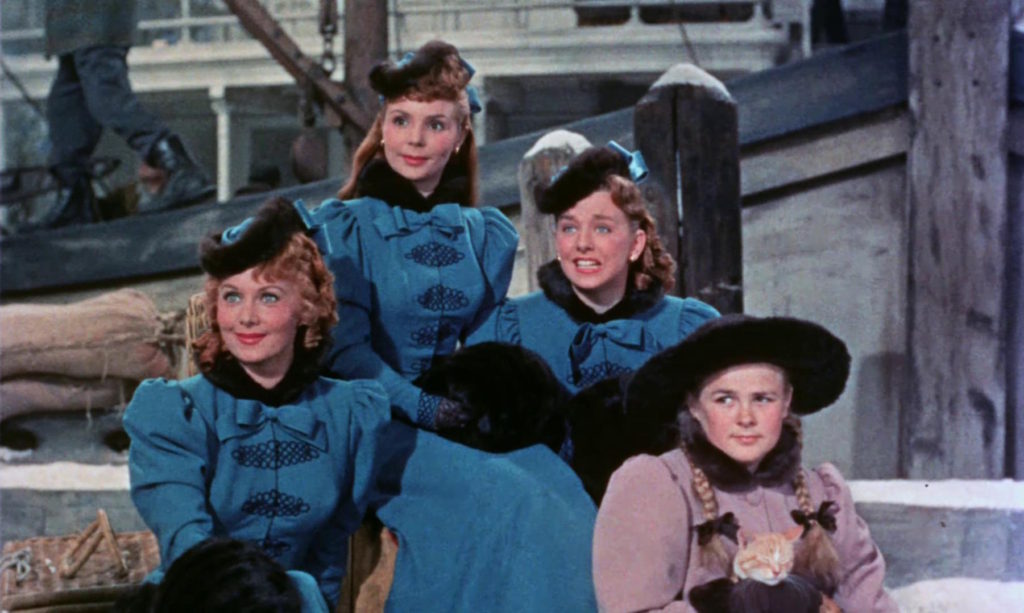 Redheads also suffers from weird tonal shifts that make it difficult to invest in the characters (almost as weird as that intermission in this 90-minute movie). Losing a husband and a father is tragic, but how can we feel their sorrow when we jump from the Dawson minister’s delivery of the bad news straight into Mitchell singing a ditty called “Chick-a-Boom” while burlesque dancers back him up? We might chuckle at Mama Edmonds’s frowning on her daughters’ flirting or at Fleming sprinting across the slushy town in a half-finished wedding dress as we’re supposed to, but it feels silly to worry about so many of the conflicts the film creates because they’re based in miscommunications. At best, Redheads feels like a practice run for the classic Seven Brides for Seven Brothers, released just one year later.

For the Blu-ray re-release, the film has been restored from 2K scans into high-definition 2-D and 3-D versions ready for today’s home viewing. This reviewer didn’t have the means to watch the film in 3-D, but rest assured, she can all but confirm that parasols, sliding glasses of beer, and dancing legs will come flying at you through your screen if you have the means. Special features include an audio commentary track with four film historians, a 2006 interview with Fleming, the original theatrical trailer, and a featurette about the “uphill battle” of the visual restoration, which explains the inconsistent coloring within scenes. 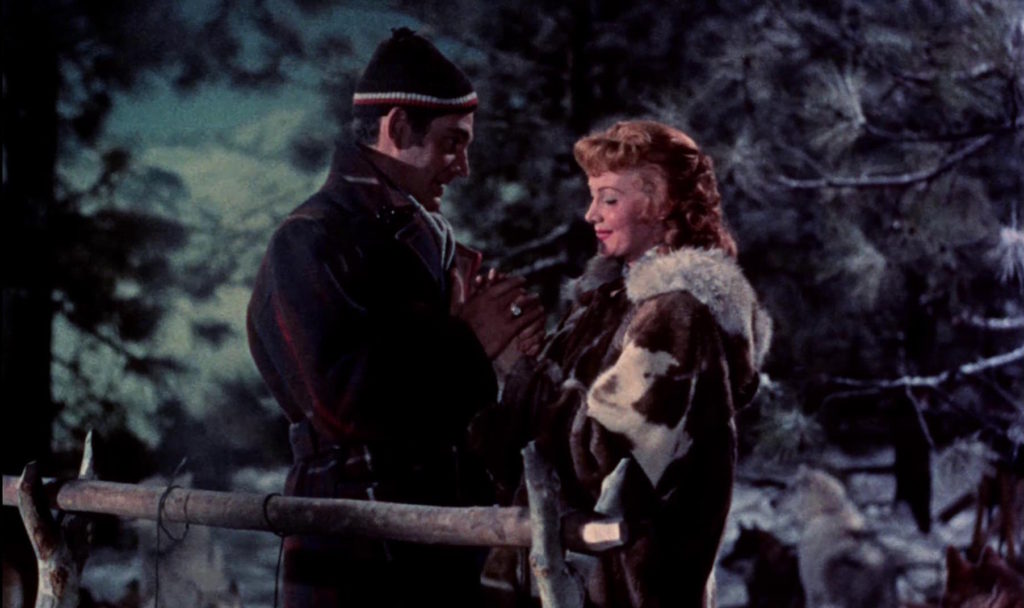 The images in this review are not representative of the actual Blu-ray’s image quality and are included only to represent the film itself.