Desperation and Deception, in a “Microcosm of the War” 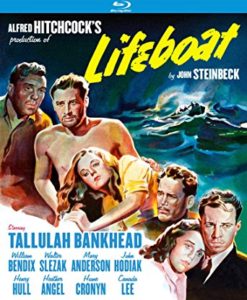 In 1944, with World War II still raging, Fox Studios released Alfred Hitchcock’s cinematic fable on the conflict.  Lifeboat was a technical tour de force but the message of the movie was ambiguous enough that critics and audiences alike were unsure what to make of it, and the Studio that had invested heavily in the film’s production let it die at the box office.  Some viewers even accused Hitchcock of having made a pro-Nazi film, a charge which he found baffling.

The spine of the story is simple.  Several people representing a cross-section of society try to survive on a lifeboat in the middle of the ocean.  The complicating factors are many (storms, injury, madness), but the moral conundrum is what these British and English citizens should do with the last survivor to come aboard, the commander or the German U-boat that sank their passenger ship (the U-boat subsequently sank, as well).

This story idea was Hitchcock’s, but he turned to John Steinbeck to develop it.  Steinbeck wrote a novella at Hitchcock’s request, although after seeing the film he didn’t want his name attached to the project (Twentieth Century Fox ignored his request). For Alfred Hitchcock Lifeboat was above all a technical challenge – how to set an entire movie in one, confined set while keeping the action dynamic.  He indisputably solved that puzzle.  Without strong characters, though, Lifeboat would just be stunt filmmaking. 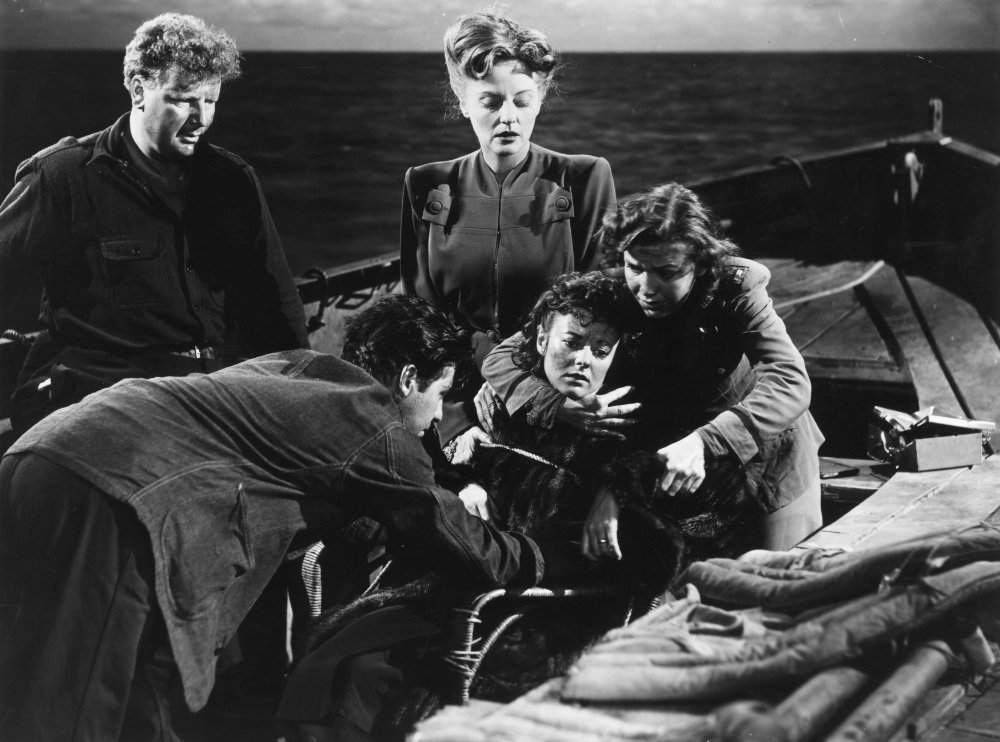 Lifeboat opens with an establishing shot outside the boat, journalist Connie Porter (Tallulah Bankhead) sitting alone, impeccably groomed and wearing a fur coat.  Over the next few minutes the boat fills with other survivors, including several members of the sunken ships’ crew, a wealthy industrialist, a military nurse, a young mother who doesn’t realize that her baby has died, and the aforementioned German officer (who initially passes himself off as just an ordinary German crew member).  Bankhead was the biggest celebrity in the cast (a fact that she lorded over the rest of the actors throughout the production), with the rest of the roles filled by a solid group of character actors.  Connie is supposed to be a vain, privileged figure:  even so, the star treatment that she receives on screen is one of the film’s weaknesses.  Her makeup looks flawless, her hair is lustrous, even as she and the other survivors are supposed to be succumbing to starvation and thirst.  The nurse, Alice (Mary Anderson) has blisters on he forehead from sunburn – but not Connie, who looks younger and lovelier with every passing day.

For Alfred Hitchcock “Lifeboat” was above all a technical challenge – how to set an entire movie in one, confined set while keeping the action dynamic.  He indisputably solved that puzzle.  Without strong characters, though, Lifeboat would just be stunt filmmaking. 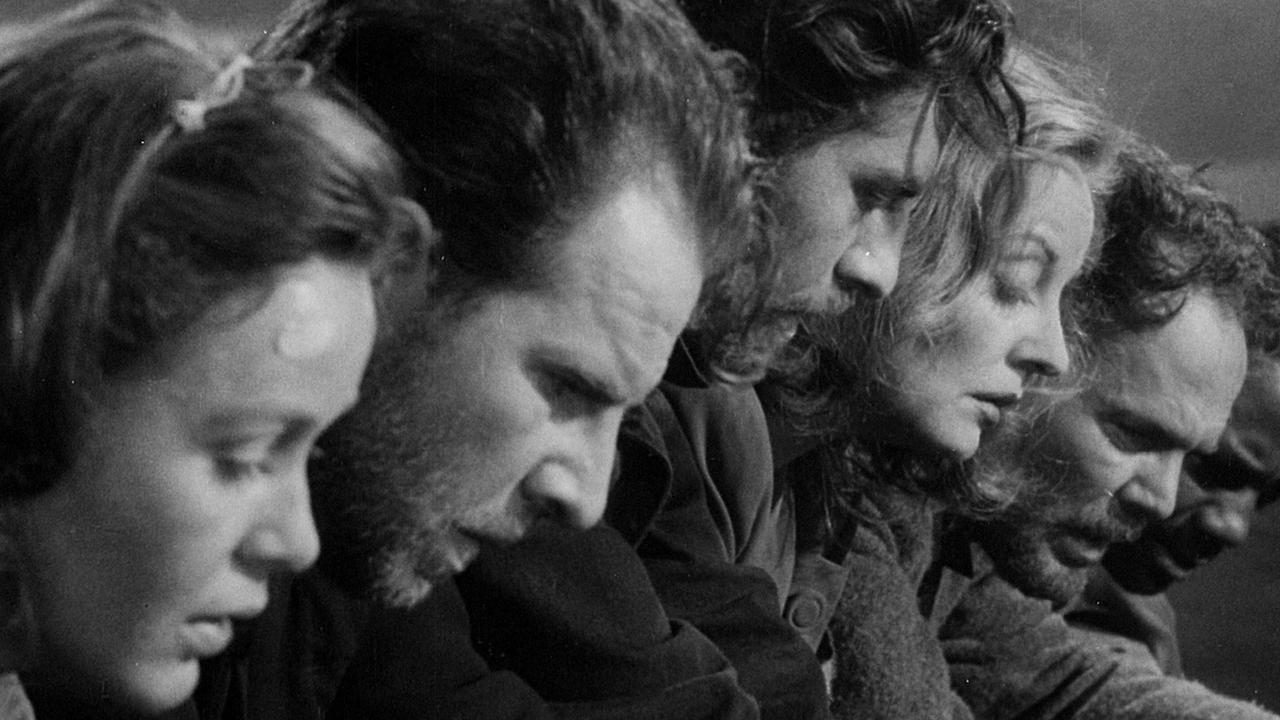 Setting aside the implausibility attached to Bankhead’s portrayal, the rest of the cast is more believable.  The English and Americans try to organize and choose a destination, while always debating how much the German, Willi (Walter Slezak) can be trusted.  The industrialist, Rittenhouse (Henry Hull, in a terrific performance) initially takes charge – not because he has any particular aptitude for captaining a ship but simply because he’s accustomed to being a boss.  After several misfortunes, the passengers find themselves depending on Willi for survival but still unsure what his intentions are.   Hitchcock tips the audience off early:  we know that Willi is duplicitous.  And yet, he’s by far the most capable person in the boat.  At the level of nations and ideologies, Willie and the others in the boat are enemies.  Practically speaking, no one survives without cooperation.

It was the depiction of the German commander that prompted such negative reactions to Lifeboat.  Was this pro-Nazi propaganda, depicting the Nazi character as so much smarter and stronger than the Allied characters?  Hitchcock himself said he was creating a microcosm of the war, in which  the Allies were – at least initially – well meaning, but disorganized.  The Germans, on the other hand, seemed to have a single minded determination.  The English and American citizens spark romances, bicker over politics, try to craft a variety of diversions to pass the time.  But “defeating” this enemy will require that they put distractions and differences aside and find their own unity of purpose. 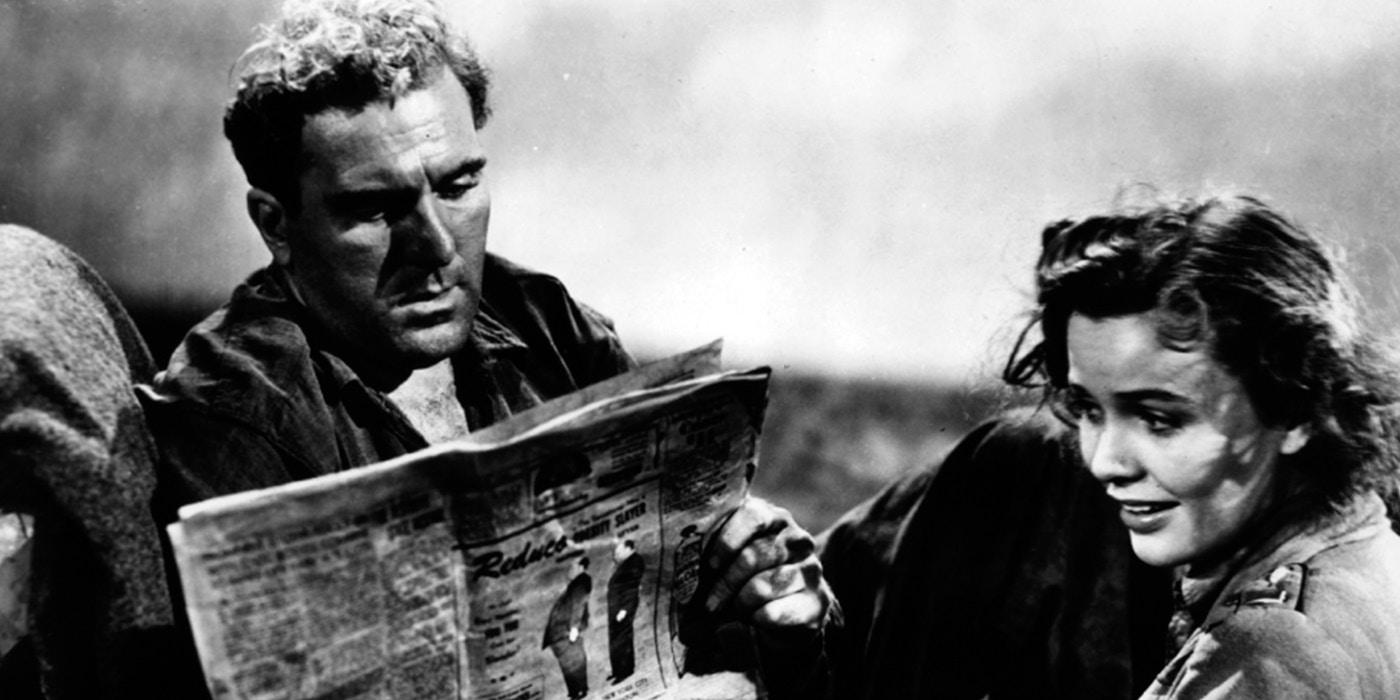 The moral message of Lifeboat is complicated, especially given that it was created during the war.  If Willi can’t be trusted (and we know that he can’t), what should be done with him?  One of the sailors (John Hodiak) argues that Willi should be thrown overboard.  Rittenhouse says that would be a war crime, that he should be held as a prisoner of war.  The latter argument has the moral high ground, and yet if this story is a microcosm of the war, then perhaps Hodiak’s character is right.  Still, the one scene of mob violence is filmed from behind and shows even the gentle nurse in uncontrollable rage.  Hitchcock said he wanted the characters to look like a pack of dogs in that scene, an unsettling image for the Allies putting aside differences to conquer the Nazi war machine.

Back to the technical tour de force…except for one shot, Hitchcock insisted that Lifeboat be filmed entirely in the boat (though four boats were actually used for filming – two complete, and two split in half).  Filmed entirely on a studio set, Lifeboat feels entirely real.  It was an uncomfortably immersive experience for the cast, too, who suffered from motion sickness, colds, pneumonia, and one broken rib (Hume Cronyn).  The cinematography by Glen MacWilliams is beautifully rendered in this new Blu-ray:  watch the brief burial at sea scene, with Canada Lee in close up and other characters silhouetted behind him.  It’s simply gorgeous.

Kino-Lorber’s Blu-ray release is loaded with extras:  two audio commentaries, by film historian Tim Lucas and film professor Drew Casper; audio of Francois Truffaut interviewing Alfred Hitchcock about Lifeboat; a short documentary on the making of the film, and a sampling of classic trailers.  Pro tip:  watch the trailer for Five Miles to Midnight.  You’ll thank me later.