Fake Sets, Fake Planes, But It All Gets Real When The Baby Shows Up 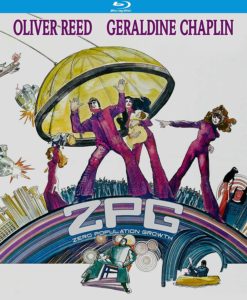 Here’s unexpected proof that a movie doing absolutely and only one thing well can still be a thing actually worth recommending. The fact that it’s a low-budget ’70s sci-fi flop with pressboard sets and toys for special effects makes it even more remarkable that it could also be a moderately incisive exploration of human psychology, specifically the powerful, protective force at the center of motherhood.

We’re in an overpopulated futurescape of thick pollution, neglected infrastructure, and totalitarian government control where the World Council has decreed that childbearing is forbidden for, oh, the next few decades so the tide of humanity can recede a little, and that baby-making shall be henceforth the gravest of crimes, punishable by death. Meanwhile, “Babyland”, a sort of outlet mall in the city’s center, offers manufactured infant dolls to approximate children, complete with real tears and potential disease. A sort of Baby Burps-a-lot-and-also-can-die for the hopeful mother. 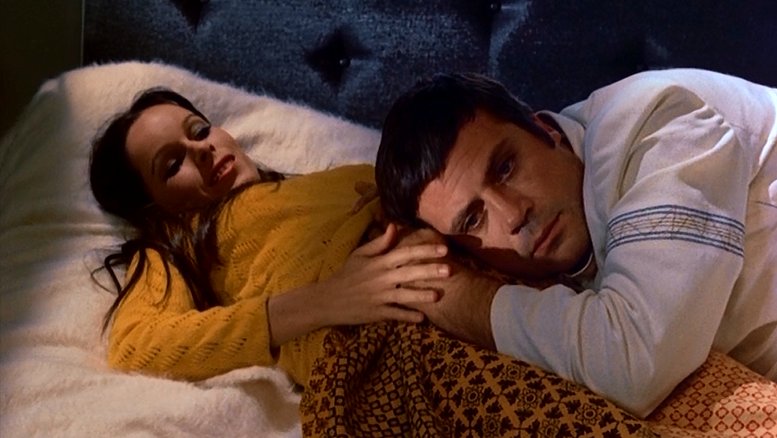 Also worth note, animals have all died off, museums house stuffed species for educational purposes, along with video clips of airplanes taking off to show the dispersion of toxic chemicals, restaurants serve liquefied facsimiles of food, and an ongoing narration lectures citizens on the myriad ways political, religious, and financial leaders of the late 20th century were responsible for the poisoned atmosphere, thus obliquely justifying the whole tyrannical overreach thing. Essentially, all the natural manifestations of normal life and growth are stripped from this oxygen-masked miasma so that the eventual appearance of a real baby feels, in this world and in the movie, like the burst of purity that it is. 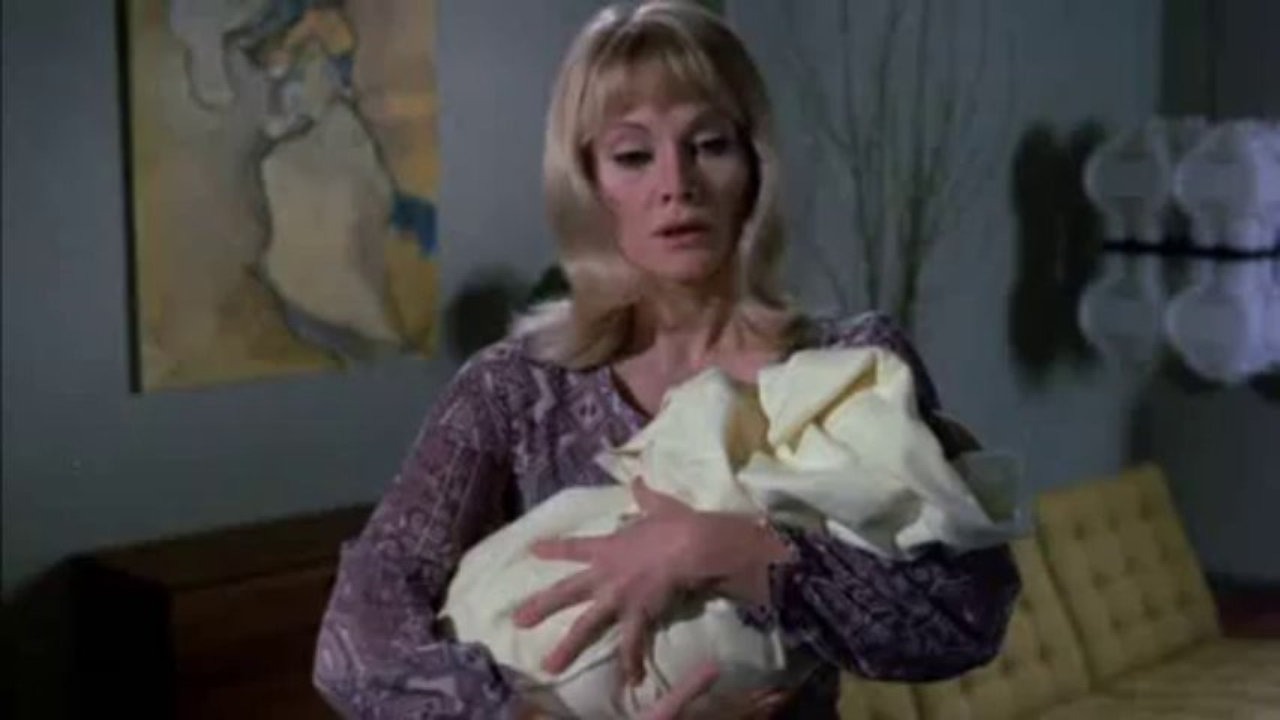 All this dystopian-style exaggeration, intentionally or not, tells us we’re really just watching a working metaphor, a basket for keepsaking all the writers’ and director’s worthiest ideas. In this theme-stuffing respect it’s not too far flung from the earnest ’70s sci-fi seriousness of its contemporaries: THX 1138 (1971), Silent Running (1972), Soylent Green (1973), and Logan’s Run (1976), while its more specific save-the-baby concerns parallel the previous year’s Escape from the Planet of the Apes. But much more so than any of these, ZPG‘s sermon must fight hard against us noticing the micro-budgeted chintziness if we want to take anything away from it besides calculations of fog-machine-to-visible-set ratios. Enter the thick and sweaty, brow-knitted intensity of Oliver Reed, whose overwrought, blue-eyed skulking over wife Geraldine Chaplin’s accidental pregnancy injects all the gravitas we need for our journey into this sort of Mary and Joseph on the run story, where the state is Herod and the innkeeper a whistleblowing snitch. 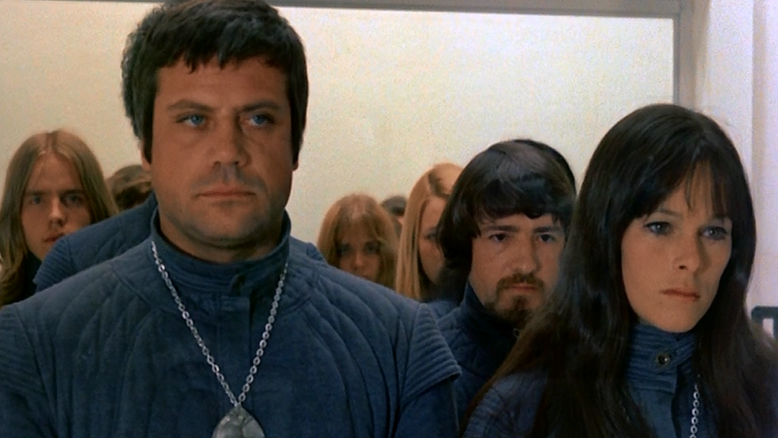 To the movie’s credit, its script by Max Ehrlich and Frank De Felitta has such a focused consistency on the subject of parenthood deprived, so constantly aimed at the effects of society-wide sterilization, and the production proper is so elevated by Reed’s and Chaplin’s commitment, which somehow defies mockery, that the movie finally gets you on its side. It slowly takes on the weight of a dedicated treatise by filmmakers who must know the intimate frustration and emptiness of wanting, but not having, children, in a way that can only point forward to the likes of A.I. (2001) and Children of Men (2006). There’s no reason to think those movies wouldn’t exist if this movie never had, but the germ of those dramas is here clear to anyone looking for it. The filmmakers must have asked themselves at some point, why bring another movie into this world when it’s so toxic with other mediocre sci-fi failures…but finally threw reason to the wind and brought forth their own dystopian eco-pop thriller. It’s not the tallest kid on the sci-fi timeline, but it’s got a whacko dark humor and a heartfelt point of view, and, frankly, might be a better conversationalist. 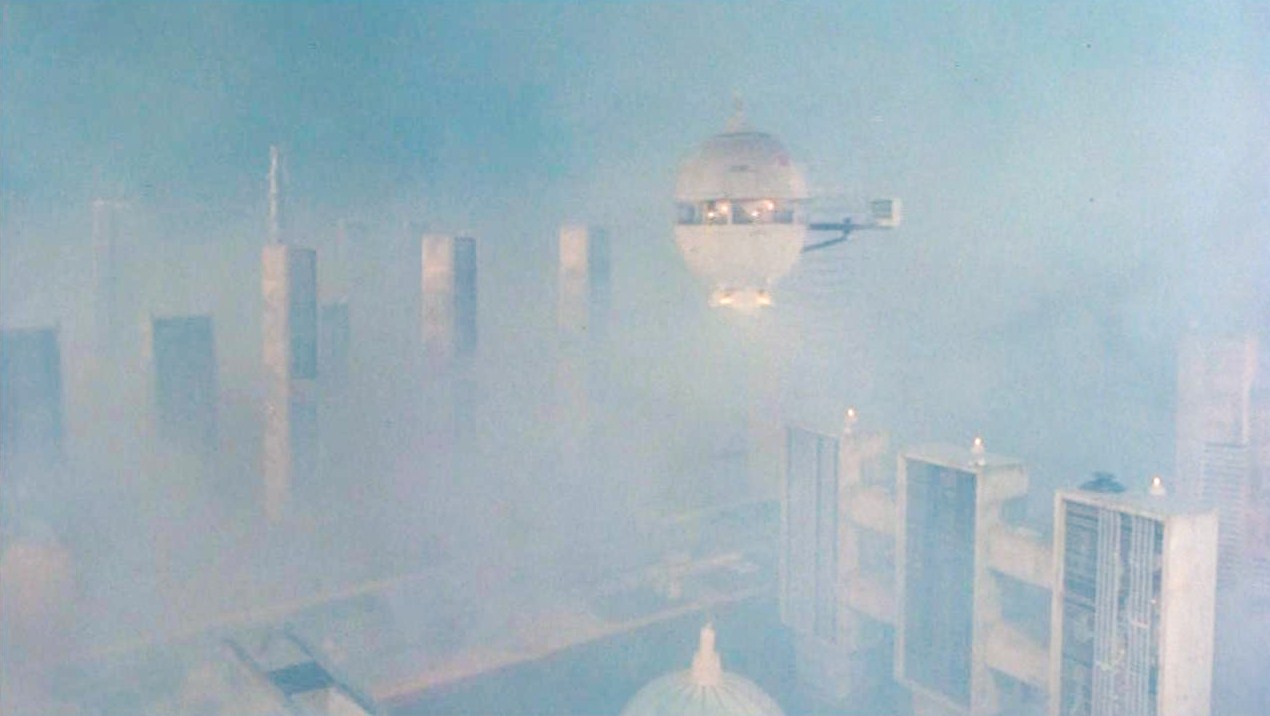