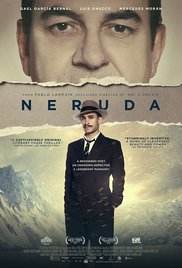 The latest in a career of noteworthy films reflecting upon the political legacy of his native country of Chili, filmmaker Pablo Larraín’s Neruda bursts with historical detail and flights of carefully measured fancy.

The movie tells the story of Chilean poet extraordinaire Pablo Neruda, now considered one of the definitive writers and intellectuals of the twentieth century.  Or more accurately, it tells a story.  It is perpetually textured, rich, and mystifying, much like the ever-shifting poetry styles of its title subject.  The film sticks to a 1940s-centric period when Neruda was forced into hiding in Argentina before making his way to Paris.  Such was the cost of having been a dissenter amid a pronounced shift in national power.

Neruda maintains a beguiling air, taking the eventual shape of a cerebral reality-bender.

Neruda, played by the prolific Luis Gnecco, is pursued by a special agent (Gael García Bernal) called Óscar Peluchonneau, whom we are told was dispatched by the U.S. president to catch the communist poet, and bring him in.  By this middle-aged phase of Neruda’s life, he had been freely crossing over into the realm of the political, admiring the likes of Joseph Stalin and Vladimir Lenin as he himself served as a senator and remained involved with affairs of the State on and off for the remainder of his life.  His outspokenness on the global front would continue to the end of his life in 1973. 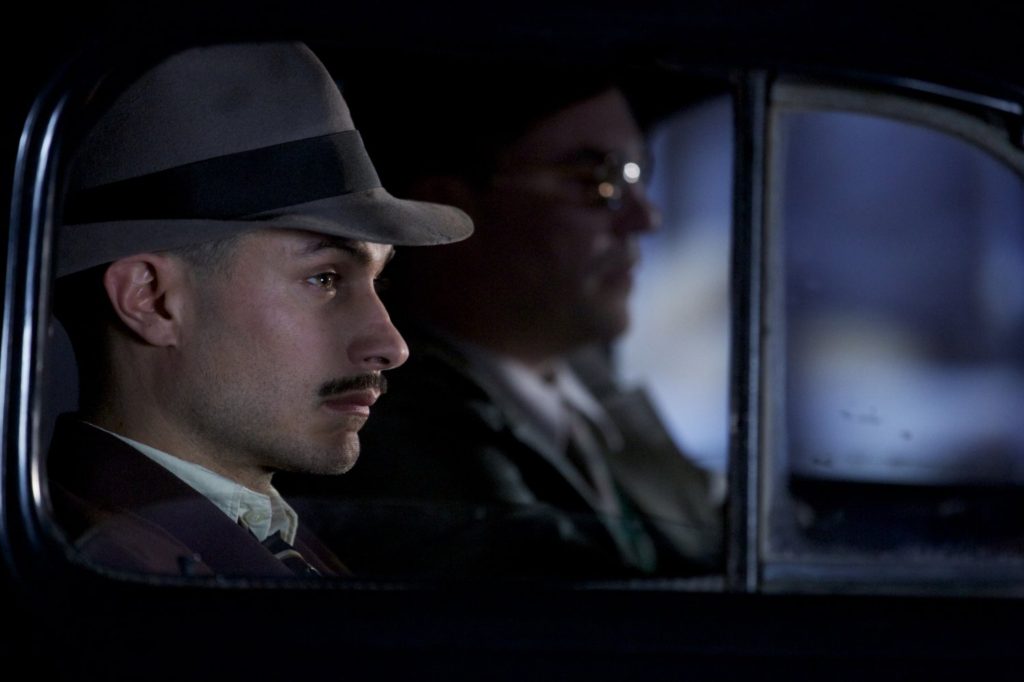 Gael García Bernal is on the case in NERUDA.a

Thanks in no small part to the work of longtime Larraín cinematographer Sergio Armstrong, Neruda maintains a beguiling air, taking the eventual shape of a cerebral reality-bender.  The director and screenwriter Guillermo Calderón exercise the freedom to openly speculate on the mind of its subject, not unlike Larraín’s other historical arthouse look at a well-known political figure released in late 2016, Jackie. The dapper and fedoraed Bernal, who also took the lead in Larraín’s 2012 film No, narrates the story as Peluchonneau, vocally trying to work out his own murky backstory all the while.  Neruda ultimately isn’t so much a celebration of Pablo Neruda as a provocative dwelling upon the undeniably vital national figure.

Neruda is also a richly dressed dreamscape of Chilean history and early/mid-century ambiance tinged with an intriguing dose of criminal pursuit and carnal, bohemian detours.  For those unfamiliar with Chilean politics, history and culture, the movie is at times like being handed a 2000 piece puzzle in the deep end of a pool.  But, the pool is amazing and unique; something unquestionably worth staying submerged in. 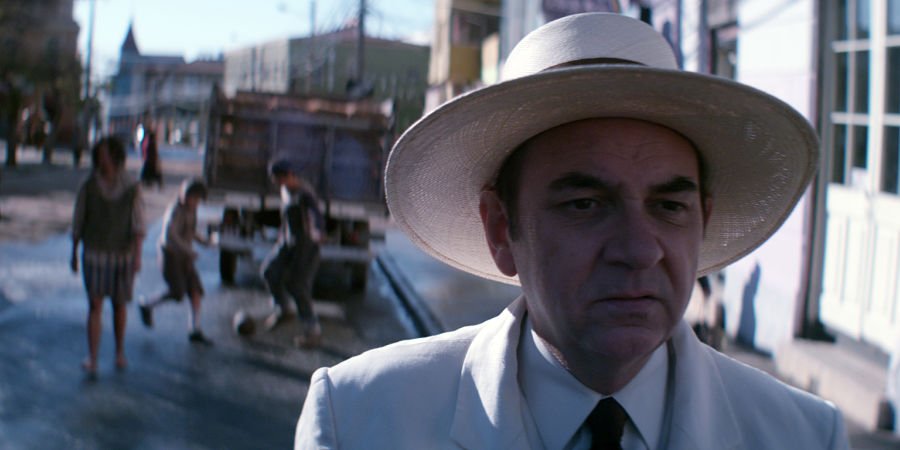