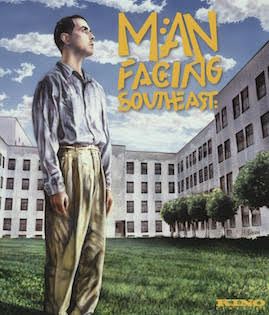 Dr. Julio Denis (Lorenzo Quinteros) lives in hell, and he knows it.  A staff doctor at a Buenos Aires psychiatric hospital, Dr. Denis has lost interest in the patients he treats, and goes home every night to an empty apartment where he drinks too much, plays his saxophone and self-punishingly watches home movies of the family he’s lost while simultaneously ignoring phone calls from his young children.

Dr. Denis may be functioning, still saying the right things to patients and colleagues, but he’s feeling nothing but boredom.  That changes when he encounters a new patient – although no one at the hospital knows how the patient arrived – named Rantes (Hugo Soto).

Rantes says he came from another world.  Certainly there’s something otherworldly about this patient:  he displays no emotions, is both direct and cryptic in answering the doctor’s questions, and stands in the hospital courtyard for hours each day, facing exactly the same direction.

Dr. Denis enjoys the puzzle that Rantes represents and spends more and more time trying to break through Rantes’ story to find out what’s behind his delusion.  Of course, despite all of his professional confidence, Denis is wrong about Rantes; and while he won’t admit the truth about Rantes’ origins, the doctor slowly recognizes who his patient represents.

In the Argentinian film Man Facing Southeast, Rantes is a Christ-figure, sent on a rescue mission to this broken and brutal planet.  As is so often case in such stories, it’s the “insane” who are first to see him as he really is.  Before Dr. Denis has even met Rantes an elderly patient tells him, “He’s a good man.”  Before long, Rantes is followed by a growing crowd of patients who simply long to be in his presence or who line up to be touched by him as they share their sorrows.   Meanwhile, Rantes tells Denis more about his purpose and reveals that he is not the first of his kind to come into the world.  There are other Ranteses, in other mental hospitals (the best place to hide in plain sight when your story is unbelievable), but some have “fallen”, corrupted by human emotions.

“If God is in you, you murder God every day,” Rantes tells Dr. Denis.  Those words are a warning to Denis, just as Pilate was warned in a dream.  And both warnings fall on deaf ears.

That slow corruption is happening in Rantes, whether he can recognize it or not.  His conversations with Dr. Denis become more animated, he starts to express anger at the state of the world, and a trip to hear a symphony proves especially disruptive to his equilibrium.

Dr. Denis is a complicated character.  His initial interest in Rantes seems benign as he aspires to help his patient overcome his belief that he’s from another planet.  But the dynamics shift as Denis realizes that Rantes is his superior in many ways.   Though he can’t feel emotions, Rantes connects with other patients and even Denis’s own children in a way that the doctor can’t.  Rantes is wise, generous, serene:  the doctor begins to wish that the patient away, and feels hostility toward him for reasons he can’t explain.   He knows his roles in this Christ story, though.  He’s Pontius Pilate.  He has the power to genuinely aid Rantes or destroy him, and like Pilate he knows that helping this messiah would risk both ego and career.  Dr. Denis is not willing to make those sacrifices. 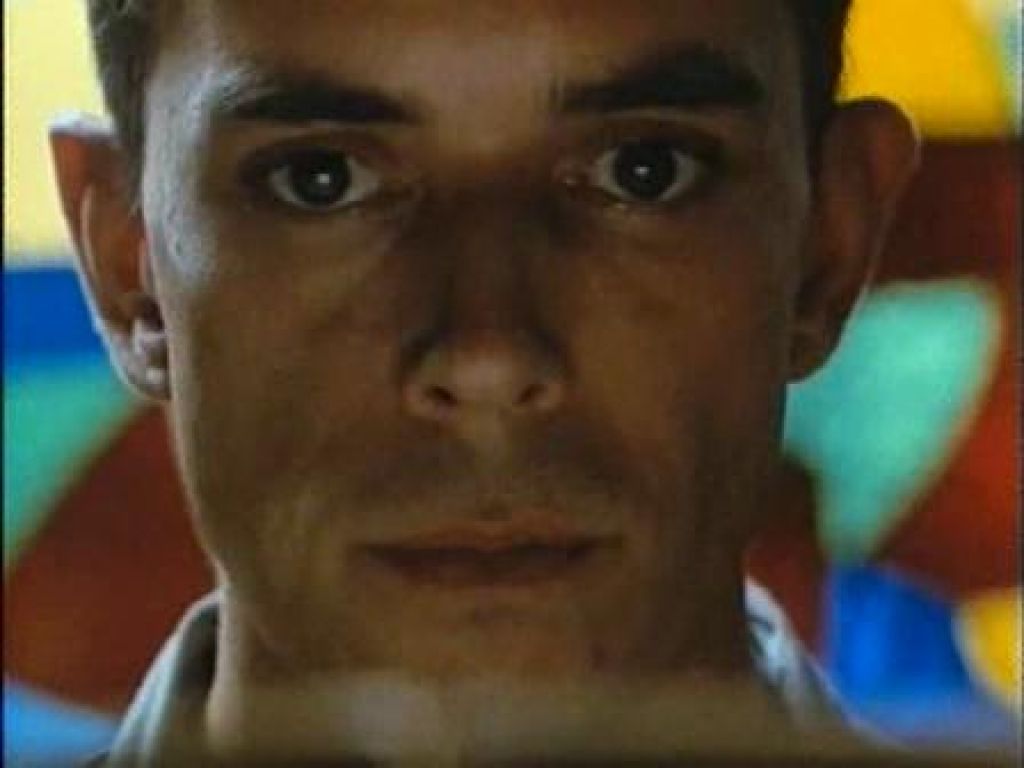 “If God is in you, you murder God every day,” Rantes tells Dr. Denis.  Those words are a warning to Dr. Denis, just as Pilate was warned in a dream.  And both warnings fall on deaf ears.

Man Facing Southeast becomes increasingly direct in its spiritual imagery as the story progresses, and leaves little doubt about Rantes’ fate.  The arc of the story is not ultimately about Rantes, though, but about Dr. Denis.  Early in the film he responds to a new patient with, “Welcome to hell”, and now Rantes, on his rescue mission, has entered Dr. Denis’s hell.  We Christians call that incarnation; God in the flesh entering into our suffering.  Salvation has come to the doctor’s “house” in the person of Rantes, but will it change him?  Will Denis receive the gift that is in front of him?  Or will his position and authority stand in the way of finding the healing that Rantes offers?   The gospel has always been an offense to the powerful while attracting the weak and the outcast (and who is more outcast than mental patients?), and so there’s a sad inevitability to watching Dr. Denis not only reject Rantes’ message but become complicit in destroying him.

Director Eliseo Subiela created a slow paced, somber and moving parable in Man Facing Southest.  The alien messiah has been used in many filmes, across time and ranging in quality (including movies like The Day the Earth Stood Still, Starman, E.T. and K-PAX – not to mention Superman).  Man Facing Southeast is a solid entry in this sub-genre, helped to rise above the predictability of the narrative with strong central performances.  Quinteros is handsome, but gives Denis a glibness that belies his need to seem in control.  Soto is terrific as Rantes:  he has the gaunt face and deep, dark eyes of a young Raul Julia; and in the stillness of his performance seems more fully human than Denis.

My only complaint about Man Facing Southest is with the soundtrack, which relies heavily on jazz saxophone.  Ironically, in a movie that makes much of music’s power to move us emotionally, the score is intrusive and sometimes overwhelmed my immersion in the story.

Kino Lorber’s new Blu-ray preserves the film’s muted tones, and offers interviews with Subiela, Soto (who has since died) and Director of Photography, Ricardo De Angelis.