Blu-ray Review: I WAKE UP SCREAMING 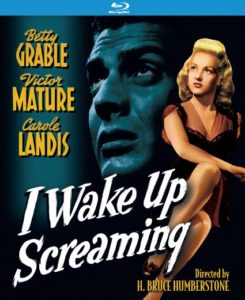 For those who think that Kubrick or Scorsese invented the ironic juxtaposition of a feel-good hit tune with unsettling content, I give you 1941’s jaded whodunnit, I Wake Up Screaming. A muzak version of “Somewhere Over the Rainbow” plays no fewer than five times throughout this twisted caper. Only two years earlier, the song of course achieved screen immortality in The Wizard of Oz. By the time of I Wake Up Screaming, it most certainly was synonymous with Judy Garland’s escape to a technicolor fantasy world. While any kind of concise metaphoric contextualization of why the song is playing when in Screaming might be a challenge, it’s use can’t help but be read as bitter irony insomuch as it accompanies the plight of people who can never escape their particular black and white world.

It’s a world with little in the way of cinematic precedent: Stone dungeon interrogation rooms with hot lights and deep shadows, and overrun with police detectives in hats and overcoats. These detectives are like spectral phantoms, often faceless (silloetted) and turning up wherever they please at whatever inopportune moment. Although the term “Film Noir” is an after-the-fact branding applied loosely to a particular style of filmmaking as opposed to a genre all its own, watching these characters navigate it in its formative throes is something satisfying. 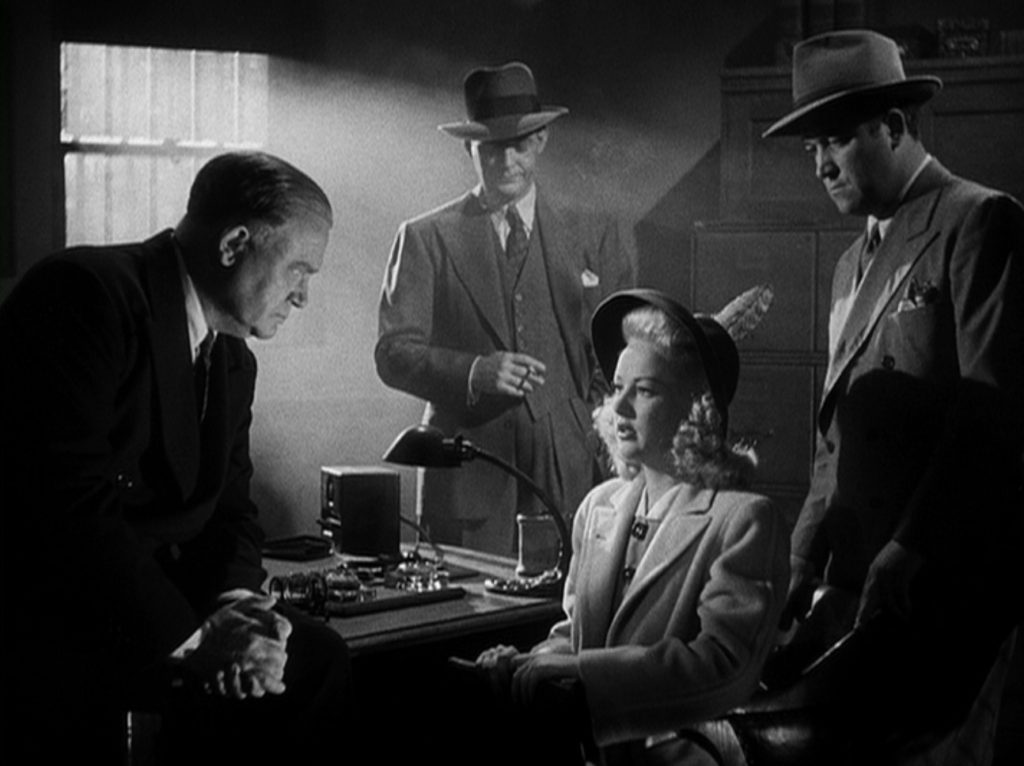 Grable gets grilled in I WAKE UP SCREAMING

Released by Twentieth Century Fox in 1941, this jaded murder mystery just barely makes the cut into the academic timeframe of authentic original “Film Noir”, 1941-1958. And when I say barely, I mean barely – I Wake Up Screaming opened a mere two weeks after the genre in-point, John Huston’s The Maltese Falcon. From a stylistic point of view, the dark vibe and crooked ambience of Screaming outruns Falcon at least twice over. Classic hardboiled noir style is being born fully formed, right here. Which makes I Wake Up Screaming quite a significant work in some respects, worthy of a place on one’s Noir shelf. That’s in spite of the fact that the lack of a Bogart-like presence does the movie no favors.

Although the term “Film Noir” is an after-the-fact branding applied loosely to a particular style of filmmaking as opposed to a genre all its own, watching these characters navigate it in its formative throes is something satisfying.

Considering the degree to which I Wake Up Screaming crackles and engages, it’s curious that it doesn’t stick stickier. The casting is well within the zone of good enough, with leading manly-man Victor Mature (serviceable) out to prove his innocence in the murder of the sister of the character played by all-American dream girl Betty Grable (bland). The two click in their roles if not necessarily with each other. 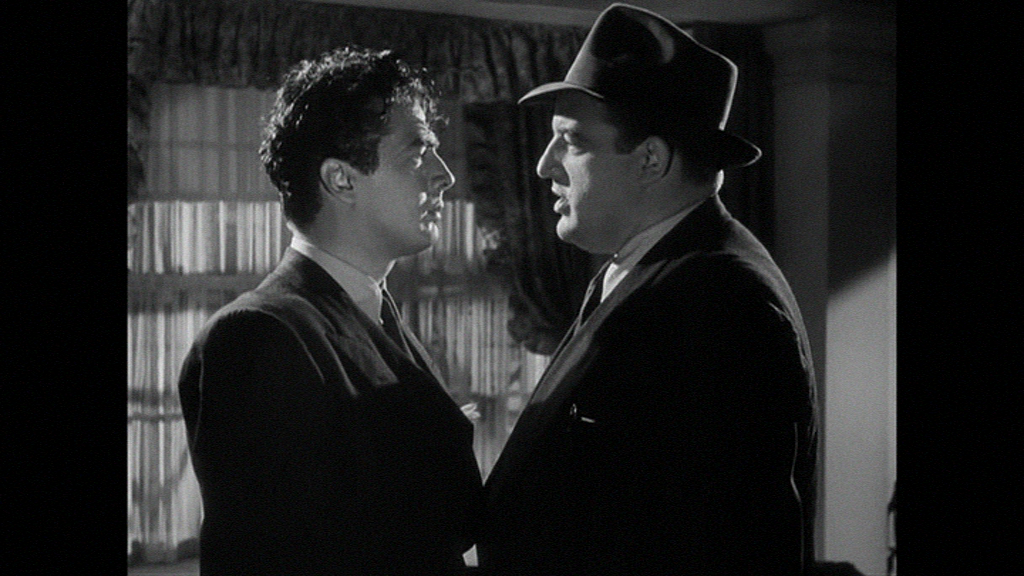 Cast-wise, the real story is rotund character actor Laird Cregar (Hangover Square) in the role of a dogged, dead-eyed police detective who has his teeth in Mature’s character. Cregar is a ghoulish, perverse, and finally sad presence looming large throughout the film. Without him, I Wake Up Screaming‘s impact would be lessened by at least half. Carole Landis fills out the main cast convincingly as Grable’s murdered sister, alive and well and glamorous in numerous flashbacks.

This blu-ray’s main bonus feature, aside from the usual gallery of related vintage movie trailers, is a lively commentary track by Film Noir expert Eddie Mueller. Mueller walks a satisfying line of explaining the legitimate significance of this lesser known entry into the Noir cannon while also enjoying a fair amount of ribbing at the film’s expense. Among his more fun observations are heckling a gratuitous swimming pool scene (Grable’s legs were infamously insured for a million dollars by the studio – we’re not getting out of this movie without seeing them!) and observations on how thick-haired Victor Mature was “acting with his scalp”. Finally, he drops the tip that if you like this film, be sure not to miss 1953’s Vicki, also from Twentieth Century Fox, which is I Wake Up Screaming all over again. Fun times. 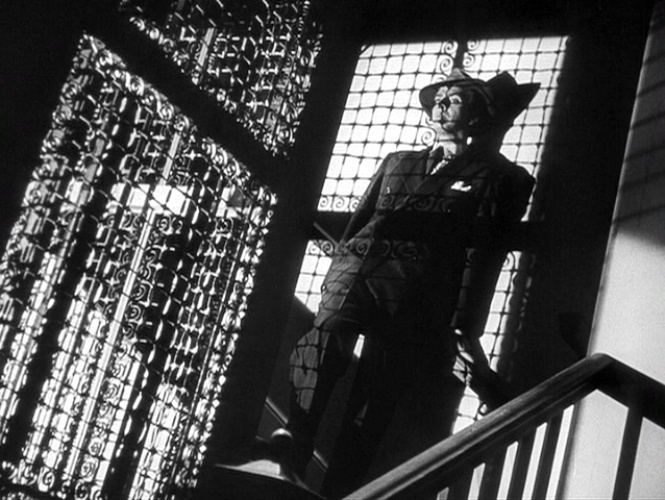 Mueller’s introductory quips referring to a non-existent number on the spine of package betray the fact that this is a recycled track dating back a decade to when the Fox Film Noir DVD Series was in full swing, complete with numbered releases and really cool matching case artwork. That was a terrific run of DVDs, and it’s great that the lovingly curated extra features survive on future releases, such as this superior high definition upgrade.

All in all, I Wake Up Screaming is a fantastic cinematic discovery for this Film Noir fan. Kino Lorber Studio Classics blu-ray is an easy recommendation, boasting a terrific filmic transfer and clean soundtrack. By the end, the only unsolved mystery is why the movie is called “I Wake Up Screaming”, as no one ever wakes up in it, nor screams. Nor, for that matter, goes anywhere near over the rainbow.