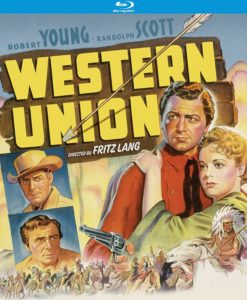 “Ein Film von Fritz Lang” might seem an odd credit to see in front of a Western, and of course it never did appear after the great German filmmaker emigrated to Hollywood and directed MGM’s Fury in 1936, but it would actually seem dramatically appropriate considering the director’s surprising love of Westerns. Raised on the immensely popular genre novels of Karl May (1842 – 1912), the Vienna-born, youthful Lang devoured the author’s American Western-set adventures along with a vast and intensely devoted German-speaking readership that included figures as varied as Albert Einstein and Adolph Hitler.

Like the author himself, many who read the ennobling, humanistic exploits of the Apache Winnetou and his European blood brother Old Shatterhand had themselves never seen the fields of cacti and sagebrush, the wide and deep stone canyons, or the towering butte formations so romantically described, but were nonetheless indelibly marked by those imaginative vistas. On his first visit to America in 1924 (the same visit that, legend would have it, inspired his great 1927 masterwork Metropolis), the 34-year-old Lang observed on his return to Berlin that “They build things big in America… There’s enough space. And Paradise has been created” (Fritz Lang: The Nature of the Beast, Patrick McGilligan; St. Martin’s Press, 1997, pg. 107). 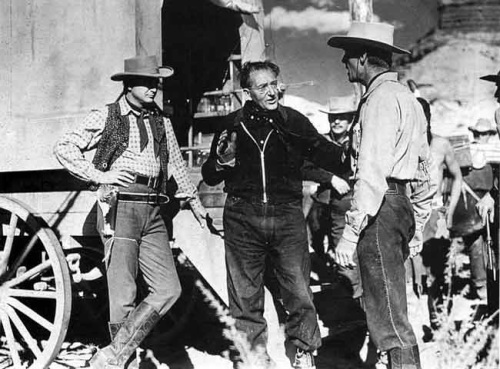 Lang made three Westerns in his two decade Hollywood career, the first two back-to-back at Twentieth Century-Fox in the early ’40s, The Return of Frank James (1940) and Western Union (1941), and the final a decade later with the Marlene Dietrich-starring Rancho Notorious (1952). Of the three, Rancho Notorious, a favorite of French critics during the mid-1950s, has probably received the most scholarly attention, and the Henry Fonda-starring sequel The Return of Frank James is possibly the most popular of his Western titles among Western fans largely uninterested in Fritz Lang or Fritz Lang movies, but the Randolph Scott-starring Western Union is, to my eyes, undoubtedly the most fun.

Ably assisted by a glib Eastern tenderfoot acted by Robert Young and the flinty, underrated Dean Jagger as a pioneering company telegrapher, Randolph Scott (impassive as any rock monument he might pass while horse-galloping by) plays Vance Shaw, a shadowy trail-hand harboring a secret agenda even as he assists the title telegraph company in stretching their lines of communication across dangerous Native American territory. Set in 1861, at the outset of the Civil War, mercenary Confederate raiders complicate the President Lincoln-mandated project, and one of the rebels, Jack Slade (Barton MacLane), leading a guerrilla band disguising themselves as Native Americans, has a peculiar and unexplained hold on the otherwise blameless Vance…

Well, admittedly there’s a lot less to the plot than that description might indicate, but Lang clearly has a rigorous feel for the ritual pleasures of the genre and though eschewing the more elaborate visuals for which he is most famous also has a strong respect for the location-shot settings the Technicolor camerwork of Edward Cronjager so vividly captures. (The KL disc, besides a gallery of other Twentieth Century-Fox Western trailers, has no special features, so this reviewer would find that latter point the Blu-ray’s strongest selling point, along with the considerably compelling oddity of owning a Fritz Lang Western!)

And for a director whose closest brush with comedy theretofore had been when a clown-disguised arch-criminal fatally shot himself in the head in 1928’s Spione, there’s a surprising amount of humor in Western Union, mostly at the expense of a lugubrious trail cook played by Slim Summerville. (I actually did laugh when the comic character actor attempted to request ambiguous “medical attention” after burning his best end following a faux-Indian raid.) In an uncharacteristically relaxed mood, Western Union finds the renowned German auteur of Destiny (1921), Dr. Mabuse (1922), Die Nibelungen (1924), and M (1931) – and later his Hollywood masterpieces Ministry of Fear, The Woman in the Window (both 1944), Scarlet Street (1945), and The Big Heat (1953) – essaying his heretofore unknown enthusiasm for all things Western.