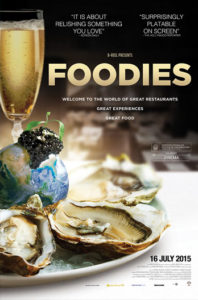 Foodies is a documentary that takes the viewer into the world of the “foodie”. Foodies aren’t your usual food critics found in the local newspaper or magazine.  They are people obsessed with haute cuisine, and who have risen up over the last 10 years writing on blogs and websites.  Through this film, we take a look at five such “foodies”, and fly all over the world sampling some of the finest food at the most renowned restaurants.

The five “foodies” are Andy Hayler, Katie Keiko, Aiste Miseviciute, Perm Paitayawat, and Steven Plotnicki.  What is fascinating about them is the varying degrees to which they are able to fund their passion.  Some must work hard at their 9 to 5 job to save up for the travel necessary to go to these places that exist all over the globe.  Some had successful careers prior as media moguls or as a model, and this has helped finance this obsession.  Whatever the means that finances their ability to do this, one thing drives it, and that is their obsession with great food. Andy Hayler claims to have self-funded his travels and dining, and also claims to have eaten at every 3-Michelin Star restaurant in the world.

The lack of academic standards in food critique has caused a lot of stress among the chefs and restaurants around the world as they weigh out how much they open themselves up to this new group of obsessive food lovers and legitimize individuals that maybe don’t deserve being legitimized.  On the other hand, what better way to advertise their product than take advantage of this ever-growing phenomenon where each new blogger popping up online represents a potential new audience to appeal to?

Foodies is most interesting as it interviews both these food-obsessed individuals, and the various chefs whose creations are either going to be written up with flowery words of praise, or who will be cut down to size for the entire world, via the world wide web, to experience.  It raises the question about the possible symbiotic relationship of the chef and the critic.  Who is using who?  Who is really benefiting from this arrangement?

In the film, we see a wonderful exchange between a chef who is taking the blogger to task for writing that one of his dishes is the worst food in the history of the world, and the bloggers reaction that it was just hyperbole to cater to his select audience that shared his culinary sensibilities.  They shake hands after a lengthy back and forth, and then the chef proceeds to cook a new meal for this person who may again stab him in the back with the very knife used to prepare this meal (metaphorically speaking). 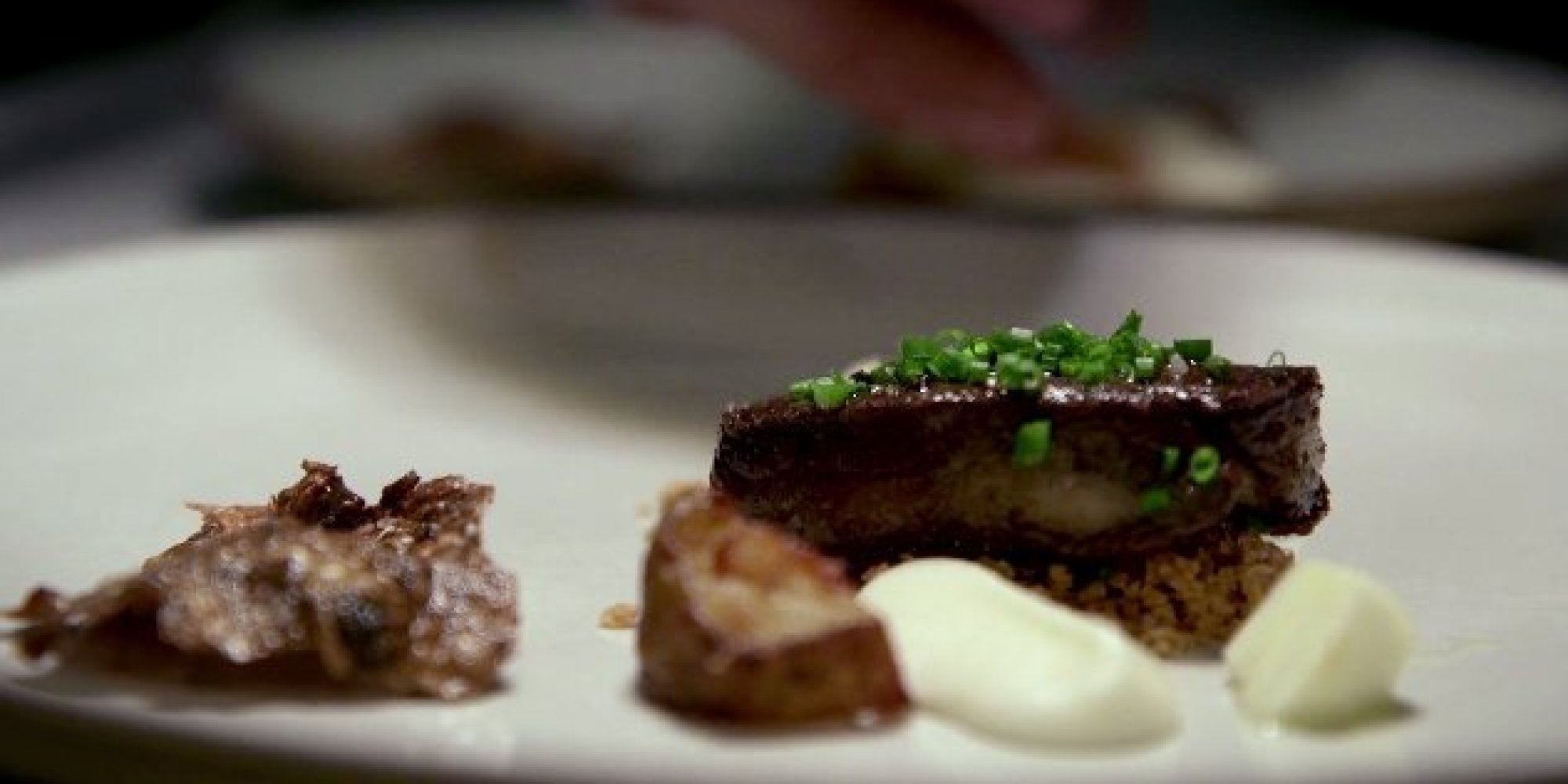 The film is beautifully shot, and we get amazing views of some of the most exotic places such as Kyoto, Japan as well as some of the most unusual places to find fine dining, like the sushi shop in a parking garage in Tokyo. Following Aiste Miseviciute, we get a peak inside this 7-seater sushi restaurant called Sushi Saito.  Even though when you open the door to the establishment which looks like its a door to the janitor closet (according to Andy Hayler), inside is one of the best restaurants in the world.   New York City, Macau, Hong Kong, Paris, and more, all have a presence in this film, and you get a sense of the artistry and craft of modern gastronomy through not only the presentation of the food itself, but also through the city, scenery, and chefs behind each dish. 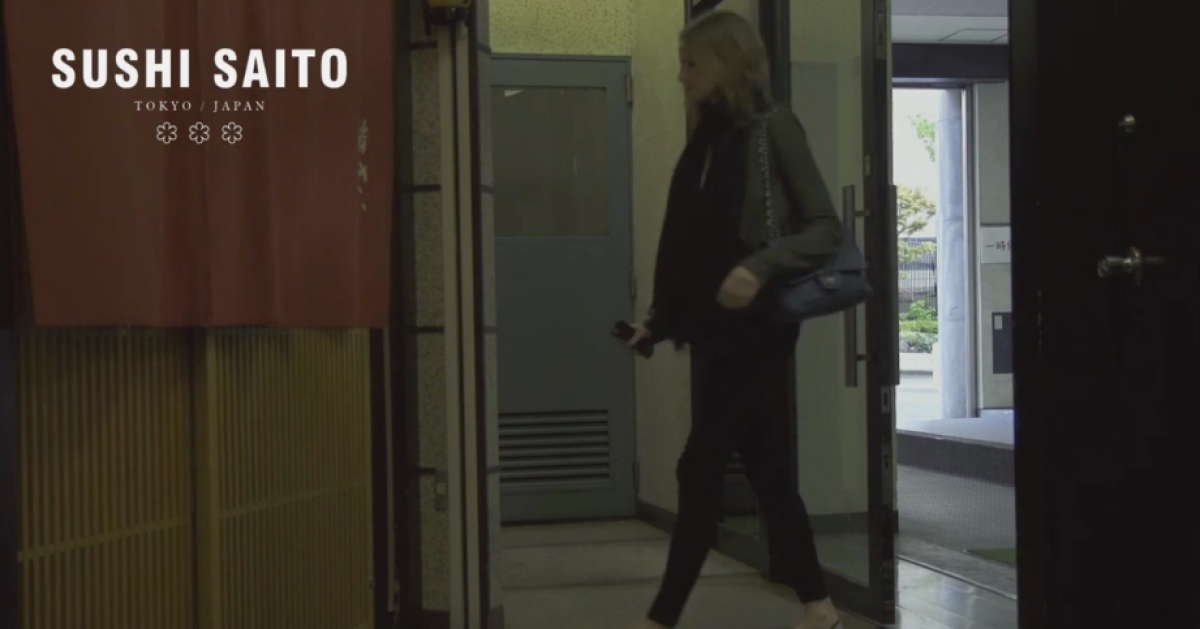 Another question that is looked at, is how many people are simply trying to eat well by doing a blog for the notoriety of it, and how many bloggers may not be true aficionados in the culinary arts.  Everyone eats, and everyone has an opinion, but what makes one review or critique an informed one?  Is there an academic approach one must have to be credible?  There certainly is in terms of preparing and presenting the food, but there is no such standard for those providing the review.  The lack of academic standards in food critique has caused a lot of stress among the chefs and restaurants around the world as they weigh out how much they open themselves up to this new group of obsessive food lovers and legitimize individuals that maybe don’t deserve being legitimized.  On the other hand, what better way to advertise their product than take advantage of this ever-growing phenomenon where each new blogger popping up online represents a potential new audience to appeal to? 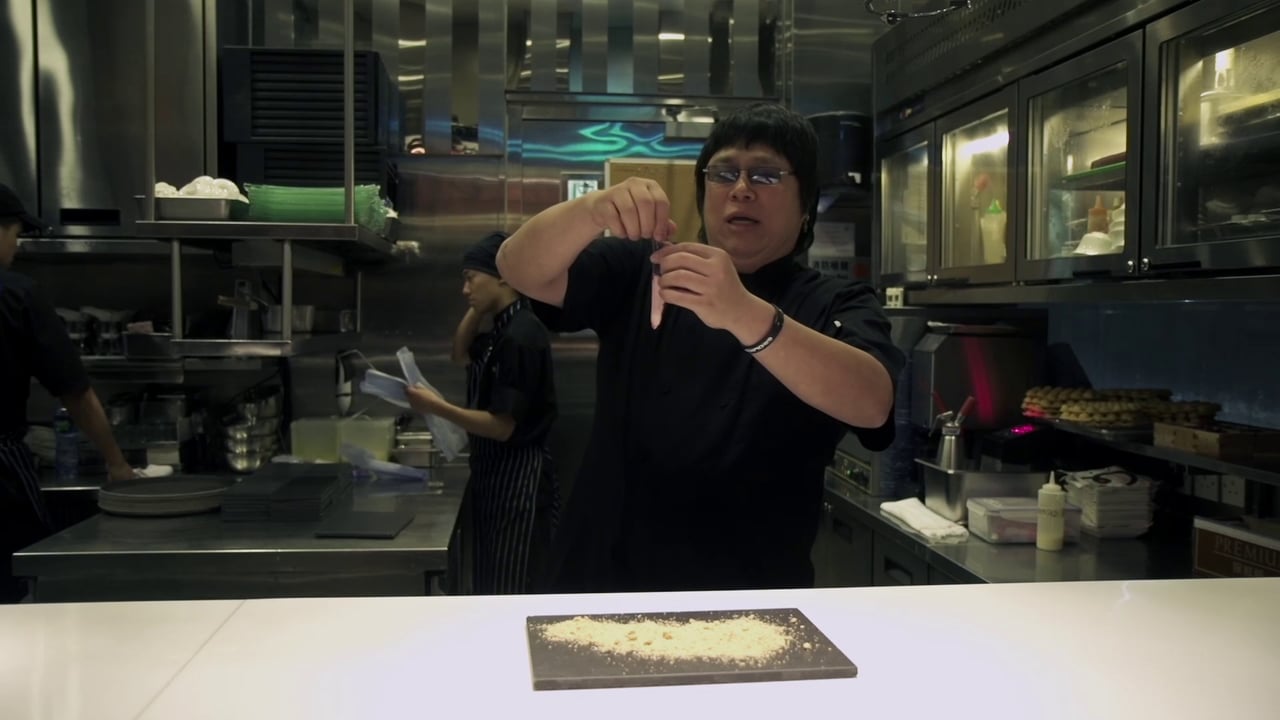 Foodies is directed by three individuals who are basically making their first documentary.  Despite this, the film is competent, and interesting, though the narrative they’ve assembled can be a bit dry at times without a clear focus.  It will give you the desire to travel, and partake of the finest cuisine that the world has to offer. It will raise questions about the boundaries and limits of food (especially a dish called ‘sex on the beach’ which involves graham cracker “sand” and an actual edible condom filled with condensed milk, etc.).  If you find that you can’t afford to travel to these unique places, it will inspire you to do the next best thing…..read about it!

Kino Lorber’s DVD release features the film, and the films trailer.  There are no other featurettes, or bios of the either the filmmakers, or the “foodies” themselves which may have been interesting to provide more in-depth coverage of each blogger beyond what we are shown in the final cut of the film.  It is presented in either 2.0 or 5.1 surround sound and with English subtitles. 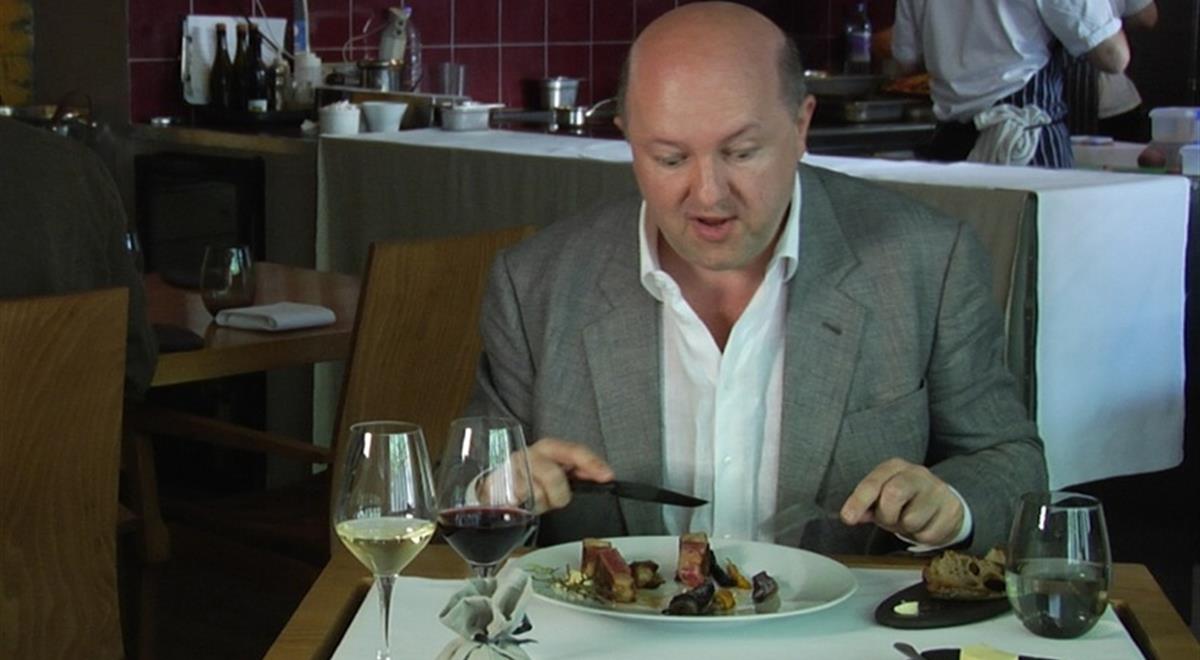