Max on Movies: LIGHTS OUT 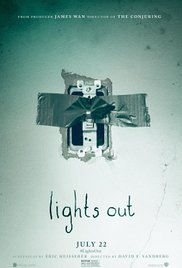 In 2013, a short film made the internet scream with a striking premise and effective jump scares. The director of that short, David F. Sandberg, now brings us a full length version with the same striking premise, jump scares, and title: Lights Out.

The film opens with a man named Paul (Twilight dad Billy Burke) working in a scary warehouse-type place. I don’t know what kind of warehouse this is, but it houses mannequins. Creepy mannequins, not the fun ones Meshach Taylor used to hang out with.

Paul is looking through some documents about a mysterious happening years before when the lights go out and he is attacked by an entity revealed in the darkness.

“Lights Out” is fun, but it isn’t scary, despite exploiting the primal fear of the dark we all share. 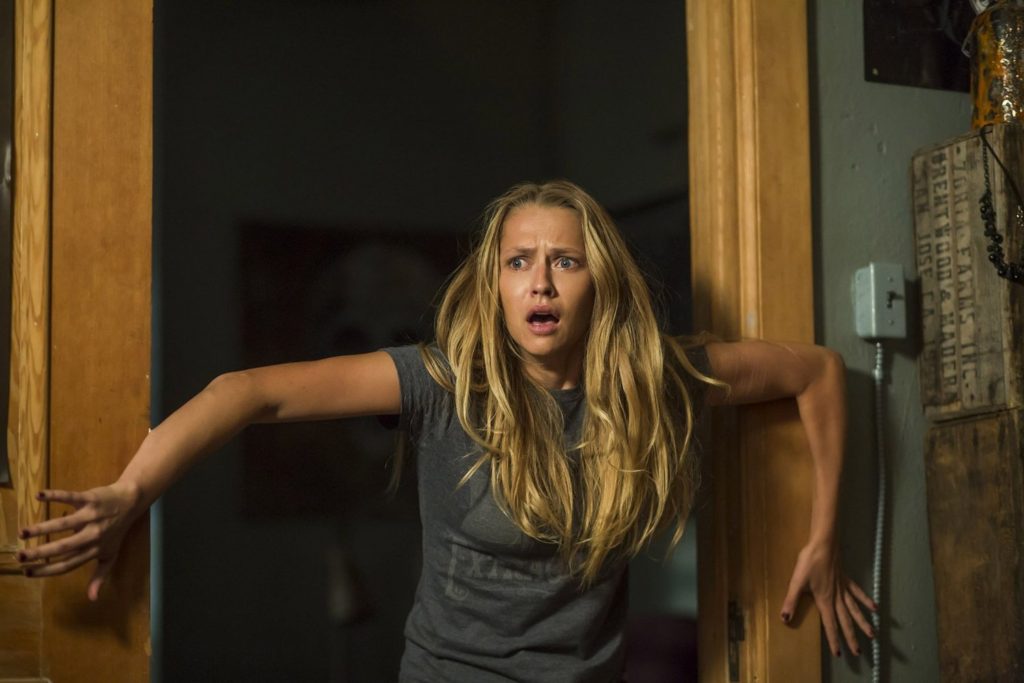 Teresa Palmer in LIGHTS OUT

We then meet Becca (Teresa Palmer), an emo kid who lives above a tattoo parlor and is dating Bret (Alexander DiPersia). Bret is pretty clingy (he wants to leave his toothbrush at her place) but Becca keeps him at a distance, as she does everyone.

Becca gets a call to pick up her younger brother Martin (Gabriel Bateman) from school, because they can’t reach their mother and it’s the third time he’s fallen asleep in class this week. Becca takes Martin back to their mother’s house and discovers dear old mom is once again off her medication.

Becca and Martin’s mother Sophie (Maria Bello) is having a hard time dealing with the death of her second husband Paul (from the mannequin warehouse!). She has a history of mental illness, and her first husband split years ago.

Maria Bello is wonderful as this mentally ill mother, conveying how helpless she is in her situation even as you’re frustrated and at times horrified with how she treats her kids. 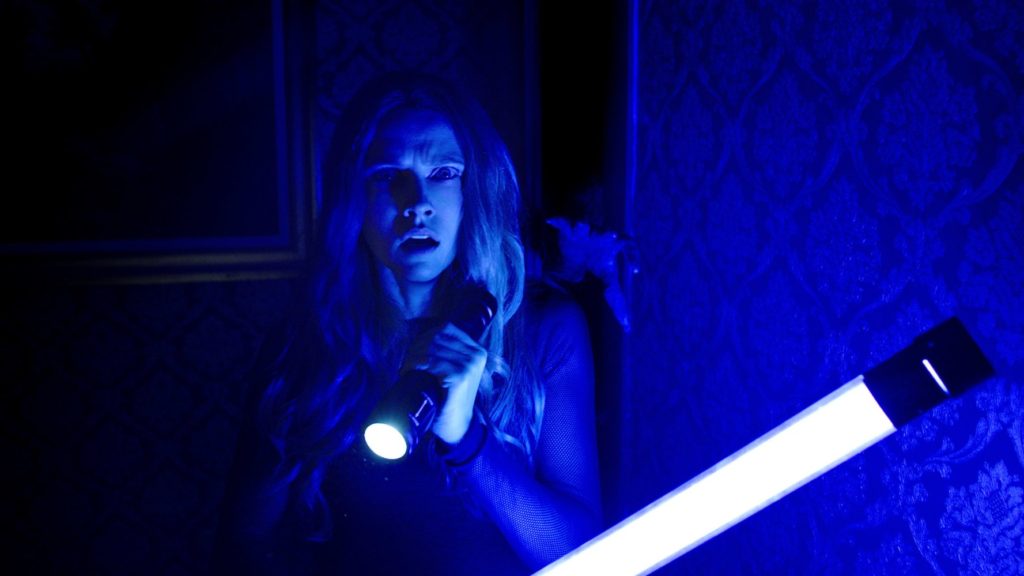 Through Sophie we learn about a dark history involving a young girl named Diana, who was only comfortable in the dark. I won’t say more about these revelations, except to note that there are two different roads they could have travelled with the reveal, and it feels like they changed their minds at the last moment.

I’ve been rooting for Teresa Palmer’s career since seeing her in Take Me Home Tonight and The Sorcerer’s Apprentice. Despite her convincing work in Lights Out, she has yet to find her breakout role. Casting directors: hire this woman!

Lights Out is fun, but it isn’t scary, despite exploiting the primal fear of the dark we all share.

While I don’t expect it to do very well at the box office, I wouldn’t be surprised if Lights Out starts a direct-to-video franchise. The explanation of the haunting leaves a lot to be desired, but there are plenty of stories you could tell about being frightened when the lights go out.