Film Review: ONCE UPON A TIME IN AMERICA

Something To Do With Sergio Leone? 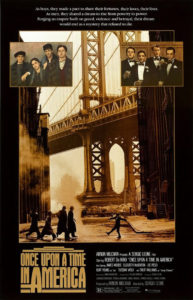 If it’s true, as Sir Christopher Frayling claims in his seminal book on Sergio Leone, Something to do with Death, the director stated that he really just wanted to make “fairy tales for grown-ups”. A film buff to the core and a child of the silver screen (his parents worked in the Italian film industry, paving the way for his own emergence in the system), Leone seems to have been granted his movie-magical wish. Boasting one of the most successful filmmaking careers in his own country, if not all countries, Sergio Leone became a more than a director. He became an aesthetic, a style, an attitude on screen. He didn’t make many movies, but when he did, he gave them his all: All the soul, all the vision, all the violent panache.

Late in his own story, Leone’s career as an auteur of the operatic grew in stature as it stalled out in necessary financial support. He wanted to make Once Upon a Time in America, a mighty magnum opus of crime in prohibition era U.S.A. It took him at least a decade to realize this dream. The result is a sweeping, non-linear epic of memory from the increasingly unsympathetic point of view of a man who only ever knew how to live for himself. Do I mean the film’s main character, or the director? Definitely, and quite apparently.

OUATIA is a film as lavishly ornate in its period recreation as it is sickeningly brutal.

Is it possible for a film to bear both an overbearing, seasoned brutal streak, and maintain an innocent twinkle in its eye? Over the course of its exhausting and exhilarating epic run time of nearly four hours (this review stems from the 229 minute cut, made available on DVD in 2003), Once Upon a Time in America manages to walk this impossible line. The film bears all the markings of a nostalgic memory of a life never lived, in a place one has never been. Yet, a hyper-present sense of unrepentant guilt hangs over the entire affair, like the unshakable mists of a memory/dream. 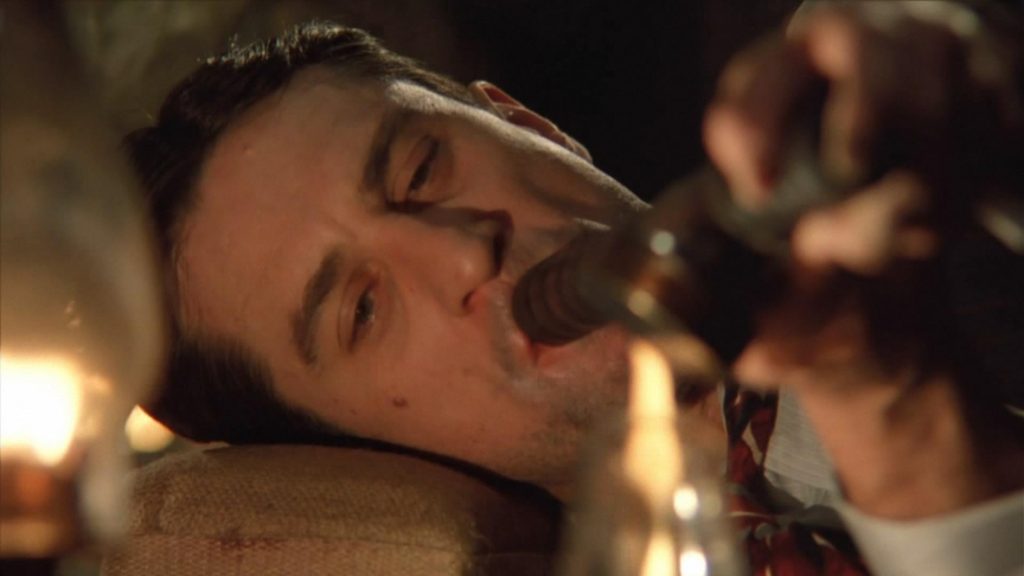 Robert De Niro spans generations in ONCE UPON A TIME IN AMERICA.

Robert De Niro plays one of his most sensitive but hardened and violent characters yet, a lifelong gangster called Noodles, based quite loosely on Harry Grey’s own life as told in his novel The Hoods. On the tide of Prohibition, Noodles and his boyhood crew of criminal ne’er-do-wells rise to underworld prominence in Lower East Manhattan. Their lives of opulence, guns, liquor and prostitutes is a classic inward celebration of the self, pleasures seemingly accepted as the ointment necessary in dealing with the isolation, rejection and fear that they breed around them. As Noodles flash-forwards from his early 1930s heyday to his life and times as a lonely old man in the 1960s (set to composer Ennio Morricone’s piercing strains of the Beatles’ “Yesterday”), he seeks a resolution to his lingering threads of the past. After nearly four hours of ambiguous bursts of violence, including but not limited to murder and prolonged, horrific rape committed by our protagonist, Leone has the gumption to leave things strangely unresolved, mysteriously so. Was it all some kind of fairy tale fever dream? An opium-induced string of regrets denied and love lost? Seemingly, yes. 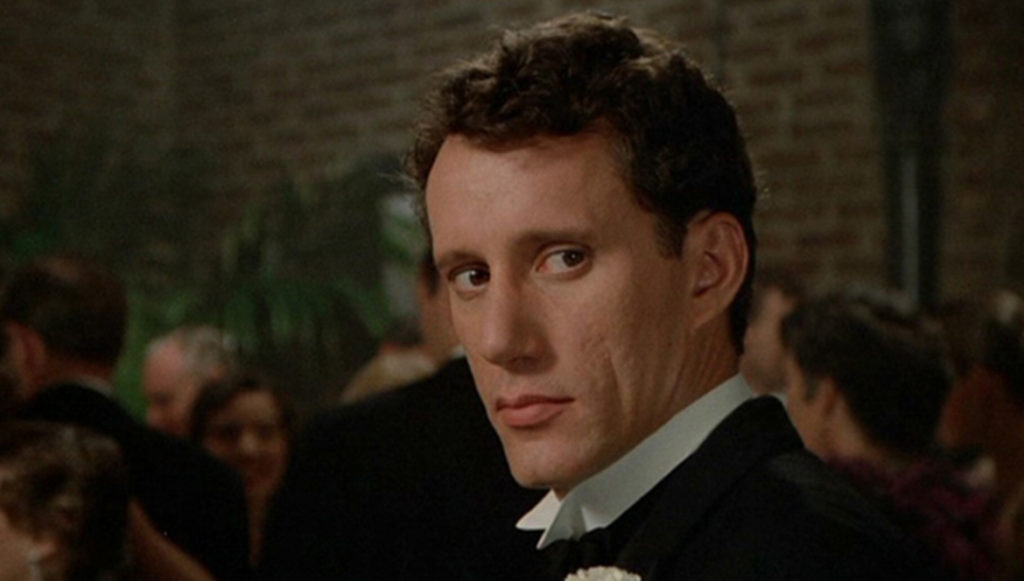 James Woods as Maxie in OUATIA

OUATIA is a film as lavishly ornate in its period recreation as it is sickeningly brutal. Particularly in the beginning, blood and disfigurement are liberally present. Through it all, Ennio Morricone’s score is one of his most magnificent, and the cast is spot-on all the while. James Woods plays Maxie, Noodles’ literal partner in crime, running a speakeasy business behind the front of undertaking. Elizabeth McGovern is Noodles’ unobtainable object of desire.  Her less-than-fully humanized role in his story dates back to early-years flashbacks when her character is played by a young Jennifer Connelly, dancing in a dusty back room while young Noodles peeps longingly through a hole in the wall.

Strictly speaking, only a director who’s sufficiently overthought this material would consider it a fairy tale. On the surface, and even deeper, it’s a lot of other things first: A crime film, A masculine drama, a coming of age picture, an old man’s lament, a period epic, etc. Yet, Once Upon a Time in America fits the fairy tale movie parameters better than so many other Leone films. More so than the commentary on America that some may expect, it’s Leone’s own commentary on himself, and an uneasy one at that. Without having fully studied Leone, or having finished Frayling’s celebrated book about him, it’s safe to say that although OUATIA bears all of the markings of the years-gestating passion project that it is, it’s not his masterpiece. That honor will always belong to his other fairy tale-titled pastiche, Once Upon a Time in the West.

OUATIA rambles, shambles, and just keeps getting longer. (Since this thoroughly extended version surfaced, an even longer cut has become available). But, it wears its patina of dusty, sepia-like memory well. The film is admirable but difficult, likely best left avoided by a good portion of the filmgoing populace, due to some extremely disturbing moments and actions. It does, of course, have its vocal fans, and their admiration should not be denied. 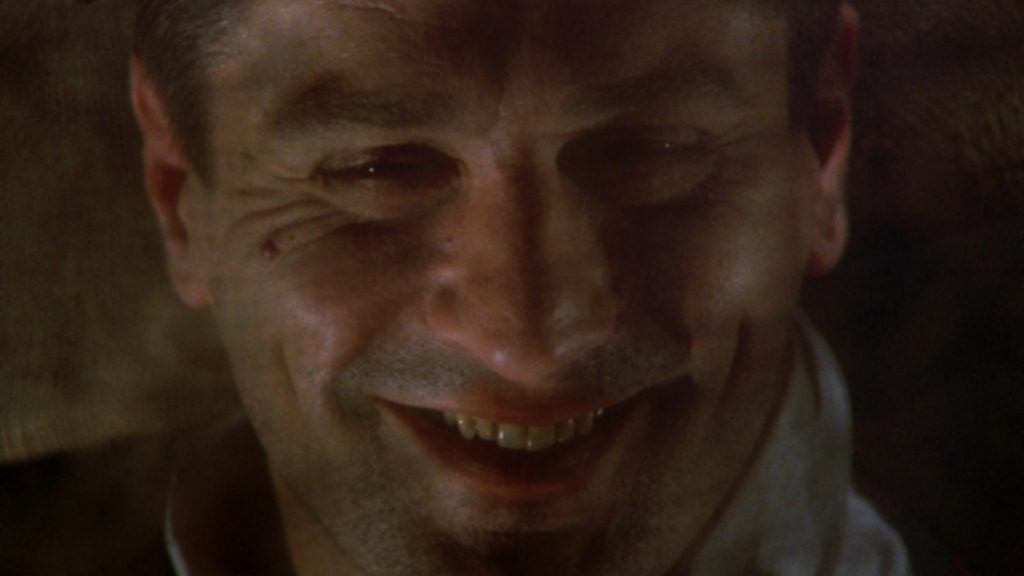