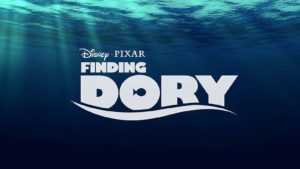 From the Academy Award Winning director of Wall-E (2008) Pixar’s upcoming animated family film Finding Dory, one of the most highly anticipated sequels to Walt Disney’s modern classic 2003 underwater escapade “Finding Nemo”, is nearing its forthcoming release, a spectacular feat given it’s been over thirteen years since the 2003 film’s theatrical run that set the bar for the highest earning American animated film until it was triumphed by 2010’s Toy Story 3.  I was fortunate enough to ask creative mastermind Andrew Stanton, along with producer Lindsey Collins, a few questions pertaining to the film, one of which being why they think the movie resonates among children and families so strongly all these years later. “Nemo became way more popular than anyone expected upon its release.” Stanton spoke, “To this day, I think it’s the most number-one purchased DVD. It’s been seen in the most family households. It’s very much what, for my generation, what it was like to have The Wizard of Oz play on TV every year growing up. It’s just something everybody seems to know, whether they like the movie or not.” He continued, “It was nice to know that there was a desire to go back there. I think that’s part of the reason we didn’t go back right away. We didn’t want to go back unless there was something worthy to talk about because I knew how much depth there was to the first movie. I think that’s why it took thirteen years. I know when an idea has got a heartbeat and I know when it’s kind of shallow. The brain is a funny thing. You never know when you’re going to be inspired.”

Finding Dory picks up a mere six months after its predecessor where the slightly disabled, but oh-so lovable Dory as played by Ellen Degeneres, now lives with formerly overprotective clownfish Marlin, played by Albert Brooks, and his adventurous son Nemo played by Hayden Rolence. When Dory has a sudden flashback of a childhood memory that alludes to “the jewel of Morro Bay, California”, chaperoned by Marlin and Nemo, the trio venture out yet again on another quest, this time in search to find Dory’s family. Stanton admits to wishing he could possess more character traits of Dory. “Basically, Marlin is me. I spent my whole life being worried, fearful and obsessing about the past, while also being nervous about the future, therefore making it very hard to be in the present.”He continued, “Dory is sort of who I’ve always wanted to be. I’ve always wanted to just be caught up in the moment and just enjoy everything for what it is, while always seeing the best in everything. I want to believe that’s why so many people have universally fallen for her. I’m very jealous of people who are like that. She’s very accepting. I admire how much she doesn’t judge others.”

Additionally, Collins went on to voice her say. “I think Dory, just because of her condition, is permanently in the moment in a way. Part of this movie is her learning to give herself acceptance that she gives everybody else.” 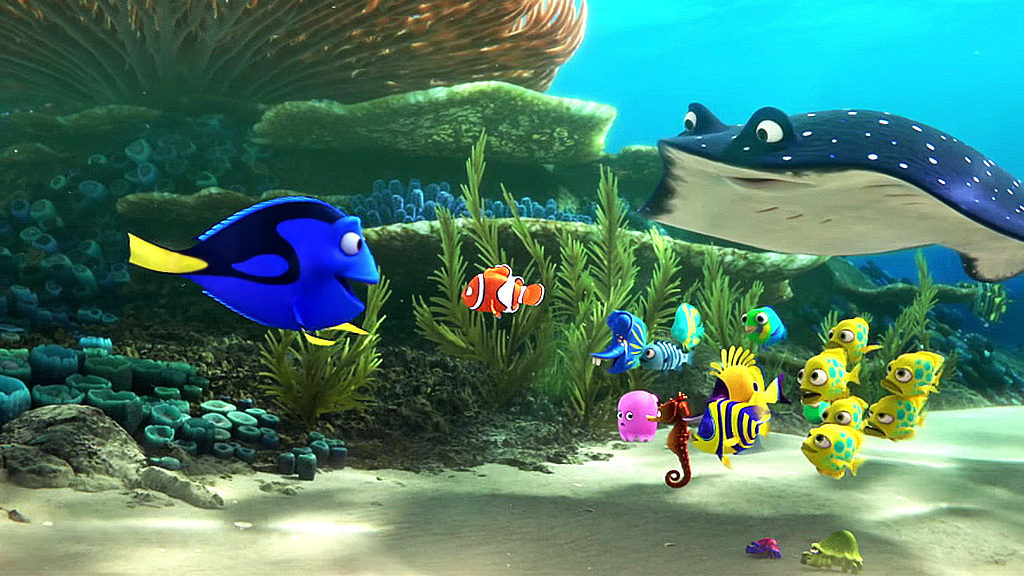 It’s no secret that Ellen Degeneres is passionate about Finding Nemo, so much so that she was the one to announce this sequel on her show back in April of 2013. When asked what makes her so enthusiastic about the films and her personal connection to the character of Dory, Collins explained, “You can’t separate the two. If Ellen wasn’t on board, we considered dropping the Dory character entirely. We kind of felt like we had a good chance that she’d be up for it since she continued to say she would for the past twelve years on her show.” Collins laughed, “But Ellen’s’ humor and her acting is so much in her delivery. She can give charm and wisdom to the most mundane line. For us, it’s just gold. So every time we got to go down and work with Ellen in the recording session, and we had quite a few chances on this film, possibly over five-hundred lines, she was a champ and it was so refreshing when we would hear her read the part. She just brings it to life. 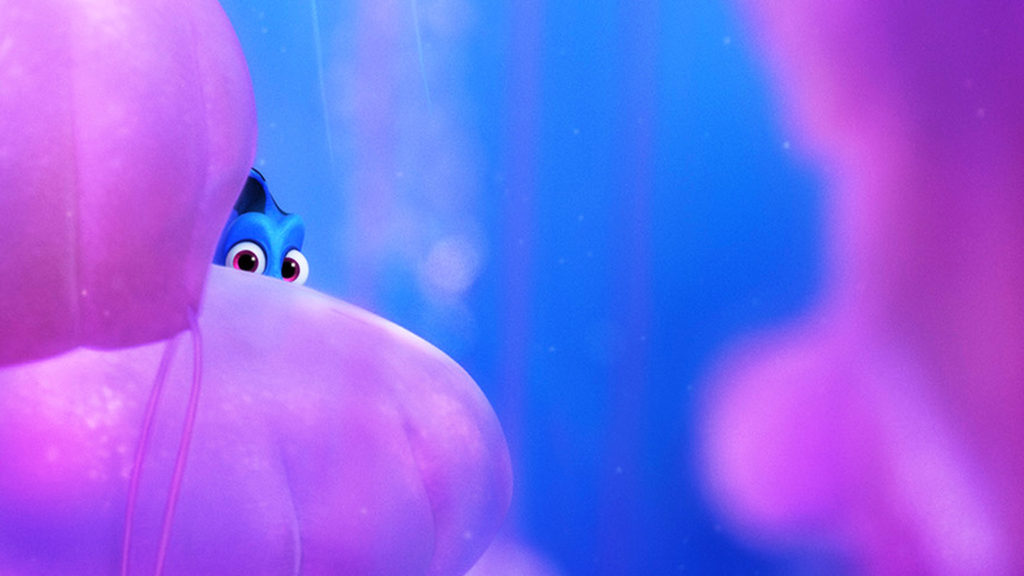 Stanton also commented on how a great deal of the original film’s fan base are a much older now. “We started to make it in 2012 and about six months into the process, it just dawned on me that it was going to be a whole different class of an audience coming into the movie. I was like ‘Wait a minute… All the people who liked the original movie are thirteen years older and they’re probably in college now, or even parents.’” But that didn’t stop him from making the film he wanted to make. Stanton claims he didn’t pander to any specific audience, but rather made the film without compromising his vision.

“The truth is, and I can only speak for myself, but I never target the film for anybody. I just write things that I want to see and I think I’m just immature enough that it allows all ages.”

He laughed, “I really respect when I’m listening to music, or see artwork, or read a book from a novelist and I don’t necessarily want them to second guess what I want. I’m more interested in what their taste is and I like being introduced to stuff I would’ve never thought of. So I want to be respectful in the same way back and do something that I find really enjoyable to myself, as well as my peers that I work with. Here at Pixar, were our own toughest audience. If we can get past us, then there’s a good chance other people will like it.” 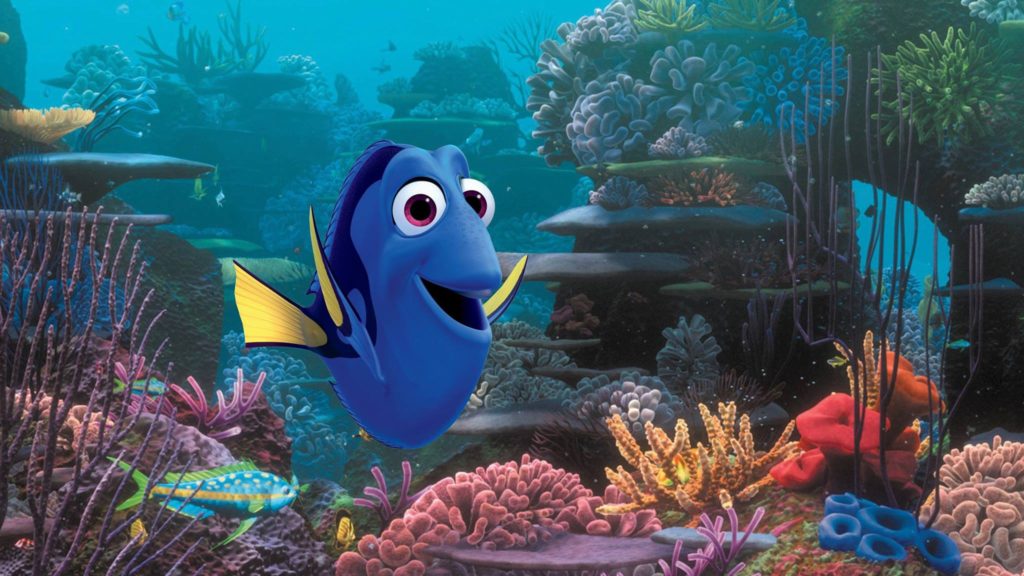 Stanton concluded by shedding light on the topic of mental and physical disabilities, something the original film made aware for kids in a really enlightening way that Finding Dory continues to a certain capacity. “I felt that Dory saw her short-term memory loss as a burden or as a handicap, but we, the writers and creators, love her for it. I wanted her to see herself and love herself as much as the rest of the world loves her.” He elaborated, “I realized it’s kind of a metaphor for everybody. Everybody has something about them that’s not perfect, or maybe they put themselves down for, but it’s actually what makes you special and unique. You learn as you get older to own that part of yourself and embrace it. It’s an expression of self-confidence and a good thing.