This Is One Film You Shouldn’t Forget 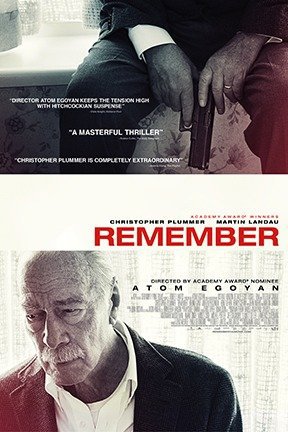 Director Atom Egoyan truly delivers in his latest film, Remember.  With a script from first time writer Benjamin August, and two classic film stars in Christopher Plummer and Martin Landau, this film is better than anything currently playing at your local theater.

Christopher Plummer (The Sound of Music, A Beautiful Mind, The Girl with the Dragon Tattoo) plays nearly 90-year old Zev Gutman, a man living in an assisted living facility and who is suffering the early stages of dementia.  Having recently lost his wife Ruth, Zev has trouble remembering where she is, and as a result where he is, as his bearings are tied to the relationship he had with her.

Now a widower, Zev is usually able to shake off the foggy haze of what he doesn’t recognize once he connects with something or someone he does know.  Typically this is when he sees his son Charles (Henry Czerny-Mission: Impossible) who is finding it tougher and tougher to deal with his father’s needs, especially as he grieves his mother’s death.

The script is tight throughout the film, and I found myself having genuine uneasy feelings in the pit of my stomach as this unlikely vigilantee made his increasingly perilous journey.

A fellow resident named Max Rosenbaum, is one of Zev’s oldest friends and is able to help Zev navigate the assisted living community when Charles is not around.  Max is played by Martin Landau (Ed Wood, Tucker:The Man and His Dream, The Majestic) and both of these veteran actors (Landau and Plummer) deliver in their performances.

Max gives Zev a letter with instructions that must be followed exactly.  Given Zev’s condition, especially when he wakes up, this letter will serve as a life line for Zev as he embarks on a journey to fulfill a promise to Max, that once Ruth died, he would set out to kill the Nazi guard who murdered both he and Max’s family at Auschwitz back during WWII. Having just visited the U.S. National Holocaust Museum in Washington, D.C. a week before this screening, the horrors of the atrocities suffered at places like Auschwitz were very fresh on my mind.

Max is the man with the plan, the research, and the funds to keep Zev off the grid after escaping from the assisted living facility.  Zev will have to figure out which of four possible individuals on Max’s list is the real Rudy Kurlander, the assumed name of the ex-Nazi who is hiding in plain site all of these years later.

The script is tight throughout the film, and I found myself having genuine uneasy feelings in the pit of my stomach as this unlikely vigilantee made his increasingly perilous journey.  One of the best interactions in the film involves Plummer and Dean Norris (Breaking Bad, Little Miss Sunshine), a cop whose father has one of the most authentic collections of Nazi memorabilia, and who has passed his hatred on to his son. 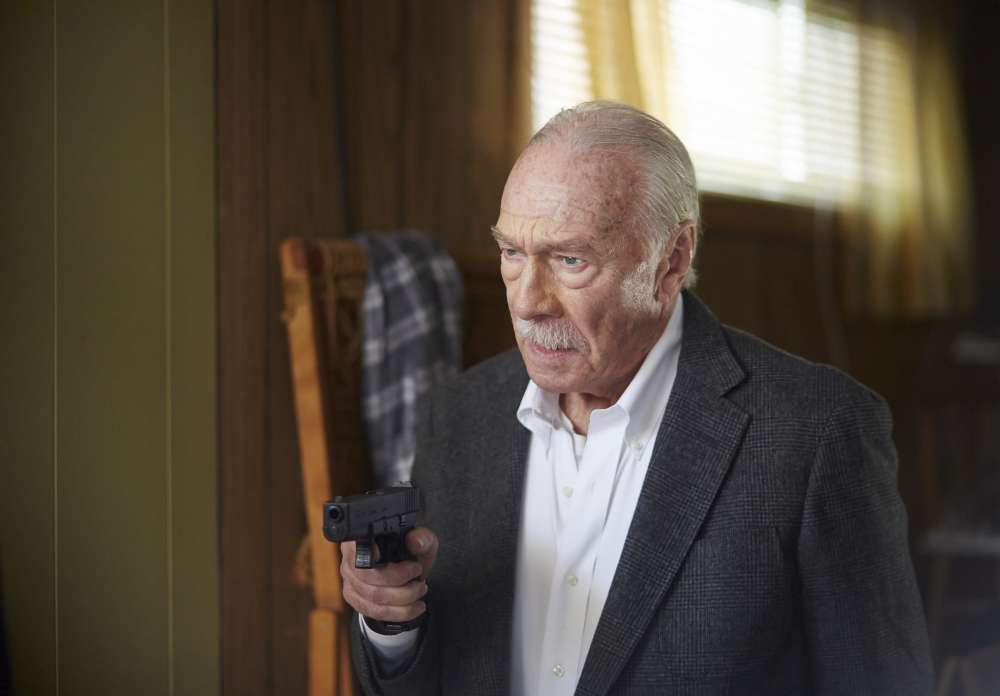 The film’s pace, score, and cinematography all help set the mood for how this film plays out, providing a true twist at the end that does not feel manufactured or forced like so many films who use that as their schtick to sell tickets.  In fact, there is really nothing about this film that will put it on the radar of the average film-goer, especially since this film is opening at Sundance and other smaller art-house-type theaters.  That is the biggest shame, too.

This film deserves to be seen by as many as possible.  It is gripping and current, deals poignantly with the nature of evil and how we are to confront it, and features a master-class performance from two of cinema’s greatest treasures.  What they are able to do in their 90’s, their subtleties of character and mannerisms, along with their ability to drive the tension with a word, a walk, or their stature at the piano even, should be goal of every actor working today. 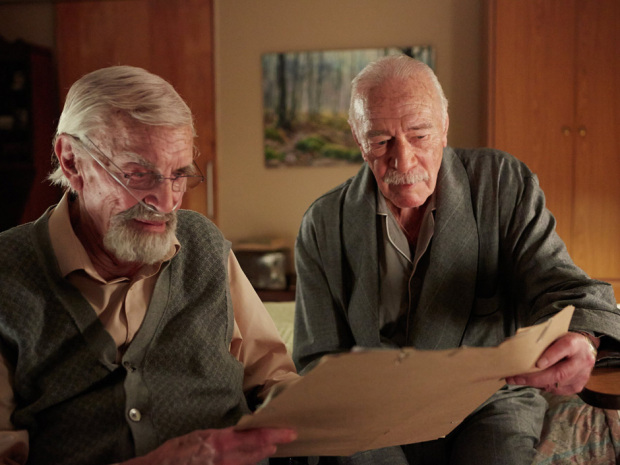 Atom Egoyan, who has often been nominated for many awards, strikes a perfect balance here, allowing his actors and the script to do the heavy lifting, but at the same time demonstrates the deft touches of a director who knows his craft. There its nothing flashy in his offering but each shot is intentional, and each camera angle adds to the story being told, and the tension that is being built.

The layers built into each character, and the story as a whole, warrant repeated viewings. Rememberis the journey of a man struggling to recall a person in his past so that he can enact revenge for the evil that was done so long ago. But for us it is a compelling and entertaining film that will leave us on edge until the very last frame.

If you are tired of films that don’t seem to deliver, despite their bloated budgets, special effects, and star power, then take a chance to find the theater closest to you that is showing Remember and enjoy a film that delivers the goods with all of the simple, subtle, yet powerful things that endure the test of time.  Namely, story and performances.  Remember is one film that no one should forget.