Film Review: BORN TO BE BLUE

“Try Being Happy For Longer Than 10 Seconds At A Time.” 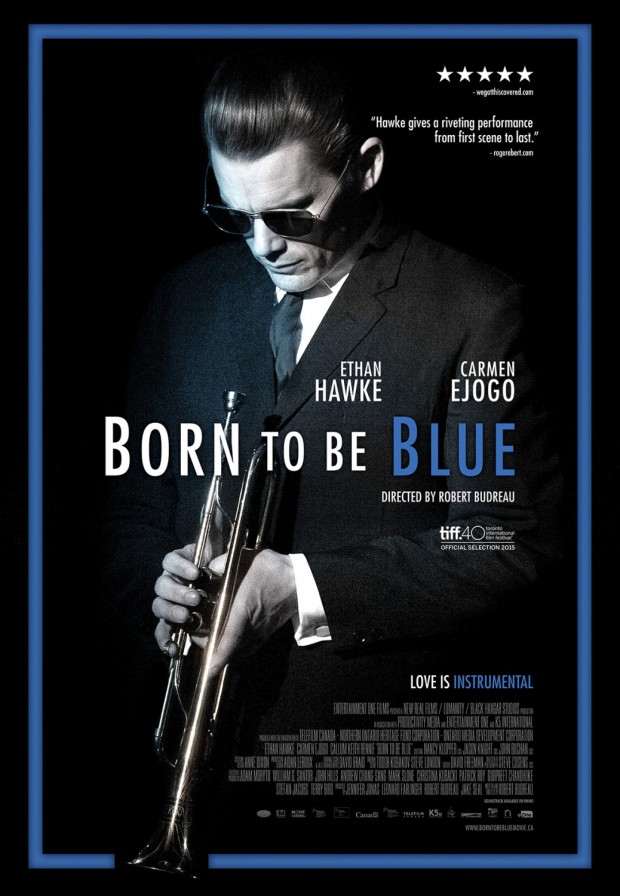 Born to be Blue promotes itself as a “reimagining” of Chet Baker’s musical comeback in the 60s, which is a word that’s usually fatal to popular fictional franchises, but makes for an inventive new take in a biopic.

Ethan Hawke portrays the trumpet player recently paroled from prison—for, among other things, drug use—and starring in a biopic about himself. This movie-within-the-movie never happened in real life (that I know of), but it provides a novel approach to flashback structure. Shot in steely-gray black-and-white with deep shadows and glowing highlights, the 1950s sequences looks reminiscent of the jazz photography of the time. Without this device, writer-director Robert Budreau could still have legitimately inserted flashbacks in b&w, but the choice might have lacked the imaginative reality-trip.

Carmen Ejogo plays Chet’s fictional girlfriend Jane in the movie’s present, an actress he meets while she’s playing his ex-wife Elaine in the flashbacks. The parallels between the two relationships get a boost from this casting trick, and also overshadow Jane and Chet’s romance with a sense of inevitability.

Ethan Hawke, known for his preternatural youthfulness, lets himself get kind of sad and flabby for the role without losing any of his charisma.

He starts out missing a tooth (due to a childhood accident of Chet’s) and then struggles with dentures when Chet’s teeth and jaw are busted up by a drug dealer, almost ruining his comeback before it can get started. He adopts a kind of wispy but earnest voice that reveals the lost boy who just wants to play, but can’t shake off the melancholy that seems inherent with his temperament.
“C’mon, it’s a jazz club, someone has methadone,” his best friend and producer Dick (Callum Keith Rennie) tells him when he’s going into withdrawal right before a performance. It’s one of many scenes in which the people in Chet’s life, including his parole officer (Tony Nappo), try to root for him with varying degrees of success. The mystery of where Chet’s self-destructive habits come from—unsupportive parents, a jealous Miles Davis, a chemical addiction, or just the state of being an artist—quietly plays underneath the story, Hawke’s performance, and the title of the film itself. 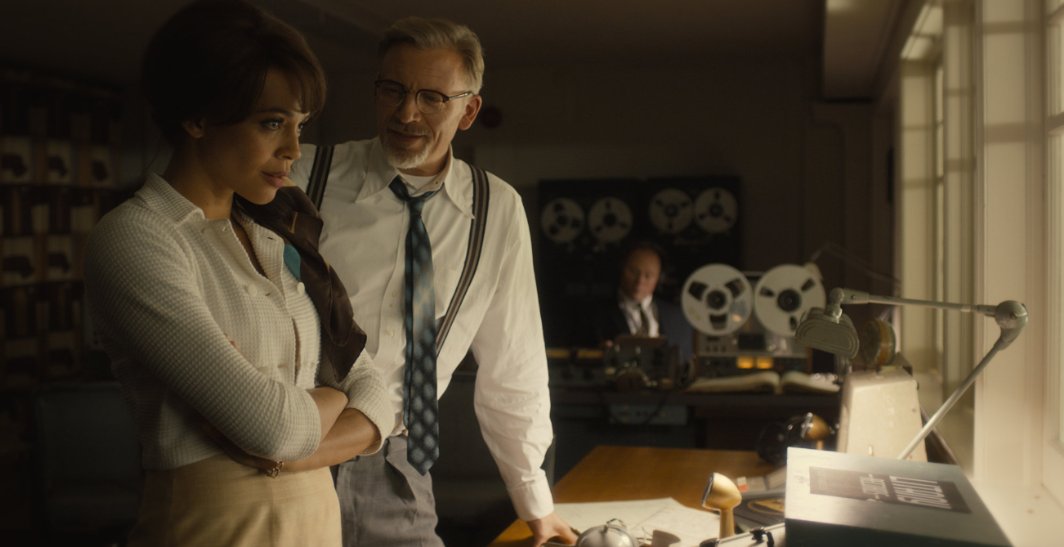 Inventive though the structure is, the story doesn’t offer a lot of twists and turns. Artist creates work of genius, hits bottom, reforms, faces temptation, both attracts and repels his friends and loved ones…rinse, repeat. It’s always an excruciating cinematic experience for me to watch the life stories of people incapable of making healthy decisions, but that can be part of the addictive dramatic appeal.

Your mileage will depend on how strongly Hawke’s performance pulls you in, and possibly if you know something about the life of Chet Baker already (which, full disclosure, I don’t). Biopics aren’t generally my favorite genre, mostly because they try too hard to be definitive takes on famous figures’ lives even while taking dramatic liberties with already dramatic material. But if more of them admitted up front like BLUE does that they’re offering an imaginative take on their subject to reveal new truth, I’d be up for it.