Sandler Is Living Off Of the Cheat Codes… From 1982. 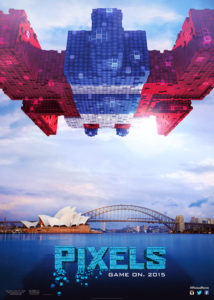 I like Adam Sandler comedies.  I really do.  I also tend to cut him a lot of slack based on the fact that he could care less what anyone thinks due to the fact that his films always have terrible critics ratings and usually make enough money to be a hit and earn him another couple of films from the studios.

For the most part, Sandler has been making a living off of his childhood from the 1980’s.  The Wedding Singer was the most direct tribute, but even Billy Madison had him reliving his experiences from grade school over, as a sort of 1980’s redo in the 1990’s.  The Waterboy had shout-outs to 1980’s references such as Lawrence Taylor, Col. Sanders, and Deputy Dog.  With his latest film, Pixels, Sandler goes whole hog inviting in every possible 1980’s video game character he can, daring you to see if you can spot every single reference he throws in.

In a nutshell, Pixels is the story of Brenner (Sandler) who loses a national video game contest in 1982 to Eddie (Peter Dinklage).  Footage from that contest as well as images from all of the classic video games of the early 1980’s is sent out to space as an invitation to any potential alien life forms to come and visit us.  It is interpreted as an act of war and the literal “Space Invaders” attack us in the form of the very video games we sent to them.  They give us a chance, of course, in the form of 3 lives (much like you could get for a quarter in 1982 when popping a coin into the arcade) to avert our fate of annihilation.  To do that, we’ll need the best gamers we have. 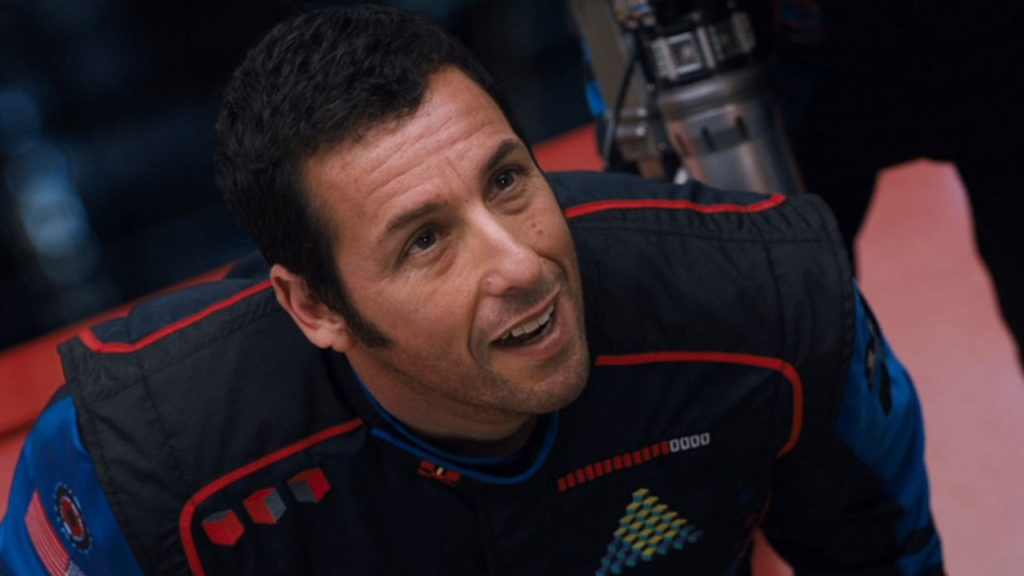 Brenner, bound for M.I.T. (Mississippi Institute of Technology) never seemed to get past his loss to Eddie. He’s been an underachiever ever since. Brenner’s best friend Cooper (Kevin James), however, ends up as the President of the United States.  He is portrayed as the caricature of George W. Bush, flubbing up a book reading at an elementary school just before we are attacked, with a veiled reference to 9/11.

Brenner, who installs technology for the latest retail outlet meets Violet (Michelle Monaghan) as he is on a house call.  When the aliens attack, she turns out to be a Colonel who the President is working with to fight the aliens, and she learns that Brenner’s past skills as a video game player might just come in handy after all.

Visually, the film is a lot of fun just from a nostalgic perspective.  The soundtrack from this era always works for Sandler. The classic video game characters will appeal to generation X, and the slams against modern gaming by upholding the purity of the original classic games will create a heated rivalry between the current gamers and the ones who were there from the beginning. This celebration of classic games, however, was already captured in the infinitely better documentary on the Donkey Kong champions in the film The King of Kong: Fistful of Quarters. 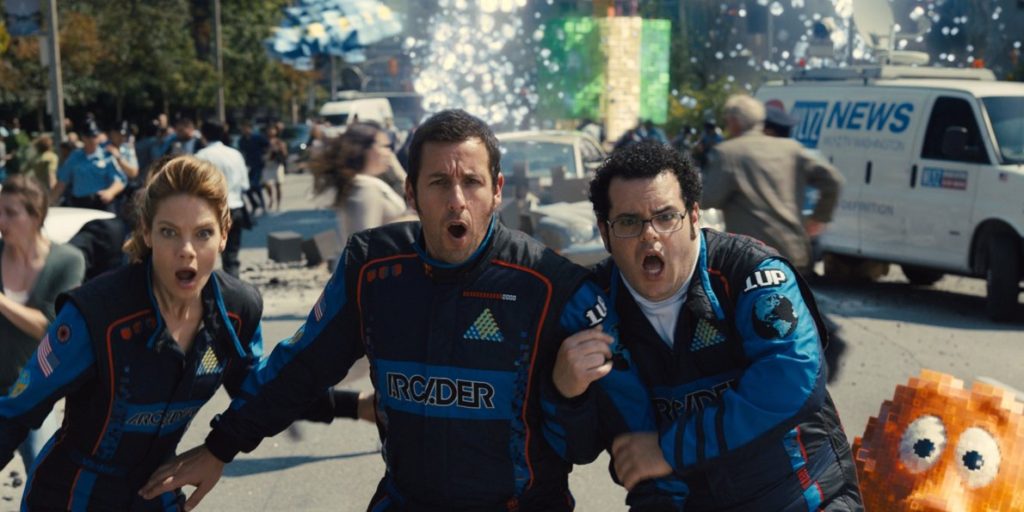 Pixels, as a film, is another story.  Chris Columbus (Harry Potter, Mrs. Doubtfire, Home Alone) delivers the visually striking adventure, but unfortunately forgot to develop much of a story line beyond the typical nostalgic plots that Adam Sandler and his crew have been content to hang their hats on year after year.  Even Sandler and Kevin James look bored, just simply going through the motions without any real energy, as if they know they are just getting to hang-out some more and earn a great paycheck in the meantime.  Both are good comedians, but have not been challenged in some time.  Josh Gad joins them as Ludlow, a child prodigy who met them at the 1982 video game contest, who now just clings to conspiracy theories and a weird sexual obsession with a fictional video game heroine from his youth. 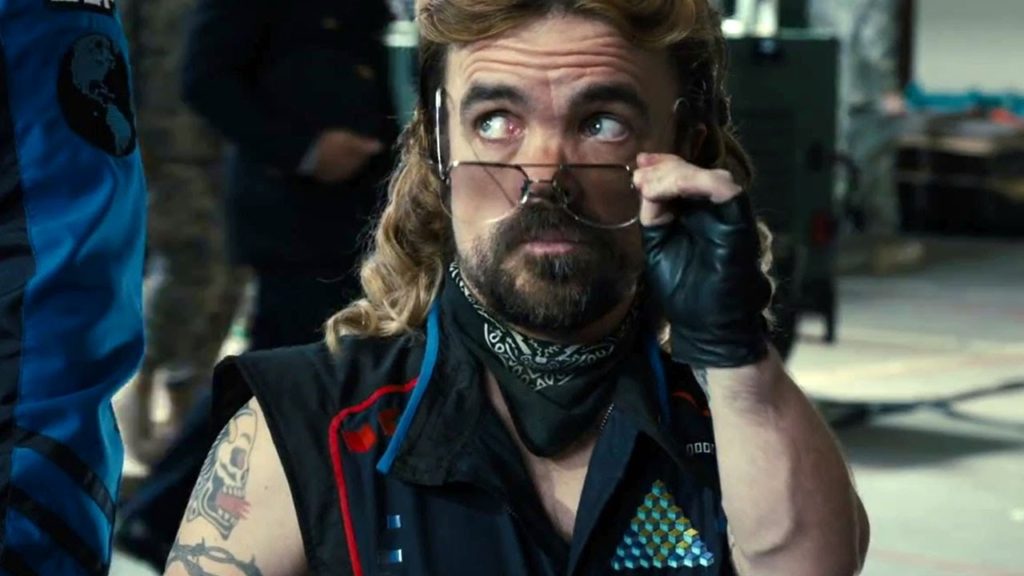 Most of the funny bits are in the trailer, and besides the visuals and nostalgia, its just an exercise in sleepwalking through another film for Sandler and friends who are simply sticking to the formula at this point.  It’s a shame, because there is a funny story that could have been culled from this plot, but for the most part neither the cast or the director are interested in that.  They seem to have the cheat codes for how to obtain a box-office hit regardless of their gameplay and they’re going to use it.

Nevertheless, Pixels will make a lot of money from the mindless masses who don’t know any better.  Let’s hope the next Sandler film takes itself a bit more seriously…..wait, his next film is part of the Netflix deal and is the already controversial Ridiculous Six.  Never mind.  Game Over.