Repression, Rebellion and Romance Among the Hassidim 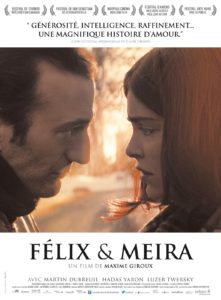 How do you solve a problem like Meira? A young Hasidic Jewish mother living in Montreal, she is quietly belligerent in her unhappiness. She is sullen in social gatherings, listens to music her husband has forbidden, and when other strategies fail, pretends to be dead in order to end arguments.

Felix and Meira depicts the world of Hasidic Judaism as patriarchal and emotionally stifling to a young, creative woman like Meira (Hadas Yaron, Fill the Void). Her movements are controlled, her confidences reported back to her husband, even the simple act of making eye contact with a man forbidden.  It makes sense that such a life might frustrate Meira. Even so, her character is not especially sympathetic. In a culture in which women are denied agency and (one might suggest) full adulthood, Meira seems to have stopped developmentally at rebellious adolescent. Her husband Shulem (Luzer Twersky) dutifully plays his role as best he can, but he is exasperated and embarrassed by his wife’s recalcitrance.

Meanwhile, Felix (Martin Dubreuil) lives in a flat just a few blocks away. He is single, secular, without career or motivation, and has recently lost his well-to-do father. Emotionally adrift, he finds himself drawn to the young Jewish woman he sees at the coffee shop. After a couple of rejected attempts at converation he manages to befriend Meira and, before long, he’s even got eye contact. This, too, makes sense.

Felix is kind and charming, with the broken-nosed handsomeness of Jean Paul Belmondo. There is more intimacy in one of his smiles at Meira than we see between Meira and Shulem in the entire movie.

Not surprisingly, a love affair begins – although the story does take some unexpected turns. Felix and Meira’s relationship moves from Montreal to New You to Canada, all within the span of a few months; and yet the cinematic pace of the relationship seems very slow. Sexual intimacy between them is implied, but never shown. There is never even a kiss, but Meira’s constrained, lifeless marriage makes even holding hands with Felix seem powerful by contrast. 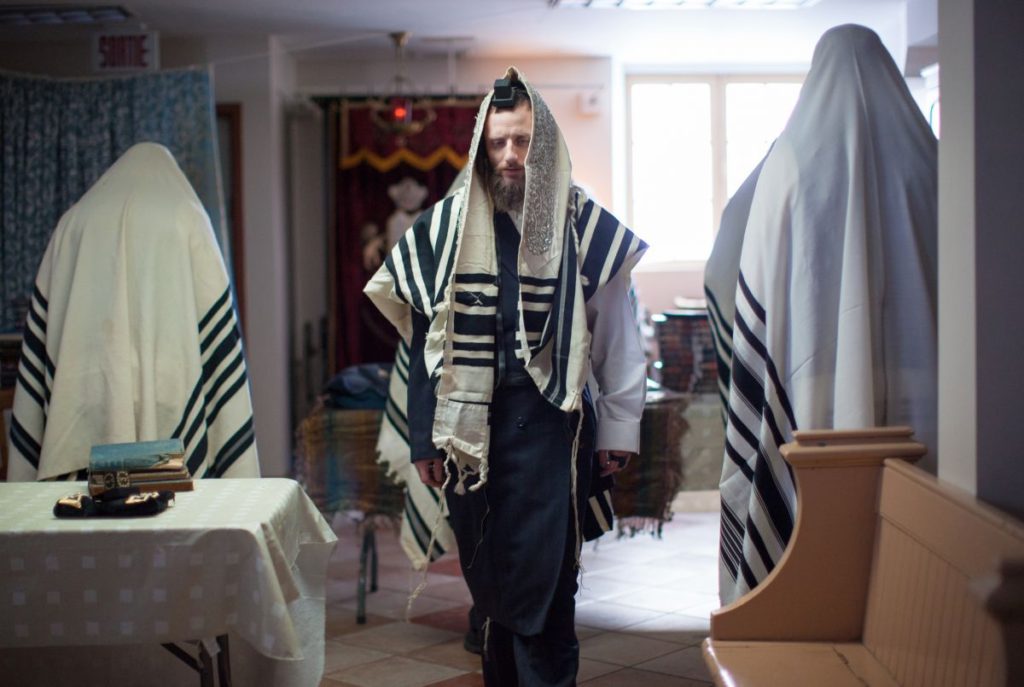 There’s a long history of “redemptive adultery” in film – movies in which someone (usually a woman) living in a dead marriage finds life, freedom and self-discovery through having an affair.  Think of it as the Bridges of Madison County formula.  For much of the movie Felix and Meira seems to be following suit, with Meira discovering salsa music and dancing, and beginning to shed her restrictive clothing (though shedding her wig proves more challenging).  These redemptive adultery films rarely look at (or care) about the fallout from infidelity.  But here was another surprise in Felix and Meira: the movie ultimately shows and respects the pain of the betrayed spouse, and allows us to see how quickly the glow is fading from Felix and Meira’s relationship.

It’s also interesting that in a movie set in such an all-encompassing religious culture, there is almost no sense of internalized spirituality.  In one of his first conversations with Meira, Felix asks her to tell him about God and death.  She has nothing to offer.  The only indication that her faith means anything to Meira comes late in the film when she she laments that she no longer has the same feelings at Sabbath.  The counsel given her by her friend Suri, and the adviice Shulem receives from one of his friends are simply about duty and discipline.  God seems strangely absent from Meira’s world, even though she is surrounded by prayers and rituals. 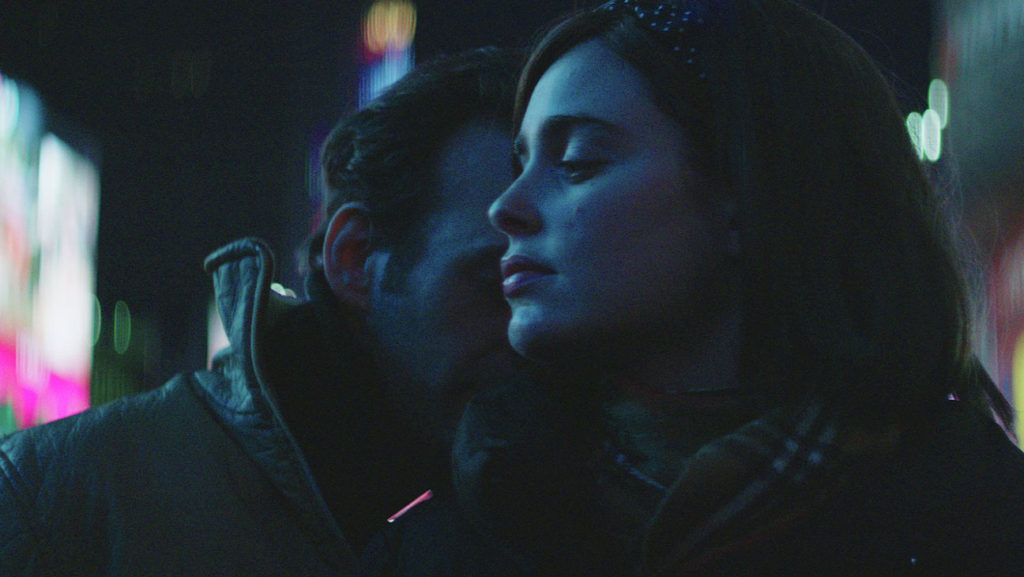 Felix and Meira, written and directed by Maxime Giroux, has sizable flaws. The pace is too slow, some of the symbolism is heavy handed, and there is a scene in which Felix disguises himself as Hasidic, that strains credulity. I am undecided whether Meira’s difficult character is a flaw in the film, or a realistic depiction of stunted personal growth. Choosing to enter a relationship with Felix may seem like a free choice, but it’s worth noting that Felix seems to be the first man outside Meira’s closed community who has paid attention to her. She is not so much falling in love with “the perfect stranger”, but reaching for the first escape route she sees. Even so, Shulem and Felix both seem, ultimately, to be in the power positions – negotiating who will possess this young woman. For all of Felix’s charm and Shulem’s rigidity, all three characters seem equally lost by the time the film ends.

Early in Felix and Meira, Meira is shown bating a mouse trap in her kitchen. We know by that point that Meira feels trapped in her marriage and her religious community. What is left unanswered in the movie is whether leaving her marriage for Felix will bring Meira freedom, or become just another snare.