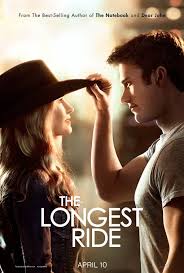 I was listening to an interview with twin astronauts Mark and Scott Kelly the other day, in which they were discussing time dilation.  That’s the idea that if we could travel fast enough in space we could travel far into the future while aging very little.  One year of travel could be equal to ten years at home, for instance.

Science is not my strong suit, but I think something like the reverse of this happened to me while I was watchingThe Longest Ride.  I left the movie theater to find clocks saying that just a bit over two hours had passed.  Inside that theater, it had been much longer and I think I may have visibly aged.

Novelist Nicholas Sparks is the king of sentimental, storybook cinematic romance.  The Notebook remains his triumph, but the last 15 years have seen a steady stream of Sparks books adapted for the screen, including Dear John, The Lucky One, The Best of Me and Safe Haven.  His latest is such a bad movie in every way that it might be a career killer for someone involved.  Hoping for that might be unkind on my part, but it’s difficult not to.  I only wish I could get back those long hours I spent watching this movie. 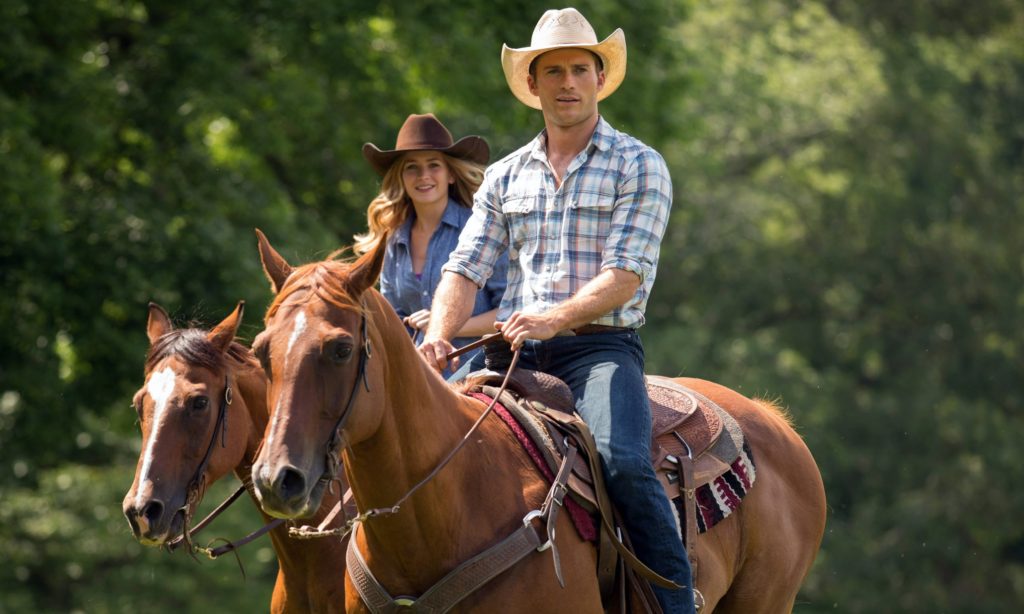 The plot of The Longest Ride is a mashup of previous Sparks’ movies. There are lots of love letters, flashbacks to a lifelong love affair, parallel love stories, war wounds and other physical and romantic travails, and lots of impassioned kissing.  Sophia Danko (Britt Robertson) is the daughter of Polish immigrants, from a humble background, and attending Wake Forest University on an art scholarship.  She is not like other girls.  We know because she initially resists going to a Professional Bull Riders’ competition with her sorority sisters because she needs to study.  We also know she’s not like other girls because Luke Collins (Scott Eastwood, son of Clint) will tell her so later in the movie.  Once persuaded that she can take a night off of schoolwork for pleasure, Sophia finds herself enraptured by the sport of bull riding and by Luke, in particular.  He, of course, is not like other boys.  He is a cowboy with old fashioned manners who stands out in a sea of college boys in pastel polo shirts.

They are destined for love, despite having almost nothing in common.  Britt is serious about art (although listening to her talk about it calls her Wake Forest education into question), and Scott is serious about making it back to the top of the field in his sport, after a devastating injury the year before.  Driving home from their first date, Scott and Sophia see a car that’s run off the road and save the life of its elderly occupant, Ira Levinson (Alan Alda).  Sophia grabs a box of letters from Ira’s burning car and, returning them to him in the hospital, discovers that they are a lifetime worth of love letters written to his now deceased wife, Ruth (Oona Chaplin).  Of course, Sophia befriends Ira and reads the letters aloud to him on her visits so that we, the audience, get the backstory of Ira’s own great love story.  It involves Jewish refugees, wartime heroism, infertility and lots of art-buying. 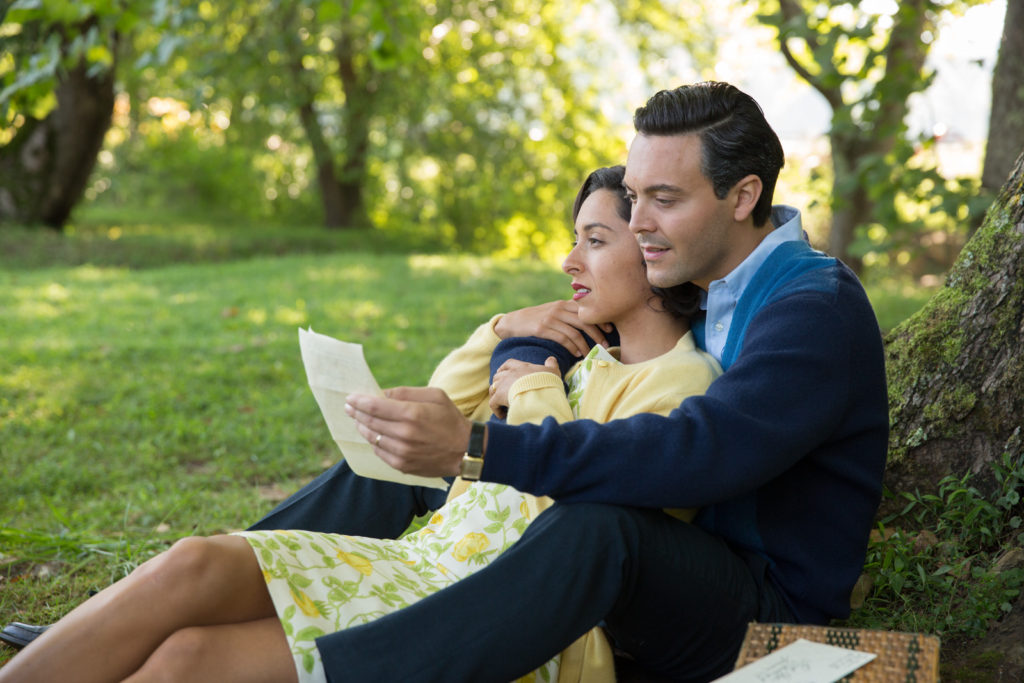 As Ruth and Ira’s story unfolds via these strange letters (did Ira really write his wife daily letters telling her what she’d been doing?   What did she think of receiving letters that narrated her own activities, i.e. – “You were busy with teaching”?), Luke and Sophia are trying navigate their own romance.

Will Sophia leave Luke for that glamorous gallery internship in the big city?  Will Luke follow doctors’ orders and give up the sport that left him in a 10-day coma?  Or will he face his fears and the bull that laid him low, Rango.

Yes, Rango the bull is a character in this movie, and about as interesting as either Luke or Sophia.  Scott Eastwood bears a striking resemblance to his father, which means he’s physically convincing as a cowboy.  He is certainly ruggedly handsome, and the movie provides a number of shots of his chiseled abs to go with his chiseled cheekbones.  Nevertheless, he’s not a particularly charismatic screen presence – but still light years ahead of Britt Robertson.  I wonder if the casting went something like this:  “If you can’t get Jennifer Lawrence or Shailene Woodley, get Britt Robertson.”  She looks a bit like those two, if you squint.  But there was not one moment that I believed anything the movie was trying to tell us about Sophia:  not that she was the child of immigrants, or interested in art, or the sort of person to befriend an elderly  man and pass her days reading letters to him.  This is the least convincing performance I’ve seen this year. 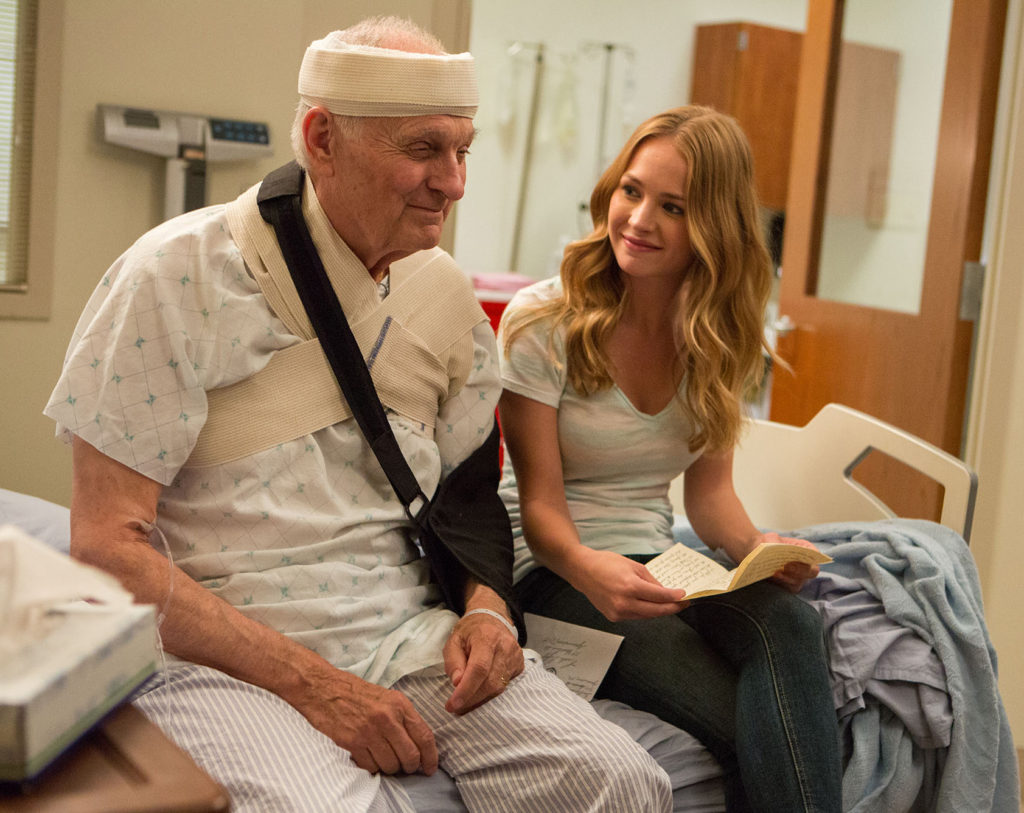 Ira and Ruth are better.  Young Ira is played by Jack Huston, grandson of John Huston.  Oona Chaplin is the granddaughter of Charlie Chaplin, making the lineage of the cast the most impressive thing aboutThe Longest Ride.  Huston is a soulful presence in an understated role.  Chaplin’s joie de vivre is a bit much at times, but at least she held my attention.  I would rather have spent the entire film with Ira and Ruth than pass five minutes with Luke and Sophia.  As present day Ira, Alan Alda is fine – although at 79 he seems far too young to play a man in his mid-90s, as Ira must be.

There is more to be said about this movie, almost none of it positive.  The script is lifeless; the director, George Tillman, Jr., makes odd (but not interesting) choices; the plot is contrived yet predictable.  The Longest Ride is mockable, but not entertaining.  Sparks movies are considered date movies, “chick flicks”, and the next one is already in post-production.  But even if you enjoy the genre, The Longest Ride is a very bad film.  Life is too short to spend it on this movie.