WHAT WE DO IN THE SHADOWS – Film Review 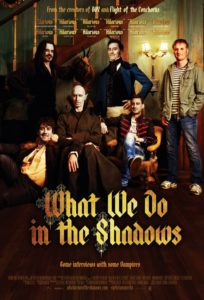 I want to tell you to run, not walk, to the nearest theater to see What We Do in the Shadows, but it’s not that simple. This little horror comedy from New Zealand is in a slow rollout in North America, partly funded by a Kickstarter campaign. It may or may not be playing in a theater near year, but I implore you: find out if it is. And if you can see it without crossing more than two state lines, go see What We Do in the Shadows.

Four European vampires share a flat in Wellington, New Zealand. They’re dead, naturally, so they’re not aging – but they’re also not keeping up with the times. Viago (Taika Waititi) is a genteel 18thcentury fop with an anxious smile. Vladislav (Jemaine Clement), known in his heyday as Vlad the Poker, is an 800 year old Goth vision whose heart isn’t in torturing his victims anymore. Deacon (Jonathon Brugh) is the “cool” young vampire in the house at only 183. He presents himself as mad, bad and dangerous to know; but he’s also an irresponsible flatmate who hasn’t taken his turn with the dishes in five years.

And then there’s Petyr (Ben Fransham), an 8,000 year old Nosferatu lookalike who lives in the basement. He’s the one member of this little household who isn’t required to show up for flat meetings, hissing fiercely at Viago when he’s invited. 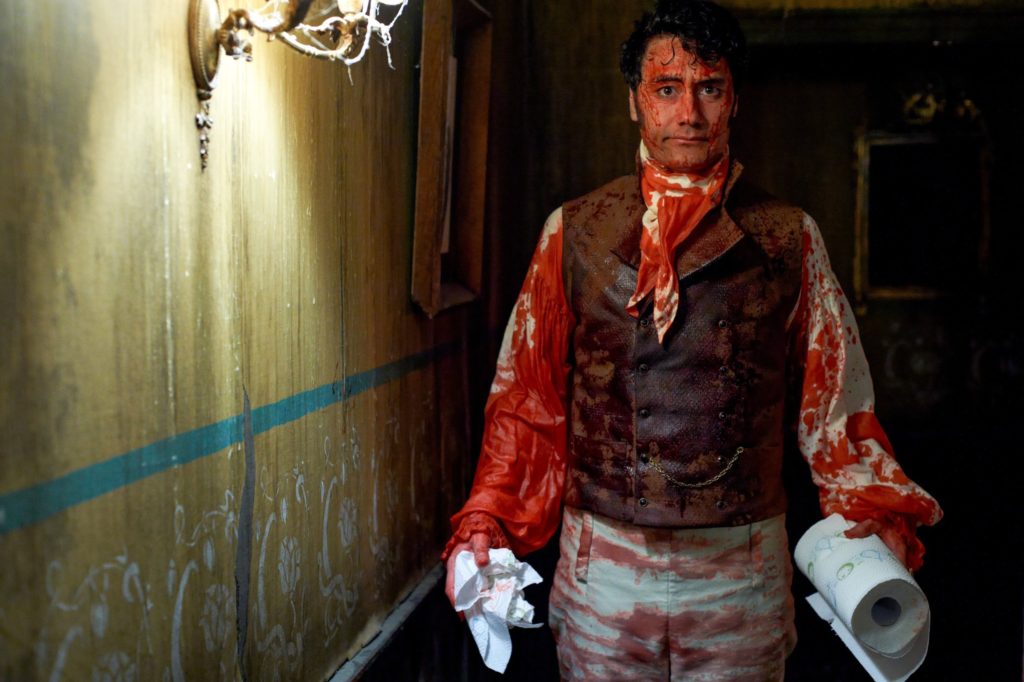 They’re a little stuck their ways, this group. It’s only after Petyr sires another vampire, a young slacker named Nick (Cori Gonzalez-Macuer), that they realize what they’ve been missing. Nick can get them into decent clubs for a change, and his best mate, Stu (Stuart Rutherford), introduces them to the joys of the internet. It seems to open up new possibilities, but change is never easy and it’s not long before Nick’s youthful abandon costs them dearly.

There have been loads of horror comedies in recent years, but with its mock-documentary format and droll absurdism What We Do in the Shadows is closer to This is Spinal Tap than Shaun of the Dead.

That tone will be familiar to fans of Clement’s beloved TV series, Flight of the Conchords. Waititi was a writer and director on Conchords, and he and Clement together wrote and directed this project. Their insights into vampire lore are both original and, on closer examination , completely logical. It must be a real pain to never be able to go anywhere without being invited; the housekeeping must be a bear when so much blood is involved, and being the familiar of a vampire – what a drag! 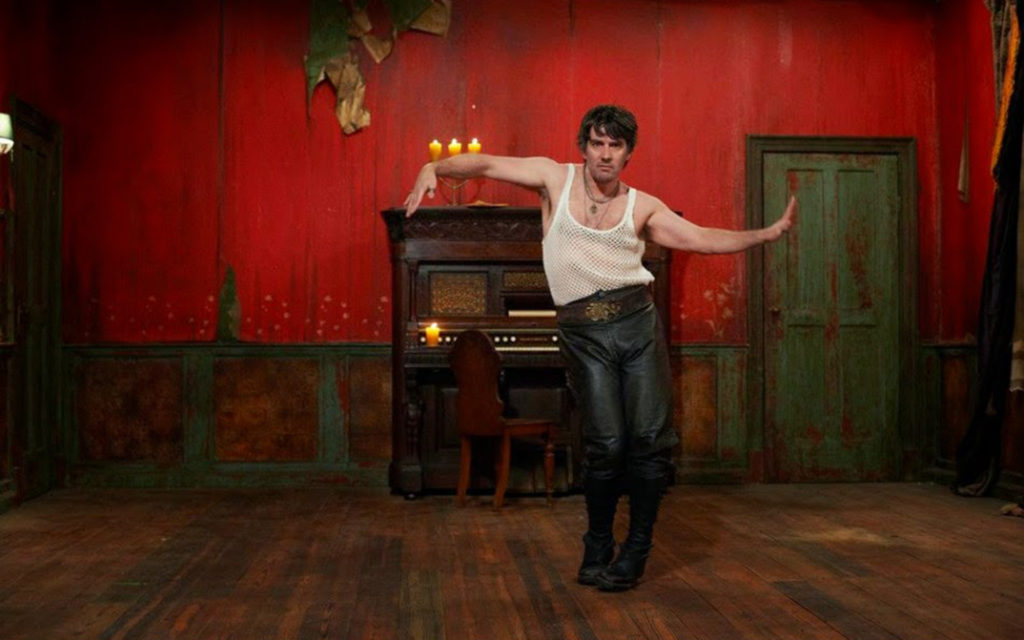 The vampires also have to deal with antagonists, particularly a gang of scruffy looking werewolves, led by the alpha male Anton (Rhys Darby, also of  Flight of the Conchords). And then there’s Vladislav’s old nemesis, “The Beast”….

Every performance in this movie is on point, but Waititi is a knockout. His Viago is fussy and fastidious, and despite his bloodthirstiness he is far from ruthless. One of the finest little touches in the movie is the mournful gaze he directs at a potential victim as she, unsuspecting, tells him about her plans to travel and go to university. But things are what they are, and he sighs and tucks a lacy napkin into his collar before tucking into his meal. 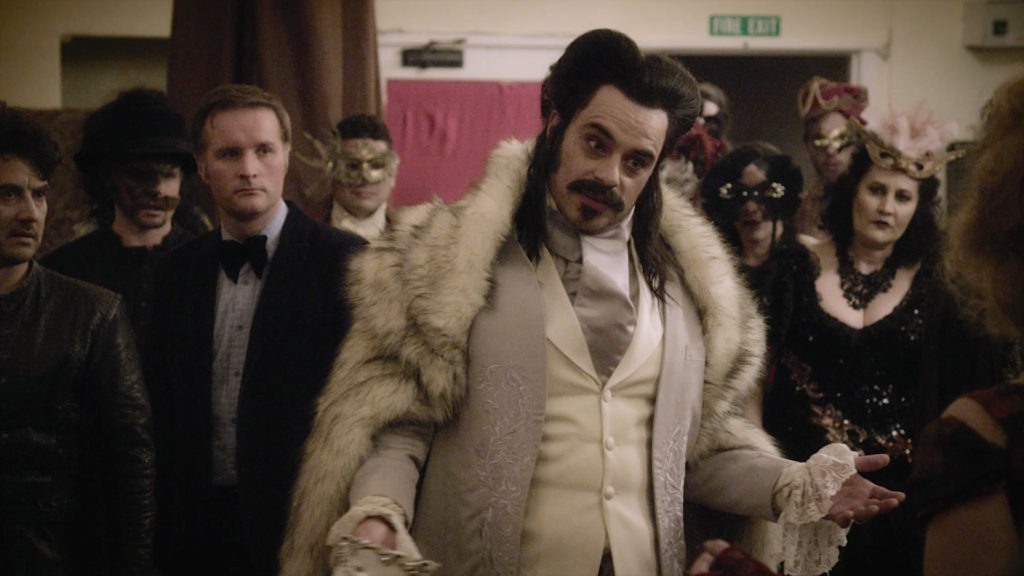 There is broader comedy in What We Do In the Shadows, and some delightfully silly special effects (don’t miss Vladislav’s transformation into a cat – “He always get the faces wrong.”).  A scene in which two lightly hypnotized police officers inspect the house is hilarious, and there are a couple of comically gory scenes when things go wrong (in one case, Nick learns the hard way that he can no longer eat his old favorite food). What is most satisfying in this movie, though, are the understated observations about ancients trying to stay on their game in a rapidly changing world. That’s a theme that all of us deal with eventually, even when we’re “pre-deceased”.

What We Do in the Shadows is a compact, poignant, dead clever little comedy; a far better movie than most studio comedies that come out of Hollywood.  Find the nearest theater showing it, pack your luggage if you need to, and go.