A MOST VIOLENT YEAR – Film Review 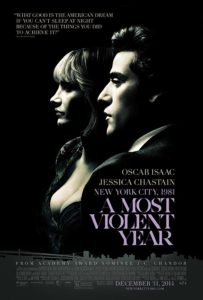 Lurking modestly in the fringes of film awards season, we have this – an accomplished, dignified slow burn of a film. A Most Violent Year is a crime film, a crumbling family drama, an unexpected character study, and an art house pot-boiler.  Oscar Isaacs is commanding in the lead as up and coming businessman Abel Morales, looking more like a young Chazz Palminteri than the unkempt ne’er-do-well of Inside Llewyn Davis, just a year ago. Here we have a different side of Isaacs – his eyes intense and unrelenting, his hair slick, and his suits unblemished; all just a tad too perfect. (But right for the character.) He immediately challenges our presumptions about whether he’s a gangster.

The year in this film is 1981, the most violent year on record for then bombed-out New York City. Doing a lot with an apparent little, rising director J.C. Chandor and his production designer John P. Goldsmith and cinematographer Bradford Young sell the era, and all it’s tumult, completely. It’s a subtle 1981 NYC, perhaps only screaming “period picture!!” When Jessica Chastain shows up with her eye-popping hair and wardrobe, almost worthy of American Hustle.

Abel pilots his own life like a man who never heard the truism “pride comes before a fall”.

J.C. Chandor, to date, has quietly careened forward as a new auteur, delivering the talky economic hot potato Margin Call, the nearly silent one-man seafarer All Is Lost, and now this, in rapid succession. The films themselves, at a glance, have very little in common. But with A Most Violent Year, we have the necessary puzzle piece that solidifies Chandor’s thematic obsession: Men swallowed up by far larger, overwhelming circumstance. His is not a hopeless cinema, but the films nonetheless qualify wholly as the freshest, most essential neo-noir. 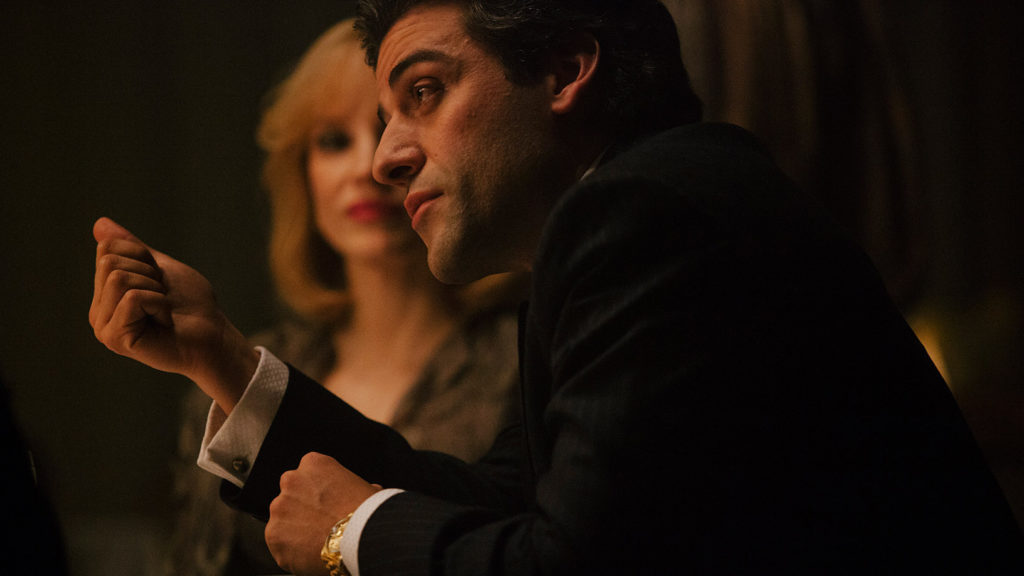 Abel pilots his own life like a man who never heard the truism “pride comes before a fall”. He’s the only one who never doubts his constant refrains amounting to “I’ve got this under control”.  His cocksuredress is a sideways affirmation of just which direction he’s heading.

He spends most of the film juggling at least three major life crisis’. The first is legal trouble, courtesy of his crooked bookkeeper, played satisfyingly by Albert Brooks. The brilliant David Oyelowo steals every scene he’s in as the investigating police official.

Then there’s Abel’s money trouble. He’s got only days to muster up a serious sum of cash to make good on a sweet business deal he’s been working on for a very long time. Thirdly, someone keeps ripping him off. He’s in the oil business, and his trucks are getting hijacked on the freeway, and then drained dry by mystery criminals. None of this is good for his marriage or social life. But Chandor isn’t afraid to take things in unexpected directions… 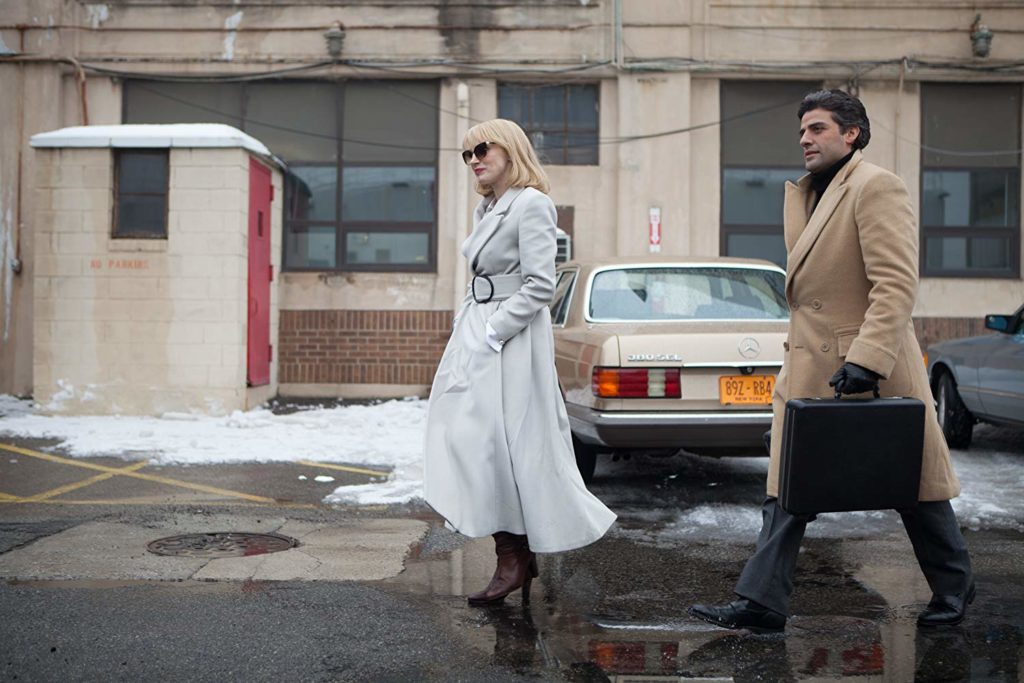 A Most Violent Year is a legitimately terrific film, the kind of movie I truly wish I had room for in my own Top Ten of 2014. The film is stiflingly cold but not unapproachable. Abel, and the well depicted world he lives in, are continually compelling, even as the man is the last one to realize just how in over his head he is.

A Most Violent Year has no bells and whistles about it. That is to it’s favor. It’s own title is an odd misnomer – there’s little to any actual violence in the picture. Brandishing the word “Violent” in the title might read as a bit of sexied-up marketing, but it’s more like a knowing turnaround on how movies that present themselves as “prestige films” so often resort to depicting brutality for the sake of impact. Chandor’s impact lies elsewhere, fathoms deeper. And it burns, burns, burns.  The world will feel a little silly when it wakes up from the blisters, and realizes what a creative, insightful filmmaker he is.