Film Review: DOWN AND DANGEROUS 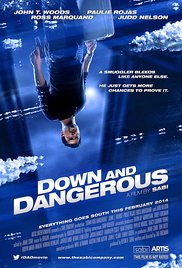 After enduring the mind-numbing 94 minutes that is Down and Dangerous, I am still wondering exactly for whom this movie was made. It claims to be inspired by unique stories gleaned from the director’s father’s stint in the drug trade, but it appears to be based on actual films more than actual events. If you’ve never seen an action movie, it might be interesting. But if you’ve never seen an action movie, why would you watch a movie with the title Down and Dangerous?

Tell me if any of this sounds familiar:

The hero is a criminal, but with integrity and principles.

The hero wants revenge on someone who shot his friend.

The hero’s real name is not learned until the very end of the movie.

A crazed villainous character is revealed to be actually an officer of the law.

The villain’s “second in command” is exceedingly more evil than the villain himself.

The hero gets advice from a mentor who’s been locked up in prison.

The hero’s involvement with crime puts his loved ones in danger.

A character is vindicated/condemned by footage from a hidden camera.

Now, most of these are tropes that you can expect to see in every action movie. But some movies, Léon, Ocean’s Eleven and Layer Cake namely, do them exceptionally well. How? Well if I knew that, I’d be making movies and not just writing about them. 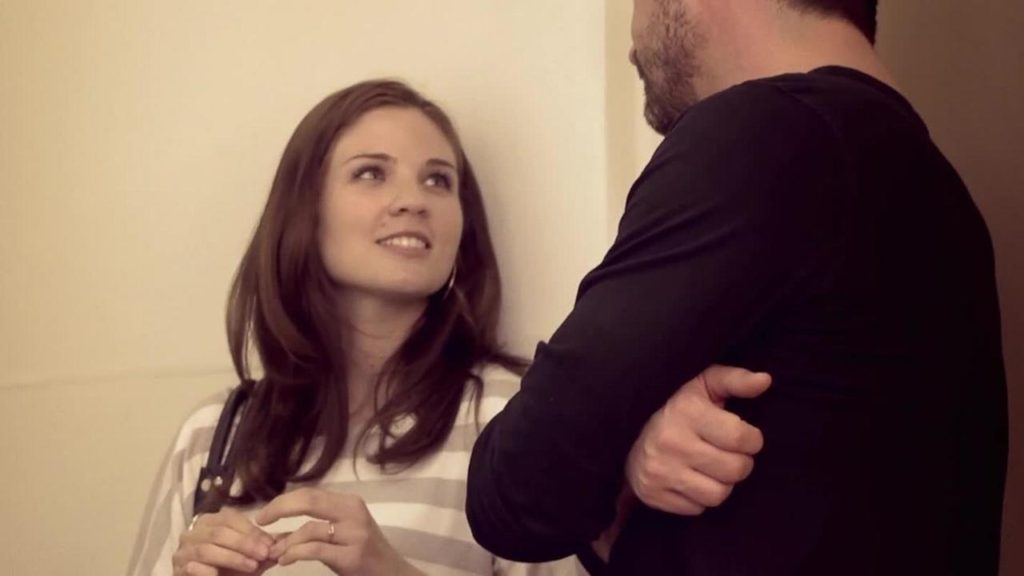 That Down and Dangerous could even be made deserves praise itself. Its $38k budget was fully funded through a Kickstarter campaign. D&D easily looks like a movie a hundred times its budget, an achievable goal today with the availability of inexpensive digital cameras and editing software. Clerks, the everlasting micro-budget success story, had a budget of $30k but could have easily been made for much less, if not for the cost of the film stock. But Clerks is an unfair comparison, considering that it’s just white guys standing around trying to be clever (which is almost every other indie movie now). Indie action movies like D&D are rare, mostly because it’s so difficult to pull off action movie set pieces on no budget.

But, unfortunately for well-meaning director Zak Forsman, independent micro-budget films are not given a free pass just because they’re indie or low budget. Spotty acting and clumsy action can be forgiven, but a lack of imagination cannot. Most studio action movies rely on a budget and a star to carry the film; imagination is optional. But, when you lack a budget and a star, you must make up your lost ground with imagination. Robert Rodriguez’s seven thousand dollar gem El Mariachi is probably the best example of a meagerly funded compelling action movie. Rodriguez’s talent has been reaffirmed in bigger budget releases, and such is the story with most of our favorite directors of the post-film school generation. I am not sure how a budget could have saved Down and Dangerous; its lack of an original concept would have doomed it to the bargain bin either way. 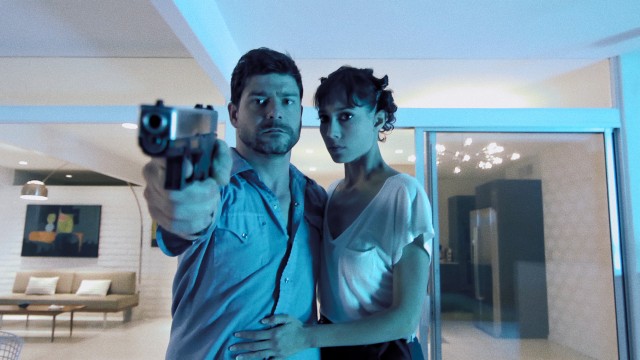 One of the villains. Or the hero. Maybe the sidekick? They all generally look alike.

Down and Dangerous is remarkably forgettable. It has a bland stock title that sounds like a Homestar Runner parody of a DMX flick; it features not just two white guys with scruffy beards, but three white guys with scruffy beards; it has exactly one choreographed fight that lasts about five seconds; its chase scene is composed of car interior shots and closeups of the characters’ “I’m in a chase scene” driving faces; it features a Mexican drug lord who can barely speak Spanish—if this could have been turned into a fanciful characteristic, maybe he’s self-conscious about it, or he’s pretending to be Mexican for business, maybe you have something memorable. But no, they just cast an actor who actually can’t speak Spanish. I guess Breaking Bad did that too (Gus Fring’s Spanish is as Chilean as a Chili Dog).

Down and Dangerous has a few bright spots; the editing is competent and the score is enjoyable, if a little intrusive. But those features make for a great trailer and that’s about it. With so many better badaction movies, there’s nothing that sets D&D apart.

By the time the credits roll and the last cliché has played on the screen, Down and Dangerous winds down as a borderline watchable film that seems more like a missed opportunity than a coming out party. Kickstarter or not, it’s a letdown.