School Days Of Wine And Roses 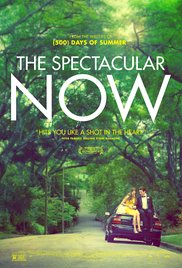 “This is the youngest we’re ever going to be.” – Sutter, whose name sounds like a wine.

The Spectacular Now is an astute drama about the aimlessness and general anxiety that strikes the hearts of adolescents age 15–50. To call it a teenage drama is an insult, as the subject matter of The Spectacular Now is much heavier and the storytelling much more compelling than the most of its potboiler brethren. It holds honesty and charm in perfect tension, avoiding clichés and taking risks while still being accessible to people who thought they were walking into something more lighthearted.

Sutter (Miles Teller) is a high school senior diligently trying not to get into college. He lives in the carefree now, swigging from a flask, failing math, working a breezy part time gig, and generally fleshing out the ‘party animal’ bit character that wanders the backgrounds of raucous High School/College comedies. His cheerleader girlfriend Cassidy (Brie Larson) dumps him for the star football player, and Sutter sees a great opportunity to go on a bit of a bender. 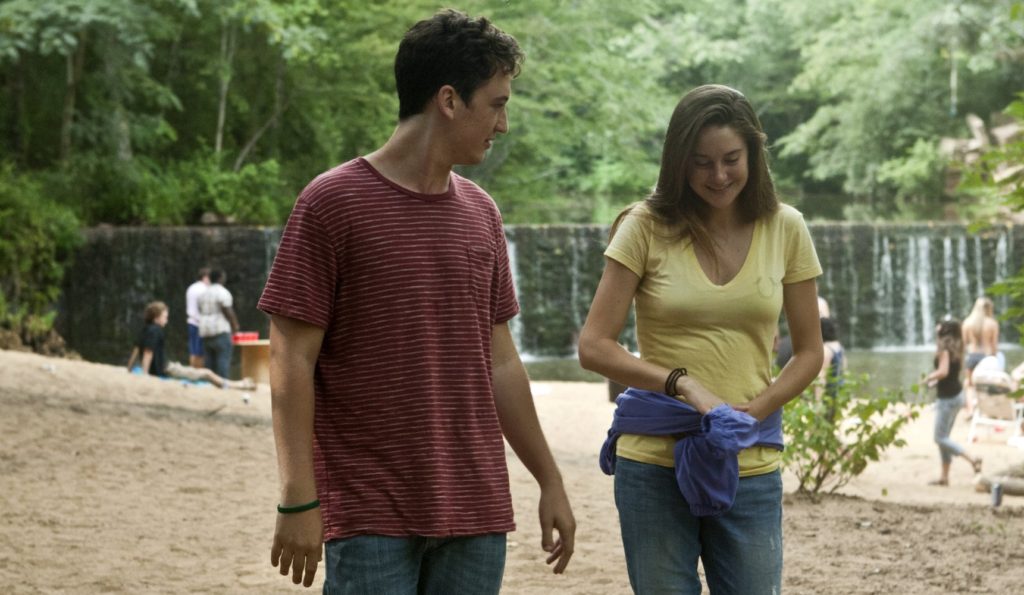 Sutter and Aimee go on a long, uninterrupted walk, one of the best scenes of the summer.

As carousing night gives way to crushing day, Sutter wakes up on a stranger’s lawn to the calls of a mousy girl on her paper route, Aimee (Shallene Woodley). Sutter can’t help but admire her, but he’s not sure why. He seeks out her company while still text flirting with his ex. But before you can say “rebound,” Sutter and Aimee awkwardly and patiently fall in love, each drawing the other closer into their own insecurities and dreams. Neither seems to have a happy home life, with Aimee’s family out of focus on the edges of the screen, and Sutter’s prickly with the specter of an estranged father a decade gone. Aimee challenges Sutter to find him; the eventual meeting becomes a disappointing revelation. Sutter’s flask, initially a symbol of his airy rebellion, slowly becomes the padlock of his prison cell, where he confines himself to escape love, the future and whatever commitments they may bring.

Shallene Woodley disappears into her role as the honor-roll recluse Aimee. Her performance is so natural that you’d swear she just got out of chemistry class to film her scenes.

Screenwriters Michael Weber and Scott Neustadter, in adapting a novel by Tim Tharp, know exactly what they are doing. If you walk out ten minutes into The Spectacular Now, you’d  think you saved yourself 90 minutes of American Pie rehash. But it is precisely that kind of thoughtless, youth-worshiping revelry that is examined and critiqued throughout the rest of the film. All without coming off like an afterschool special. Weber and Neustadter dare also to leave Sutter’s intentions unclear. They’ve written a protagonist who is the exact opposite of a playful child: he waves a heavy sword but imagines it is a stick. Paired with Aimee’s wide-eyed naiveté, the central romantic relationship in the story is drenched in dread. At any moment, Sutter could completely crush Aimee. It becomes the hope of the audience that he realizes this before he does any permanent damage.

THE SPECTACULAR NOW can be surprisingly beautiful.

Miles Teller, who is making a living playing party animals (see: 21 & Over or don’t), hits the perfect balance between arrogant bastard and confused kid. His lack of ambition is infuriating, but his reasons seem legitimate, mostly. Shallene Woodley disappears into her role as the honor-roll recluse Aimee. Her performance is so natural that you’d swear she just got out of chemistry class to film her scenes. Other actors do not get the opportunity to explore much depth in their roles. Andre Royo turns in a mumbling performance as the teacher trying to figure out why Sutter is so unmotivated. Bob Odenkirk shows up in a “hey, it’s THAT guy” bit part as Sutter’s genial boss. Director James Ponsoldt seems to stay out of the way, which is a relief. This film could have easily become a flashy, montage-driven hipster parade (Kings of Summer I’m looking at you). Instead, the indie music blends into the background, the cinematography is unobtrusive and the heavy lifting is done by the principals.

I was expecting a middling comedy or a breezy supplement to this summer’s laidback The Way Way Back. Instead The Spectacular Now is a moving, honest film about the fears that bind us, the coping mechanisms we use to treat those fears, and the people who have faith that we can overcome them. It’s spectacular. Watch it now.