Tepid, Hackneyed And Other College Words 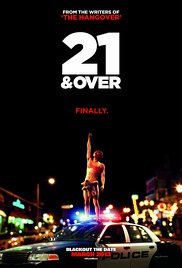 21 & Over has been informally marketed as “The Hangover for college.” Good thing too, since all the mature and complex themes of The Hangover were so inaccessible to our peasant youth in institutions of higher learning. But while written by the same duo that penned The Hangover (Jon Lucas and Scott Moore) it is unfair to compare the two movies. Let 21 & Over stand on the merits of its own male nudity and vomit.

When approaching a movie like 21 & Over, there are only two things you must know: first, there will be buds. There will be at least three friends who fulfill some kind of friend formula: the neutral pawn, the supportive, likable overachiever, and the bitter, foul-mouthed underachiever. Second, there will be butts. About four seconds into 21 & Over we get our first frame of “cheekiness.” Also, if you have any reservations about public urination, pubic hair, or same-sex snogging, run. Run as far away as your well-adjusted tastes can take you.

Now, for interested parties reading this in the anonymous glow of the Internet…

It’s the 21st birthday of pre-med student Jeff Chang, so his two best buds from high school, Miller and Casey, fly into town to give him a spectacular birthday bash. But, wuh-oh, Jeff Chang’s dad has scheduled him for an important med school interview the next morning at 7am! Can Miller and Casey get Jeff Chang home in time for the big meeting? Take one last swig of your PBR, brush the Cheetos dust off your beard and come find out! 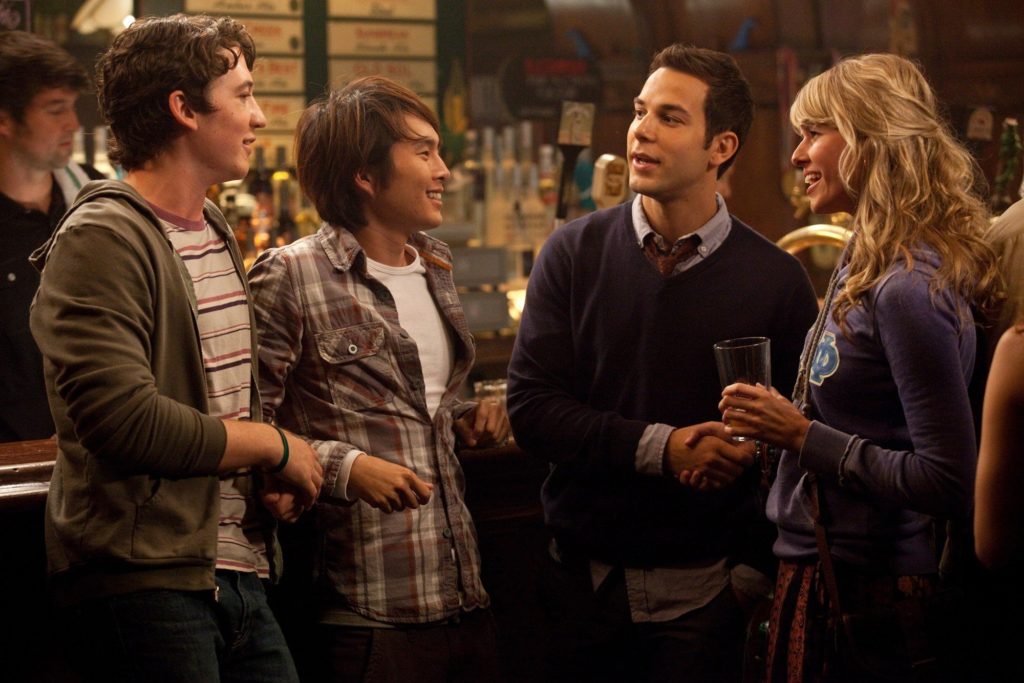 21 & Over follows a predictable plot that features all of those things that people hazily remember from college. There’s bar hopping, sororities, and midnight school-sponsored bonfires (that happened, right?). There’s even a binge drinker’s version of the pagoda from Bruce Lee’s The Game of Death. All in all, 21 & Over takes place in the same parallel universe as Old School and The Hangover where mere men can drink gallons of alcohol without hospitalization, bodies can fall three stories without breaking a bone, and women openly share with strangers lurid details about their sex life. In this magical place, jobs are bad and your youth is supposed to be spent partying and trying to figure out life before you’re condemned to minivan hell. Apparently, in this glorious galaxy there are no bills or rent and friends are what’s most important, even if those friends are pathologically codependent. 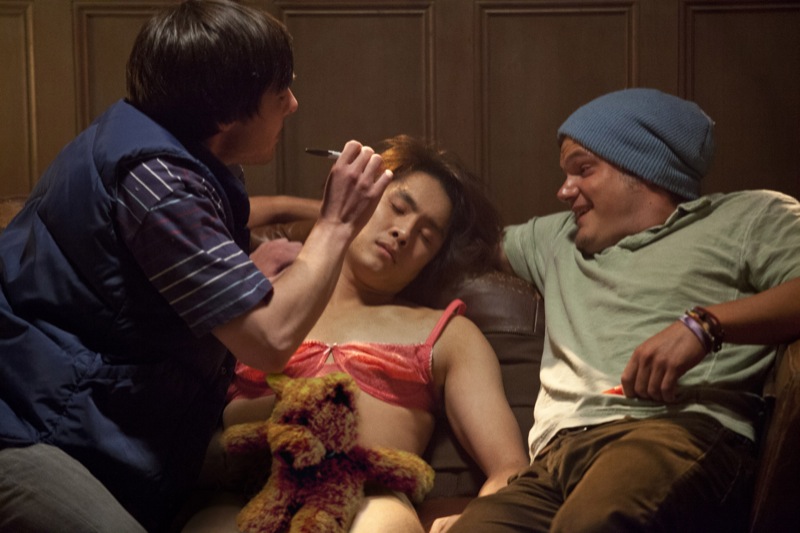 Ah, to be young and unconscious.

Skylar Astin does a fine job as Casey, the overachiever in the friend formula. He’s charming and doesn’t look completely out of his element when trying to woo the only woman in the movie who isn’t scenery, Nicole (Sarah Wright). Miles Teller plays the bitter underachiever Miller, who seems to be fed lines by a sex-addicted Cyrano. He happily antagonizes men and women alike with a breezy demeanor, but there’s an underlying hurt that drives his flippant attitude. Justin Chon, as Jeff Chang, does his best Bernie Lomax impression while being dragged around from point A to point 5-0 blood alcohol level.

Most of the laughs come from the competitive banter between Casey and Miller. There are also a few good pokes at the homoerotic nature that permeates a lot of male college life. The gross out humor set pieces are mostly just cringe inducing. Whatever the market is for slow motion vomit, I pray to God it is not growing.

21 & Over lacks the originality, punch, and quotability of the movies it’s modeled after. It fills the recent vacancy in raunchy college movies, but adds nothing new to the genre. It just sits there like a cooling pool of congealed puke.