And so it’s come to pass, we no longer have Jean-Luc Godard to kick around.  Or rather, we always will.  Is’s and isn’ts, cans and can’ts, shoulds and shouldn’ts- such concerns have a way of coercing in, around, and through every facet of the famous and infamous filmmaker’s dense body of work.  In his many years (ninety-one, to be exact), he’d made many, many films (who’s counting, anyway?) (And what is a “film”, anyhow?).  Precious few can honestly claim to have seen them all.

His run in the 1960s alone proved to be one of the most prolific runs of all time.  Therefore, for those of us compelled to forever be playing catch-up with this bygone intoxicating, infuriating master, there will always be something to discover.  In a way, it’s as he himself once said: “Cinema is immortal.”   He, it turns out, was not.  That despite that some would say he was cinema incarnate.  (He bestowed that honor upon Nicholas Ray).

From his Breathless 1960 debut, which instantly marked him at the forefront of the rapidly emerging nouvelle vague vanguard, to Week End, his incendiary 1967 departure from that scene, Godard made it quite clear that through his lens, everything is cinema.  For him, that meant that every aspect of any given film’s visual grammar bore political resonance.  For a time, he gave up the narrative storytelling game to pursue anti-entertainment screeds, and before that, Maoist diatribes. His late-career experimental work seemed to be looking to exploit cinema’s weak spots- or maybe in the hopes of breaking it in half, as he was becoming increasingly too old to play with it anymore.  His work wasn’t always easy to watch or even get through, and as a person, the French ex-pat was reportedly among the prickliest on Earth.  If he was indeed cinema incarnate, he was of the silver nitrate persuasion.

And the thing about celluloid, particularly the silver nitrate vintage stock that houses the classic Hollywood images that inspired Godard and his Cashier du Cinema compatriots, is that it’s as volatile as it is rich.  Tarantino, who named his production company after the Godard’s too-cool-for-school crime yarn A Band of Outsiders, showed us how such celluloid might’ve saved the world in his Inglourious Basterds (2009).  Godard would use it to burn the world- perhaps cleansing it, perhaps giving it what it deserves.  Perhaps giving it what he felt he deserves.  Of all Godard’s targets, he tended to be one of his most common- and easiest to hit.

As has been pointed out by David Blakeslee (throughout a special multipart deep dive on his Criterion Reflections podcast) and others, Godard’s films and actions don’t always align with what we expect today from a “good liberal”.  Despite his hard shift to making unabashed political polemics with Jean-Pierre Gorin in the 1970s (calling themselves “The Dziga Vertov Group”), there were aspects of the filmmaker that would consistently reflect a certain entitled male chauvinism as well as a myopic ego too big for any collective.  Godard collected, used, and discarded female muses all through his career.  Without stars Anna Karina or Anne Wiazemsky (both of whom he was married to at different points), just to name the two most enduring, we quite likely wouldn’t be talking about Godard right now.  Not quite in this lofty way, anyhow.  (When the French Cinematheque threw a retrospective of Godard’s work in 2020, it was Karina’s face that adorned the posters- not his).  In 1978, he’d marry fellow experimental director and artist Anne-Marie Miéville, remaining with her until his death (reportedly an assisted suicide, which is completely legal in his adopted home country of Switzerland) did them part.

Perhaps we can consider it less a coincidence that the prominent maker of lift equipment is also branded “JLG”.  When one spots a JLG cherry-picker in the wild, one sees a garish-colored and cumbersome machine of unforgiving hydraulic elevation.  Everyone knows about them, but few understand how they truly work.  We keep looking at them, despite their unattractive nature.  That sounds reasonably good enough.  JLG is the man who, in his rather impenetrable 2010 work Film Socialism, opted to release the entire movie, greatly sped up, as the obligatory trailer.  Take that, spoiler culture, and take that trailer chasers.  Whether headache-inducing or effectively didactic, Godard’s films were, at all times, all his own.  Mostly.

Although many of us have been bracing for the death of Godard for a while (seriously- this is the guy who refused to travel to the U.S. for his honorary Oscar a few years ago reportedly because he couldn’t chain smoke on the plane), his permanent departure failed to warrant so much a push notification from The Hollywood Reporter or Variety.  But don’t be fooled by an ignorant American entertainment press- even as a discarded and disliked old man (at times yelling at clouds), this is the most notable cinema-centric death of the year.  True to form in every way, the characteristically terse official press report of his passing had this to say: “There will not be any official ceremony. Jean-Luc Godard died peacefully in his home surrounded with his close ones. He will be incinerated.”

Justin Mory sums up a lot with his own thoughts:

“The films speak, or when they intentionally frustrate, don’t speak, for themselves, but the icy distance a Godard film of any period creates holds its viewers accountable for what they are seeing, not seeing, understanding, or not. Like the deliberate opacity of that famous image of young Godard holding a piece of film to the light while wearing his then trademark sunglasses, cigarette dangling from his lips, it is your responsibility, the viewer, to interpret what he is seeing, and to give meaning. Few filmmakers have assigned such a level of responsibility to the viewer, and one imagines few films hereafter will take the viewer that extraordinarily seriously”. 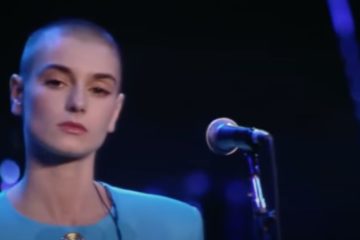