The Religious Undoing of Homosexuality, Undone 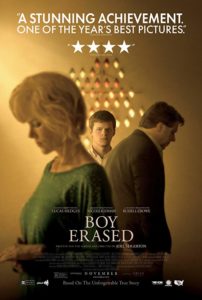 So goes the tagline for the new film Boy Erased.  Being that it’s the most heavy handed aspect of this critic’s entire Boy Erased experience, the line can only be considered an ugly failure.

Fortunately, the same can in no way be said for the film itself.  Being only the second feature directed by Joel Edgerton, Boy Erased is a sure-handed work of atmospheric subtlety.  Adapting Garrard Conley’s  true-life memoir, Boy Erased: A Memoir of Identity, Faith and Family, about his experience with gay conversion therapy and struggles with his Baptist preacher father (Russell Crowe, surprisingly heavyset) and compliant mother (a strongly wigged Nicole Kidman), the film goes about its business in a dark, earthy, and moody way.

Emerging young star Lucas Hedges (Manchester by the Sea, Lady Bird) plays Conley surrogate Jared, a well mannered older teenager and only child who’s not looking for any trouble.  Hedges does an exceptional job of carrying the film, portraying a vulnerable every-kid on the cusp of becoming a grown-up.  He’s inherently like-able, owning the screen in a generous manner.  Were it not for the delicacy and heart in his performance, Boy Erased simply wouldn’t work.  It helps, though, to have fully committed supporting actors all around him, foremost including Kidman and Crowe.  Both are firmly working in “Best Actress/Actor in a Supporting Role” territory, evocative and ever-conflicted.  It is a credit to them, as we find ourselves careening into the 2018/19 film awards season, that such a brass ring grab doesn’t occur until after the credits have rolled. 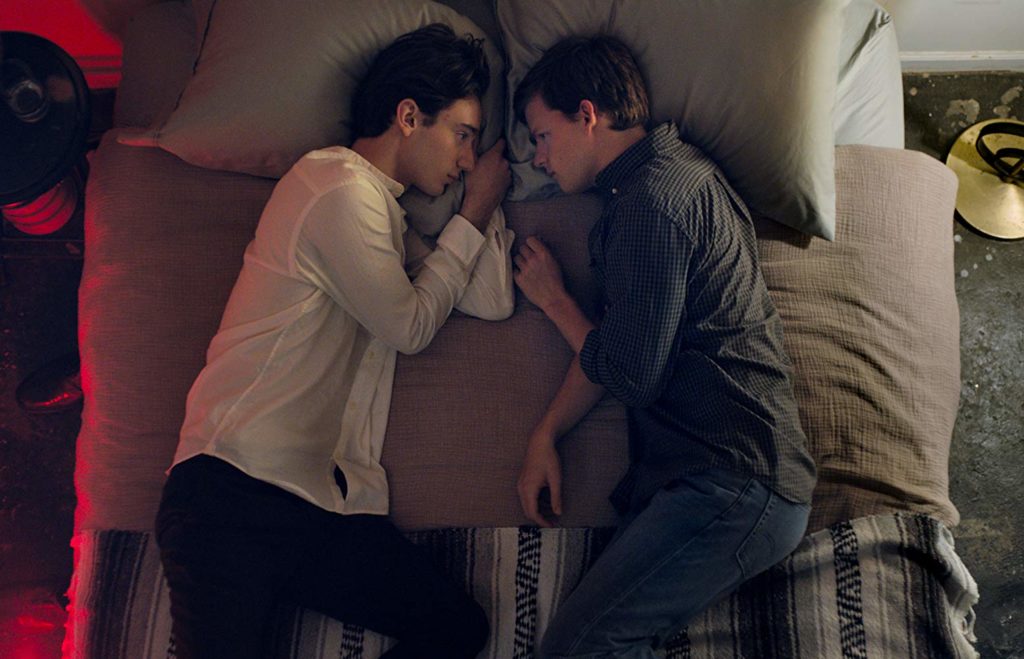 When Jared is made to reveal his homosexuality to his devout parents, he compliantly goes in for “the treatment”.  The conversation center- it too fundamentally religious- isn’t around the corner.  Jared and his tightly wound mother travel far to get there, staying in hotels and whatnot along the way.  Things remain amicable between them, even as she hands him over to shockingly rigid strangers.  “If you need anything, just call”, she says to him.  She is tersely informed in no uncertain terms that Jared is to have no outside with the outside world until further notice.  His phone is taken away, his notebooks and journals confiscated regularly to be “checked”.  The “patients” aren’t even allowed to go to the bathroom without a chaperone.  The place is a bad scene, to be sure.  His mother may sense that something isn’t right here, but nevertheless off she goes.

Once in the clutches of the would-be re-programmers (led by a no-nonsense man called Victor Sykes, played by Joel Edgerton), Jared, unsurprisingly, finds only more loneliness and inner conflict.  Not all that much of the actual group therapy is shown, although it feels like Jared’s time there spans the majority of the film.  There are college flashbacks, and even super-8 footage of toddler Jared at the film’s very beginning.  Common personhood is what Edgerton is aiming to communicate; Jared’s family, academic, and church lives are identifiable, even what many would consider “ordinary”.  It’s pretty obvious that on one hand, Boy Erased’s intended audience, to some degree, are parents who might recognize their own offspring in Jared.

While Boy Erased makes its stand and channels its message with far more nuance and righteous subtlety than, say, the foster parenting screed Instant Family, one can understand any conceivable frustration the film might kindle within the gay community.  Boy Erased, though detailing a gay main character’s story, could be, nonetheless, faulted as another “straight-ified” version of an inherently homosexual experience.  Not only is gay intimacy underplayed on screen, the main character goes so far as to claim having lived a life of innocent celibacy, even when he shares a bed with another guy of the same persuasion.  That is, with the exception of when he’s the victim of a horrific male on male rape, which is depicted.  Consequently, then, it’s not a stretch to convict Boy Erased of muddying and corroding the physicality of the same-sex intimacy at the very core of the story’s intended issues. 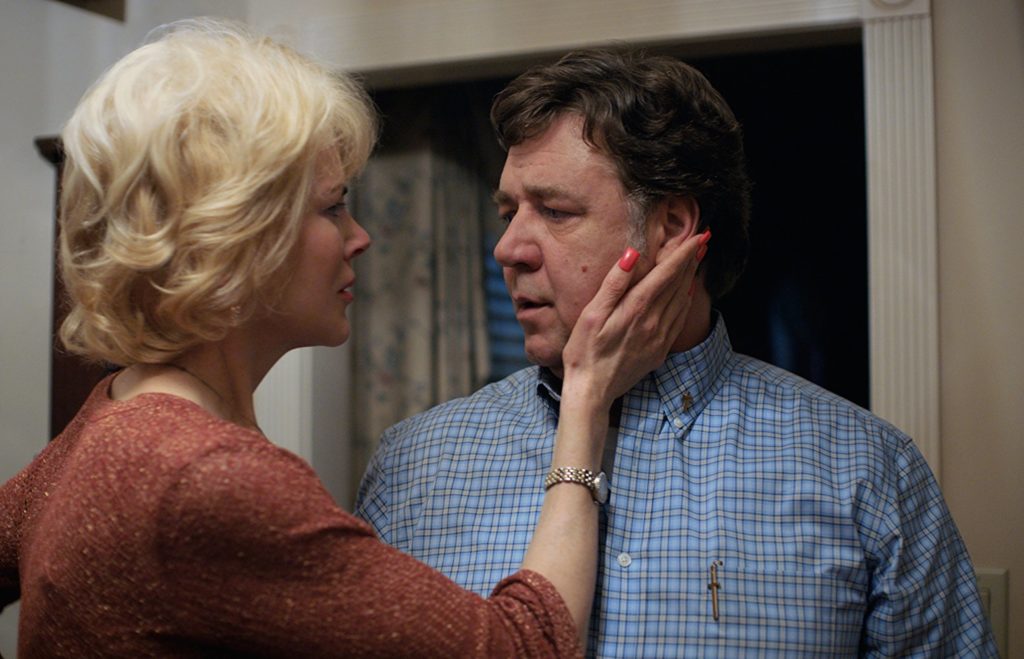 Intended to take on the long-standing antagonism between fundamentalist Christianity and homosexuality, Edgerton has followed through with a plenty-approachable, inherently non-confrontational film.  In turn, though, it’s also a tad languid, and not as convicting as some might wish.  Crowe’s pious character, Jared’s father, in a movie like this is naturally doomed to if not failure, at least a certain humbling in his efforts to have his son “deprogrammed”.  Therefore, the sympathetic manner in which he’s written is something of s surprise.  Some may call it kid-gloves, others will call it tolerant.  And, then there are those that would claim that the foundations of the man’s faith, the beliefs that he’s so stridently followed to this place, are given the short shrift.  “Truth cannot be converted”, they might claim.

Which begs the question, will anyone be converted in their thinking by Boy Erased?  Only time will tell.  The film itself is a tough sell made tougher by its own self-righteous tagline.  But, taglines come and go.  They can be, and often are, erased.  The film, however, is more or less forever.  However this character study may play as, it is most assuredly not a blunt polemic.  Boy Erased may be many things to many people, though for this critic, it manages to walk its line quite competently in terms of style and aesthetic.  As a filmic experience, Boy Erased is true to itself.