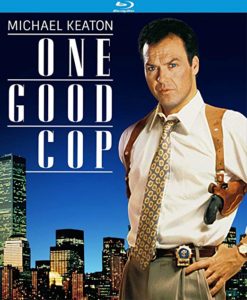 One Good Cop may not be one great movie, but it really isn’t bad, either.  Its star, Michael Keaton, on the other hand, is one great actor; this film offering him a chance to play up both his sympathetic qualities and his edgier, “dangerous” sides.  Per the Blu-ray cover art, displaying him and him alone towering over a nighttime cityscape, he’s of course the “one good cop” of the title.

One Good Cop is, at the least, a morally-muddied dramatic role for  the star, squeezing in this humble production just as he was in the midst of being a household name.  At the peak of his stardom, this is just the kind of real-world, plainclothes, dignified role that suited Keaton in-between Batmans.

In any case, having One Good Cop around isn’t a bad thing.  Though the movie’s suffered a bum rap on some fronts, this debut directorial effort by Heywood Gould (writer of the hit film Cocktail), is well beyond passable.  Not just directed but also written by Gould, One Good Cop tells the story of Artie Lewis, a career plain-clotheser  who’s climbed the ranks to being one of the chief’s best guys.  Paired with his trusty partner, single dad Stevie Diroma (a convincingly Boston Anthony LaPaglia), there are very few baddies they can’t take down.

The premise of a flawed and lying cop who crosses lines in a big way, and still expects our sympathy… that may be asking too much in this day and age- particularly in consideration of One Good Cop’s ending.

But underneath his badge and bravado, Lewis is just like anyone else: In the morning, he puts his khaki pants on one leg at a time; he grabs a pre-packaged processed snack and a coffee when he can; gives his partner some ribbing; and then marches on into another shootout.  Y’know, just a day at the office.  Lewis and Diroma may not be the most honest guys in the world when it comes to recalling facts of their actions, but hey, it’s part of their winning method. 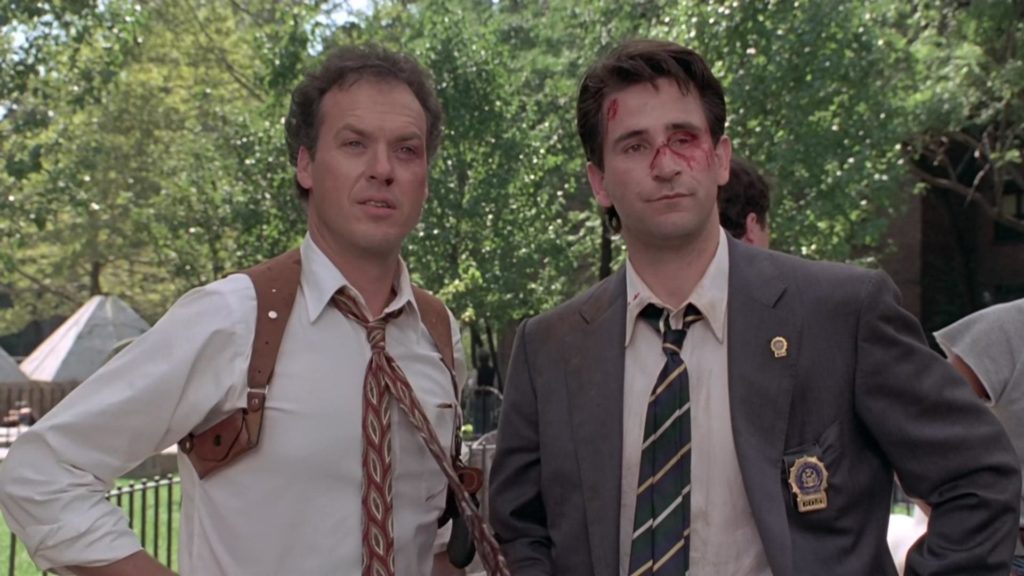 Keaton and LaPaglia are partners in ONE GOOD COP.

Then one day, it all comes crashing down.  A tragedy leaves Lewis and his wife, Rita (a fresh-faced Rene Russo) as caretakers of Diroma’s three young girls.  As the girls work their way into their hearts, Lewis clamps down harder and harder on a major drug lord in town.  Is this obsession because of his oath to serve and protect, or does it have to do with his own intensifying need for cash?  For projected vengeance?  How far will this one good cop go?  How many lines will he truly cross?  And what price will he pay?

Heywood Gould has concocted a meaty-enough moral dilemma worthy of the unique chops of Michael Keaton.  Although… although, although, although…  The premise of a flawed and lying cop who crosses lines in a big way, and still expects our sympathy… that may be asking too much in this day and age- particularly in consideration of One Good Cop’s ending.  It remains a film worthy of consideration, though it’s all but guaranteed to evoke some legitimate ill-will from many.  Whatever the takeaway, this utilitarian early 1990s production offers audiences the chance to watch Michael Keaton do his thing for two hours.  That’s always one good deal. 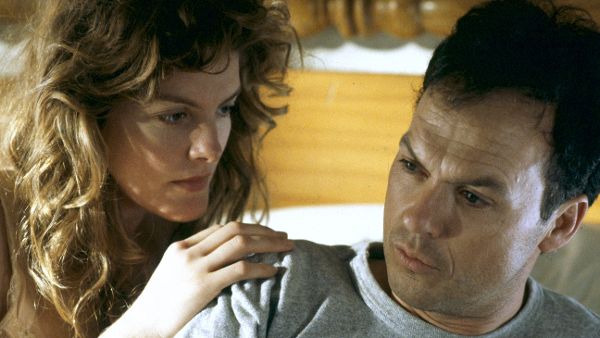 As for this Blu-ray, this film’s re-introduction to the format ranks among the more head-scratching releases.  One Good Cop, along with numerous other Hollywood Films productions of its era, has been available from bargain-basement label Mill Creek, often as part of a multi-pack offering.  One can only assume that this new Kino Lorber Studio Classics offering sports an improved transfer, but that’s a valid question for other,  more A/V-centric outlets.  One also wonders, though, what kind of deal did Kino make in the acquisition of the Hollywood Films catalog, and more to the point, does it involve them having to release every single Hollywood Films title to Blu-ray within certain window of time?  As a matter of pure, unbiased observation, that certainly seems a likelihood.

Gould has a newly recorded commentary track on this disc to sweeten the deal.  It’s a humble and worthy listen, as his path to directing an A-lister-starring Disney production (Hollywood Films was a Disney imprint, while it lasted) sounds as swift as his return to filmmaking obscurity ended up being.  On this disc, One Good Cop is here, and here alone.  (No second feature film necessary).  Maybe, like Artie Lewis, that’s how it was meant to be.