This review was written in 2004 as part of a series of Bergman reviews covering each film in a then-newly released five-disc DVD box set from MGM. I publishthis in observation of Ingmar Bergman’s centennial in the current month of July 2018. 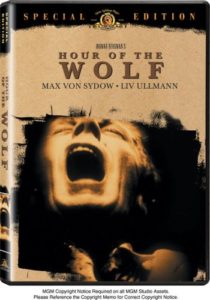 In some ways it sounds really strange to say, but in other ways, it makes perfect sense – Ingmar Bergman made a great horror movie. Following his deconstructionist experimental masterpiece Persona, the director promptly continued exploring some of his favorite themes of this era of his career in 1968’s Hour of the Wolf.  Primary among these themes are the notions of personality disintegration and a bleak overall loss of ones humanity. Although Bergman is generally not associated with the horror genre, this film reveals a masterful knowledge of its mechanics, as the film itself is an all-out exercise in disturbing Gothic horror.

Longtime Bergman cinematic alter ego Max von Sydow stars as Johan Borg, an artist haunted by his misdeeds of the distant and not so distant past. His pregnant wife Alma, played by the quickly emerging Bergman leading lady Liv Ullmann, suspects something is wrong, worries about him, but knows she is ultimately helpless. The film begins in a deconstructionist manner much like Persona, with the sounds of a film crew getting ready to make a movie. Soon, Ullmann’s character is directly addressing the camera, almost as though it were interrogating her, recounting the story we will see unfold over the course of the next hour and a half. The story proper begins as the couple reaches their desolate and remote island home, a peaceful place on the surface, but actually an appropriate setting for one, or perhaps both of the characters’ descent into madness. 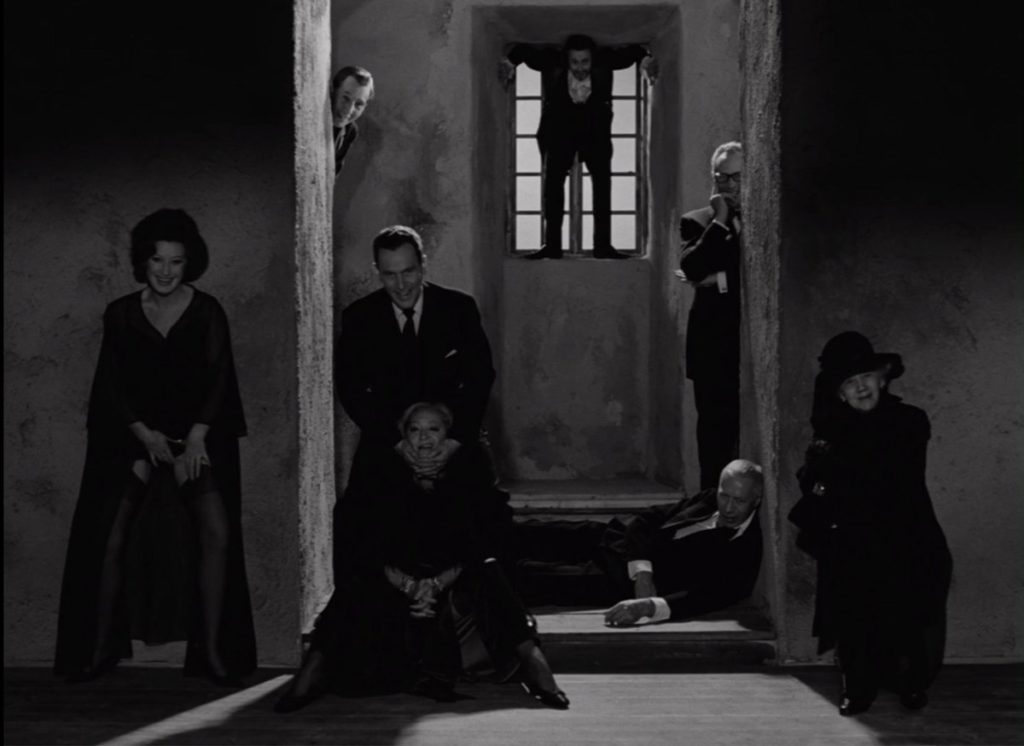 Although Wolf is in the title, and this film has been labeled as horror, it is not a werewolf story so much as a metaphoric vampire tale. Borg is constantly seduced and preyed upon by both internal and external forces in his life. The title actually refers to the hour just before dawn, a mystical time of day when it is said the most people die and the most children are born. It is also a time when people tend to be haunted by their most terrifying nightmares, a notion extremely appropriate for this film. Borg’s wrong-doings all come to head with Alma at this time, leading only to further disintegration and spiraling downward. There are scenes in this film of mundane events such as a high society dinner that are filmed with such unsettling alienation that they are just as nightmarish as Borg’s haunting memories.

Hour of the Wolf, brilliantly photographed in stark black and white by Sven Nykvist, is one of the most visually haunting films I’ve ever seen. The element of personal breakdown and disappearance demonstrates to some degree the wages of sin in life when there is no atonement. Allusions to vampire films and even Hitchcock’s The Birds (although probably unintentional) are peppered throughout and serve to re-iterate the points of the film. Bergman himself may take issue with all or portions of that read on the work, but his own auto-biographical flourishes and motivation in creating this film are equally valid, if not more-so. His obvious self-loathing and questioning revealed in the character of Borg the artist is at once fascinating, revealing, tragic, and kind of heartbreaking. Bergman’s films are rarely feel-good experiences, but when looked at through the eyes of the artist, they can be satisfyingly exploratory, if also a little voyeuristic. 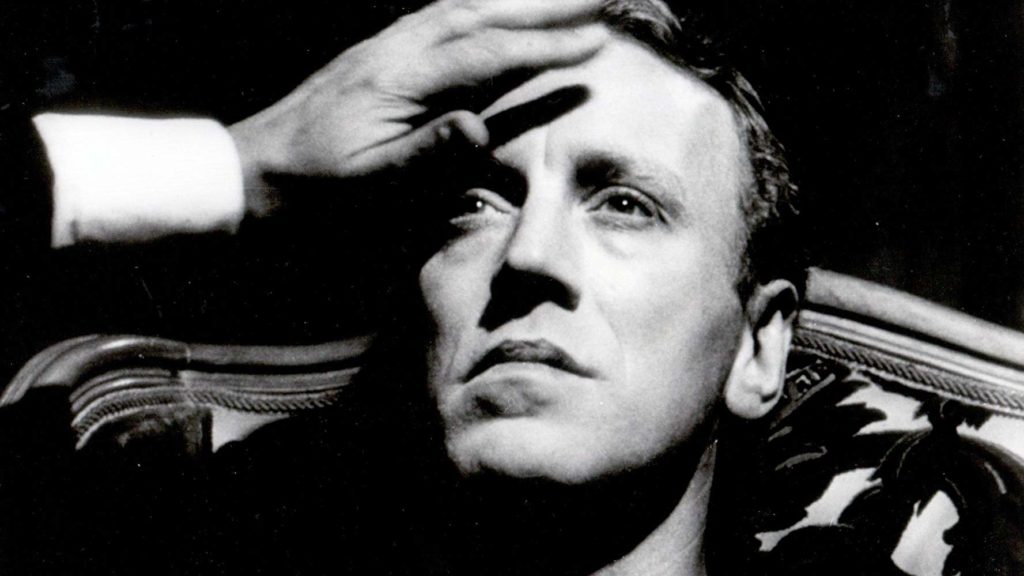 This special edition DVD includes the nearly thirty minute featurette, “The Search for Sanity”, as well as new on-camera interviews with Liv Ullmann and co-star Erland Josephson. There’s also the standard photo galleries and trailer, but perhaps most noteworthy is the commentary by Bergman historian Marc Gervais. Like his Persona commentary, Gervais tends to ramble in a stream of conscious manner while providing the occasional illuminating insight. He really pushes the horror angle, (on both the commentary and the featurette) barely able to contain his obvious enthusiasm for the genre – not something often associated with most Jesuit Priests. This special edition DVD was originally released with an incorrect aspect ratio, so be sure you get the proper, corrected version where the heads are not cut off at the top of the frame.

Hour of the Wolf is not a pleasant film, nor is it the most accessible film in the world, but for those looking for a smart, provocative, disturbing and stylistic character study that predates the likes of fellow artiste savant filmmaker David Lynch by at least a decade, look no further. This is another Bergman tour-de-force. The hour of the wolf is upon us…