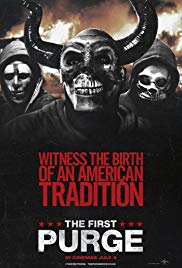 The First Purge is a prequel to the prior three and shows how the whole purge experiment began. The first entry into the series, which came out in 2013, was the first time the purge was enacted nationwide. But before that test, it was done on a very micro level, on Long Island, and mostly focused on minorities and the poor.  And that is the story to the fourth installment of one of the most profitable horror series today.

For the first time, however, another director is taking the reigns (Gerard McMurray, an African-American). The creator and director of the first three (James DeMonaco) remains on as producer. The First Purge focuses on Dr. Updale (Marissa Tomei, who, this may be a proper time to remind people, is an Academy Award Winner). She is the brains behind the experiment and does not have a hat in the game politically. She’s not a terrible politician, just a terrible person. There is however a political angle behind it all, in the presence of Chief of Staff Arlo Sabian (Patch Darragh), who is working for a President who I don’t remember ever being named, so let’s just call him Donald Trump. 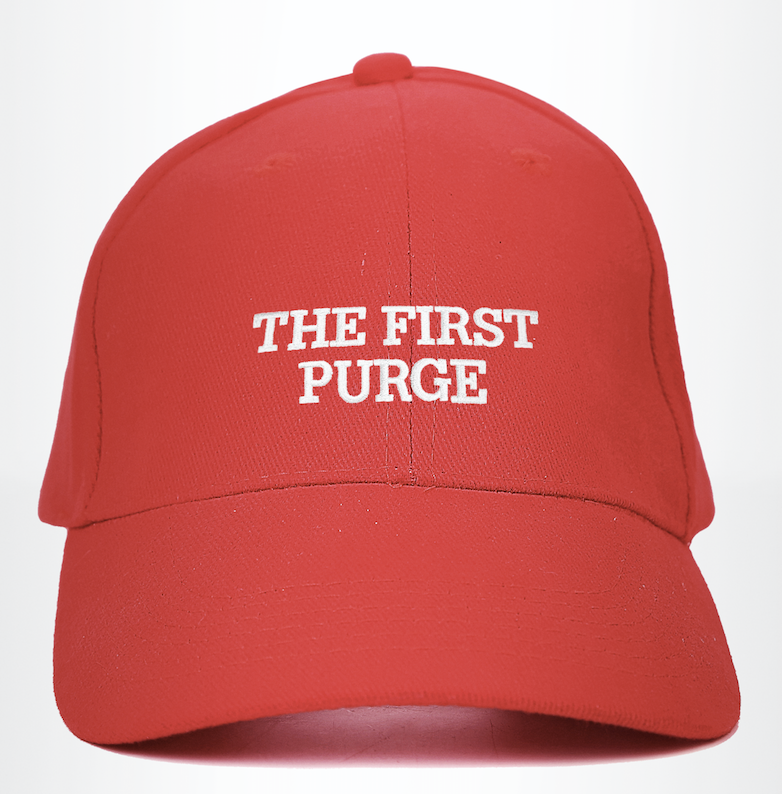 The movie focuses mainly on Dmitri (Y’lan Noel, who is surprisingly good in it). He plays a drug dealer with a heart of gold. When his ex- girlfriend, whom he is still in love with (Lex Scott Davis) gets involved with the purge to protect her brother, Dmitri decides to get involved too, to protect her and to use his resources to do good for once.

Look, these movies are the most political films being made today. There is no subtlety to them whatsoever. There is literally a scene where a character calls someone a “pussy grabber”. If you are a supporter of the current administration and think he is doing a good job, or if you hate politics being in films, then stop reading and don’t see it. This should be a hard pass for you.

To the ones still reading, it’s a mixed bag. Everything about this movie is counter-intuitive to what a good script should be. Way too much setup, which feels like it’s in service of hitting at least eighty minutes on the run-time. Characters who say everything on their minds. Exposition dumps left and right. Symbolism that feels like an elbow drop from the top rope of a wrestling match. There are also plot-lines that are introduced and disappear. And I swear it feels like the screenwriter wrote the first half of the movie to be about something and then in the middle decided to make it about something else and just didn’t change anything in the first half. Kind of like an old pass-the-stick campfire game where you just take over the story and put it in whatever direction you want. 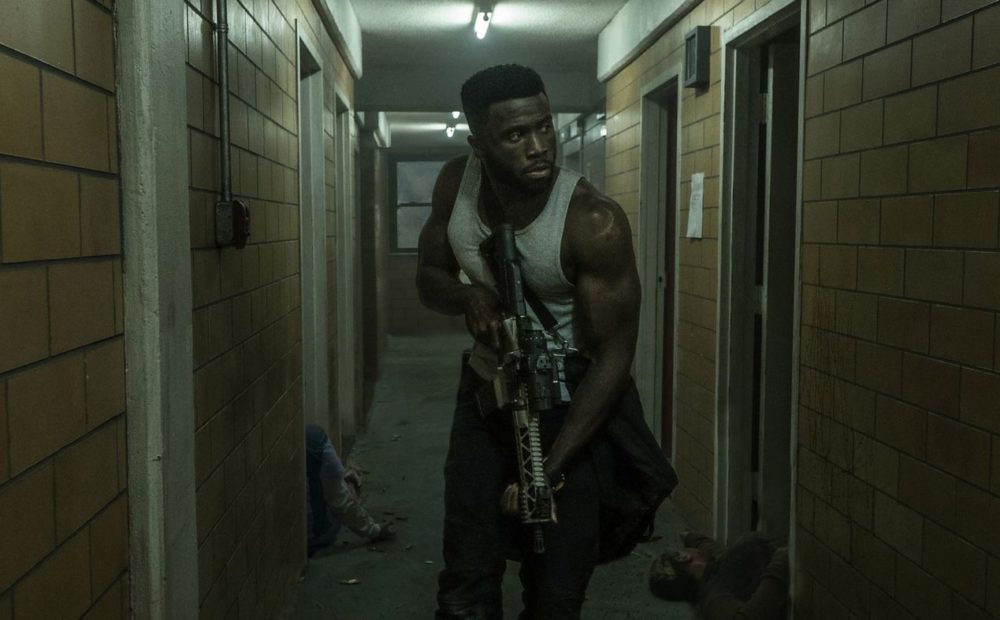 But it’s not all bad. As mentioned, Noel is a charismatic force on screen. I can see him turning into something big, sometime soon. And when it’s pointed out that he once did a goofy little horror movie like this, like how it’s pointed out that Jennifer Aniston was in a Leprechaun movie once or Johnny Depp did Nightmare on Elm Street, you can look back at this review and see me boasting that I saw it coming. Also, there are flares of high entertainment, including a fight scene where Dmitri takes out three guys that was shot in a way more inventive way than it needed to be.

As I sat in the theater and criticized how silly and unsubtle this movie was, I also thought about how goofy and unsubtle America is now. And if a film is to comment on the state of things, is it convention to follow the rules of cinema? Or is it more convention to make a film that mirrors what is happening. My theater was made up of primarily liberal film critics and African Americas, and when Dmitri and co. began fighting back against government officials, the theater exploded. For right or wrong, this movie tapped into something. Some anger that is resting and will probably come out in November. 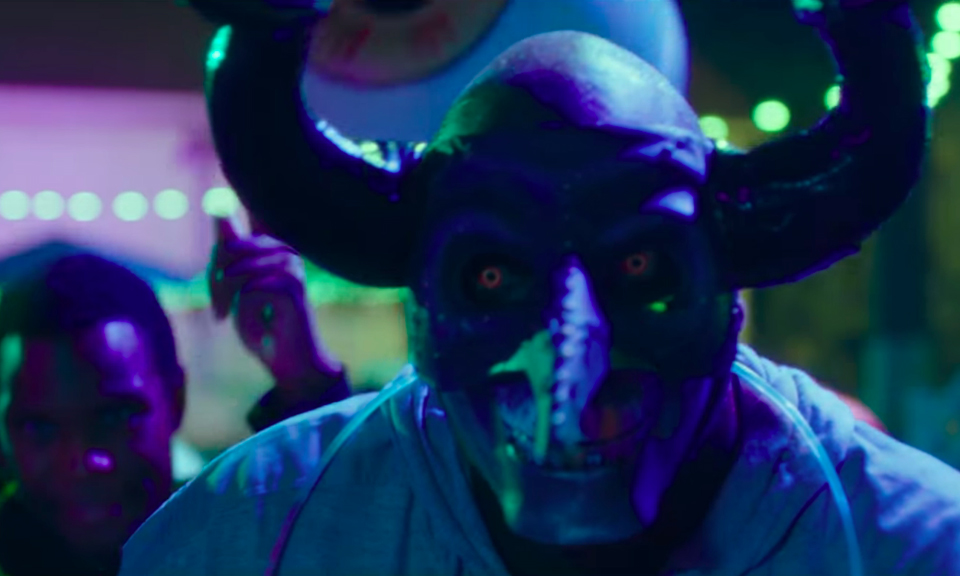 So, picture it like this. Say you made a super-group rock band. You put Mick Jagger on vocals, Eddie Van Halen on lead guitar, Flea on bass and Keith Moon on drums. Then you told them to all just slam away and play it to a ten the whole concert. But make sure you’re playing protest songs against a fascist government. You would probably sit there with your eyes squinted, trying to figure out what this and how you feel about it. That’s kind of how I felt about The First Purge. I don’t really know my thoughts. But I do recommend you see for yourself.