Three Companions for Your Summer Listening

This month, Paul Hibbard and I recommend three new podcasts in our usual suspect categories:

Don’t forget to wear extra sunscreen—you just might get so sucked in you forget to reapply. 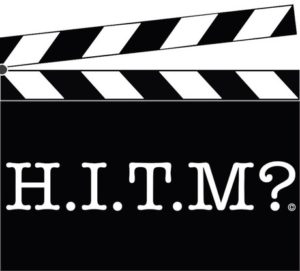 Behind the Scenes: How Is This Movie?

When host Dana Buckler isn’t having the worst luck at the movies in the history of moviegoing (think seven “Movie Theatre Rant” episodes and counting), he’s compiling the history of movies you love and recording it for your pleasure. With a special love for the series he grew up on—Alien, Star Wars, Indiana Jones, The Karate Kid—he finds ways to make facts about studio politics, production costs, and marketing personal. He also did something I thought impossible—he’s piqued my interest in the horror genre. (Okay, I think Jordan Peele gets some credit for that, too.) Even though I’m not sure I’ll ever brave through watching them, I can’t resist Buckler filling me in on what I need to know about horror classics like Scream, Predator, IT, and Halloween. He mixes up his format with interviews, retrospectives, and more to keep the format fresh. 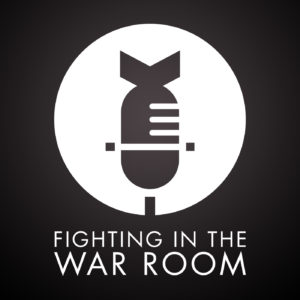 Fighting in the War Room is the perfect film podcast if you are looking to break away from a stale analysis or just a rambling recalling of the plot with no insight (two of the biggest flaws that fail most film podcasts).

What you’ll get is a blend of humor from hosts who are friends. They make you laugh when you least expect it and will self-deprecatingly point out when the topics go off the rails (which is always in the most fun way possible). You’ll get a wide array of topics discussed, from film to TV to pop culture to politics. And you will get some of the best and most biting commentary, including a recent episode where it was argued passionately that Avengers: Infinity War is just two acts of a film that tries to act like it’s a three-act movie with a bleak ending.

A great podcast that will entertain, help you solidify your opinions, and even when you disagree, it will challenge your thoughts.

Get your fight on at the official website for the podcast. 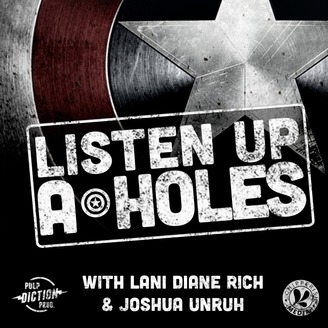 Just for Fun: Listen Up A-Holes

If three Marvel movies a year—oh, and Agents of S.H.I.E.L.D. and those Netflix shows—just aren’t enough for you, then we’ve got a podcast for you in the interim.

Story expert Lani Diane Rich and superhero scholar Joshua Unruh give you all the back story you could want (and then some) on the characters at the center of all of the movies and TV shows in the Marvel Cinematic Universe, starting back with the OG, Iron Man. Unruh provides the crazy comic book context behind creation of the characters and storylines—and trust me, it gets crazy—and Rich digs into how the production process impacted the final film. Then they dissect into the story structure, character work, and how each installment fits into the larger universe. Best of all, they can still laugh about how insane these plots can get—and trust me, they can get insane.

Taylor Blake is a contributor for ZekeFilm, including to episodes of ZekeTalk. She co-hosts her own podcast, SO IT’S A SHOW?, about Gilmore Girls pop culture references.