WEST OF HER – Film Review 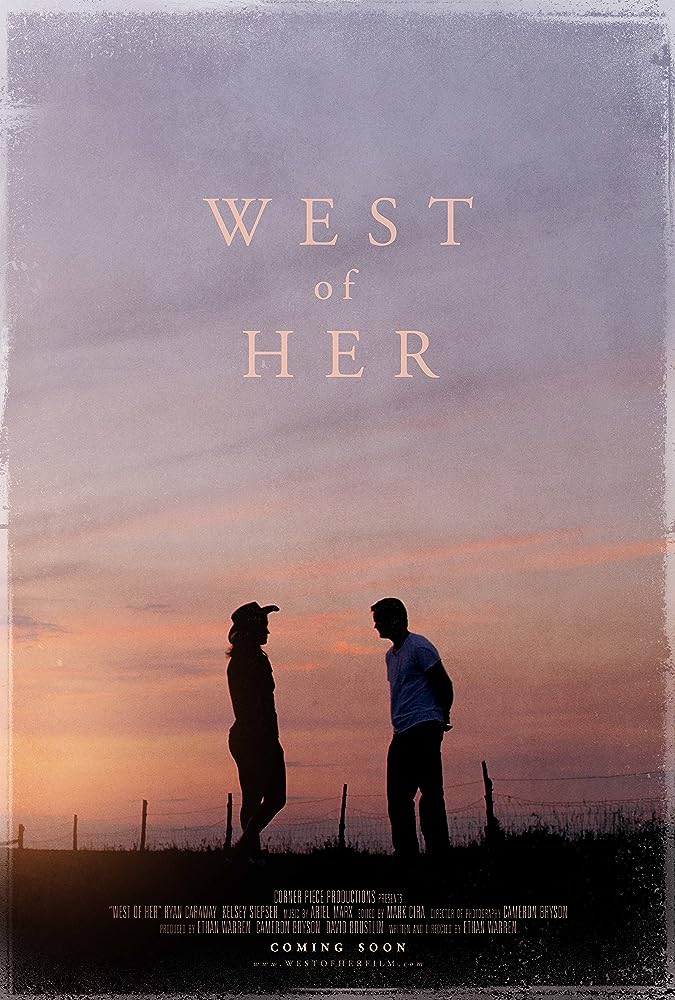 Fun Fact: The Mitchell Corn Palace (aka ‘The World’s Only Corn Palace’) is a multi-use arena space in Mitchell, South Dakota covered in murals created entirely out of corn kernels and other grains and native grasses. These murals are changed each year to reflect a current theme, such as Native Americans, the Allied war effort during World War II, native South Dakotan animals, and so on. The Mitchell Corn Palace also serves as the first stop on Dan and Jane’s mysterious mission in Ethan Warren’s debut feature film West of Her.

When the movie begins, a strange phone call wakes Dan Lincoln (Ryan Caraway) up in the middle of the night. A voice on the other end asks him if he has any family or other people close to him, or his life has any current significance at all. When Dan answers in the negative, the voice instructs him to meet his new partner at a bus stop one hour west of Chicago. This partner turns out to be a young woman named Jane (Kelsey Siepser), and the two of them head west on their strange quest.

West of Her pretty much just consists of two young attractive people having meaningful conversations in front of iconic American landmarks. That’s not a knock against the film.

The quest turns out to be part of an elaborate art project that involves embedding tiles into the roads outside famous U.S. landmarks. Much like the “Toynbee Tiles” that have popped up all over North and South America, these tiles contain a cryptic message. Dan has become obsessed with the message and the project as a whole- he is convinced there is a larger meaning behind it all even as the project’s organizers only allow him to see a small piece of it. Jane, on the other hand, just sees the whole affair as an amusing diversion. In her view, the tiles mean nothing in and of themselves, they only acquire meaning when other people find them and wonder about them. For Jane, the tiles just exist to add a little whimsy into people’s lives. 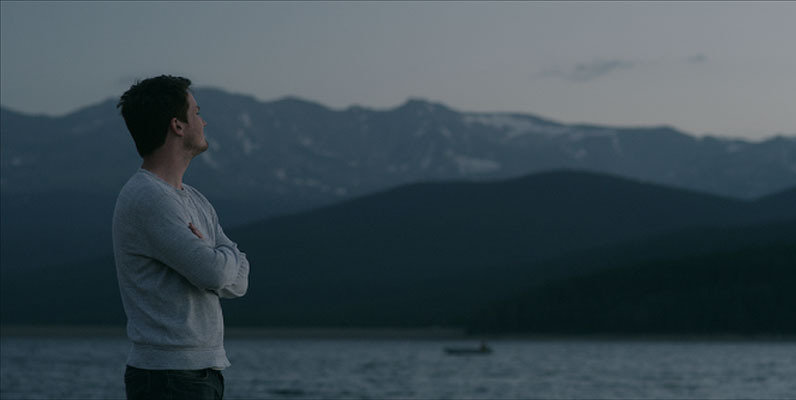 These two competing points of view become the dramatic crux of West of Her’s story, from a screenplay written by Warren. As they work their way west, Dan and Jane begin to move closer to one another. The problem is that Dan is open and honest about his life and experiences in a way that Jane isn’t. Dan is pushed to seek meaning and significance, while Jane’s cynicism won’t allow her to be as exposed. As their relationship begins to deepen, this divergence in worldview starts to become a real impediment. If they’re to have any sort of life together, they have to somehow bridge this gap.

As the two leads, Caraway and Siepser have to do all of the heavy lifting in this movie. And I mean all of it. There are only a handful of other speaking parts, and they’re very minor being the sort listed in the final credits as “the boy” or “girl outside coffee shop.” The two actors have a warmth and a nice connection that makes their growing relationship feel real. Both get a chance to shine with extended monologues that both pull off without feeling excessively theatrical. They are two people whom we don’t mind spending an extended car trip with.

There’s not much else that actually happens during the movie. West of Her pretty much just consists of two young attractive people having meaningful conversations in front of iconic American landmarks. That’s not a knock against the film. The cinematography by Cameron Bryson captures these locations in all of their natural grandeur. Mount Rushmore, The Grand Canyon, The Rocky Mountains, the Four Corners, Phoenix and Memphis all make an appearance in the movie, and they all look great. The film’s crew certainly got around, they reportedly drove over 3,700 miles during the making of the movie. 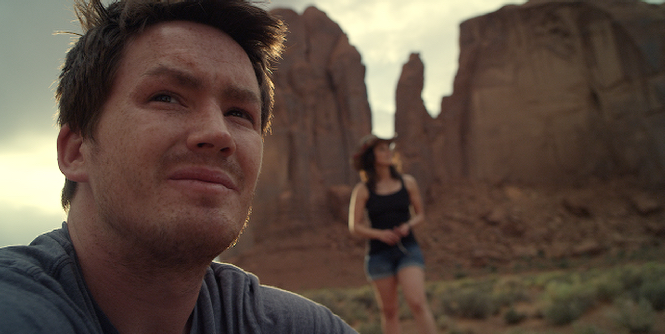 The soundtrack accompanying Dan and Jane’s road trip is populated mostly by folk and bluegrass songs from the Smithsonian’s Folkways recordings.  This, along with the diners, motels, ghost towns and other landmarks Dan and Jane visit, adds to the overall “Americana” aspect of the movie. The movie’s title is taken from the lyrics of a John Ritter song, “Roll On.”

West of Her is a pretty good directorial debut from Warren. He has a great compositional eye and a nice sense of pacing. As mentioned, there isn’t a lot of action in the film, but Warren keeps things moving along. I was never bored. That might not be the world’s greatest pull quote, but for a movie with a screenplay this slight, I think that’s saying something. West of Her is another in a long line of road trip movies that find the heroes discovering something about themselves as they drive the highways of America. Its willingness to stop and look at the scenery we’re driving past makes it a trip worth going on.