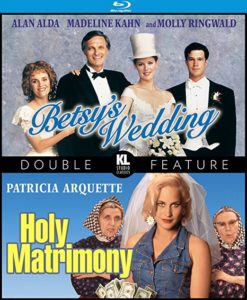 This double-feature styled blu-ray release features Betsy’s Wedding and Holy Matrimony, two films that are very different animals but are tied thematically by the fact that they are comedies about weddings, and are each directed by a famous actor. 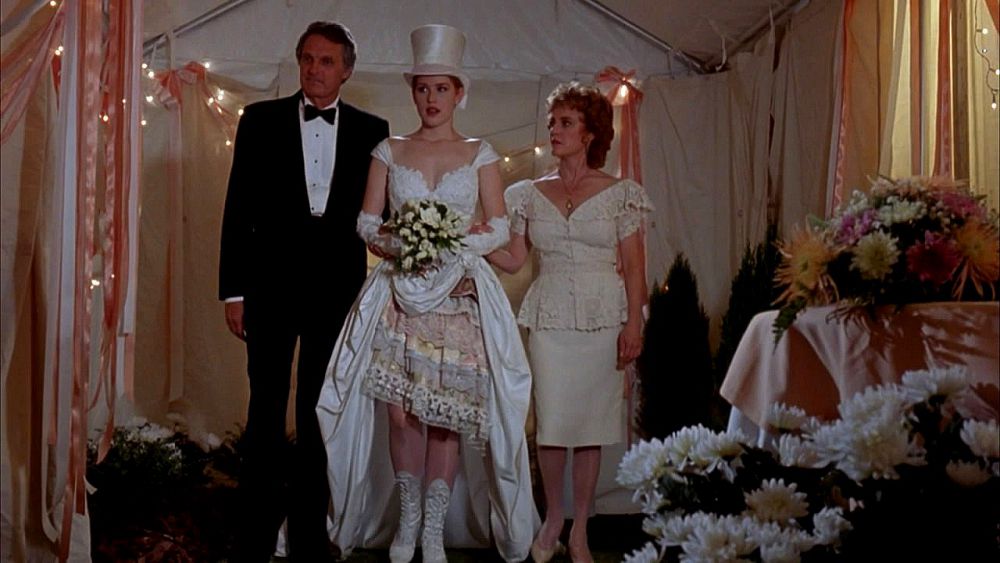 Written and Directed by Alan Alda (MASH, Bridge of Spies), who also stars, Betsy’s Wedding also is the last time this actor has directed a film.  It is the comedic tale of a father named Eddie Hopper (Alda) whose fashion student daughter Betsy, played by Brat-Pack darling Molly Ringwald (Breakfast Club, Sixteen Candles, Pretty in Pink) is about to marry investment banker Jake Lovell (Dylan Walsh – Nip/Tuck).  Eddie is an honest building contractor who is strapped financially and forced to ask for some cash from his shady brother-in-law Oscar Henner (Joe Pesci – Goodfellas, My Cousin Vinny, Lethal Weapon 2-4) who not only is chronically cheating on his wife Gloria (Catherine O’Hara – Home Alone, Beetlejuice), but is also connected to mob boss Georgie (Burt Young – Rocky 1-5).

Soon Eddie finds himself in business with Georgie who insists that his wannabe, stereotypical mobster-in-training nephew Stevie Dee (Anthony LaPaglia – Annabelle: Creation, So I Married An Axe Murder) work directly with Eddie, where he sees and falls for Eddie’s other daughter Connie (Ally Sheedy – The Breakfast Club, War Games), who happens to be a cop.  Throw in Madeline Kahn (Blazing Saddles, Young Frankenstein, Clue), and a blink-and-you’ll-miss-him appearance of Samuel L. Jackson, and Betsy’s Wedding delivers quite the cast. 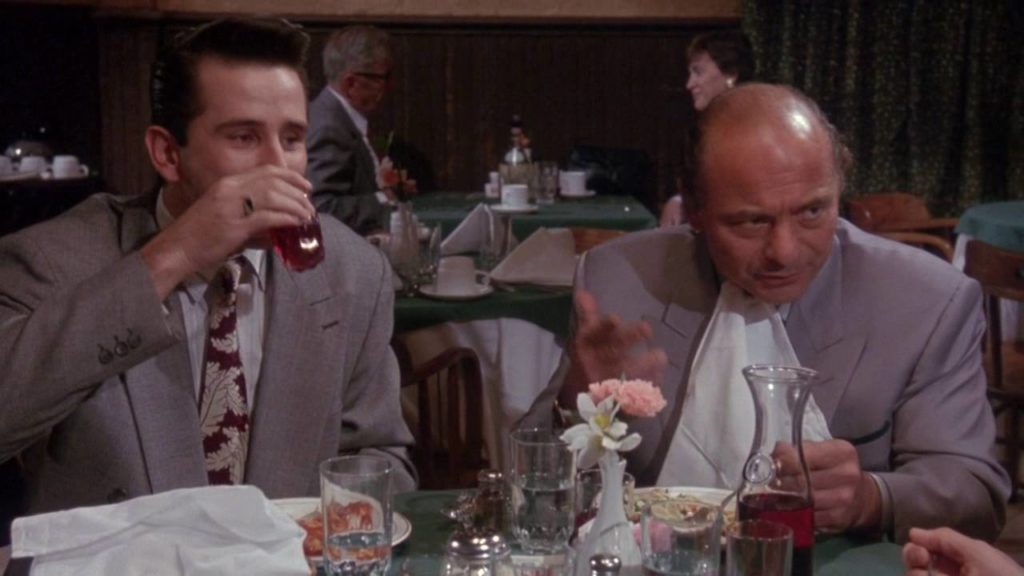 The film’s comedy stems mostly from the awkward situations each character finds themselves in as they are paired with their polar opposite.  Betsy, the free spirit with conservative, wealthy, proper Jake.  Eddie, the honest businessman who has to work with shady and criminal Oscar and Georgie.  Connie the police officer who is being pursued romantically by a man whose entire family sits on the opposite side of the law.  The two families are also polar opposites of each other who equally try to outdo the other creating tension before the nuptials.

Alda gets some laughs out of his script, but largely the film plays to existing stereotypes and caricatures, though it is light-hearted enough to come across as endearing, considering its a film that is nearly 30 years old.  The only bonus feature associated with the film on this release is the film’s trailer. 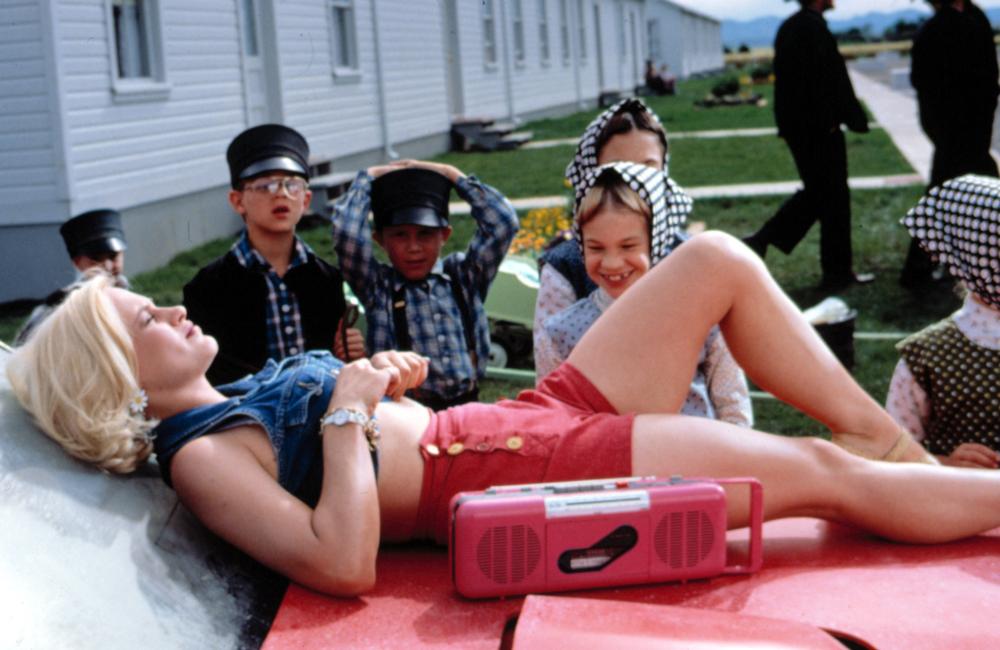 Directed by Star Trek’s Leonard Nimoy, Holy Matrimony was the last feature film that this actor would direct, much like Alan Alda’s Betsy’s Wedding.  Holy Matrimony borrows a bit from Harrison Ford’s Witness, from 10 years earlier, where a crime finds itself into a sheltered religious community, only as a comedy, the setting is meant to provide us laughs instead of a tense “worlds colliding” dynamic that Witness was able to pull off.

The main plot is that a celebrity impersonator at a traveling carnival named Havana (Patricia Arquette – Boyhood, True Romance) robs her boss along with her boyfriend Peter (Tate Donovan – Manchester by the Sea, Argo, The Only Living Boy in New York).  As they go on the run, they head to Canada to be a part of the New Jerusalem community in Alberta.  This is where Peter grew up.  While not as strict as the Amish, as they are allowed to use vehicles and modern farm machinery, they are committed to a literal application of the Bible.

To be in the community, Peter and Havana must marry.  Havana has not given the community a great first impression with her promiscuous dress, salty language, and blasting of pop music and smoking. Peter says they are engaged after God told Peter to help Havana change her ways.  They go through the ceremony, and Havana learns that the wives of New Jerusalem are expected to do much of the work at home, in the fields, and must obey their husbands in all things, even serving them dinner in a large community gathering at each meal.  Needless to say, Havana isn’t long for this type of life.  The only problem is that Peter has hidden the money, and without it, she can’t leave. 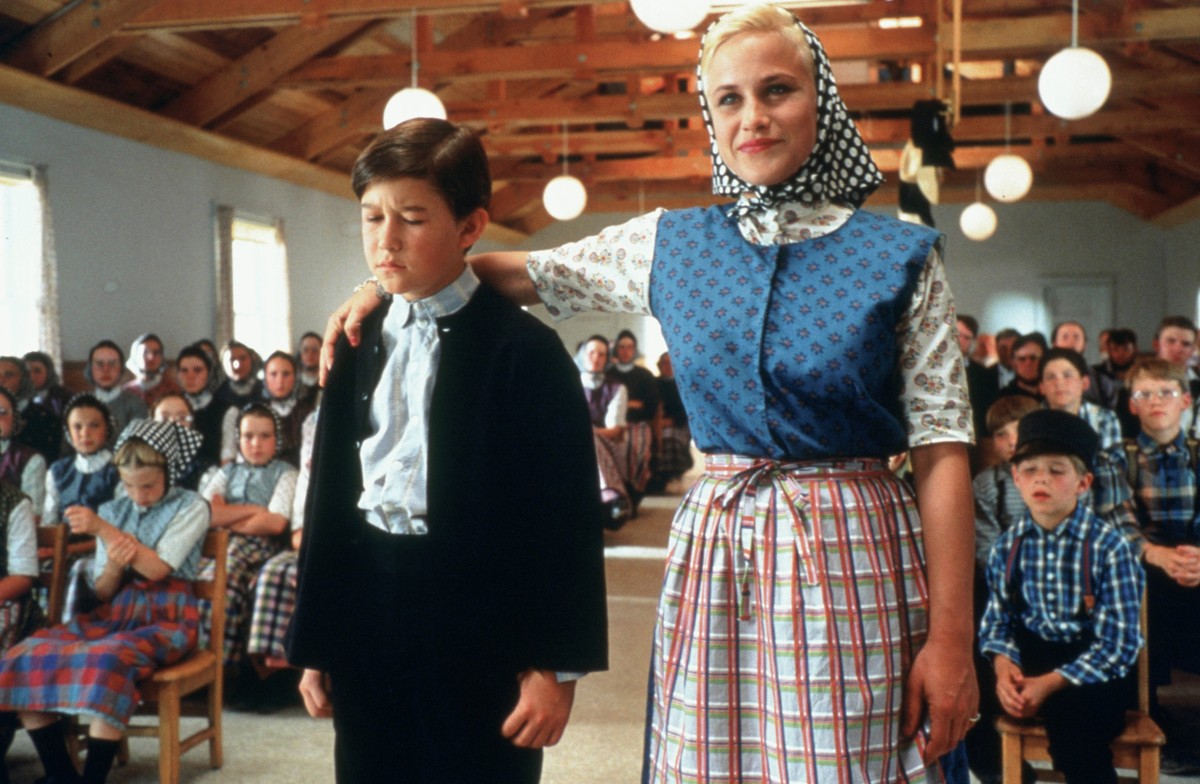 When tragedy strikes, and Peter dies, the community insists that Havana must follow the out-of-context biblical command of Deuteronomy 25:5 which states:

If brethren dwell together, and one of them die, and have no child, the wife of the dead shall not marry without unto a stranger: her husband’s brother shall go in unto her, and take her to him to wife, and perform the duty of an husband’s brother unto her. (KJV)

This means that she, a grown woman must marry Peter’s brother who happens to be 12-year old Ezekiel played by Joseph Gordon-Levitt (Inception, Don Jon, Looper).  Still needing to find the money, she agrees.  Most of the film relies on this awkward arrangement for most of its laughs.  While this plot is pretty thin, the film keeps an awkward arrangement very light-hearted as the two never consummate the union.  Instead, it becomes a relationship that helps a 12-year old learn about the responsibility of marriage and what it means to think about others at a time when he is just a kid and wanting to enjoy childhood.  It also teaches an irresponsible adult woman that she doesn’t have to accept the way she has seen herself all of these years and what it means to have integrity and sacrificial love for others.

The film spends some time on the fish-out-of-water aspect of this worldly woman communing in this very strict community, while trying to infuse a dose of tension as Havana is pursued by a crooked FBI agent named Markowski (John Schuck) who is tasked with recovering the stolen cash, but who might just want it for himself.  This film would absolutely not work if not for the abilities of Arquette (who won an Oscar for her role in Boyhood), and the surprising abilities of a young Joseph Gordon-Levitt who has been a consistent talent the past 25 years.  Otherwise, there is no reason this wasn’t a made-for-television film, even in 1994.  Like Betsy’s Wedding the only extra is a trailer for the film.