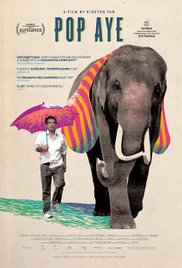 Kirsten Tan, a Singapore director with life experience living in Thailand and South Korea, before earning a degree at NYU, brings us a heartwarming tale with the back drop of Thailand as we experience a cross-country journey of one man as he seeks to bring an elephant back to his childhood home and deal with his own mid-life crisis, while impacting others along the way in the film Pop Aye.

Thana (Thaneth Warakulnukroh) is a successful Bankok architect whose original building, that was a state of the art marvel nearly 30 years earlier is about to be torn down, only to be replaced by something even more modern.  This structure could very well represent Thana himself who finds that his former boss’ son, who now runs the architectural firm, is treating Thana much like the building of the past.  Thana finds that he is being cut out of meetings, and fears that time is running out before he too is replaced and cast aside for the latest new up-and-comer just out of school.  As he and his new boss appear on Bankok news to discuss the old building and the new plans, you get a real sense of just how out of touch Thana is in this new world.  At one point, he discusses the danger of Bankok, how it will eat you up if you aren’t aware of its dangers. While he has thrived there for decades, this is starting to be true of him. 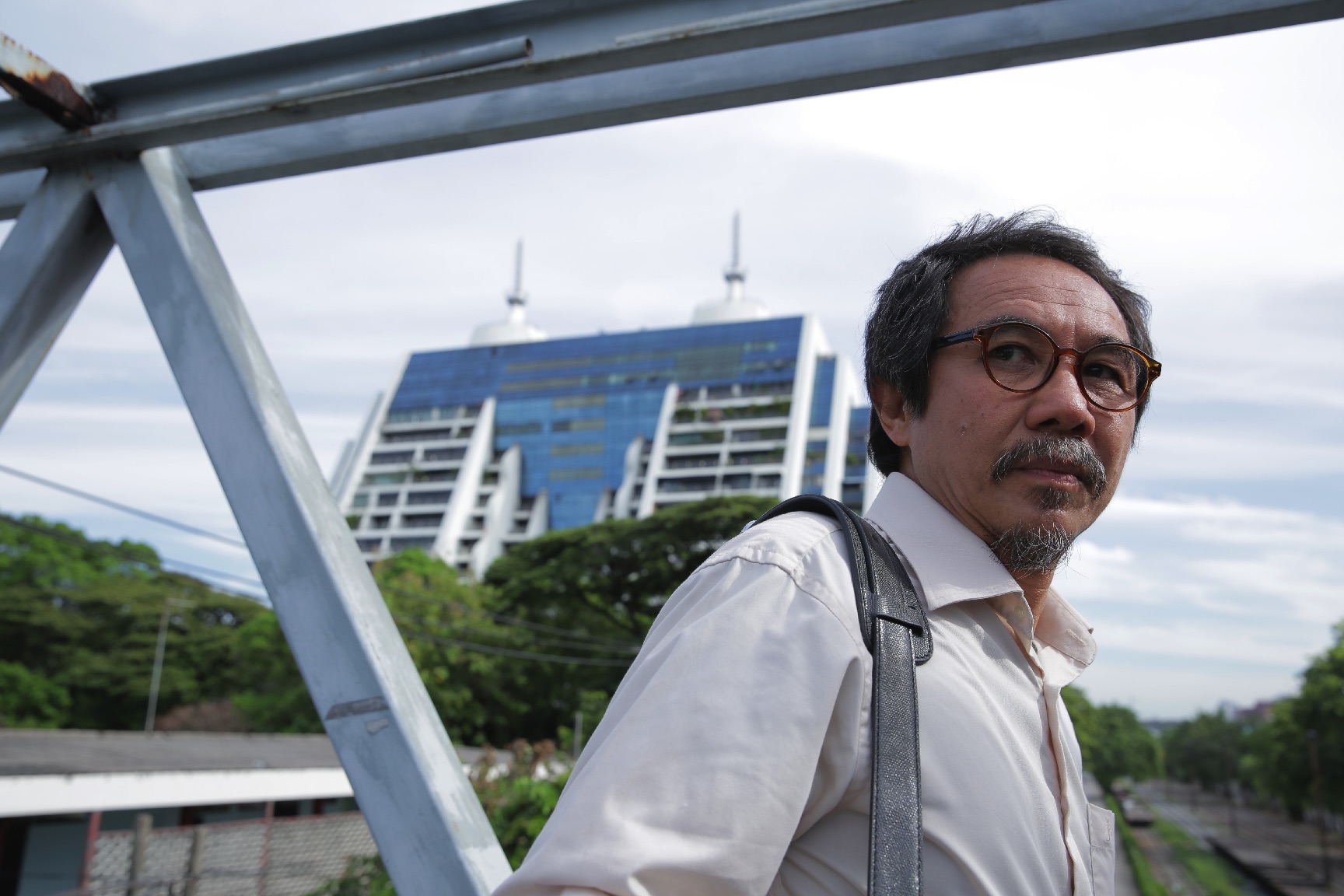 Thana is also finding a crises at home with his wife Bo (Penpak Sirikul).  Both recall fondly a time in their lives when they were in love and did caring acts for one another, but just as quickly their manner towards one another grows cold and Bo rebuffs any attempt by Thana to try to be intimate.

As Thana is drowning both professionally and personally in where his life is 30 years down the line, he discovers a man with an elephant who will accept money for the chance to feed this elephant.  Thana, however, believes that he has found the elephant he once sold in his youth which gave him his big chance in Bankok.  That elephant was named Pop Aye, named for the famed cartoon character Popeye the Sailor Man.

Thana would sing the famed theme song complete with the “toot” “toot” sound of Popeye’s pipe that the elephant would respond to.  Instead of paying to feed this animal, he buys Pop Aye and begins a cross-country journey to bring the elephant back to the town of his youth, restoring him to the place he lived before Thana sold him off. 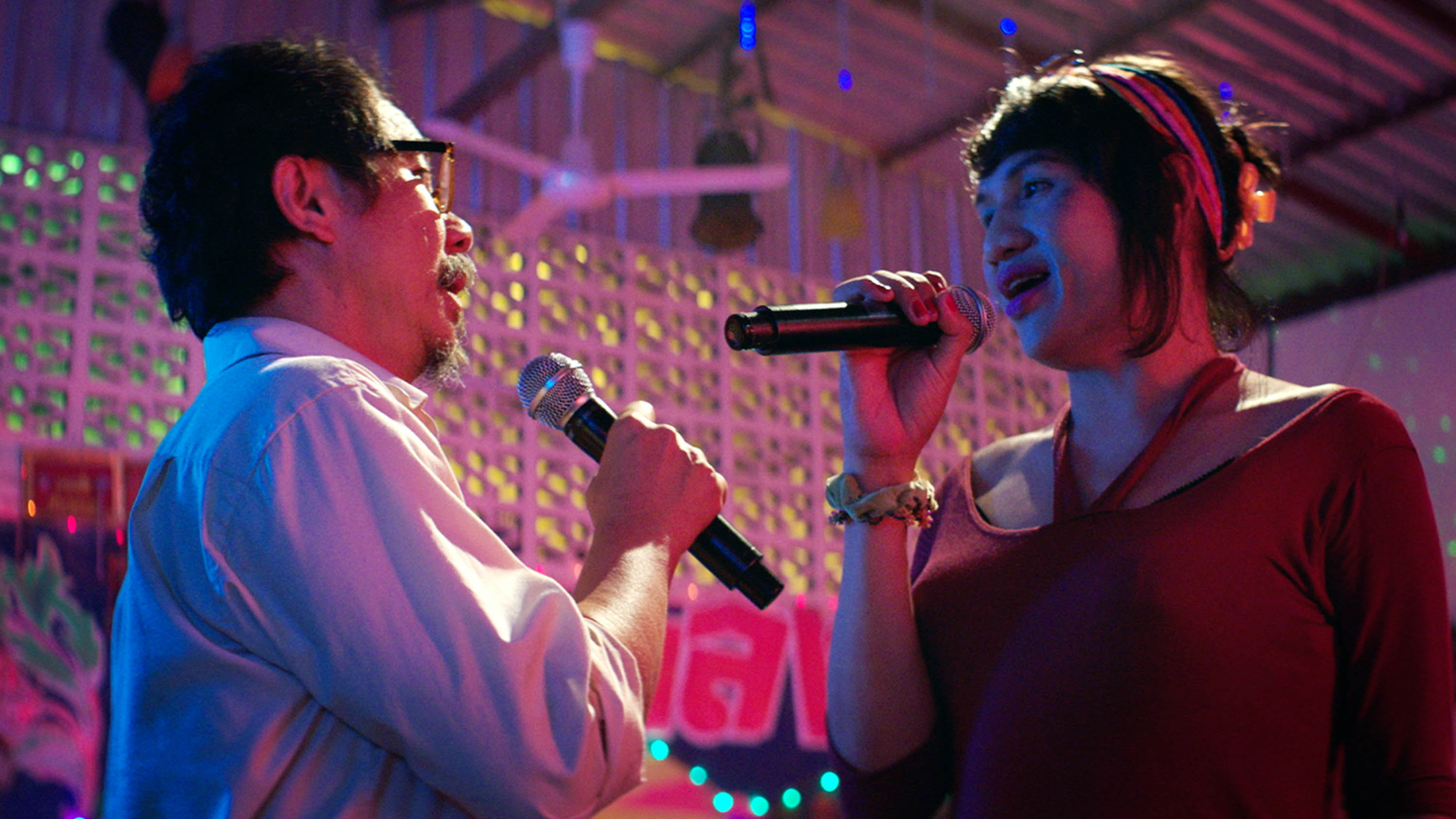 Along the way Thana meets a very diverse cast of characters.  A wise drifter seeking to reconnect with his lost love one more time before he dies, a transgendered sex worker who is touched by Thana’s story and kindness, and a couple of police officers who are ready to book Thana for not having proper papers.  Each of these people help Thana find parts of himself he had lost along the way, culminating in things he discovers when he speaks to his older uncle, and learns of how things changed in his childhood hometown once he left for the big city of Bangkok all of those years ago. 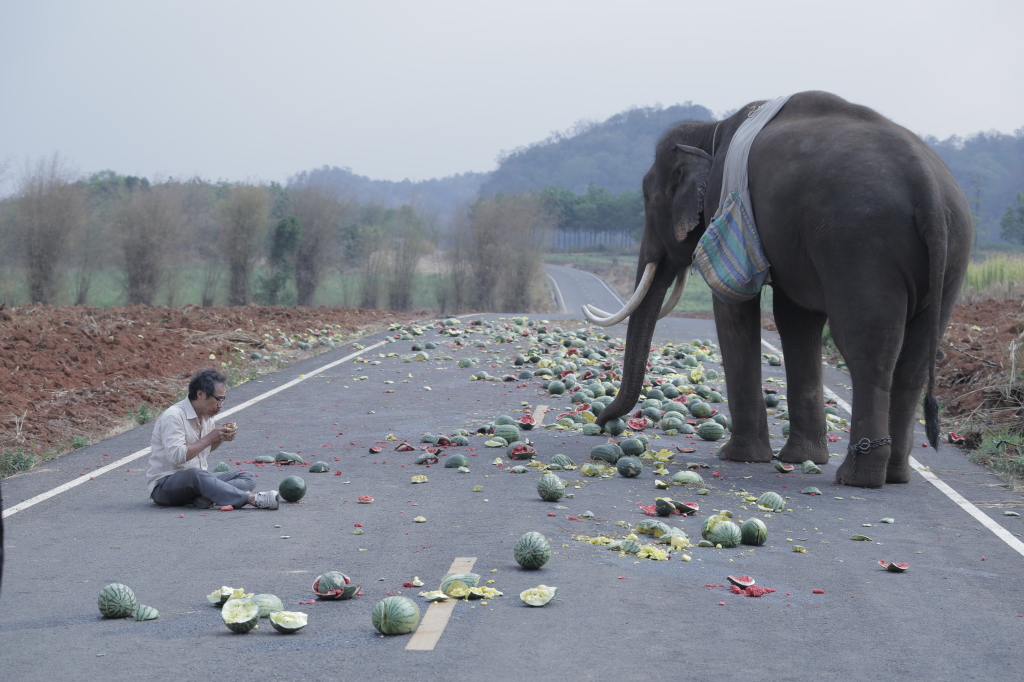 While this tale is a very specific story, it is able to subtly draw you in and becomes a universal story that anyone can relate to as you seek to rediscover and hold on to a part of yourself that maybe you’ve lost along life’s journey.  Pop Aye never seeks to manipulate any emotional response from the viewer but simply chronicles the journey, much like the format of a documentary where the camera is simply a fly on the wall.  This creates an effective way of creating empathy for Thana’s journey, while also utilizing modern camera angles and production standards to keep the flow of a fictional narrative so that it doesn’t have the actual feel of a documentary. 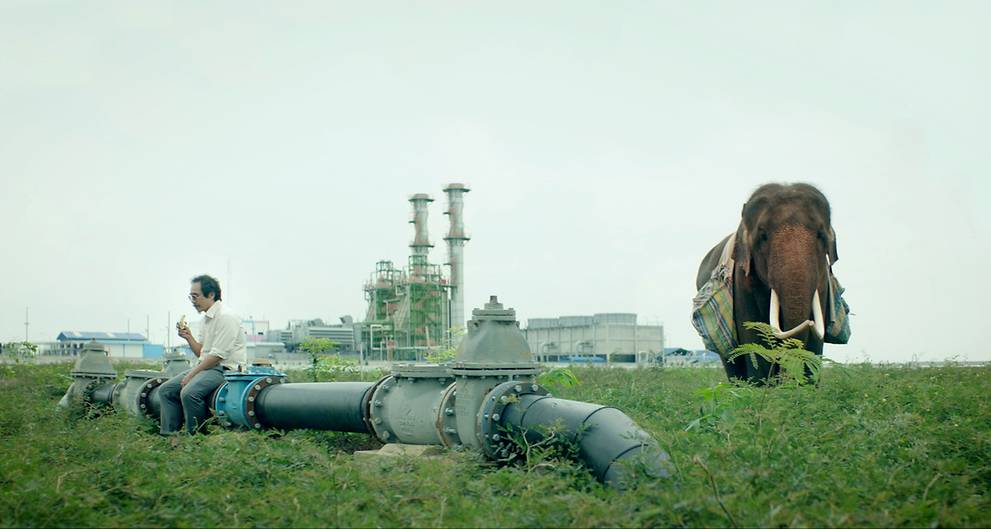 Kino Lorber has included 4 behind-the-scenes videos of about a minute and a half long, each, that give the viewer a sense of some of the setups of scenes in the film, as well as some in-between takes type of footage.  Throughout it these brief clips, as in the film, we get a sense of the beauty of Thailand, both the urban areas of Bangkok, but also the surrounding country side.

The DVD is presented in 2.35:1, 16×9 format in color.  The film is in Thai with optional English subtitles, and a running time of 102 minutes.  It also features 5.1 surround sound.  There is also a trailer for the film. 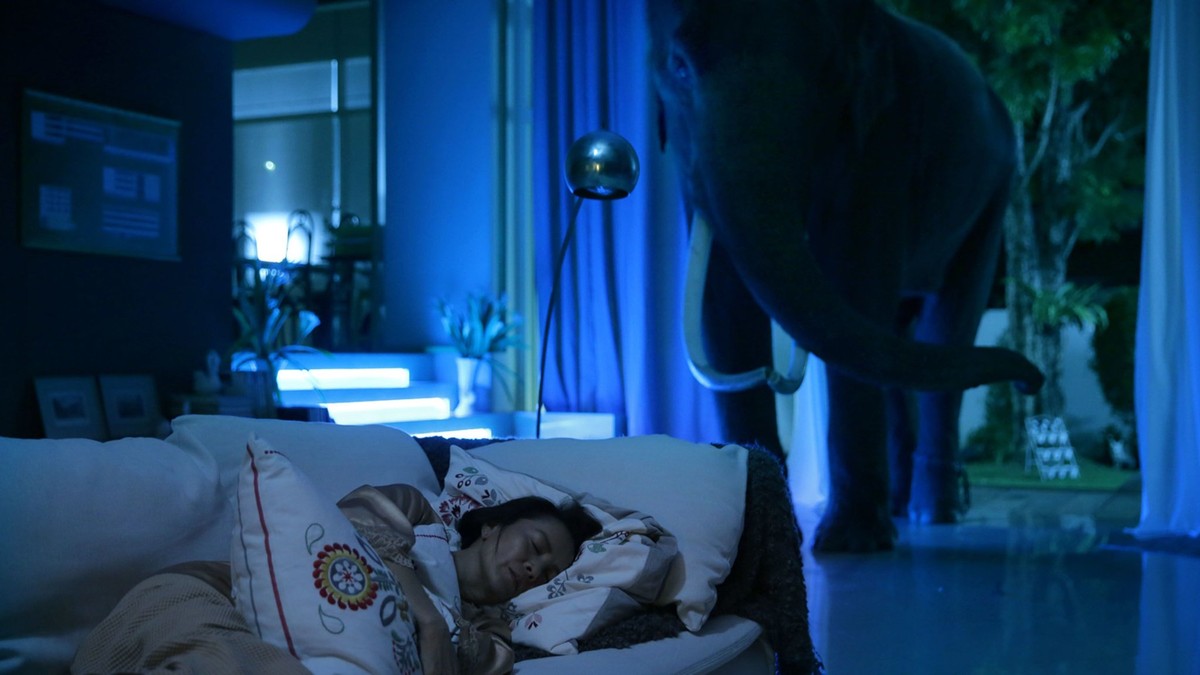