Woody’s Directorial Debut Steals From The Best, Makes It All His Own 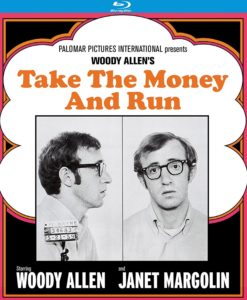 Woody Allen had done some writing for television and feature films directed by others, like The Sid Caesar Show (1958) and What’s New Pussycat (1965), and he’d done several years’ worth of standup comedy concerts, as well as guest spots on talk shows and the occasional game show, not to mention his two Broadway plays Don’t Drink the Water (1966) and Play It Again, Sam (earlier in 1969), plus his literary visibility as a writer of humorous essays for The New Yorker and other magazines, a successful conceit that stretched back to the mid-’60s and continued until very recently, his latest published in 2013. Point is, he’d already developed a fully-formed comic persona and people knew what to expect: a nervously intelligent neurotic with a penchant for the sexually perverse and a bottomless phylactery of sharp, absurdist, generally self-effacing jokes for all occasions.

So asking that persona to carry a feature-length comedy was zero risk. The movie is one of the progenitors of the mockumentary category, covering the life of fake bank robber Virgil Starkwell, played by Allen as a falsely confident nebbish with a woeful lack of criminal foresight and very breakable glasses. He finds himself in and out of prison, but always supported by his doe-eyed love, a laundress named Louise (Janet Margolin), so beautiful to him upon meeting that “after fifteen minutes I wanted to marry her…after half an hour I completely gave up the idea of stealing her purse.” There’s never really a story, but rather a series of vignettes that allow Allen to hang jokes for rapid-fire consumption, sometimes brilliantly (the oft-referenced “I have a gub” holdup scene) and sometimes not so much (robbing a pet store only to be chased out by an amok ape). 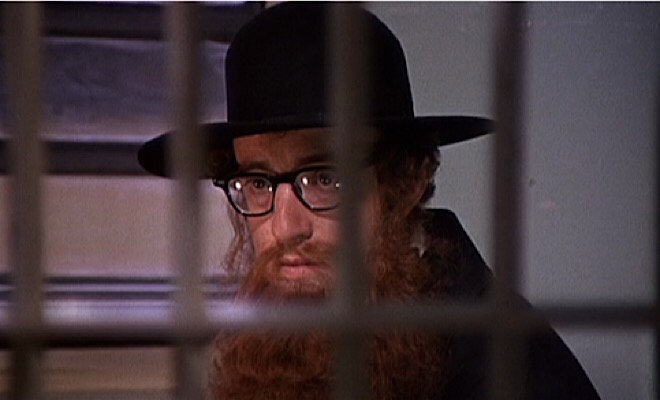 The humor runs the gamut of virtually everything Allen does well: verbal (ample voiceover from Virgil, who’s lied to Louise that he’s with the philharmonic…”She asked me about Mozart and she got suspicious cause for a minute I couldn’t place the name.”), physical shtick (trouble with switchblades, prison shirt-folding machines, etc.), skit-based (an entire scene of banal domestic bickering over showers and ironing on the day of the big bank robbery), conceptual (gets early release from prison by testing a medication with a side effect that turns him into a rabbi), and, of course, much of the humor is his typical psychology-based, analysis-based, and/or relationship-based humor, the kind that would be his stock-in-trade for the next 40-odd movies over nearly 50 years. It could be said that Allen’s canon is really a long series of the same themes stretched over a remarkable array of film styles and genres, each of which he reconstitutes in his own image: Bergmanesque morality play (Crimes and Misdemeanors), dystopian sci-fi (Sleeper), Kafka-esque parable (Shadows and Fog), wistful musical (Everyone Says I Love You), novella-like character study (Blue Jasmine), etc. But all of it loosely gathered under the banner: Fitful Intelligence Seeking Meaning. Our pleasure is watching him, or his many surrogates, squirming from joke to joke or insight to insight on a wave of cosmically-ordained nausea. 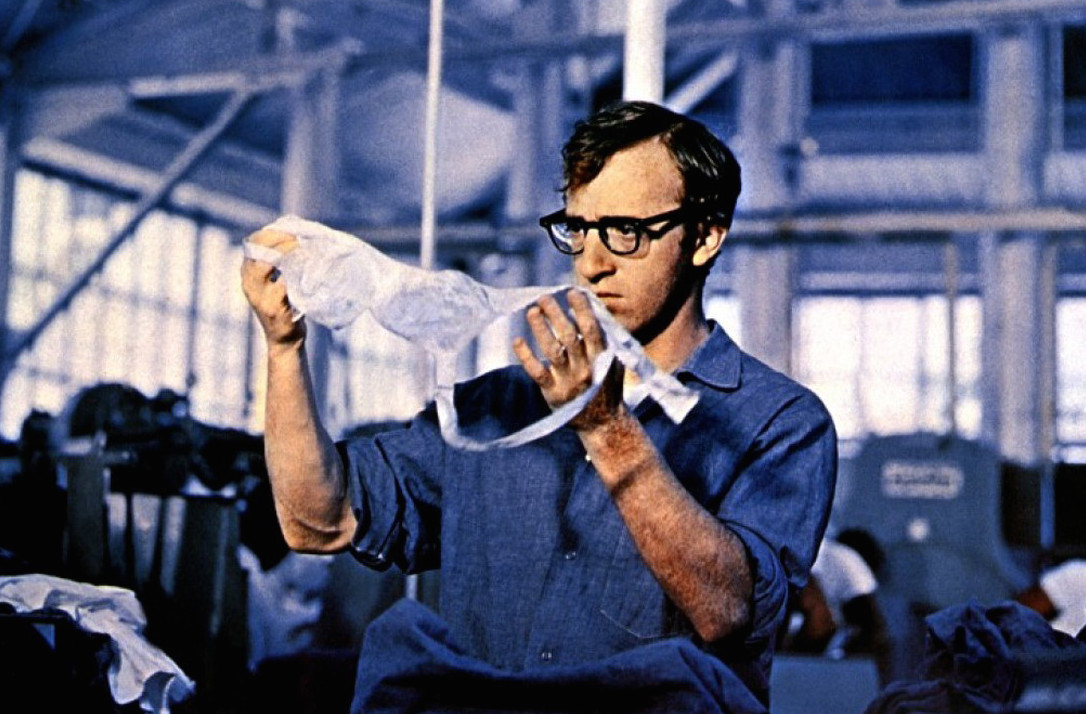 It’s fun to put Allen’s first real feature (I’ll never count 1966’s What’s Up, Tiger Lily? as his first feature to write and direct, despite the IMDb credit) alongside his later forays into the mockumentary column: a short for PBS that never aired called Men of Crisis: The Harvey Wallinger Story (1971), which is his harsh satire on the political cruelty of Richard Nixon wherein Allen plays the president’s Stephen Miller-like chief advisor who, among many other things, says with cavalier off-handedness, “We decided to bomb Laos for a very strategic reason – we were not happy with the way it was spelled.”; Zelig (1983), with Gordon Willis’s brilliant insertion of Allen’s psychologically disturbed “human chameleon” into a feature’s worth of 1920s-era photos and newsreel clips; and Sweet and Lowdown (1999), interspersing the talking-head interviews of jazz historians with recreated footage of Sean Penn’s fictional ’30s guitar-playing genius, Emmet Ray.

But Take the Money and Run isn’t nearly as sophisticated as any of these, pleased to simply be a generator of jokes. The entire thing is stitched together by brief interviews with old teachers, former lovers, psychiatrists, criminologists, and his own parents, so ashamed of their crook son that they wear disguise Groucho glasses throughout. But it’s better to say it was stitched together by editor-on-call, Ralph Rosenblum, who was sort of the Mr. Wolf of post-production during the era, rescuing comedies from the clutches of audience death with radical reconstructive surgery. After a few dead previews, Rosenblum recut the entire thing and encouraged a new score by relative newbie Marvin Hamlisch, until what it became was one of the most successful comedies of 1969. (Rosenblum also brought his skills to bear on later Allen works, including Annie Hall, which wouldn’t be called Annie Hall at all had he not refocused the story on her.

A movie like this doesn’t need one, but if there is a deeper theme, one that transcends “make ’em laugh”, it’s the common Woody Allen go-to “fantasy vs. reality”, the driving philosophical hang-up of so many characters populating his body of work. We see it overtly in Play It Again, Sam, Stardust Memories, The Purple Rose of Cairo, Crimes and Misdemeanors, Deconstructing Harry, Midnight in Paris, and a few others, but here at the beginning, it’s more subtle. We never see Virgil watching old gangster movies, but we know from his self-consciously cheap patter and his overly-bragging swagger that he’s seen them, and may believe himself to be in one of them. And the movie itself is a riff on ones we know Allen must have seen and loved: They Live By Night (1948), The Defiant Ones (1958), Cool Hand Luke (1967), Bonnie and Clyde (1967) – Allen’s original ending, excised by Rosenblum, actually had Virgil machine-gunned to death, a downer of a finale that I’m certain must still be the funniest bullet-riddling scene ever filmed.

That original ending, and any number of moments left in a pile at Rosenblum’s feet, would be thieving incentive for any Woody Allen fan, but alas!, Kino Lorber’s Blu-ray is like every Allen product to date: sans extras. While they’ve taken care to give us the best visual edition of the movie yet (though it’s fudged slightly, with the original 1.66:1 aspect ratio made to fit 16×9 televisions), there are no outtakes, no commentary tracks, no interviews. It’s a mandate from the man himself. But one can imagine the trove of goodies stockpiled out there somewhere. I’m betting there’ll be a day when fan demands will meet corporate action, and we’ll get some mega-disc of extras covering his whole career. It’s inevitable – even if we have to rob the vault ourselves. I’ll bring the gub.