BEHIND THE WHITE GLASSES – DVD Review 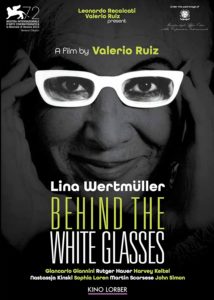 Filmmaker. Celebrity. Eccentric. But underneath all of that, who is Lina Wertmüller? In this comprehensive and engaging documentary about the famed Italian director, now eighty-nine years old and sporting hair to match her trademark white spectacles, filmmaker Valerio Ruiz seeks to answer just that question. To do so, he opts for a brilliantly enveloping music-centric approach – a score exotic, underlying, and sly – with a hint of darkness. Like the “Bacchanal” song Wertmüller is seen recording in a studio at the opening of film, “Bac Baccanale”, we will go bac, bac, bac, bac, to examine her life and colorfully provocative career.

According to lofty critic John Simon, Wertmüller is one of only two female directors to ever have been worth a high-end hoot. The other is none other than Leni Riefenstahl (Triumph of the Will). Notorious company, to be certain, though Simon, a fan through and through, clearly intends no associative slights whatsoever. However large one’s own collective of Great Female Directors, Wertmüller undoubtedly ranks – assuming one has had the opportunity to experience her work.

Behind the White Glasses is lushly photographed and brimming with low-level sensuality.

Following closely on the heels of a well publicized seven-film theatrical retrospective (which also included this documentary), Kino Lorber is now releasing several of the featured titles to Blu-Ray. Those titles, available around the same time that Behind the White Glasses hits DVD, are some of Wertmüller’s strongest and most well known: her biggest U.S. hit, the erotic island-based two-hander Swept Away (1974); her most acclaimed film, the concentration camp centric Seven Beauties (1975), for which she earned the distinction of becoming the first woman ever nominated for a Best Director Academy Award; 1986’s sexy class-clash comedy Summer Night, and 1999’s historic comedy Ferdinando and Carolina. Swept Away and Seven Beauties are particularly well covered in Behind the White Glasses. 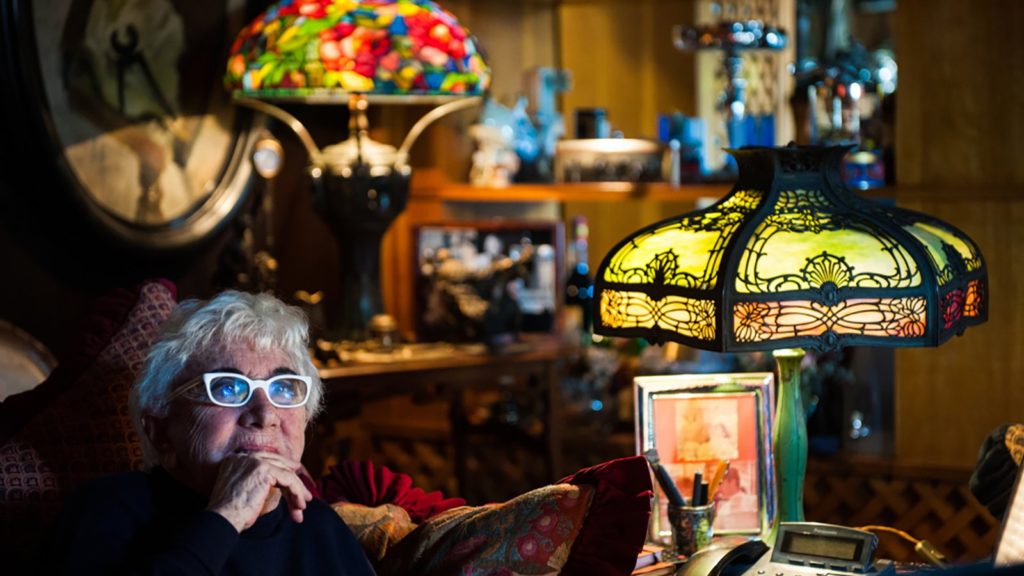 Throughout the documentary, numerous acquaintances, friends, fans, peers and collaborators appear to discuss Wertmüller, her films, and her methods. Among them are Martin Scorsese, Harvey Keitel, Giancarlo Giannini, Sophia Loren, Rutger Hauer, Natassja Kinski, and, in archival interviews, her late frequent leading lady, Mariangela Melato. For all of their astute and informed observations, there is nevertheless a lingering reality that Wertmüller is someone too complex, too self-crafted, too diversely introverted, to ever truly know. Yet, she’s also non-elusive enough to actively participate in this documentary and all of its interviews and orchestrated moments.

It helps that she shows off her ornate homes, bearing an antique coziness, full of stained glass light fixtures and well packed bookshelves. The single volume she chooses to pull down and thumb through? A beautiful, oversized compilation of Flash Gordon comic strips. She lights up at the fantastically vibrant renderings, calling the work of creator Alex Raymond “awesome”. It’s worth noting that early in his own career, a young Federico Fellini was employed to provide Italian language translations for Flash Gordon strips. Wertmüller began her own career as an Assistant Director on 8 1/2.

Her first film, a black and white street chronicle made with Fellini’s 8 1/2 crew, The Lizards, is a portrait of living in the south of Italy “as valid as any sociological study”. That is, according to sociologist Domenico de Masi, one of the interviewees for this film. 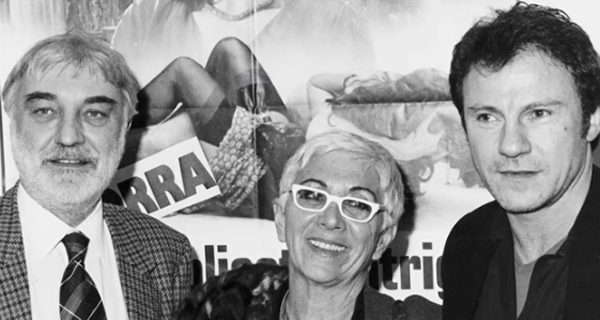 Behind the White Glasses is lushly photographed and brimming with low-level sensuality. Tiffany lamps are all over, dressed into every interview. Colorful yet carefully managed, classy but also arbitrary. Somehow though, they’re the perfect bit of sharp set dressing. A quite inspired and well-realized aesthetic, all in all.

Although Behind the White Glasses is a celebration of Wertmüller, not everything that is said is glowing. Rutger Hauer, turning up briefly in the film, dismisses the project he did her as “watchable”. Sophia Loren diplomatically tells of Wertmüller ordering her makeup redone in a garish way which the actress hated. Aforementioned super-fan John Simon mentions not being fond of any of her later work. Stories are told of her being rough, sometimes physically rough, on actors. For all of the dittering eccentric charm Ruiz imbues her with, her frankness and crude streak cannot be ignored. One comes away from Behind the White Glasses wanting – needing – to see all of Wertmüller’s films, but, like so many other great directors, perhaps glad to have not worked alongside of her on them.

But what of that spark, that bold yet impish side? Is that not something magnetic and radiant? Wertmüller explains her own self-proclaimed duality as the result of bearing “two souls” – one of musical/comedy, and another of heavy-laden social consciousness. It’s the clash, collision, and copulation of these “souls” that imbue her cinema with such resonant life and tension. 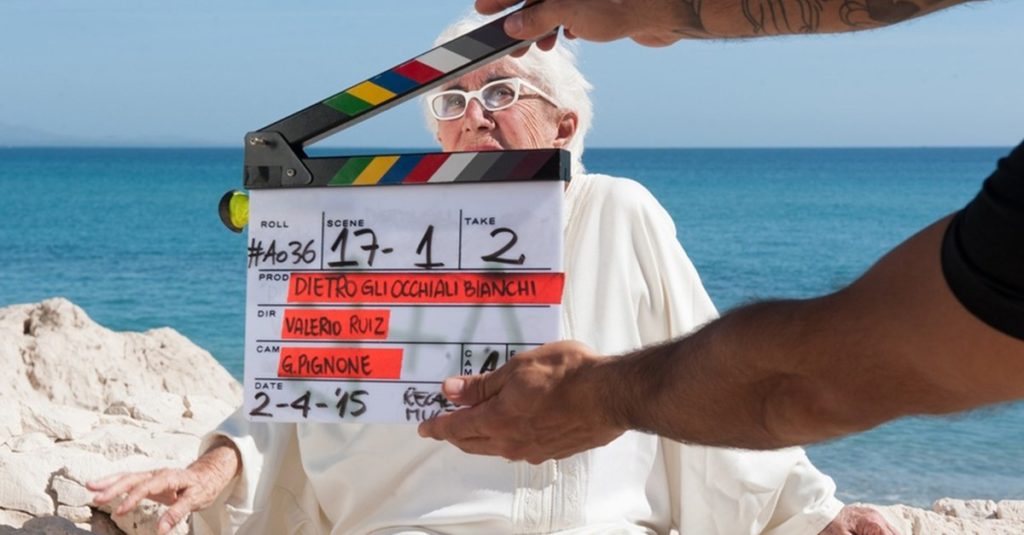 The only DVD extras are a handful of mini-documentaries about making the documentary proper. Considering that much of Behind the White Glasses is about the making of Wertmüller’s films, it quickly becomes a meta rabbit hole for anyone so inclined. Each mini-doc is only four or so minutes long, detailing Ruiz’s small crew and some of the challenges they faced in production. The film looks and sounds remarkable, particularly for standard resolution DVD.

A fiery flurry of Fellini, Flash Gordon and fun, Behind the White Glasses ultimately communicates Wertmüller’s lifelong adoption the famous final line of that early filmmaking experience for her, 8 1/2: “Life is a party. Let’s live it together.”