A Look at the new Blu-ray Release 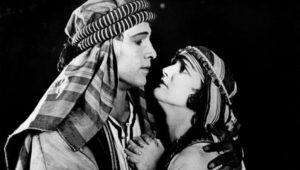 Diana is a liberated woman who wants independence. Ahmed is an Arabian prince who is renowned for his wisdom and is obeyed unquestioningly. The drama in inherent to be sure, but it’s difficult to frame as a question without being 90 years more cynical. “Will Diana let Ahmed into her heart?” or “Will Diana be forced into love by rape?” And, of course, “Will Ahmed learn to live with a strong willed English girl and give up his desire to be obeyed instantly?” versus “Will Ahmed bring Diana a case of Stockholm Syndrome coupled with the well-worn trope of ‘the noble savage’?”

The Good, the Bad, and the Ugly

It is certainly true that tastes change. Without excusing away the cultural missteps of the film, I’d like to suggest an interpretive framework through which the film can be viewed and still enjoyed.

Since the beginning of film, foreigners have tended to be labeled as ‘bad.’ The exotic is simultaneously interesting and repulsive to many, even down to the present day. To an early 20th century American audience, a gaff such as having the Arabs gamble (though the Koran forbids this) is designed to make them more exotic. To some, it will make them seem interesting; to others, the Arabs will seem Godless. But the appeal, if one may call it that, is in the exotic setting. The writers need the audience to align with Diana; if they do not, the premise of the film—that love between an Englishwoman and an Arab man is forbidden—falls apart. If the Arabs are too much like a teetotaler in the Midwest, Diana becomes the exotic character instead of the Sheik—thus turning the drama on its head. 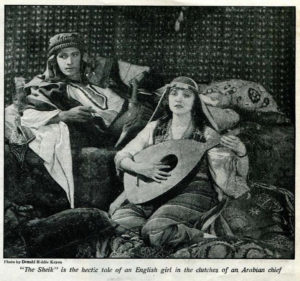 Even the depiction of the hero is more nuanced than one might assume at first glance, however, since Ahmed’s education in Paris makes him a more sympathetic character than the native who leads Diana into an ambush. In the film, he is the ‘other’ in every sense of the word. But nuance isn’t really what this movie is about. There are, in the end, nice foreigners and naughty ones. And sometimes the nice ones do naughty things.

Much of the film’s interest lies in the looks of its star, Rudolph Valentino. Later roles such as Cobra (1925) would allow him to explore situations in which his physique doesn’t act as a player in the story. For now, most of the Sheik’s attraction rests in his body. A fun game I sometimes play is this: if the lead could’ve been played believably by Lon Chaney sans makeup, the movie probably stands on the story. If Chaney would be laughable, it probably rests on the hero’s looks. The famous scene where Valentino intercepts Diana (played by Agnes Ayers) as she’s being pursued by a treacherous horde of villains is a prime example: what woman, in modern times, would be instructed by a man “Lie still, you little fool” and follow his instructions? What sways her? His animal magnetism, of course, with wide eyes and flaring nostrils to boot. 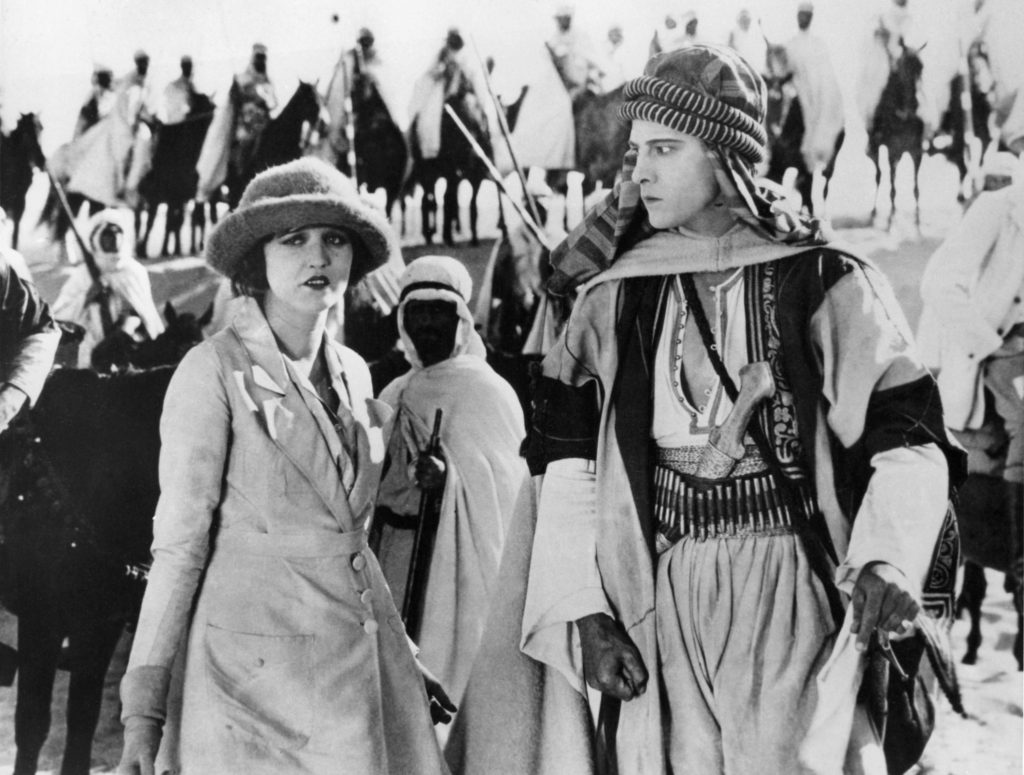 But why would a woman who likes her independence so much cave so easily to the whims of a ‘savage’? It would seem the underlying message here is that every woman needs a man—something that seems laughable on one hand and is vigorously preached on the other hand by shows like Sex in the City and the dating habits of most people in America. Perhaps the ideas this film peddles aren’t as far in the rearview mirror as we’d like to think, nearly 20 years into the 21st century. In any event, Ahmed is less ‘other’ than Diana assumed and start a life together.

Regarding acting, Valentino and Ayers are poorly directed and the resulting performances leave much to be desired.

Here’s how the film can be enjoyed: when the ideal is being paired off and you get some exoticism thrown into the mix, this film delivers all one could reasonably hope for in a grand style. Complete with allusions of sex, real violence, and yearning for companionship in both the hero and heroine—and on all levels, not merely on a sexual one—this film is the real deal. It is full of tropes and odd bits, but it is a charming piece of cinema nonetheless. The scene in which Valentino weighs the possibility of sex with Diana and stares into the camera, breaking the fourth wall is simply marvelous and across his face marches the cascade of emotions that so often accompany moral dilemmas such as his. The framing of the shots has the touch of a painter and lends a lot of dignity to the film. And Valentino, for all his hamming in this film, demonstrates his star quality by keeping the audience engaged. 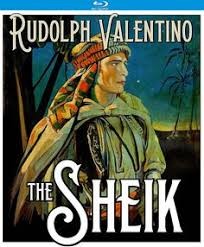 Paramount Pictures has authorized this transfer in an agreement with KINO LORBER. The print is a compilation of at least 2 sources. Many of the intertitles seem to come from a 16mm print though much of the film seems to be preserved in 35mm. The color-tinting is pleasing to look at—not too pale, not too garish—and the detail on freeze-frames is impressive. This certainly isn’t the first time The Sheik has come to home video, but it’s certainly the most impressive to date.

The commentary, provided by Gaylyn Studlar is extremely insightful. I learned a lot and felt as if I was having a chat about the film over coffee with a very knowledgeable conversation partner. 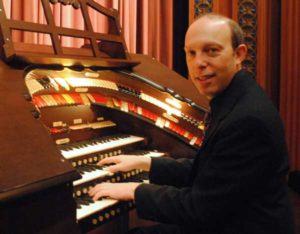 The theatre-organ score, performed by Ben Model, is interesting and follows the moods of the film perfectly. He utilizes the tune “Kashmiri Love Song” just enough to keep things interesting and anchor the action in the song that weaves its way through the film. Model’s composing style is richly informed. Different scenes sometimes require a change of key; unfortunately, some theatre-organ accompanying falls into the trap of “everything is in one key or its related minor key.” Ben doesn’t fall into this trap; his accompaniments make for interesting listening by themselves—they are the product of a fertile, versatile imagination and, as I am myself a composer and musician, I take pleasure in listening to him.