With All Hands On Deck, Jerry Lewis Vehicle Floats, But Won’t Sail 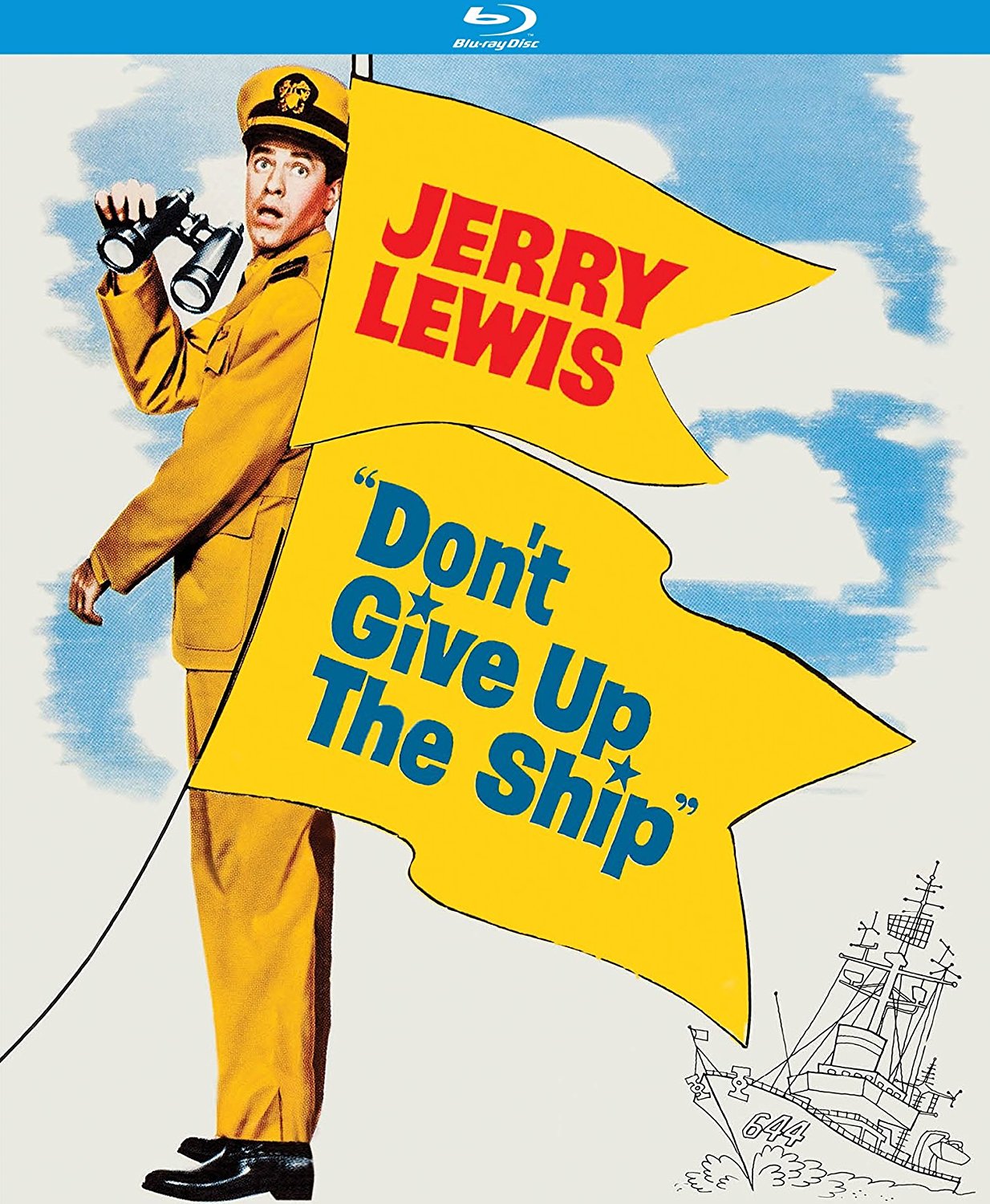 These early, post-Dean Martin movies, while never without their funny bits, also never fail to struggle against that crucial missing piece, and Jerry always seems a little lost, even visibly lonely, his vast energy probing for something worthy to throw itself against. In this movie, for good example, his constant solo mugging to monolithic authority figures, who feebly stand in for the frustrated guardian that Dean was, often feels incomplete, like Jerry’s waiting for the nod of a longsuffering friend rather than the fist-to-desk reprimands he gets. Jerry’s flailing dumfoundedness, always big, always spilling over a bit too much, just like a child’s, was never as soothingly corralled or un-mean-spiritedly repelled as with Dean’s straight-man hang-dog — Dean’s patience became our own, and we were able to laugh at Jerry because Dean loved him, always invited us to put a warm hug around even the shrillest of Jerry’s fits.

Without Dean we’re left to stand next to Jerry, hoping his antics are understood by those we encounter in the film, but not quite sure we understand them ourselves. His brand of chaos isn’t like, say, the Marx Brothers, each of whose every move is a brightly caricatured but deliberate desire to attack pomposity of all kinds. The Marxes ask, “Doesn’t our presence here reveal the true shallowness of the venue?” while Jerry asks, “Isn’t it funny that a guy like me is here in this venue at all?” And it’s not like the Three Stooges’ brand, wherein the boys seem forever wanting to absorb into the normalcy around them, trying to live up to someone else’s expectations of who they’re supposed to be (a plumber, a musician, a doctor, etc.), so that the comedy comes from them being too much the reflexive slaves to their own eventual, dumb solipsism. 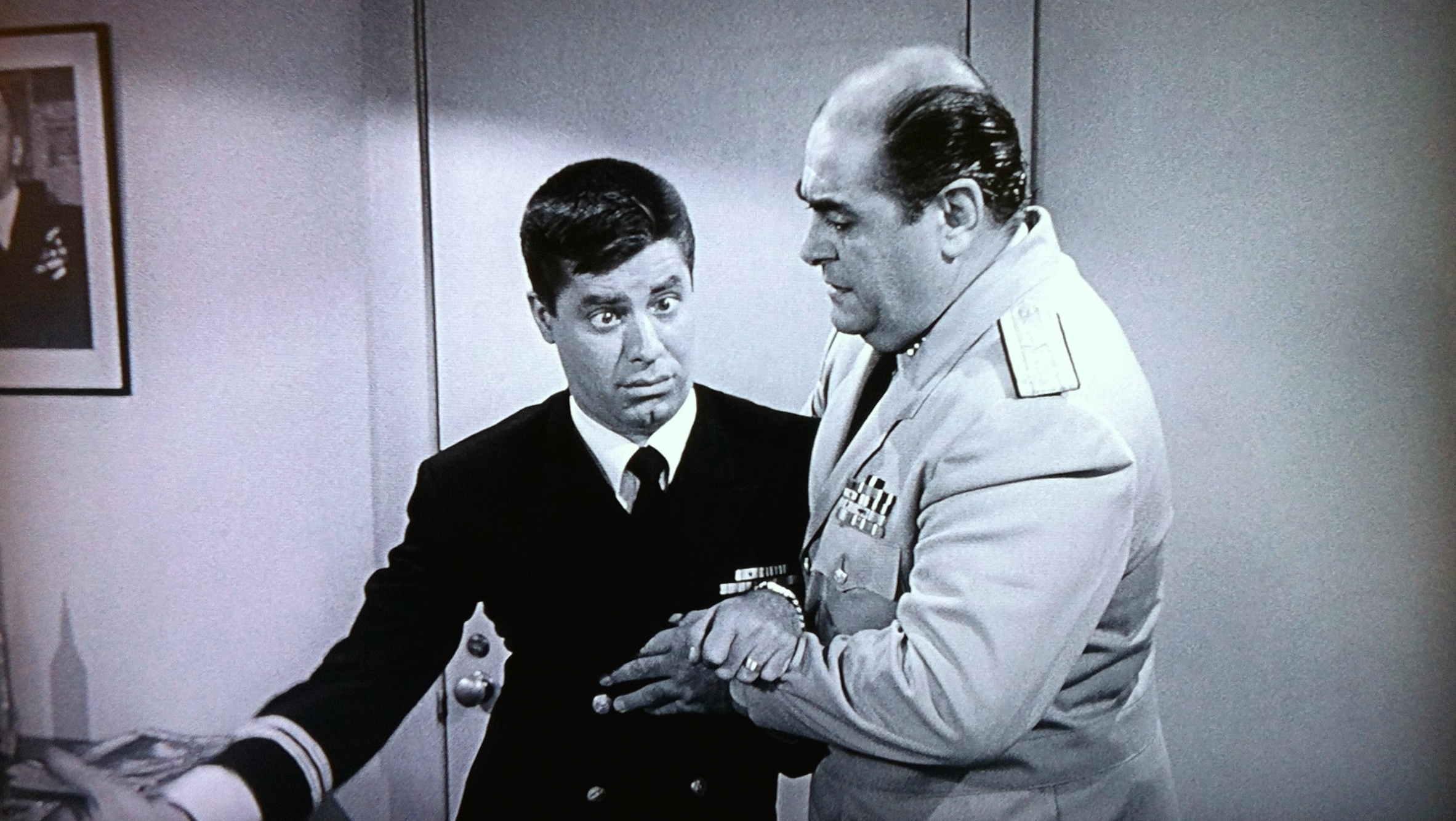 Apart from all these, Jerry’s brand, in these early solo movies, seems only content to provide the simple joy of watching a mutant anomaly drifting through typical comedy settings jolt-reacting to stimuli for its own sake — a brand that doesn’t seem to have an agenda beyond what we see. In this way, there’s a straight line from Jerry to maybe Rowan Atkinson’s Mr. Bean, or, more famously, Jim Carrey’s Ace Ventura, though Ventura’s freely and constantly ebbing misanthropy informs his best comic forays, seeming to point (but possibly not) to nothing less than a takedown of our exact point in history. All this is to say that, without Dean at Jerry’s side, all of this random, unmoored meaninglessness seems even more so when Jerry’s in that big frame all alone. And if not constructed with that in mind, any bit is left to do not much more than make you cringe. 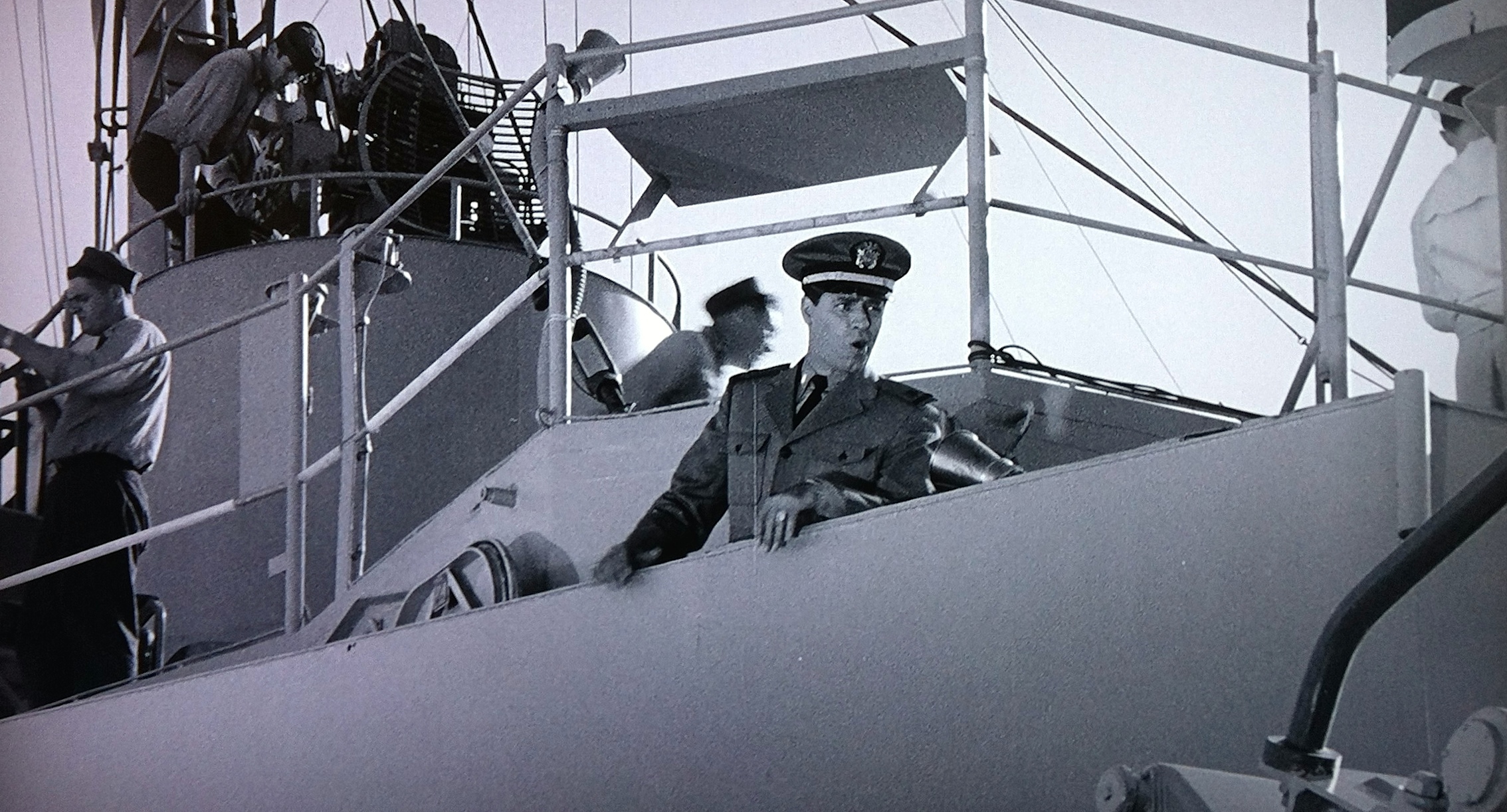 You’d think this would all be assumed and addressed by the movie’s director, Norman Taurog, a veteran of a number of Martin & Lewis movies and a couple of the first solo projects. Before that, he directed quite a few Judy Garland and Mickey Rooney movies, and after, quite a few Elvis movies. For a guy so rooted in musical films, his direction here, and in the other Lewis movies, doesn’t show any flare for the jazz at the heart of the silliness, with shots that look like what you’d find in something as simple as an I Love Lucy episode. And they certainly don’t inspire laughter in the way the great Frank Tashlin’s direction does — Tashlin, whose name is also on a handful of Martin & Lewis and solo Jerry films, had been a cartoonist and seemed to hook his style naturally into Jerry’s exaggerations, allowing his comic movement to radiate outward into a mise-en-scene that aligned with that cartoon sensibility.

But under Taurog, there’s an unfortunate leaden quality to the movie, owing partially to his missing the battleship-sized comic opportunities, but possibly to the fact that it’s trying to be an actual movie instead of a series of vignettes. Jerry, at this stage in his career (the “searching for a solo rhythm” stage), belongs in set pieces, a tight constriction of rules that he simply can’t follow — the apotheosis of which finally came with Jerry’s own self-direction in movies like The Bell Boy (1960) and The Errand Boy (1961), while the greatest of the Jerry-in-a-real-story movies, also self-directed, is The Nutty Professor (1963), which is a tellingly clear effort on his part to exorcise the Dean demon from his jilted psyche (that, or meld with it irrevocably and eternally). 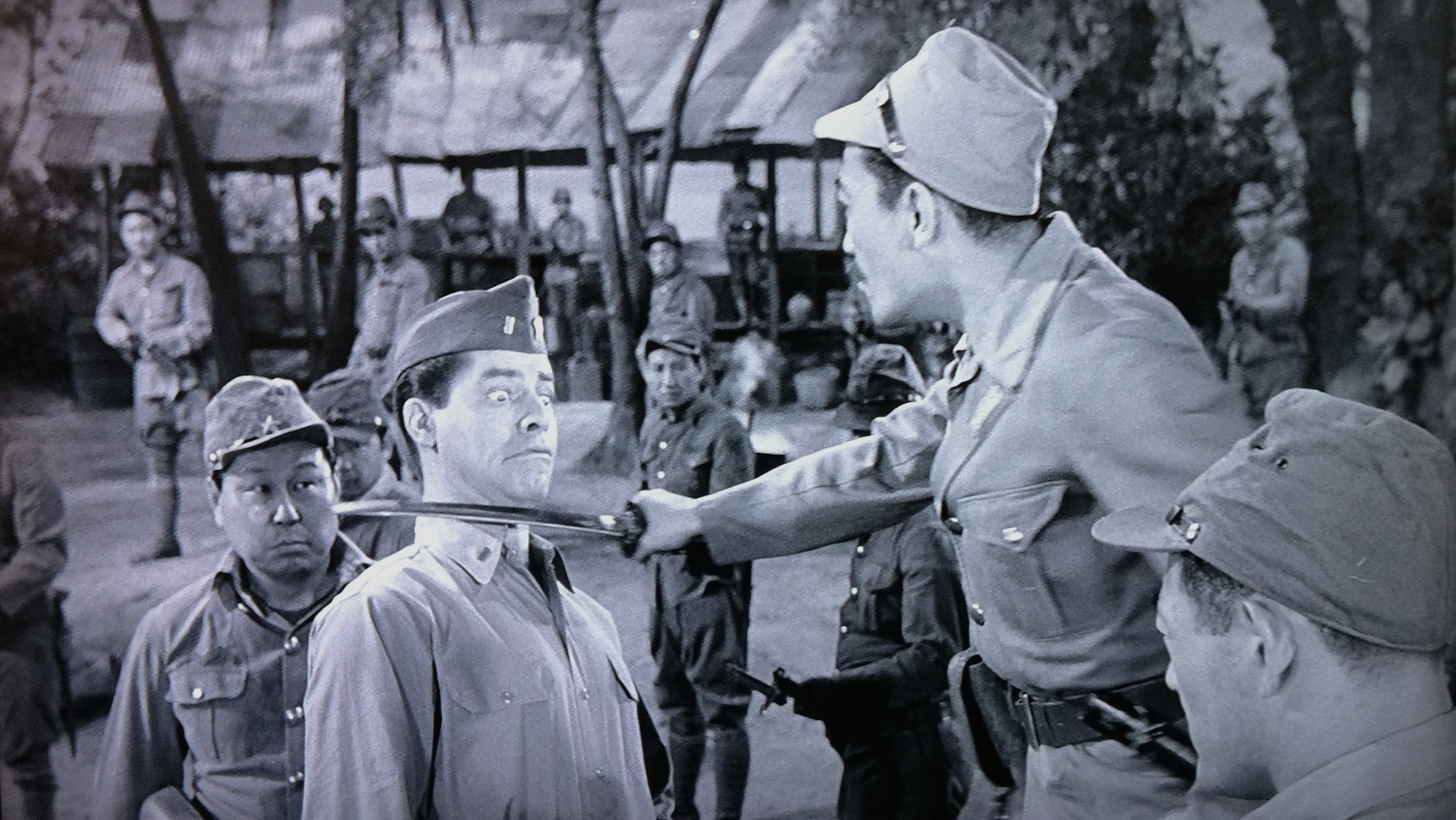 But Don’t Give Up the Ship is hampered by its being based on a real incident, so there’s some groping toward story fidelity that gets in the way of free play. Worse is the necessary assistance of the US Navy to get the movie made and the resultant feeling that so much more could have been done funny wise but for the Navy looking over the production’s shoulders. Add to even this a too-often dip into the tone-deaf end of the comedy pool — some egregiously stereotyped Japanese soldiers and some romping about in double-entendred sexual mores in a train’s sleep compartment, both incidents well past their sell-by dates by 1959 — and you’ve got a potentially good Jerry Lewis nautical vehicle stuck in a 90-minute sandbar.