A cast of superhero film alumni try to help a young math prodigy be “super”. 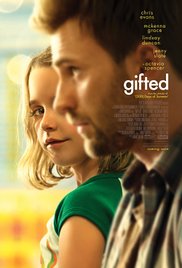 Before the albatross that was The Amazing Spider-Man (parts 1 and 2) was put around the neck of Marc Webb, he had just delivered the achingly beautiful 500 Days of Summer with Joseph Gordon-Levitt and Zooey Deschanel. His foray into the superhero world was a mixed bag, however, that came crashing down on nearly everyone involved (except Emma Stone). This is particularly true of Sony who has since scrapped their plans for a Sinister Six film and “Spidey-Verse” that was to compete with the likes of Marvel Studios’ bloated MCU.  Instead, they took their Marvel property back to Marvel studios and worked out a way for their studio’s Spider-Man to join the world of The Avengers and are now about to launch their Spidey 3.0 solo film.  Marc Webb, has left his path into the big, loud, tent-pole type films, and has journeyed back to more grounded, and heartwarming, fare with his latest film, Gifted.

Speaking of Marvel superheroes, Captain America himself, Chris Evans, stars as Frank Adler, an independent contractor who fixes boats outside of Tampa, Florida.  It is there that he is raising his young niece Mary (McKenna Grace-who also starred in a Marvel TV movie, Marvel‘s Most Wanted), who might just be a child prodigy in the world of math.  Mary is about to start school, yet has no desire to be around other kids her age. Her best friend is an adult neighbor named Roberta Taylor (Octavia Spencer-who, in addition to winning an Oscar, amazingly had a bit part in 2002’s Spider-Man!).  Frank wants desperately for this young girl to have a “normal” childhood with friends, laughter, girl scout meeting, and all.

Gifted will pull at the heart-strings and cause you to wrestle with the notion of what is truly best for this child. Should she be allowed to simply “be a kid”, or should she be given every opportunity to challenge herself and develop her special ability to its full potential?  There are no easy answers, and Gifted doesn’t shy away from depicting the plausible consequences of such family dysfunction. 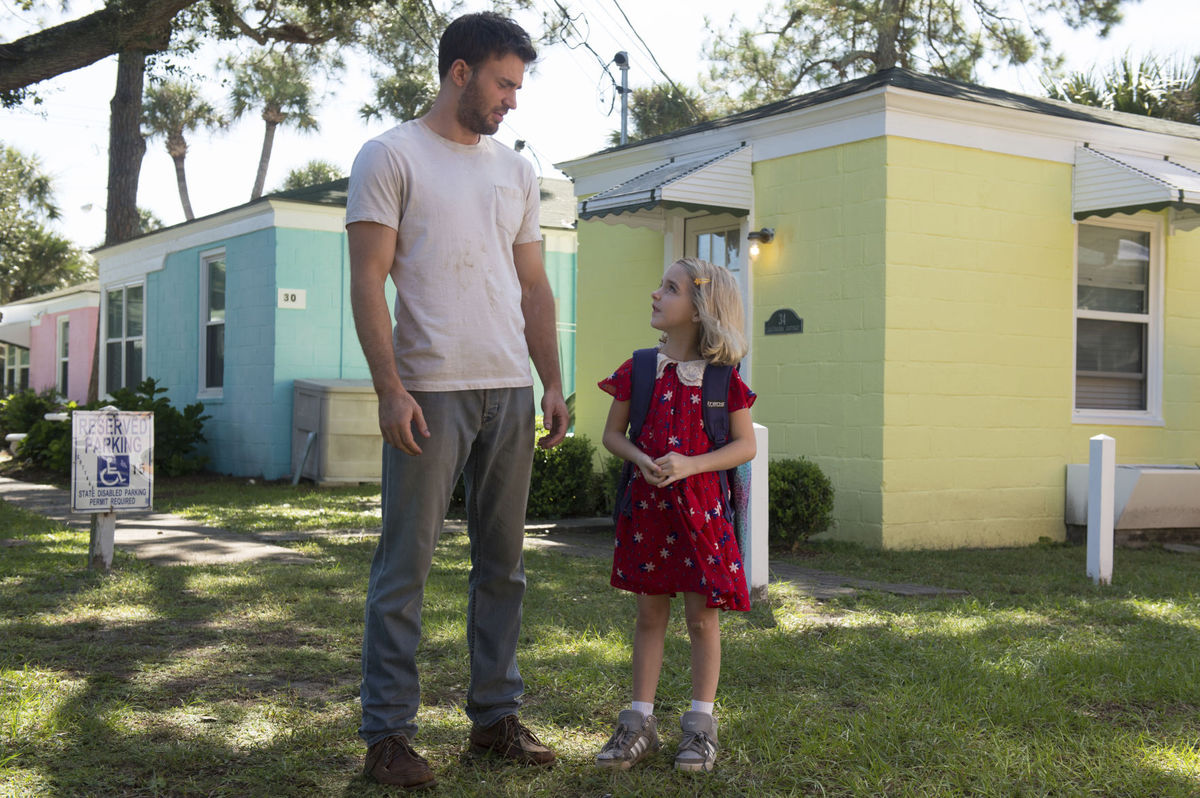 Her first day of school is hilariously awkward as she can’t believe they are covering math items such as 2+2=4, and she is not afraid to show her disdain openly, despite her promise to Frank to fit in and not draw attention to herself.  She does draw the attention of her teacher, Bonnie, played by Jenny Slate (Obvious Child-who has a superhero connection providing the voice of Harley Quinn in The Lego Batman Movie)  who desires to challenge her and see just how smart she is.

On the surface, this could easily be an inspirational film about a young girl who has the support of her teacher, who pushing her to accomplish great things while experiencing a couple of set-backs along the way that only help add to the development of her gift.  Instead, Marc Webb, with the screenplay of Tom Flynn, create a touching, and sometimes heartbreaking film of a family who has been torn apart by the suicide death of Mary’s mother and Frank’s sister by the same pursuit of math that everyone besides Frank, Bonnie, and Roberta are trying to push on Mary. 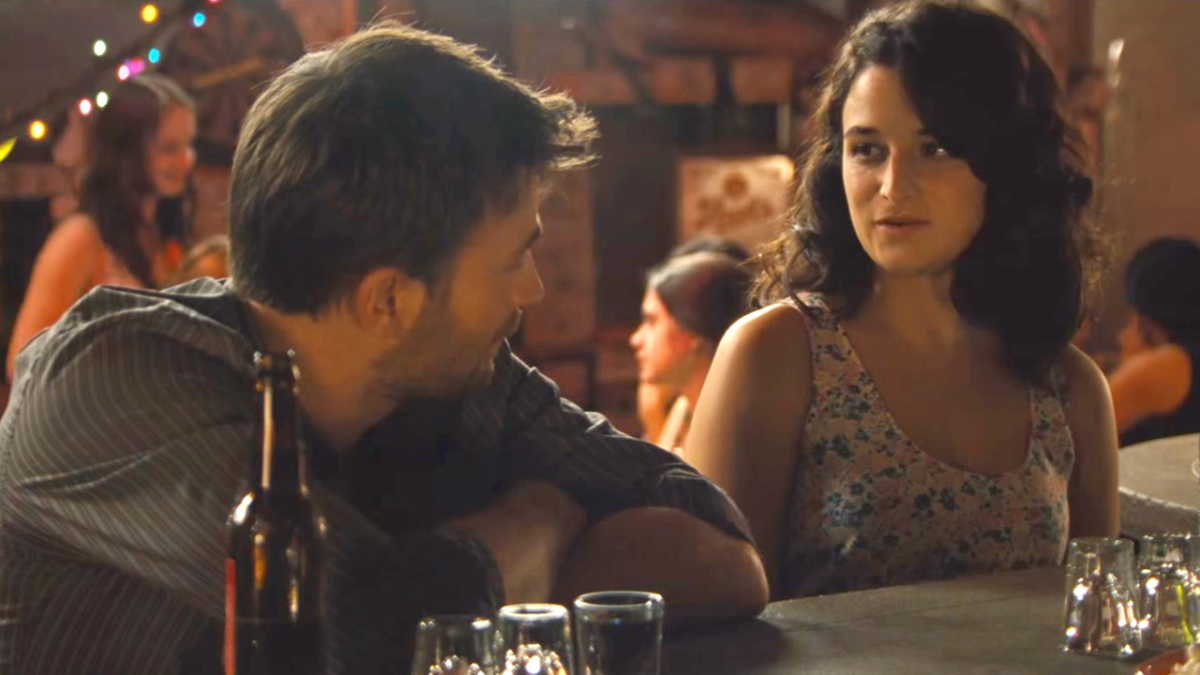 Leading the charge for Mary to be taken from Frank’s care to pursue her God-given talents as a math prodigy is Evelyn (Lindsay Duncan-who has no Superhero film credentials), Mary’s grandmother.  Frank is estranged from his mother, Evelyn, a British mathematician who guided her daughter’s life with an iron fist, pushing her to go further in hopes that she would solve one of the top 7 unsolvable math equations in the world.  Though Evelyn has not seen Mary in 7 years, since she was a baby, Evelyn sees the same gift that her daughter had and wants desperately to help Mary fulfill her gift.  Really, she longs to help Mary so that she can also save the legacy of her daughter by solving this math equation through her granddaughter, Mary. 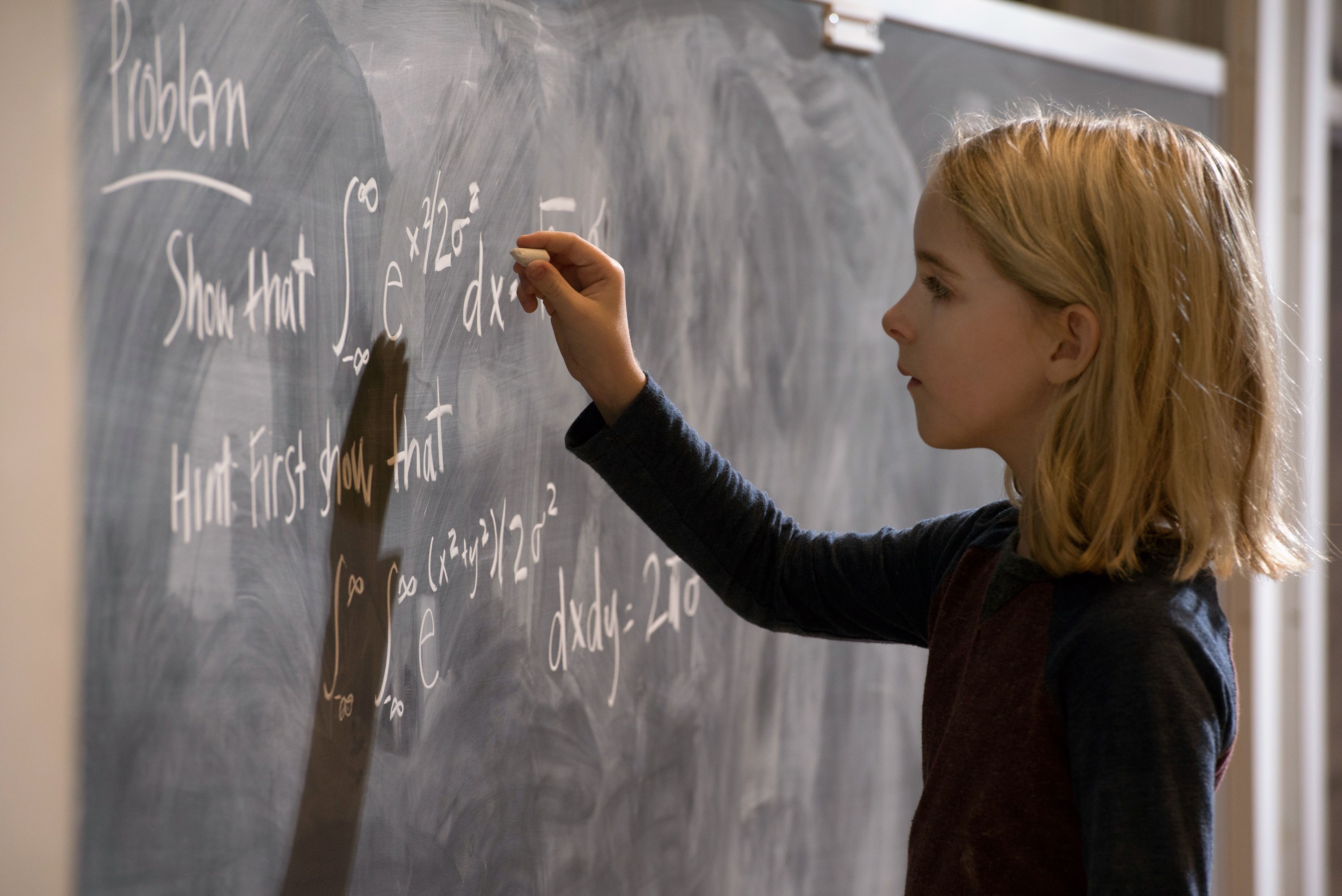 The film then becomes more about the dysfunctional family dynamic resulting from the fallout of Mary’s mother’s death, and the ensuing court battle over who will have guardianship over Mary, since Frank just assumed that role following his sister’s death.  We also get a chance to see why Frank, who is equally as brilliant as Mary and his late sister, has relegated himself to simply fixing boats, when his training and previous vocation was quite different.

Gifted will pull at the heart-strings and cause you to wrestle with the notion of what is truly best for this child. Should she be allowed to simply “be a kid”, or should she be given every opportunity to challenge herself and develop her special ability to its full potential?  There are no easy answers, and Gifted doesn’t shy away from depicting the plausible consequences of such family dysfunction.  That being said, much of this is played up for dramatic effect, and hits many familiar emotional beats as other films that deal with guardianship, such as Black or White, which also starred Octavia Spencer, along with her Hidden Figures co-star, Kevin Costner. (As an aside, every actor I’ve mentioned that has had superhero film credentials tries to help this girl “be a kid” while those that don’t seek to push Mary to develop her abilities at all cost.) 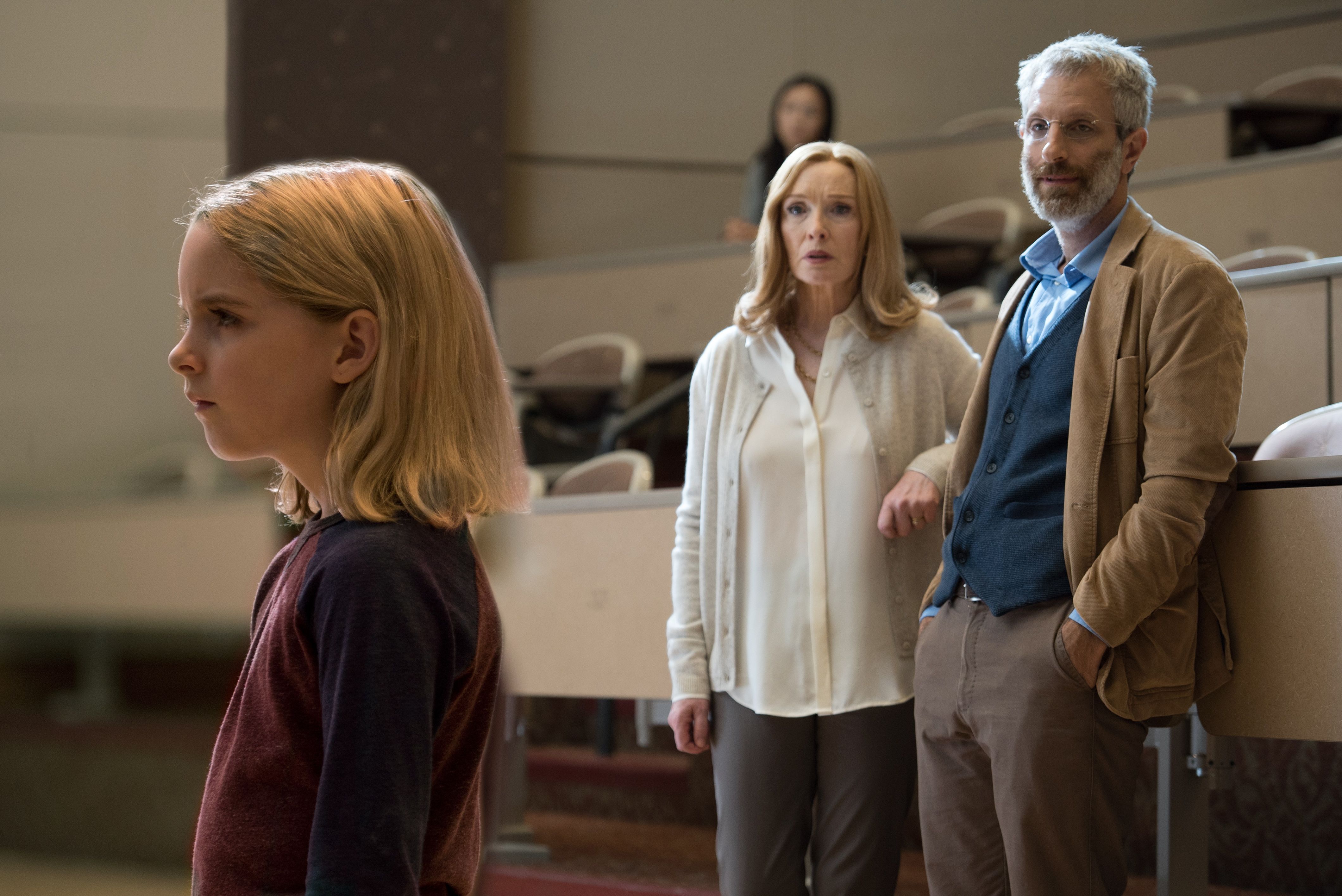 Gifted is a solid small film that re-establishes Marc Webb in the kind of stories that his directing style is best suited for.  Should he ever seek to go back to large tent-pole style films, hopefully it will be with a character-driven story at the heart of it that he does so well with.  As this film competes later this week with the ultra-loud, revved up eighth Fast and Furious film, Fate of the Furious, it will be a good reminder that despite a cast well-versed in those type of large summer blockbuster and Superhero films, that the true heroes are those who sacrifice themselves in the small, quiet details of life, such as seeking to help a little girl navigate her world that balances her gifts with her developmental needs.  Such stories happen all around us everyday, and a film such as this can remind us of the impact we can have in our everyday actions.  We are all trying to find a balance. This is a profound truth, and in a heart-filled, math-based film, it just adds up. 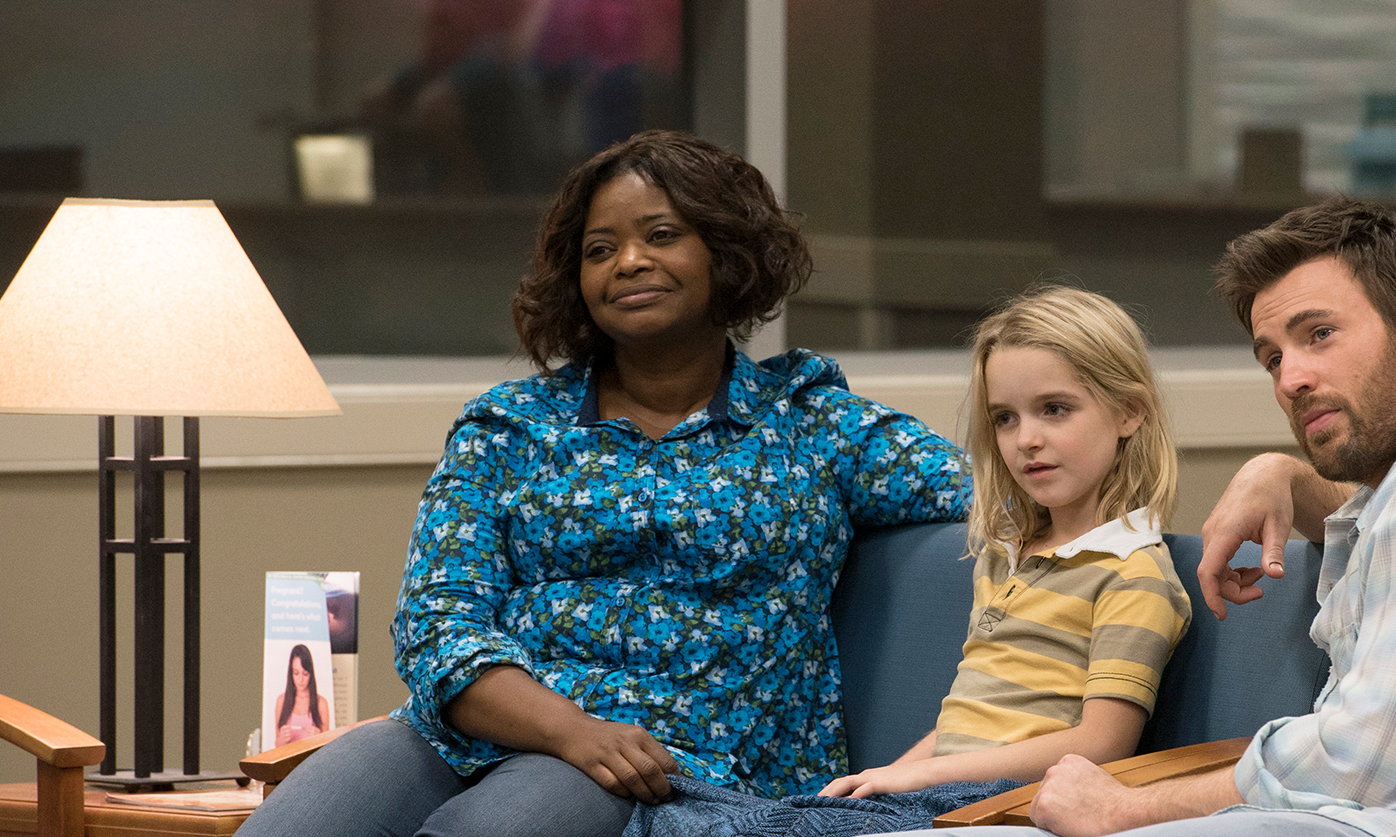