Bosch Paintings More Than Ready For Their Close Up, Even If The Doc’s Too Small 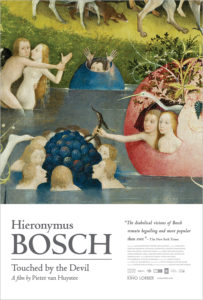 This documentary-lite follows several scholars from the Noordbrabants Art Museum in Den Bosch, Netherlands, who want to mount an extensive exhibit of Hieronymus Bosch’s work upon the 500th anniversary of his death, but must collect paintings from several quasi-reluctant museums across Europe and America. As a personal memento for safekeeping by those involved, this is a reasonable documentary. It bread-crumbs the step-by-step of their journey through the bureaucracy inherent in such an endeavor. But as a documentary for a broader audience it falls far short of the engaging mystery at the heart of its subject. Bosch painted some generally placid but deeply idiosyncratic depictions of religious scenes along with some highly-detailed landscapes, but, most famously, he created a series of nightmarish images of hell populated with mutated and recombined animals that shred and consume humans, grind them through a charnel house of vices and temptations only to spit them out onto vast battlefields of twisted, pre-Freudian waste. These are visions so singular in the history of art that one coming to this documentary, even someone versed in his work, might enjoy some background thoughts, theories, or even a wild guess or two as to how the man’s mind ticked. At one point someone even asks, “Where do all of these amazing inventions come from?” But the question is left completely packed, and the viewer is left to wonder if he’s being put through a grinder of Boschian torture themselves.

The mind of the man isn’t the only thing left unexplained. Specialists are shown cleaning one of the artist’s 500-year-old paintings, but we’re never told how one preserves such delicate material like this through the process. Watching an art technician leaning into an ancient work of art with what looks like a wet Q-tip is this movie’s version of suspense. Later, there’s potential drama when the historians decide to exclude a well-known Bosch painting, “The Seven Deadly Sins”, from the exhibit when they conclude it’s not actually by him — a major moment in art history, one would think. But we’re never shown A) the reaction of the broader art world or B) the specifics of their reasoning as to just why it’s not his. There’s some low-energy chatter on all of these topics between the moments of simple recitation of the next step in the journey, but Bosch’s shocking images are too often left to speak for themselves, leaving the documentary to edge toward irrelevance. 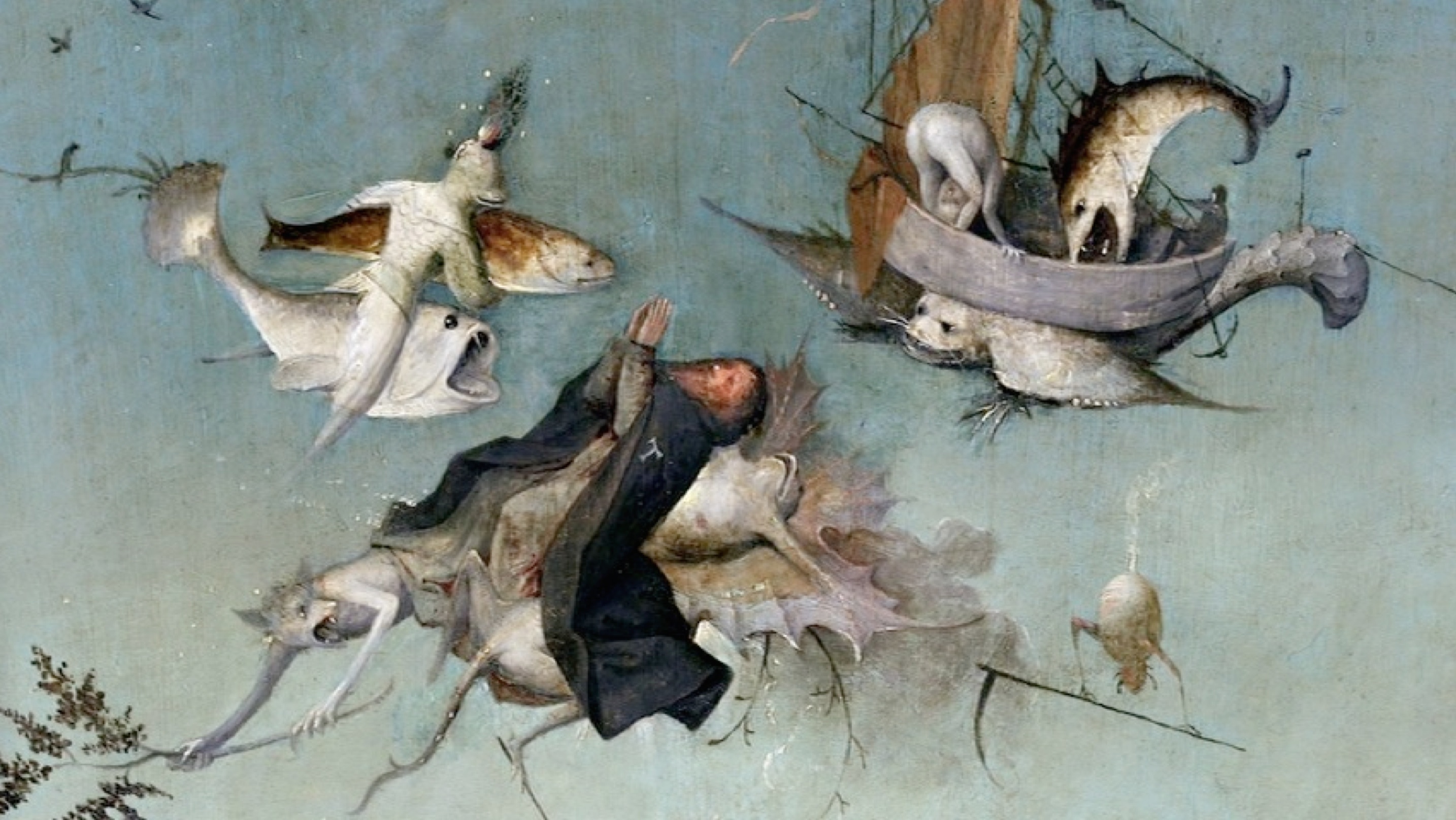 That said, what the documentary gets right is the loving, close up photography of the work itself. Our heroes, on a worldwide jaunt to rustle up agreements to have various paintings shipped to them for the exhibit, wield high-res and X-ray photography cameras and return with amazingly detailed renderings for study. We gaze upon the bizarre and serene alike with a clarity normally unavailable to the layman. Unfortunately, what we also get is what can un-cynically be called “filler” — shots of this or that historian peering at the work for moments that linger far too long. It’s almost like there’s missing narration. Without more fleshed-out context, moment to moment, the movie floats, and our minds wander. Further, there are several moments just shy of cringe-worthy when our experts are asked about Bosch, their research, the “center of gravity” of their search, and other questions of process and discovery, but the questions are met with blank stares and long gaps of silence. Maybe we can chalk it up to the language barrier, or maybe it’s just bad editing, but the result is that they look unprepared and the documentary itself feels incomplete. It’s a shame, given the complicated and fascinating subject at its center, but throughout the running time, you get the unsettling feeling that there simply isn’t a documentary here. 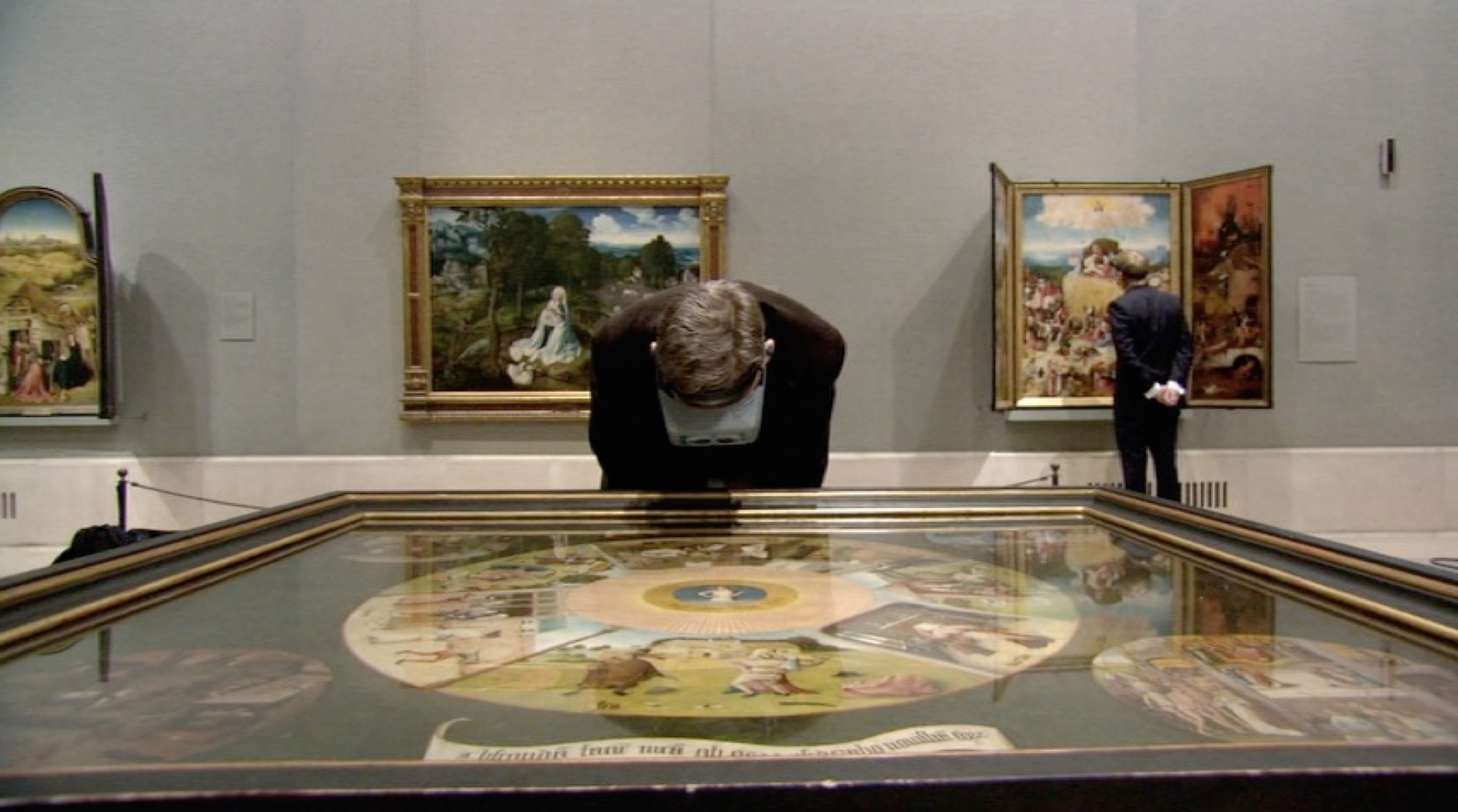 The Kino Lorber disc saves the day, in a sense, in the extras — two short vignettes, cut from the film, one 7 minutes, on the Bosch painting “Ship of Fools”, the other 10 minutes, detailing the discovery of a long-lost central panel of a Bosch triptych by a surprised collector. Watching these vignettes, whose simple brevity hold much more fascination than much of the longer documentary, makes one realize this material, with the less-than-riveting amount of footage to work with from the journey proper, could be better presented in smaller capsules for greater impact. That structure would also help preserve the gravitas of the men and their mission in a way that’s too often sacrificed by the documentary’s padding. What we have here is a typical case of a huge subject needing a less is more approach. Instead, this documentary, as compiled, is a meager offering that stands in frustrating contrast to the colorfully bizarre world of its subject.