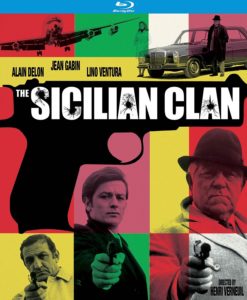 You can make a movie all about interior decor and movie stars playing it cool and call it a crime picture; the original Ocean’s 11 taught the world that. Apparently the lesson spanned all the way to France, when in 1969, 20th Century Fox mounted this high-end adaptation of the novel of the same name with the three biggest male stars in the country as the leads. Jean Gabin, Alain Delon, and Lino Ventura take center stage in this colorful heist picture that, while taut and not without its moments, proves to be more vapor than caper. Ultimately, the broad appeal of The Sicilian Clan lands in between that of Lewis Milestone’s inert 1960 Ocean’s 11 and Steven Soderbergh’s cool, sexy, sleek remake from 2001.

“The most thrilling robbery in the history of suspense!”, proclaimed the film’s U.S. trailer. Just as that statement is a bunch of words and hyperbole thrown into the air and then swiftly arranged, so too is much if the film proper. That’s not to say that The Sicilian Clan is a haphazard ordeal; far from it. Directed by Henri Verneuil, known then as a “filmmaker of quality” in his native France (thus labeling him suspect in the eyes of the by-then extinguished French New Wave), the film is a vast and sprawling apparatus, put forth as mass entertainment and nothing more. Set pieces shine, characters and story, not so much. The coordinated climactic airline theft sequence, though, make any shortcomings worth it. 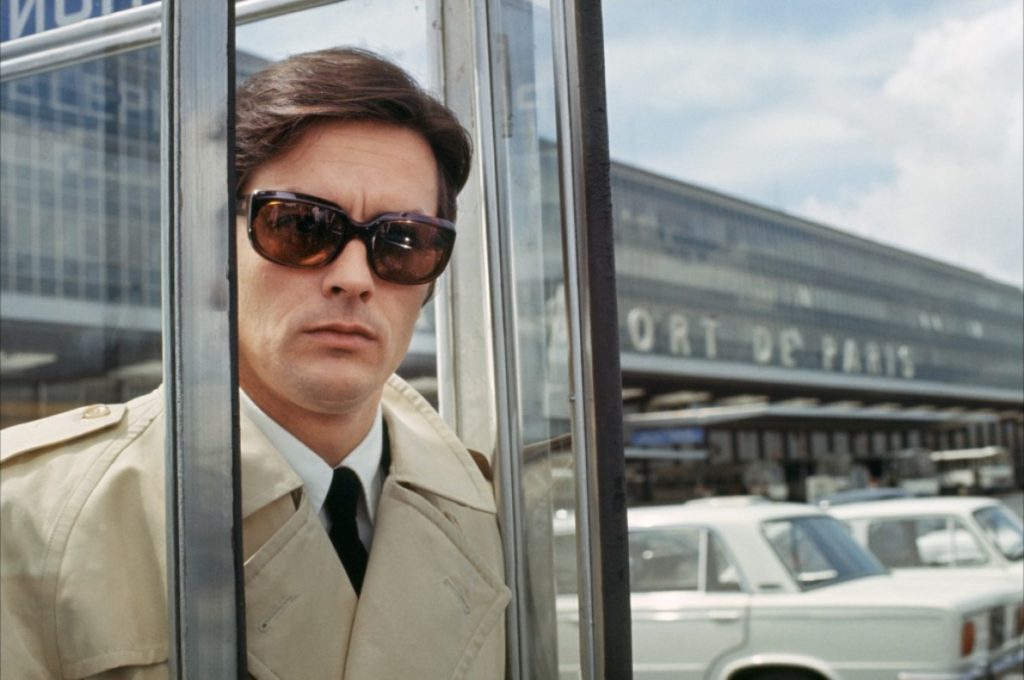 Alain Delon in THE SICILIAN CLAN.

Based on a well-known novel of the time by Auguste Le Breton, The Sicilian Clan can be looked at as a sort of proto-Godfather, insomuch as it’s an internally motivated tale of an Italian crime family, an unlikely and frankly unsympathetic bunch of protagonists. Young, dashing, but icy, Alain Delon is forefront as a resourceful crook who gets in and out of hot water both legally and relationally. He gets the movie’s first solid suspense sequence, escaping from a moving prison transfer vehicle with a Dremel tool. Veteran leading man Jean Gabin (The Grand Illusion) is the stern patriarch, a kind of in-the-field Vito Corleone. Lino Ventura (Army of Shadows) is an equally unsympathetic police detective on their collective tail. According to the voluminous extras on the set, the sheer girth of individual entourages, handlers and ego both validated and conflated the intended “bigness” of the production itself.

Set pieces shine, characters and story, not so much. The coordinated climactic airline theft sequence, though, make any shortcomings worth it.

Enabling its international large-budget realization is its status as a French-Italian co-production greenlit by Fox, an American company. This resulted in a mini Babel-like mishmash, with scenes filmed multiple times in the different languages. No less than two separate versions of the same film emerged as a result, shot simultaneously. 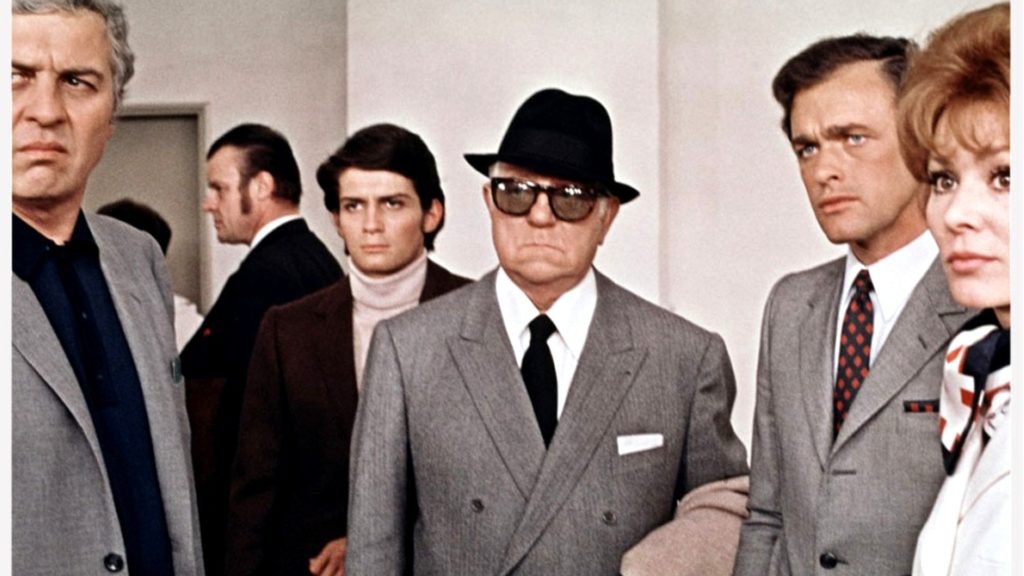 Jean Gabin at the center of the CLAN.

The great Ennio Morricone’s score is as big a selling point as any. It’s an infectious one, that’s for sure. It strums along with all the cool saunter anyone would want and/or expect. Then with one dinky instrument, it’s almost all undercut. Silly mouth harp… The avid fans of the film on the terrific (if wildly scattered) commentary track defend its adventurous if hokey inclusion as something that worked back in the day. “A traditional instrument that’s lost its significance.” Maybe so, but a single discordant “boioioioing” sound effect accompanying crime boss Jean Gabin entering a room doesn’t exactly sell his intended stature, whatever the era.

Including both the 118 minute U.S. cut of the film and the 125 international cut on two separate discs, Kino Lorber Studio Classics has really gone all out with this exceptional Blu-ray release. Besides the afore-mentioned commentary track with well-spoken film site writers Howard S. Berger & Nathaniel Thompson (found on the U.S. cut), there is also a sixty-three minute Italian language “making of”, in which many of the actual behind-the-scenes personal recount the experience of the production. The list goes on: an animated montage of promotion images, French and U.S. trailers, and a 4:15 minute featurette. Perhaps most impressive, the U.S. cut boasts a stunning new 4K restoration, the international cut a 2K restoration.

Again and again on the extras, there’s talk of what a high profile film this was, and how it’s so respected today. This, in light of the film’s poor reception in the U.S. Although it played well overseas, it’s said that American audiences found it to be cold, slow, and unengaging. While I fall more into the latter camp, The Sicilian Clan isn’t an out and out poor film. Never mind that I’d never heard of it until now. It’s dressed to the nines in it’s best mid-century modern, and at times, it does take off.