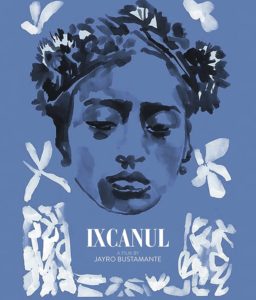 The rare film out of Guatemala to make waves on the festival and awards circuits, filmmaker Jayro Bustamante’s Ixcanul, meaning “volcano”, doesn’t so much erupt as it slowly simmers.

The film is a humble and quiet chronicle centering on a young Kaqchikel woman, Maria, and her mother’s quest to usher her into womanhood . Far from the city itself, their culture is one of ancient tradition, superstitions, and volcano life. Meaning, even in this calendar year, they make regular sacrifices to the local looming volcano, lest it erupt and fry them all. For Maria, who finds herself pregnant by a man other than the one she’s being arranged to marry, perhaps such a fate would be preferable? Her newfound reality has devastating effects on her family’s honor and her parentally mapped out destiny.

Having written, produced and directed Ixcanul, the young Bustamante proves himself a talent very worthy of following. The film is naturalistic and lyrical, but never drags. At only 91 minutes, Bustamante has proven a sophisticated understanding of how to get in and get out, movie-wise. Yet, don’t mistake the economical running time with a lack of impact nor character gravitas.

Maria and her mother in IXCANUL (“VOLCANO”).

Maria’s situation spirals from bad to worse, her story functioning as a searing commentary on the plight of women all over the world. Maria Telon, who plays her overseeing mother, is the only member of the cast with previous acting experience. It’s the face of Maria herself, though, played by Maria Mercedes Coroy, that carries the film. Concealing yet expressively pained, Coroy’s eyes telegraph more than she can nor does ever say.

Maria’s situation spirals from bad to worse, her story functioning as a searing commentary on the plight of women all over the world.

The new blu-ray edition from Kino Lorber is a stunning presentation. Like their earlier recent release of the Brazilian film Neon Bull, the transfer of Ixcanul brilliantly displays the controlled cinematography capturing the unfiltered tactile reality of the terrain and world occupied. The disc serves up a brief but informative making-of video, the film’s trailer, and a full color essay booklet. The film is in Spanish with English subtitles, though more than one language is spoken.

More than once, it is mentioned that just over the volcano lies the United States (with only Mexico in between). It is a sobering reminder of both the miles of difference between that culture and our own, but more so, the longings and oppression that, on sometimes vastly different levels, impact every nation.