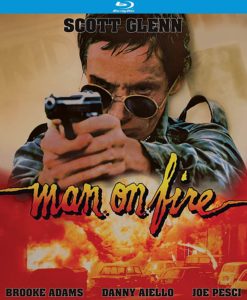 1987’s Man on Fire, starring Scott Glenn as a young girl’s bodyguard tormented by a past failure, is an obscure nugget of an actioner. How obscure? So much so that in the coverage the Tony Scott/Denzel Washington remake, and all my own the research that came with that task, this film never came up. If it had, I would’ve at least made mention of it in my review. Or read of it in someone else’s review. Or came across it in some capacity in the intervening twelve years. Or, maybe it just slipped by unnoticed. In any case, it’s arrived in wicked style now.

The film, directed by Élie Chouraqui, is now back on the cultural radar with a newly released blu-ray edition, boasting an all-new 2K transfer. Fear not fellow purists, the restoration has thankfully left all of the late 1980s film grain patina intact, preserving that distinctly gritty aesthetic so inherent to the time and tone. The film is a straight-up tooth-clinched rescue/revenger; to scrub it up would be a sin. Although the image on the disc may not scream “pristine” by today’s glossy digital standards, this presentation looks and feels correct.

The true pleasure to be had with Man on Fire is Scott Glenn. The always reliable actor understands exactly what movie he’s carrying, and gives it his glassy-eyed all.

Unspooling in then-contemporary Italy, the storyline proves to be an almost terminally stripped down version of that of the remake. Both are based on the 1980 novel by A.J. Quinnell. Glenn plays Creasy, a terse man of few words who opens the film in a body bag. Just like Sunset Blvd., his lamenting voiceover tells us that that’s indeed him on that slab. “And so. That’s how I ended. A stiff in a body bag.” Then, we flashback into the rest of the film to find out how he got there. 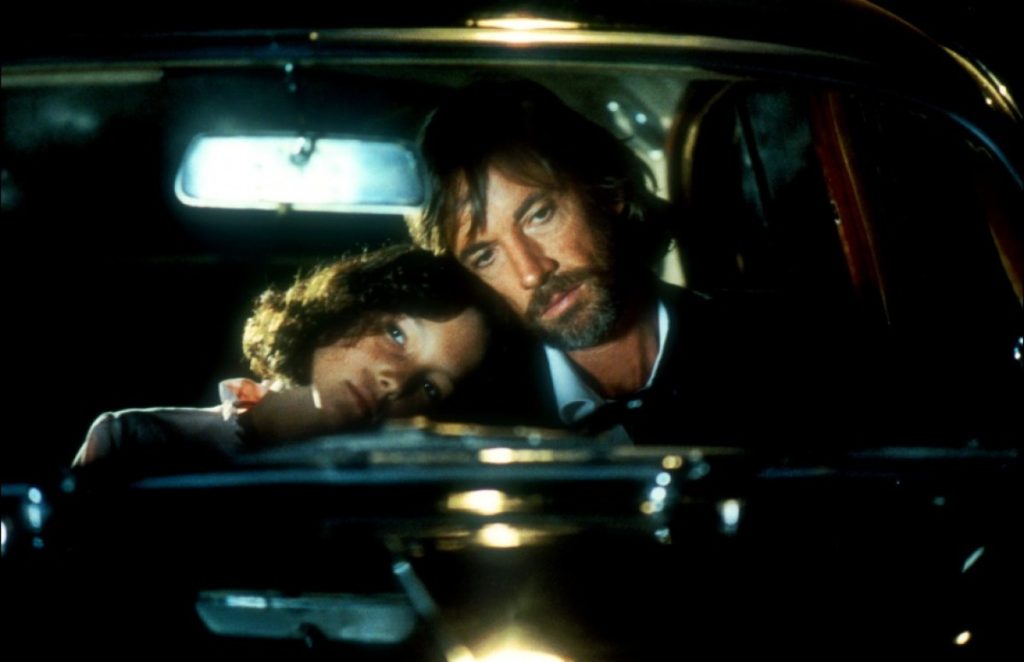 Jade Malle warms up to bodyguard Scott Glenn in MAN ON FIRE.

Reluctantly, he accepts the gig of bodyguarding Samantha (Jade Malle) a vibrant bookworm of twelve or so. Her parents are barely ever around, not unlike the actors who play them (Brooke Adams and Jonathan Pryce). Just as Creasy finally allows himself to warm up to her, he loses her to kidnappers in a violent street assault. Creasy, shot through of holes, doesn’t let a little thing like being in critical condition slow him down for long. The rest of the movie is his bloody retribution.

The casting, at least of those who are actually in the film for more than one minute, is a tremendous strong point. Joe Pesci, pre-Lethal Weapon/Home Alone/Goodfellas fame but as unhinged as ever, first gets Creasy the gig, then the guns. (Revealing the arsenal, “I ran into some old friends of ours. Recognize any of these guys?”). Danny Aiello, playing a high ranking mafioso, is his target. 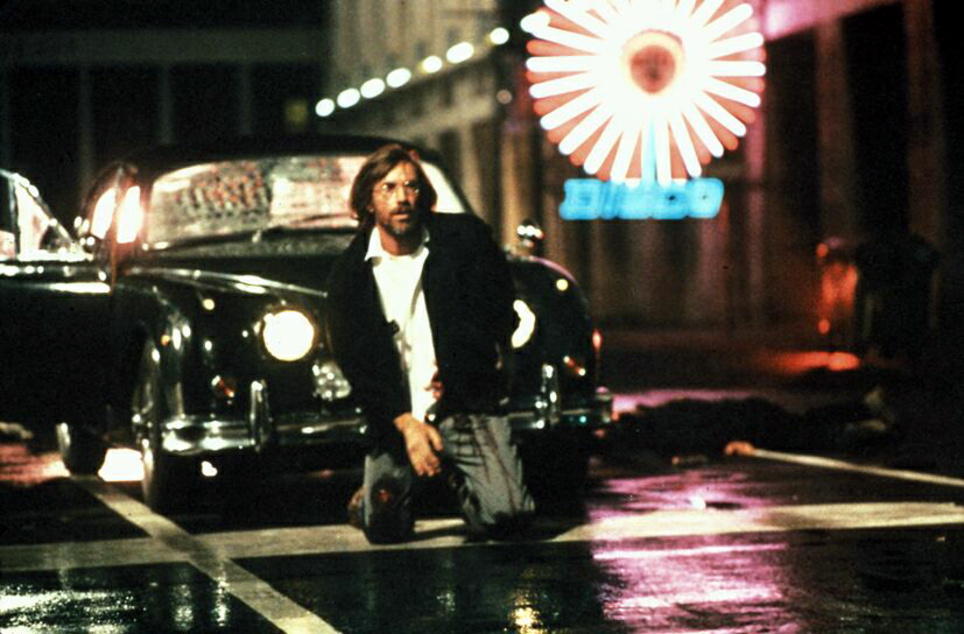 Rife with moody slow motion shots of angry eyes and people screaming, Chouraqui imbues the otherwise pedestrian Death Wish story with a compelling baroque quality. Leaning on a litany of newspaper headlines for expository momentum seems antiquated even in 1987, but if Fantastic Beasts and Where to Find Them (brand new at the time of this writing) can do it in 2016, why complain?

It must be said, though, that the true pleasure to be had with Man on Fire is Scott Glenn. The always reliable actor understands exactly what movie he’s carrying, and gives it his glassy-eyed all. As the string one trailers for other ’80’s-era one-man revengers makes apparent, it’s Glenn, first and foremost, who keeps this somewhat by-the-numbers story not just watchable, but engaging. First with looking rugged with floppy long hair and beard, then later going full “hitman” with slicked back hair, clean cut with sunglasses, he proves that words are a distant second to tenor.

While the full-package edge should probably go to the Denzel version, this one has the benefit of stark simplicity, it’s urban Italian battleground every bit the equal of that film’s Mexico City. The remake ups the violence and stylistic grit, but Chouraqui’s film has it where it counts. Don’t count it for dead and forgotten just yet.