Bronson And Exotic Locale Fail To Deliver On Romantic Intrigue 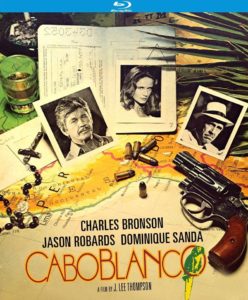 Squint hard enough at the title above and you may suddenly see three letters subtly shifting and the title of a much more familiar movie classic beginning to emerge; however, you’d need a much longer lens than even director J. Lee Thompson and cinematographer Alex Phillips Jr. employ to collapse the insuperable distance between the superior romantic melodrama of a North African border point and the comparably muddled postwar intrigue of a Peruvian fishing village. So while Giff’s might be a pleasant place to pass a sweltering afternoon, it simply can’t compare with that exotic nightspot called Rick’s; and, moreover, while its proprietor, as played by Charles Bronson, was certainly capable of matching that other past-haunted and honor-coded bar owner in terms of pure screen expression, he nonetheless appears to be siesta-walking through the more vacation-friendly spot of a much lower-stakes locale. In other words, “Here’s looking at you, kid” this simply ain’t. 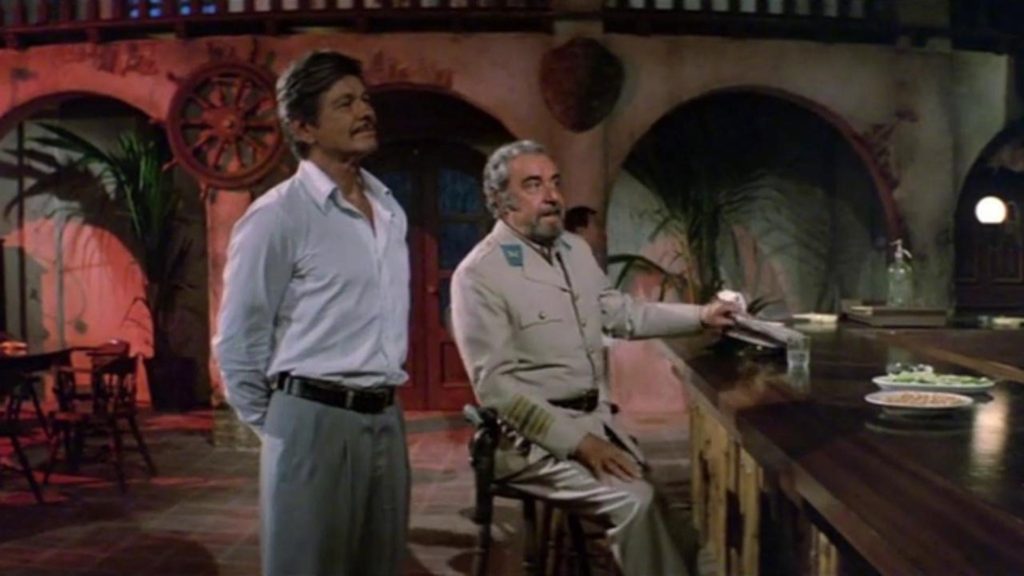 Having something to do with a wealthy and powerful ex-Nazi’s (Jason Robards) search for buried (art) treasure off the coast of the title South American town, along with a just-arrived, romantically-intriguing French woman (Dominique Sanda) searching for her (dead) fiancée, a morally-compromised local chief constable (Fernando Rey) and his roving eye for (vulnerable) young ladies, and even a young, clandestine British MI5 agent (Simon MacCorkindale) thrown in for good measure, Charles Bronson as Giff Hoyt is called upon to unite the disparate threads of both the premise and narrative with his distinctive and screen-commanding squint and thousand-yard, impassive stare. A task the perennially underrated and underappreciated screen actor would usually be more than equal to, alongside more-heralded contemporaries like Steve McQueen and Paul Newman (who were both considered for the role), even Bronson at his most solid (and stolid) is unequal to the demands of a script that appears to be going in two or three directions at once without really seeming to go anywhere at all.

A “star vehicle” if there ever was one, this 1980 independent production – one of the costliest of its time – invites confusion from its very title: where “Caboblanco” itself is variously spelled in its promotional material as two separate words, “Cabo Blanco”, and then, on the finished film’s title card, ungrammatically elides the space between the two to fuse the mid-word, double-capitalized “CaboBlanco”. Fan of unusual title punctuation that I am (Jim Tudor‘s review of KL’s recent release of Beware! The Blob, with its mid-title exclamation point, was especially exciting to me), it does seem rather symptomatic, in terms of its painfully transparent “inspiration” and echoing of an earlier classic, of the convoluted nature of a movie that reportedly began production as a giant squid tale before receiving multiple revisions, substantial post-release editing, and (eventually) arrived on-screen as a sort of watered-down romantic epic/scenic travelogue. At his absolute best, and given the proper presentation, Bronson was eminently capable of holding the attention of his audience – and, indeed, carrying an entire movie – without saying a word; his character’s thoughts, history, and intentions clearly readable and marvelously eloquent across his elemental features and weather-beaten brow. With CaboBlanco, however, Bronson simply fails to connect as scenes and sequences linger well-past their point of logic or welcome; and the pretty scenery is scant compensation for a script that, from all reports, went through far too many re-writes. 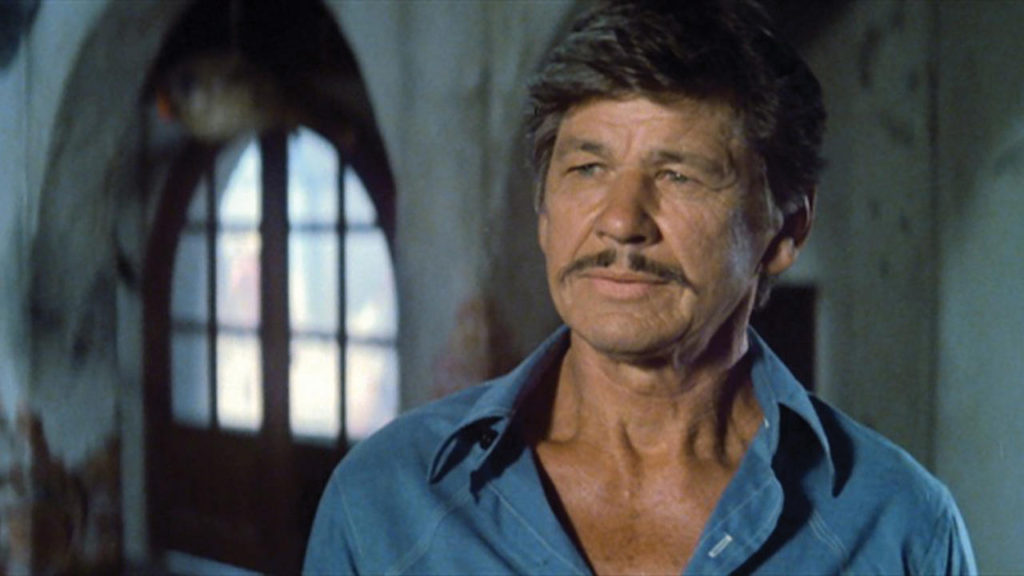 Kino Lorber is to be congratulated, though, for making this home video rarity available after nearly three solid decades of unavailability. Whispered rumors of Charles Bronson giving no less than Humphrey Bogart a run for his money in terms of world-weary romanticism have circulated in film-related discussions and internet forums for years, and now Bronson fans/completists/admirers (and, I should add, we are legion) finally have a chance to judge for themselves. Though the complete, 120-minute international cut of CaboBlanco now appears to be lost, KL’s presentation of the 92-minute, US domestic cut, available for the very first time on a digital format, comes fairly equipped with bells and whistles, with a refreshingly honest interview with co-producer Lance Hool, who discusses the genesis of the project and its subsequent post-production battles in great detail, a vintage making-of documentary by Stephen Peck (son of Gregory), and a dizzyingly-detailed feature-length commentary by multiple-volume Bronson biographer Paul Talbot. Looking better in terms of crisp visual detail than any blatant Casablanca-ripoff should have a right to, this Blu-ray of CaboBlanco is a treasure trove for the curious, even if the film itself should have (rightfully) remained buried.