Max on Movies: THE BFG

Based on the 1982 book by Roald Dahl, with a screenplay by Melissa Mathison, and directed by Steven Spielberg, The BFG is a film brimming with the confidence of its pedigree.

From Fantastic Mr. Fox to Matilda, Charlie and the Chocolate Factory to The Witches, no one spun a tale quite like Roald Dahl. I hope you read his stories when you were young, but if you didn’t, there’s no time like the present. Start with The Witches, it’s my favorite.

The BFG of the title is the Big Friendly Giant (Mark Rylance), a distributor of dreams who kidnaps an orphan after she sees him in the middle of the night. This orphan is Sophie (Ruby Barnhill), a strong-willed, outspoken young girl who doesn’t hesitate to give the BFG a piece of her mind.

Mark Rylance won an Academy Award for his work in Spielberg’s “Bridge of Spies”, and he is equally as good here in a mesmerizing motion-capture performance.

In this respect it’s easy to see Ruby as an audience surrogate, and the BFG as Spielberg himself, bringing dreams to children around the world. The BFG is gentle, but this is not the case with the other giants (other filmmakers?) who have names such as Bloodbottler, Bonecrusher, and Gizzardgulper. 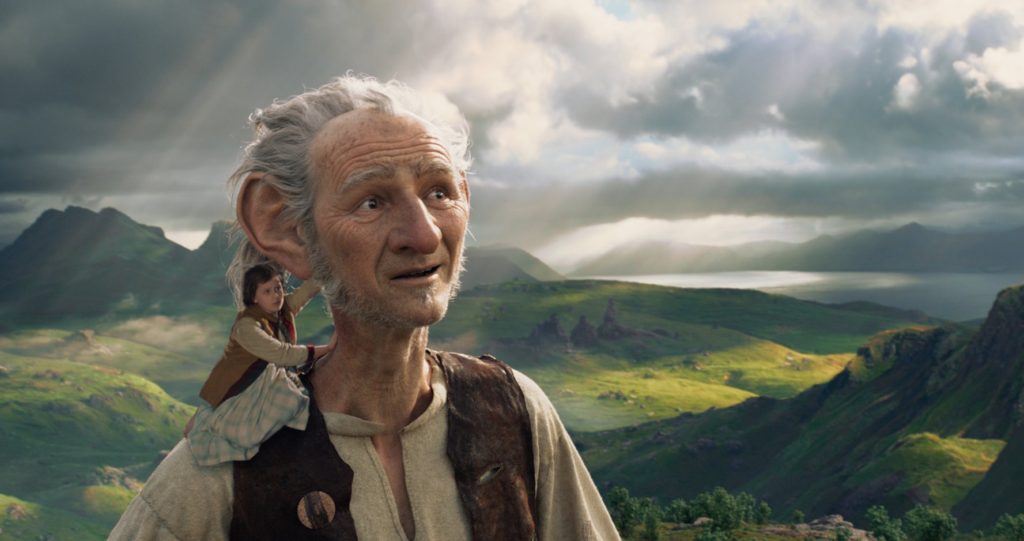 The Flight of the Conchords’ Jemaine Clement voices Fleshlumpeater, who enjoys eating humans almost as much as he enjoys tormenting the BFG.

These Huge Unfriendly Giants (HUGs?) want to invade the human world and have a lovely feast. It’s up to Ruby and the BFG to stop them. But who can they ask for assistance? Why, the Queen of England (Penelope Wilton), naturally.

Mark Rylance won an Academy Award for his work in Spielberg’s Bridge of Spies, and he is equally as good here in a mesmerizing motion-capture performance. Rylance brings a weariness to the BFG as he spouts Dahl’s nonsense wordplay. 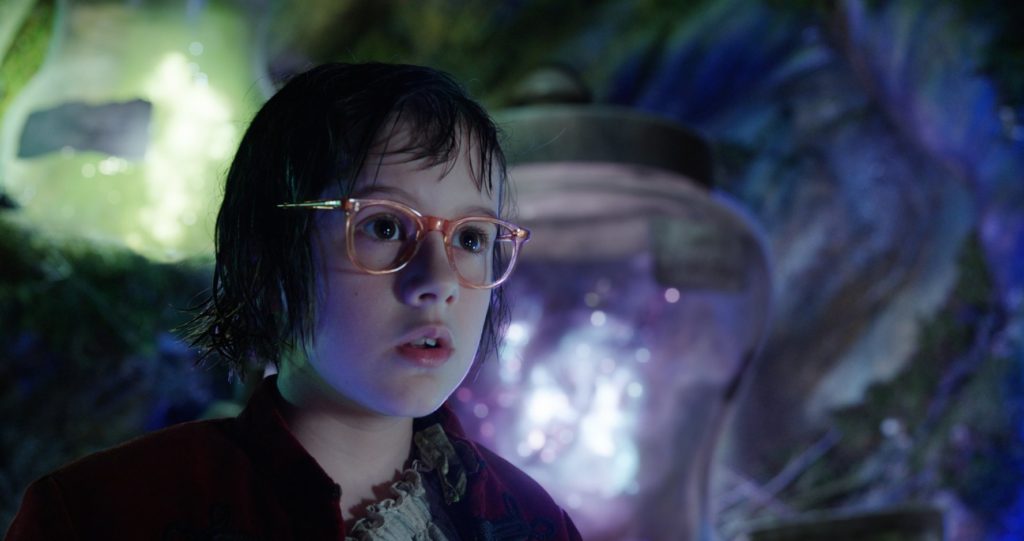 Ruby Barnhill joins Henry Thomas, Haley Joel Osment, and Drew Barrymore as the latest in the long line of kids to give great performances in Spielberg films.

Melissa Mathison wrote the screenplays for The Black Stallion, The Indian in the Cupboard, Kundun, and last collaborated with Spielberg on the modern classic E.T. The Extra Terrestrial. Here she softens the edges of Dahl’s story and brings a safe, comforting, dream-like world to life.

The ending of the film is wish-fulfillment of the highest order, solidifying The BFG as an exceedingly pleasant film that has the potential to become a beloved classic in the coming years.