Is there enough make-up to make this film look good? 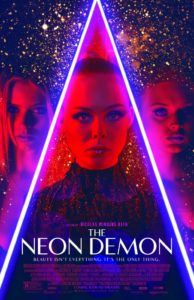 Director Nicholas Winding Refn is no stranger to controversy and graphic, over-the-top film making.  From Bronson, to the Ryan Gosling starring Drive and Only God Forgives, Refn has certainly earned his praise and his sharp criticism for the gratuitous violence and ambition that occupies each frame.  The Neon Demon, starring Elle Fanning, Jena Malone, Keanu Reeves, and Christina Hendricks, will certainly earn Refn even more criticism, and perhaps praise, and further push him into being one of the favorite candidates for the “most polarizing director” award.

The Neon Demon, in short, is a biting commentary of the fashion industry that ultimately felt as soulless and dead as the very industry the film is criticizing.  While the entire film is a beautiful sight to behold, with precise framing, and aesthetically pleasing palates of colors popping across the screen, there is just something extremely polarizing in the way its story is delivered.

Jesse (Fanning) is a young, 16-year old aspiring model who possesses great beauty, but is also able to maintain an innocent allure and approachibility that charismatically grabs hold of each person she meets.  Soon, she has signed with a modeling agency, after meeting with one of their reps, Jan (Hendricks), who tells Jesse to tell everyone that she is 19. She is instantly asked to do some test shots with one of their well-known photographers. It is at this shoot that she meets make-up artist Ruby (Malone) who invites her to hang out.  As she attends a  party, she is introduced to other models and begins to see the hardcore jealousy, backbiting, and viciousness that dominates the industry.

While The Neon Demon is extremely artistic and well-made, the manner in which Refn seeks to beat his audience over the head with gratuitous violence and sexuality to make a subtle point will cause this film to be his most polarizing one yet.

At first Jesse is above it, and remains innocent, and unchanged.  Eventually, she believes the hype and the lies that the industry tells its rising stars, just before it chews them up and spits them back out again.  Jesse is not immune to the allure and false potential, and begins to flaunt her success in the faces of those she has met.  The question is whether or not she can survive an industry that seeks to lay waste to every soul that seeks to feed at the alter of success and beauty. 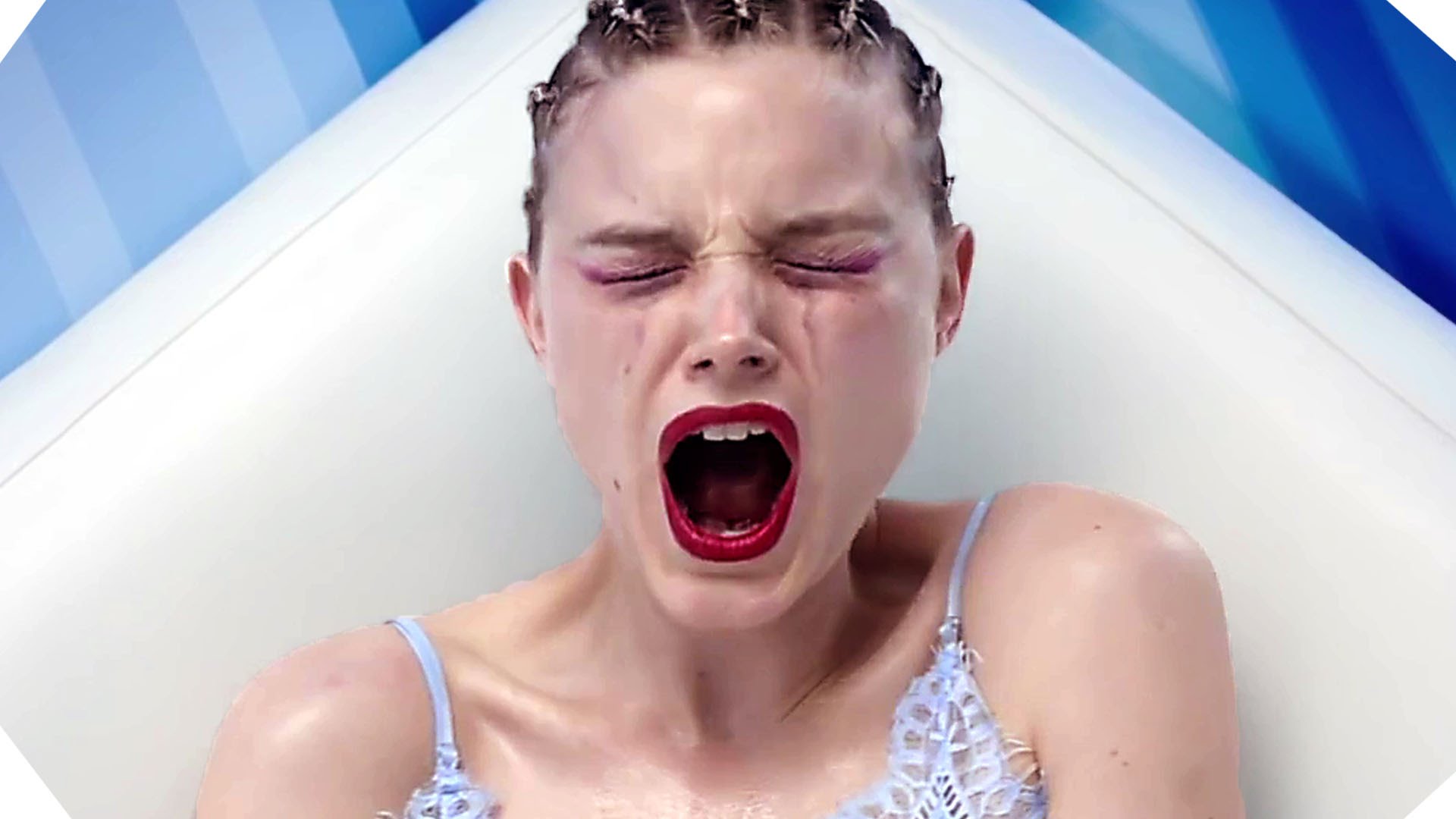 While the story is sound, it is the execution that is lacking.  Refn wields the camera with a heavy hand, crushing the audience under the weight of an exercise of simply “making a point”.  F0r example, we “get” that the industry is brutal and seeks to feast on every innocent soul that tries to navigate its gauntlet.  To prove this point, Refn provides the film with cannibalism.

We also understand that the industry is dead and lifeless, but yet still seeks to put on make-up and metaphorically “play the whore” in its own search for acceptance, relevance, and recognition.  Refn feels that the best way to demonstrate this is through a graphic depiction of necrophilia, and later even more graphic depitctions.

While The Neon Demon is extremely artistic and well-made, the manner in which Refn seeks to beat his audience over the head with gratuitous violence and sexuality to make a subtle point will cause this film to be his most polarizing one yet. This will result in a film that will not find a sympathetic reception at the box office. 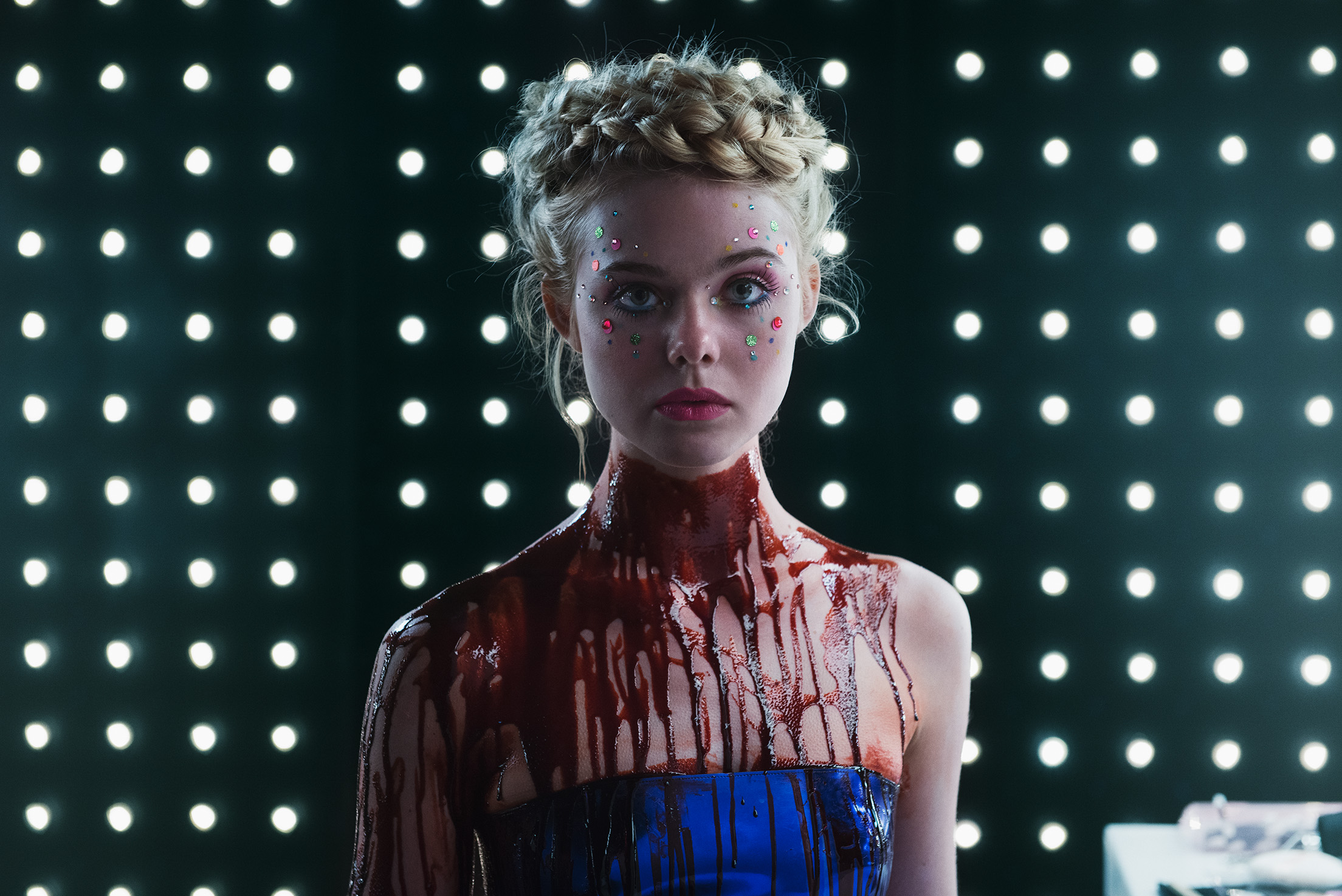 Fanning, for her part, does a good job balancing her innocence and vulnerability with her ambition, apathy, and swagger.  This is definitely a part that will move her out of the “child-actor” role that she has occupied in such films as We Bought a Zoo, Super 8, and Maleficent.  Here, she occupies the gray space between teen/child actor, and legitimate adult actor. Jena Malone, along with Abbey Lee and Bella Heathcote do much of the antagonistically heavy-lifting that allows Fanning to make this transition throughout the film.  Unfortunately, the shear over-the-top delivery of the director will polarize so many would-be audience members, that such layered portrays will simply be afterthoughts to the more direct and confrontational depictions in the film.

It is ultimately a shame that The Neon Demon has so much going for it, but instead seems to want to squander its opportunity, and brilliant artistic merit, to isolate its very small, yet sympathetic audience.  Refn seems to be wanting to obliterate any remaining goodwill he was given for his previous work in order to make a point that few would argue with anyway.  It is notable that he is seeking to make a more female-centric story without abandoning his violent and boundary pushing style.  Unfortunately, even that will be lost in this mess of a film that seems to lose its way early, and often.

The Neon Demon will hardly have any converts, despite its potential.  Unfortunately, this film will prove that just because one has a lot of makeup, it doesn’t mean that you can dress it up.  This is one film that doesn’t have enough makeup to make it look good. 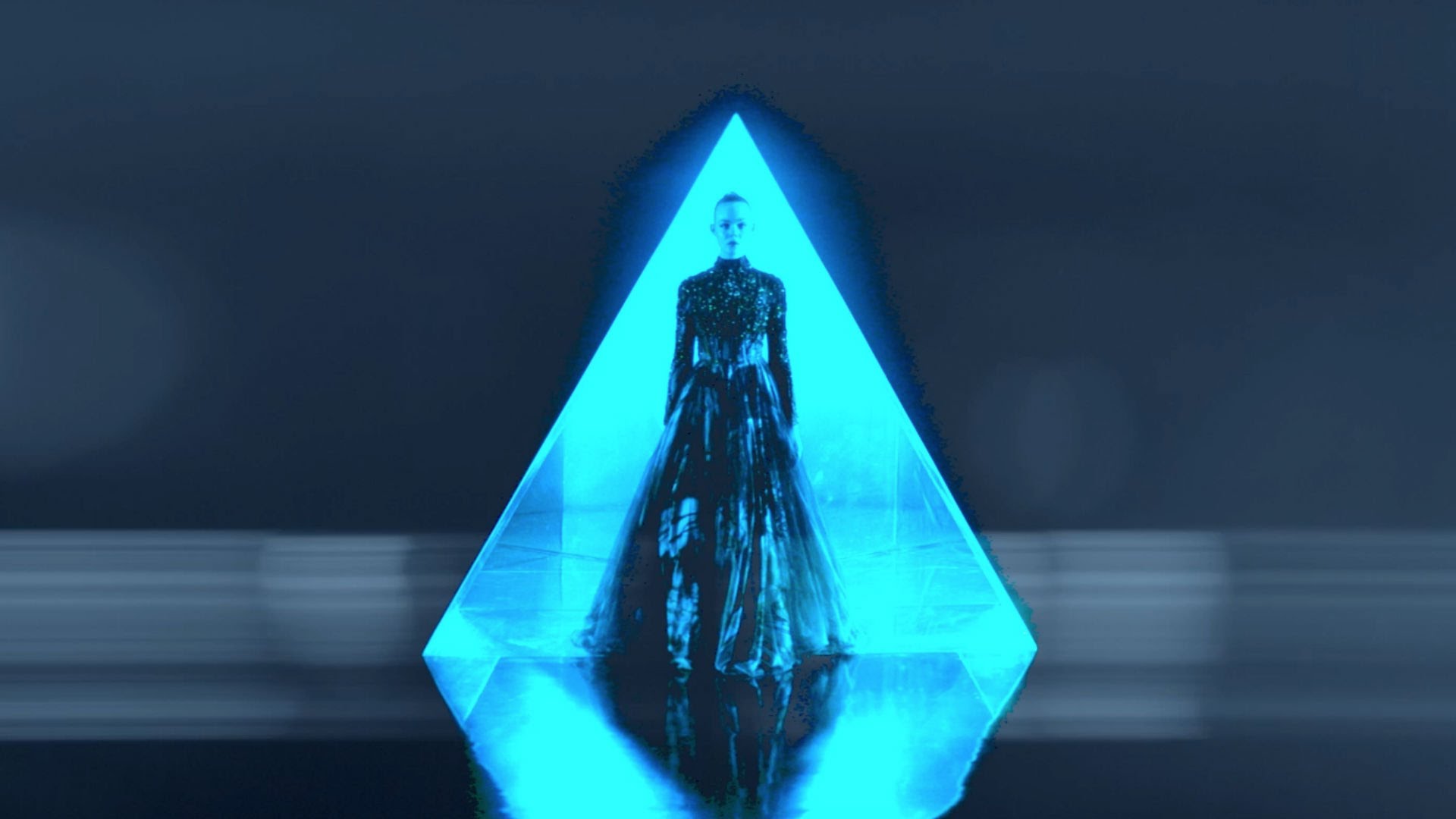