Charlize Theron Immerses Herself in a Tale of Love and Death 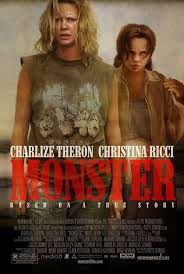 Charlize Theron won a Best Actress Oscar for her role in Monster as real-life serial killer Aileen Wuornos. She came onstage to accept the award with her blonde hair shining in finger waves, tanned skin glowing, beaded silver dress glittering. Theron was known at this point in her career for her beauty as much as for any acting talent.Monster changed that, but it’s unfortunate that so much of its hype was attached to Theron going “ugly” for the role. As Wuornos she has mottled skin, bad teeth, limp hair. It’s an impressive transformation, but it’s only the beginning of a gut-wrenching performance.

Theron’s tall, lean figure seems thick and battered.  She is rarely still: Aileen is full of jittery movement; both skittish and aggressive. She is anxious and defensive, ready for a fight at any moment yet desperate for acceptance.

This wounded woman, a prostitute since the age of 13, meets Selby Wall (Christina Ricci), and for a short time it seems as if love will change Aileen’s life for the better. Selby is tiny, docile, ready to be cared for. Wuornos seems to grow in size simply by being needed, and boasts of the life she will create for the two of them. Early in their relationship, however, Aileen is attacked and nearly murdered by one of her “clients”. She kills the man in what Monster clearly shows as self-defense. But it’s a turning point for Wuornos, who soon decides that killing men is a more natural way for her to profit than prostitution.

The true story is more complicated than what’s on screen in Monster. Wuornos grew up in hell, but her adult life was punctuated by her own violence and a range of crimes beyond prostitution, long before she first committed murder. Her real-life lover, Tyria Moore, was not nearly as detached from the murders as Ricci’s character is in the movie – though like Selby, she cooperated with the police and testified against Aileen.

Monster is more love story than crime thriller. That may unfairly build sympathy for a women who, in reality, seems to have been an unrepentant, violent psychopath. Once I did some reading about Wuornos I decided that the movie needs to be evaluated as its own story, at best “inspired by true events”. On those terms, it’s a painful depiction of a woman so deeply damaged that she seems almost more cornered animal than human. The power of that performance didn’t come from hair, or makeup, or camera magic. It came from Charlize Theron, absolutely earning that Oscar. 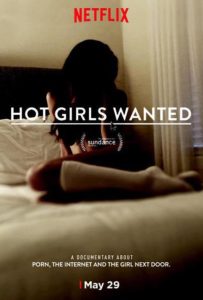