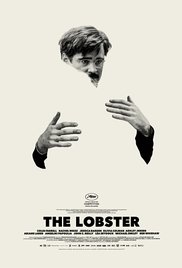 A lobster is an unlikely animal.  When it comes to naming favorite animals, most people are not likely to think of it.  Early on in this film, a character says as much.

It’s only fitting, then, that The Lobster be great as an unlikely movie.  Unpredictable and unconventional, it is the most offbeat evocation of the creature since the B-52s scored a hit with “Rock Lobster”. That was way back in 1979, so the crustacean is due for a little fresh time in the sun. (Even if it has an understandable aversion to heat. Under the harsh light it goes…)

Wrought by Greek Dogtooth director Yorgos Lanthimos, The Lobster is an unabashedly odd, English language blend of esoteric dark humor and aloof precision fueled by far-fetched ideas and metaphors. It feels like something like Kubrick’s Barry Lyndon by way of Swedish filmmaker Roy Andersson: Repetitive, imposing classical music cues accompany sudden scene transitions as the lens zooms in across a landscape, or a room. “Aloof” is a good word for the carefully cultivated vibe. Those with aversions to the stylized dialogue of Joel and Ethan Coen or the surface intentionality of Wes Anderson… consider yourselves warned.

Having made a splash at the 2015 Cannes Film Festival, it nonetheless took a full year for this work to surface in American theaters. When one considers the degree to which Cannes is a different universe of cinema sensibilities than the rest of the mainstream moviegoing world, this should come as little surprise. Yet, there is an audience for The Lobster, even in the good ol’ U.S. of A. Because, heartbreak and loneliness are universal. 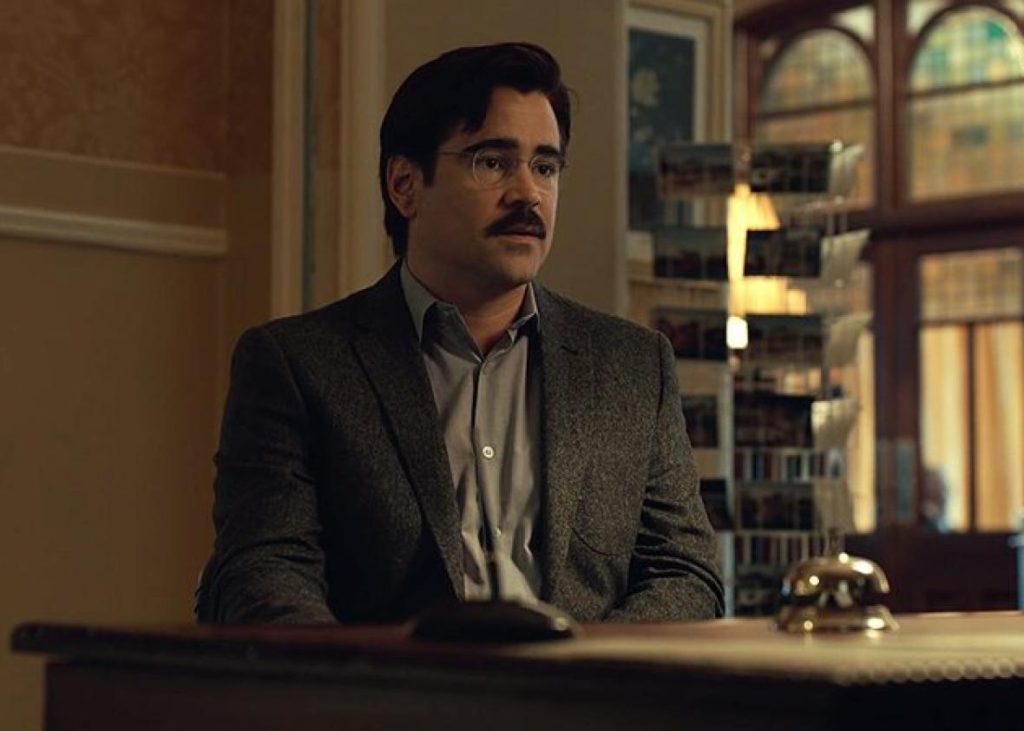 The world of The Lobster is not our own. Presumably it’s some sort of alternate future, and further presumably, some sort of dystopian one. Or, maybe it’s all some cockamamie vision of the here and now; it really doesn’t matter. Everything in the film hinges on the following concept: If one finds oneself single, one must check into a strictly-managed luxury hotel wherein one will have 45 days to find a suitable mate. If this fails to occur, one is then transformed into the animal of one’s choice, and released into the woods. Lanthimos, along with fellow screenwriter Efthymis Filippou, seem to have started with this truly novel idea, and ran wild from that point.

Early on, the film was generating comparisons to Spike Jonze’s Her, another future-set tale of a lovelorn shlub who’d recently been dumped. When the striking resemblance of the two films’ lovelorn shlubs is observed – Colin Farrell, the lead of The Lobster bears an uncanny similarity to Her’s Joaquin Pheonix – this makes immediate sense. But upon actually seeing the film, the comparison falls quickly away. Seperated-at-birth brokenhearted shlubs aside, Her and The Lobster radically deviate in no time at all. At the beginning, when Farrell’s forced to state which animal he’ll become if his stay in the hotel doesn’t work out, he opts for a lobster. He’s clearly spent much time thinking this through, and has a list of solid reasons. He is congratulated by the management for thinking outside the box and not selecting a dog.

If The Lobster sounds remarkably different from anything else out there, consider yourself intuitive. For smart fans of the absurd, the film is a must-see.  But know that it’s humor is dark, understated, and at times nauseatingly droll. It’s initial idea is pushed so far and so hard into an unexpected area that after a very satisfying first hour, it actually becomes a bit exhausting. In this time of sequels, super-heroes and common lesser dreck, its hard to lodge this as a legitimate strike against The Lobster. But by the time it ended, this critic was ready to leave its world behind. 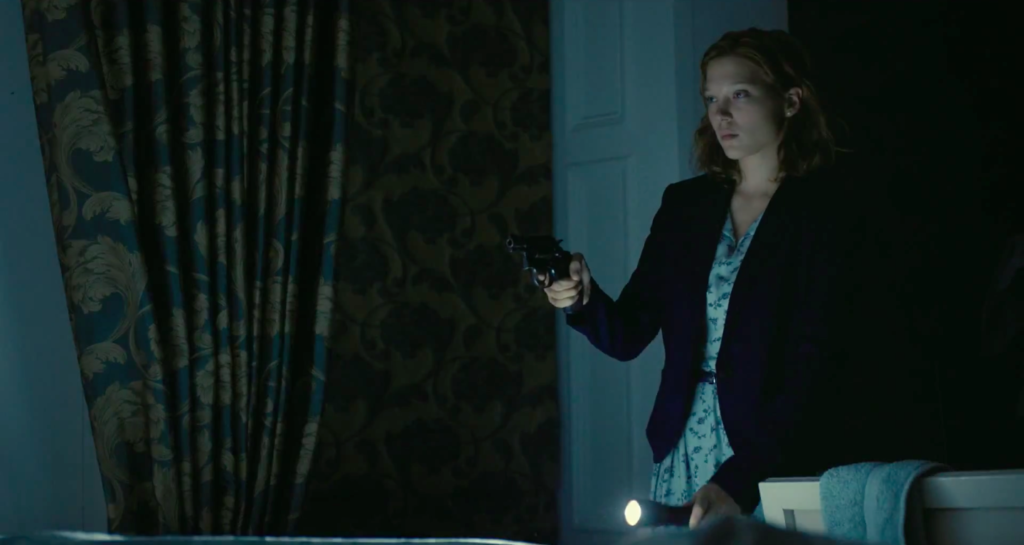 To be fair, it must be said that these characters are awful individuals. Truly terrible human beings. One could argue that transforming them into wild animals would be an act of redundancy. Their assorted reactions and responses to things are recognizably universal, their motivations very much are not. The audience is mostly left to speculate on why anyone is doing any given thing at any given time. Colin Farrell’s character David operates his love-life with the methodical strategizing of a tightlipped Survivor contestant. As far as non-emotive friends with agendas go, John C. Reilly and Ben Whishaw, the latter of whom has what may be the monologue of the year, each play slightly more sympathetic men. Rachel Weisz is a love interest as confounding as she is heartbreaking. They all have names like “Lisping Man”, “Limping Man”, and “Short Sighted Woman”. This is not to mention Lea Seydoux’s mysterious “Loner Leader”, Jessica Barden’s “Nosebleed Woman”, or Ariane Labed’s “The Maid”. They all make fantastic would-be animals.

Crazy turns are taken, weapons are taken up, and the whole lopsided Logan’s Run carousel system is rightfully called into question. Yet, all of that only takes us down an altogether different if no less unsettling path. No doubt, this is Lanthimos’ self-amused screed on the state of singleness and relationship pressure in the 21st century. It’s a movie that no one saw coming – even cinema buffs who’ve been hearing about it for a year. Let’s not call it brilliant; that’d be too simple, too dismissive. But, as a comedy, a drama, a romance, a kitchen-sink sci-fi and a sociological study with bits of gore, The Lobster is a full meal – and then some – at a drab fancy restaurant you never imagined or necessarily wanted to visit. Yet, it might just be serving up some dark truth that’s worth consuming. And in this day and age, there’s nothing more unlikely than that at the movies. 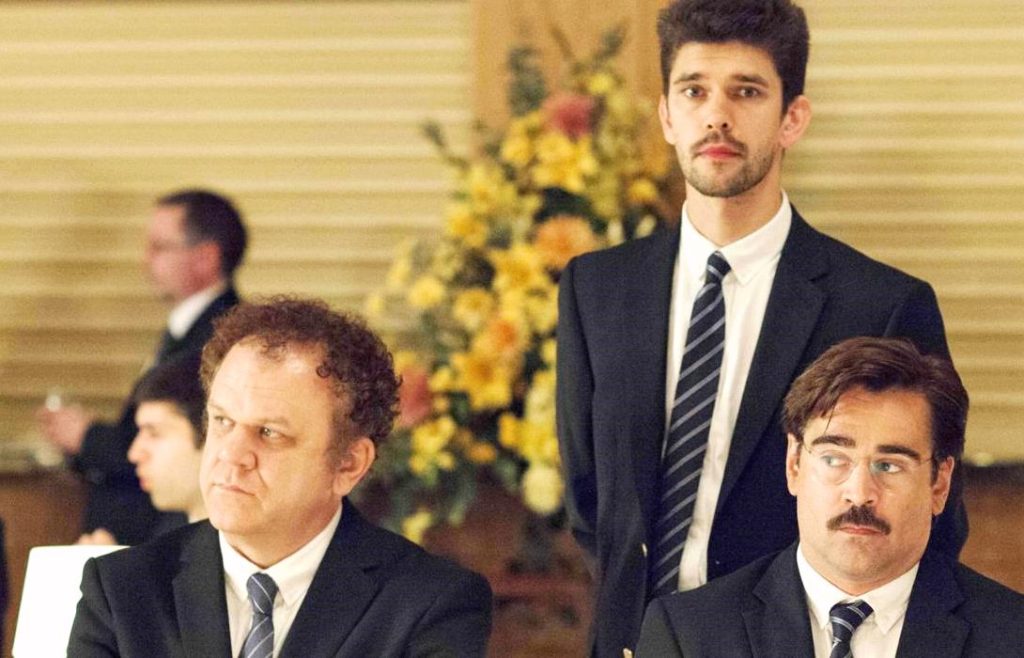