A Dark Set Of Fairly Tales Fails To Enchant 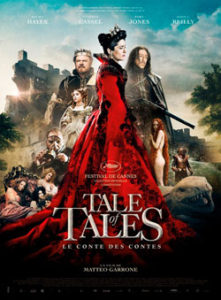 Italian Director Matteo Garrone makes his English-language film debut with Tale of Tales, a film about 3 dark fairy tales from Giambattista Basile (1566-1632).  For this debut, Garrone has assembled an impressive cast to weave these three tales together. While these are fairy tales, they are not really for children, at least in the visual way Garrone has brought them to life.  Like Grimm, or even Heinrich Hoffmann’s Der Struwwelpeter, these are cautionary tales that do not have the happy endings that many might be accustomed to when watching Disney’s interpretation of a Hans Christian Andersen story.

The first story follows a king and queen of Longtrellis (John C. Reilly and Salma Hayek) who long more than anything to have a child, but cannot.  After a pregnant circus performer sets the queen off whose sorrow is so great, a mysterious necromancer (Franco Pistoni) arrives telling the king and queen that they can have the child that they wish for, but that with the creation of life, there is an offsetting death that will occur.  Ignoring the consequences, the king and queen beg the necromancer to tell them how they might conceive.  This will eventually involve the king slaying a sea monster and a young virgin having to cook the sea monster’s heart in which the queen will eat of it.  As the tale continues, both the queen and the virgin who cooked the heart are blessed with the birth of a child, who share a bond that that will have consequences that will shake the kingdom.

The second story follows the king of Highhills, played by Toby Jones, who has a daughter who thinks the world of him.  Despite this being his only child and having lost his wife, he often is emotionally detached from his daughter Dora (Hayley Carmichael, Stacy Martin as a younger version).  Instead he pours his love into a flea that he nurtures.  As he feeds and cares for this flea, it grows and grows, until the size of a medium to large sized dog, where it eventually dies.  Distraught, the king seeks to honor the flea and finally address his daughter’s growing wish to be married to a prince that resembles the type of men she reads in her favorite stories. 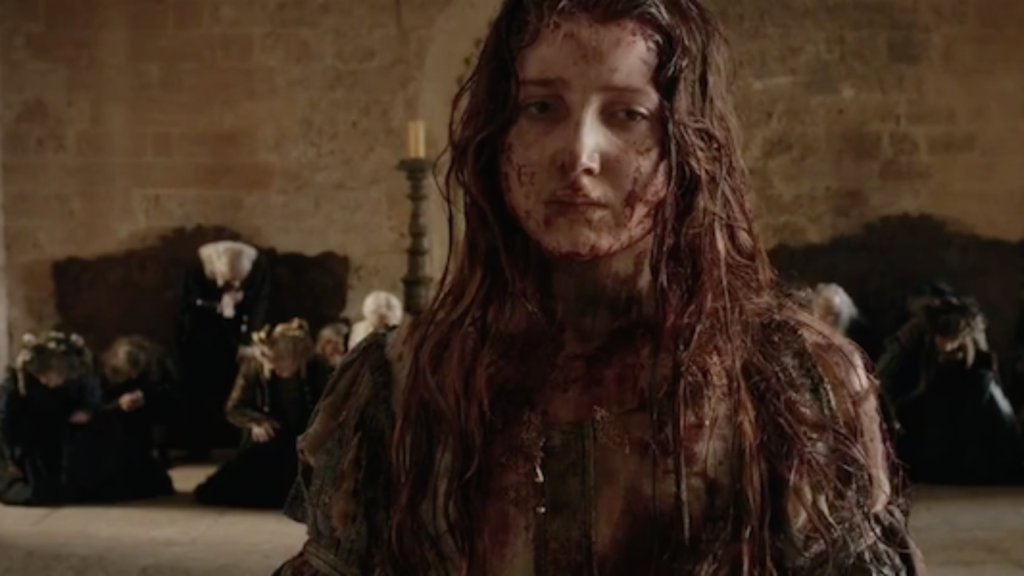 So the king has the flea skinned and holds a tournament where the contest consists of men entering the castle, looking at the skin and deciding what animal this skin was taken from.  The winner will get his daughter’s hand in marriage.  Since no one knew of the flea, the king sees this as a foolproof way to keep his daughter at home a little longer….until the riddle is solved……by an ogre.  His daughter experiences the ultimate rejection by her father as his plan crumbles and as she is hauled away by the ogre to live in a cave in the side of a mountain, repulsed by the corpses that lay around the cave where the ogre has eaten.  Eventually, she must make the decision to escape with the help of the same circus performers from the first story.  Her attempt will determine her fate and that of the kingdom. 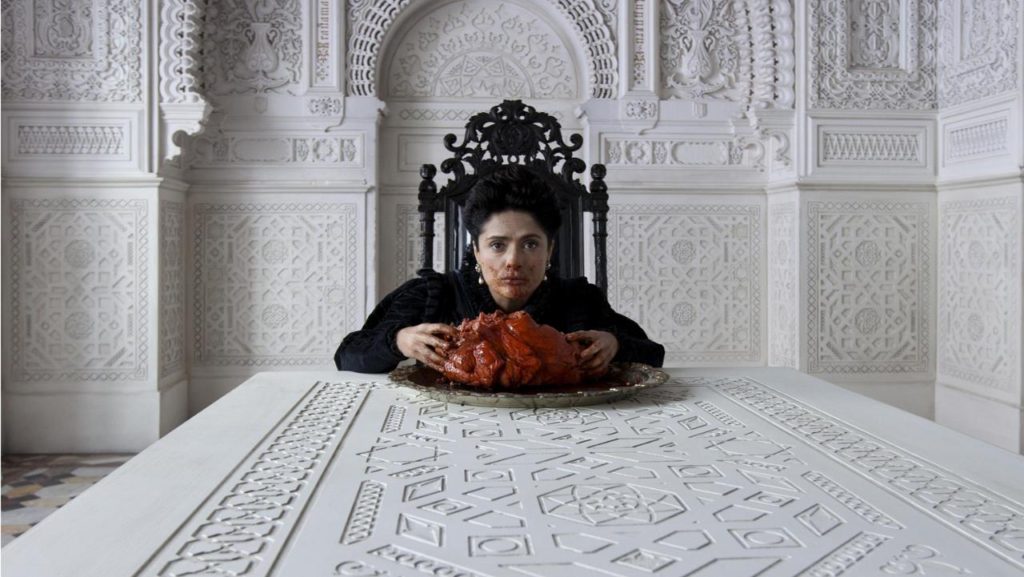 The third story follows a king from Strongcliff (Vincent Cassel) who is a sex-obsessed man, who eventually hears the beautiful voice of a maiden in his village and seeks to have her.  He sends a page to deliver a necklace to the woman but the page never sees the woman, only hears her voice from behind a closed door.  He doesn’t realize that two sisters (Bebe Cave and Jessie Cave) live here, and both are old and hideous.  When the king himself knocks on the door, they delay him for a week in which they promise to only show him a perfect finger and nothing more.  He agrees and comes back a week later in which one of the sisters has a finger that is smooth and beautiful after sucking it all week while her older sister has ruined her finger trying to put topical ointments on it. When the king sees the perfect finger, he wants the woman even more.

The uglier sister tells the king that she will meet him in his bedchamber on the condition that the room is dark.  She gets her sister to cut her skin and attempt to smooth over her back fat, and wrinkles so that she feels young to the touch.  The plan works until the king sees her the next morning.  Alarmed and disgusted, he has her thrown out the palace window, bed sheets and all.  She falls from a great height but the sheets catch a tree and she does not hit the ground.  A passing witch collects her and nurses her from her breast until the old woman is a beautiful and desirable maiden on the outside.  The king happens to run across her while hunting later that day and struck by her beauty decides to give up his philandering ways and marry her.  The woman’s sister, still ugly, may end up ruining it all. 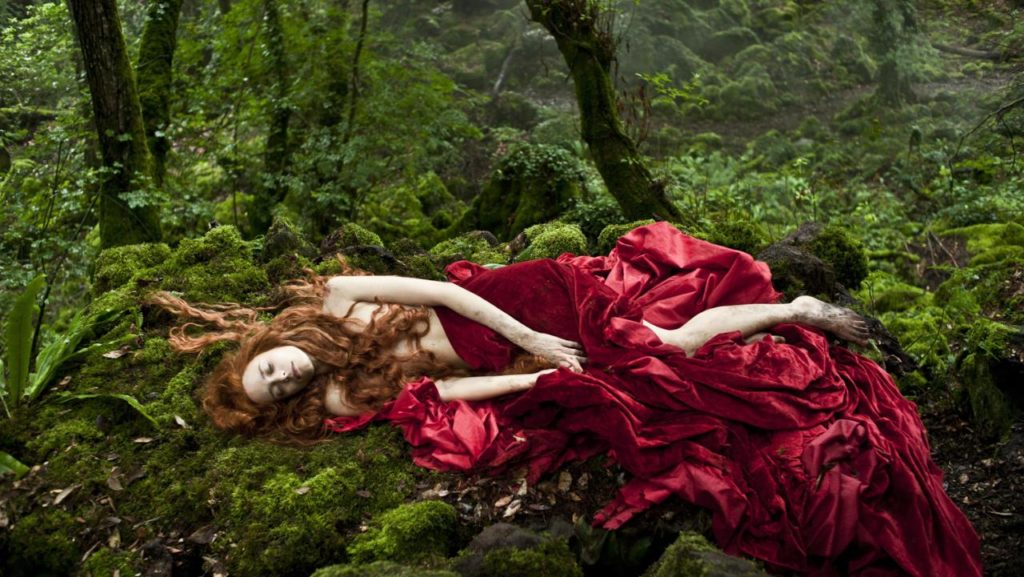 Each tale that is weaved may not translate with the same effect the director or the original writer of these tales may have intended.  The film, while interesting, plods along at a snail’s pace and runs on for much too long, with a 2 hour running time.  The morals of each tale vary in clarity by the time the tale is done.  Visually, though with a much smaller budget, director Matteo Garrone is obviously looking to present a story in the same vein as Guillermo Del Toro’s Pan’s Labyrinth, though without the same imagination or brilliance.  In the end, Tale of Tales will struggle to find an English audience that it can enchant, but for those with more European sensibilities who may be more familiar with the source material, this may work.  Tale of Tales opens in select theaters.