Does this Sort-of Sequel Live Up? 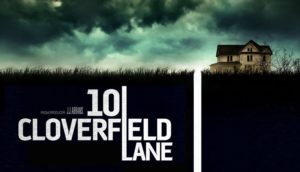 Cloverfield is a 2008 Sci-fi film that I didn’t particularly care for, but has been misremembered as some sort of cult classic. I remember at the time thinking that it looked like a big-budget film trying to look all guerrilla filmmaking-y and low-budget hip with its shaky-cam and it just reeked of phoniness. Basically the film version of a multi-millionaire politician eating a corndog at an Iowa primary event.

So when I heard that JJ Abrams found time to produce a “semi-sequel” during shooting his own sequel you may have heard of, I had to work up the energy to go in open-minded. 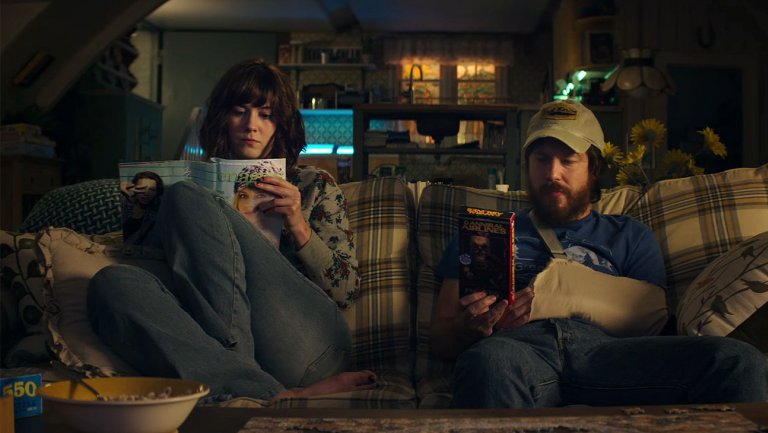 10 Cloverfield Lane is the name this time around. It has a new director, the virtually unknown Dan Trachtenberg, and with it, he intends to take the film in a completely different direction. A direction you rarely see in a sequel. Hollywood sequels tend to go bigger, louder, scarier, and just all around more! Trachtenberg goes less, tighter and more focused. Instead of a destruction-in-progress metropolitan city, he focuses on a bunker in the backyard of a middle-of-nowhere town. And instead of thousands of characters running around screaming, we are down to three.

Michelle (Mary Elizabeth Winstead) is running away from something at the beginning. She is packing her things looking very distraught and confused. She is obviously trying to get away from someone or is being chased by that person in a beginning scene very reminiscent of the beginning of Psycho. From there she is driving through the night, we learn she’s running from a boyfriend who doesn’t seem all that bad, before she is side-swiped by a truck and knocked off the side of the road.

She wakes up with a broken leg and chained to the wall in an empty brick room. A moment later, Howard (John Goodman) enters, bringing her food and news there has been some sort of attack that has made the air too harsh to habitat in, so they have to stay in this underground bunker. He doesn’t know exactly what’s going on up there, but he’s been ready for it. It may be the Koreans, it may terrorists, it may be the Russians or it may have been aliens. His character is basically the creepy guy from Room meets Jack D Ripper from Dr Strangelove. She is also introduced to a third member of their trio, Emmet (John Gallagher Jr.), who is not only a prisoner, but fought his way down there, believing Howard’s tales.

Howard tells them he is saving them and that’s why they should stay down there, but he doesn’t really give them much of a choice. And this is why the movie works so incredibly well.

You really cannot tell if Howard is a monster of a human or a sad sap who lost his daughter. The film brilliantly changes the audience’s feelings towards him almost scene by scene, causing you to feel the same paranoia he felt that caused him to build this bunker.

Fear surrounds this film. From her running away at the beginning to her being a prisoner now, metaphorically and literally. As an analogy of the fear one feels in an abusive relationship, it is outstanding. Howard is abusive to the two of them, but in a less-obvious way that you see in most Hollywood films. Emmet and Michelle could probably overpower him at most times, but their minds stop them. They sympathize and at times care for their abuser. And they are so convinced that something is happening outside, that what pain he inflicts on them, is still the safer bet.

They do what victims in abusive relationships tend to do, and create either-or situations. He’s either telling the truth of what’s happening outside and is helping them or is lying and is a monster holding them hostage from their families. That false dichotomy is used often in films, but is not so true in life. In most real-life abusive relationships, the abuser lives in the grey areas. He may really love them and still hurts them. He may really care about their safety, but is damaging them in the process.

This movie will work for almost everyone. There’s both summer-blockbuster scenes of massive proportions along with most of the film being so small it could take place on stage. It’s for people who love supernatural/sci-fi elements of horror and those who like to say that real horror comes from things that can really happen (side note: please stop saying that phrase really thoughtfully like you thought of it).

But why I love this movie is it spits in the face of the thought that fear holds you down and there’s not really anything to be scared of outside and instead says that sometimes there is something to be scared of, yet overcoming that fear and not allowing your mind to hold you down is more important than forever avoiding what you are scared of, even if that happens to be a gigantic green monster that wants to devour your organs as some sort of snack. 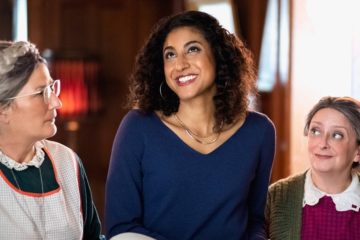