IMAX Provides The Gorgeous Scenery, But Is Everest Worth The Climb? 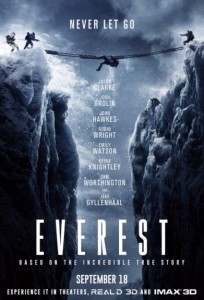 JIM TUDOR: Note to self: Do NOT ever set out to climb Mount Everest.

The new film Everest sets out to recreate that terrible day in May of 1996 when numerous climbers found themselves caught in a deadly storm atop the world’s highest mountain. Chronicled in the popular book “Into Thin Air”, by Jon Krakauer, the unforeseen conditions claimed the lives of many, most of which were amateur climbers who signed up for an expensive commercially guided exploration, a newly budding Everest industry at the time.

If you’re unfamiliar with the tragic disaster of 1996 (as I was), I suppose I just spoiled a bit of this movie. But, with numerous books and even at least one other movie (1997’s not-so-sensitively titled TV effort, Into Thin Air: Death on Everest), this certainly qualifies as well-documented history.

That said, I admit to still being slightly unclear to the who lived/who died of it all, even after having seen this two-hour long depiction. Although the first hour of Everest is devoted to establish just who everyone is, who they’ve left behind for this trip, and perhaps why they’ve chosen to embark in the first place, the second hour, when they’re actually on the mountain top and not faring well, finds them all bundled up in layers of goggles, ice, and REI-purchased outfitting. One ice-coated bearded white guy tends to blend to the next, and after a while, the unintentional blending is not unlike that of Ridley Scott’s Black Hawk Down. The difference is, in that film, the visceral chaos of the war story was heightened by the visual loss of individual identity. In Everest, it betrays the whole first hour of set-up, an already painfully clunky affair in and of itself. Perhaps not everyone will have this issue, but I did.

As solid as the very game cast is (a who’s-who of typical brawny and/or talented supporting players, including Josh Brolin, John Hawkes, Sam Worthington, Jason Clarke, Emily Watson, Robin Wright, and Jake Gyllenhaal [who actually gets the “and” in the credits], among others) it’s the grandeur and sweep of the arresting visuals and the promise of trekking up Mount Everest with these people that is the true selling point of this film. Presented in IMAX 3D (if you’re going to see this in the theater, this is the way to do it), director Baltasar Kormákur (2 Guns) satisfies for the most part. As hokey and clunky as the rest of the film is, when everything starts to go wrong, Everest becomes an effective cinematic experience. More than anything, I’m curious as to exactly how this was shot.

Considering the massive intentionality of the IMAX 3D presentation of Everest, it is a strange and even aesthetically disappointing decision on the part of Kormákur to use as many close-ups as he does. I’d venture to say that at least a third of this movie – one that’s been packaged so well as a visual marvel of nature – is actually the enormous faces of the actors, talking. I suppose this pays off later when we can see in astonishing detail just how much ice is up the nose of Jason Clarke. In any case, this very much seems to be the film’s way of having its cake (a massive IMAX spectacle!) and eating it too (it’ll transfer to TV perfectly fine).

This being a Walden Media production, the story is told in a “squeaky clean” manner, it’s PG-13 rating (only the second in Walden’s history, the first being The Giver from last year) is earned thanks only to “intense peril and disturbing images”. In other words, it’s probably the softest PG-13 rating in the history of film, as not one character ever utters a swear word, even when they may be entirely justified in doing so.

Everest does seem to have its heart in the right place, even as it makes movie-going spectacle from the story of the tragic deaths of several people. If there is a takeaway with Everest, it must be that perhaps this perilous expedition should be left to experts and locals. The film, meanwhile, is there for anyone to embark upon. 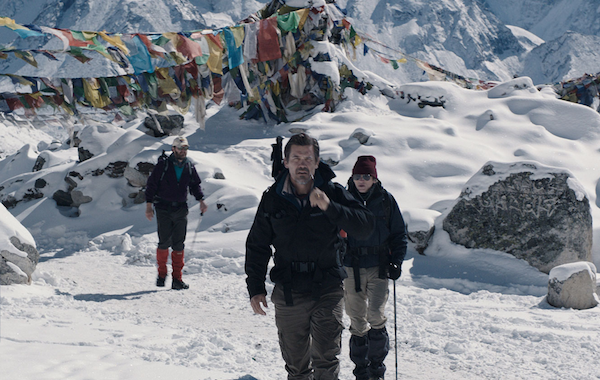 ERIK YATES: I also saw this in IMAX 3D, and agree that this is the only way to experience this journey. Like you Jim, I had trouble keeping track of who was who once the trek up the mountain kicks into high gear, but for the most part you are able to figure it out as the action kicks up a notch.

The cast really deserves a lot of credit for giving it their all. After the film, I resolved not to ever attempt such a climb. This is due to the effort of this cast to create the believability of this difficult trek.

It is the supporting cast that provides the necessary safety net for the main players that really sells this film. Keira Knightley is especially strong in a very brief role, as is Robin Wright, as the spouses of two of the climbers.

As Jim mentioned, the film has a lot of set up time, but doesn’t really get going until they are on the mountain. For the most part, Everest is able to avoid the pitfalls of being a “disaster film”, and instead is more of an engaging drama. This is partly because it is a true story, but also because the film never oversells the danger that the climbers find themselves in. When the storm comes in, there isn’t a large build up. It is simply another obstacle that they must face. This was refreshing and helped the believability factor as the story moved forward. While this is a pretty tame PG-13 as Jim mentioned, it doesn’t short-change either the danger or the death that comes to many who take on Everest.

One of the un-mentioned characters of this film is IMAX itself. In 1996, IMAX sent a team up the mountain to film what a climb up the tallest peak in the world is like. I was able to watch that film in the mid-1990’s and marveled at the footage they captured. The ice crevices, the steep ascent, and the dangers that exist from failing to acclimatize at each of the higher altitudes. That mid-1990’s IMAX team is mentioned as one of the 20 teams at base camp in this film, and by having the footage of this film contain so many IMAX shots, it places IMAX as the vehicle for the story, as well as a subtle character actor in a spin-off film of the same journey they have in essence already told.

On the whole, this is a competent dramatization of a difficult journey played by a fantastic cast, with amazing scenery and cinematography. It is a story worth being told. If you plan on seeing it, see it on a 3D IMAX screen. But if not, as Jim said, it will translate to the small screen just fine. 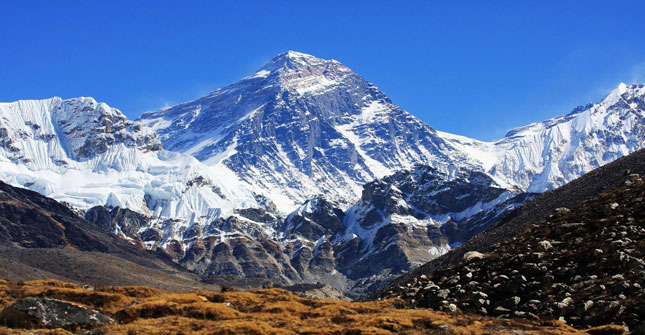